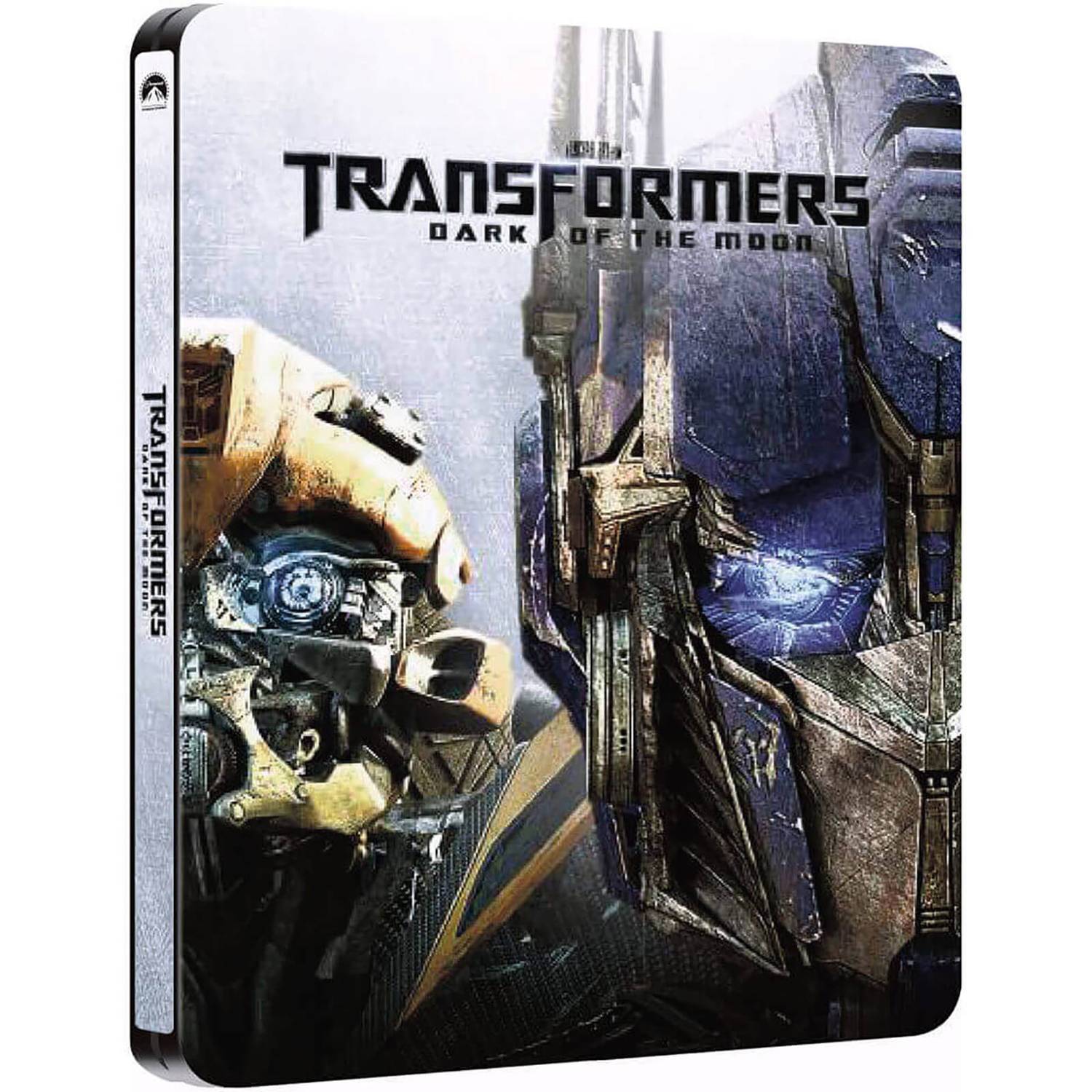 Outstanding product for its appearance and feel. I'm a huge fan of the Transformers movie series and this is a truly great addition to my Transformers collection. As soon as I saw the artowork for this I knew I had to have it! It feels nice with a clean embossed surface which really suits Optimus Prime's robotic face! Inside it gets even better, my eyes are forever blessed. The disc itself is the same as the original Dark of the Moon releases but that's not what this product is about - you would most probably be buying this for the steelbook. Thanks for reading, I highly recommend this!

Transformers Dark of the Moon steelbook

This is fantastic. Embossed front, cool looking, great movie. Get it while you can at a great price.

Beautiful steelbook! Fans of the series has to own this!

Not the best Transformers film in the series, however this is a lovely Steelbook and fits in well with the others produced. A must for Transformers fans and Steelbook collectors. A steal for the price!

Another Great Deal by Zavvi. Film is brilliant and I really enjoyed it :-)

a very nice steel book to my collection on week it took before i got it are from sweden i only hope that part 2 om transformers comes to me soon orded it the same day.

Megatron tastic I now have all three steelbooks and the audio on these don't come much better, The picture quality is brilliant and at price zavvi charge its a Steel , Nice one zavvi !

completed my transformers steelbook collection with this one, these movies are made for your home cinema systems.. thanks zavvi brilliant !

The steelbook has nice embosses title with an overall maty finish. The quality of image isnt low but could be better. 1 disc edition so not the best release but not bad for the price