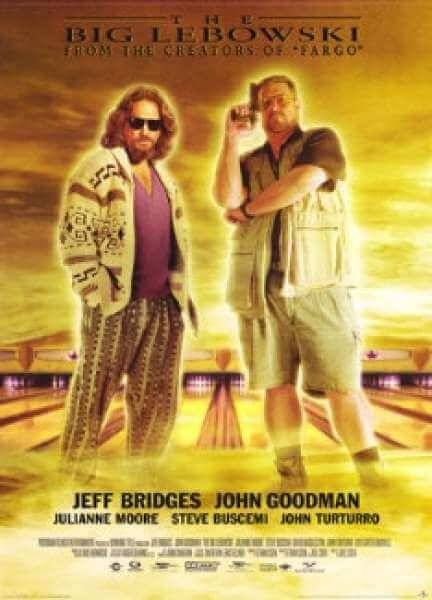 The Dude, Jeff Lebowski (Jeff Bridges) is unemployed and laid-back...
until...victim of mistaken identity, two thugs break into his apartment in the errant belief that they are accosting Jeff Lebowski the Pasadena millionaire.
In hope of getting a replacement for his soiled carpet Dude visits his wealthy namesake and, with buddy, ex 'Nam' veteran, Walter (John Goodman) he is swept into a comedy/thriller of extortion, embezzlement, sex and dope.
It takes guys as simple as the Dude and Walter to make a story this complicated... and they'd really rather be bowling.
studio:
Universal Pictures
Franchise:
The Big Lebowski
Director:
Joel Coen
Certificate:
18
Character Series:
The Big Lebowski
Actor:
Jeff Bridges
Steve Buscemi
David Huddleston
John Goodman
Julianne Moore
John Turturro
Subtitle Languages:
English, German
Aspect Ratio:
Aspect Ratio 1.85:1
Main Language:
English, French
Number of Discs:
1
Region:
2