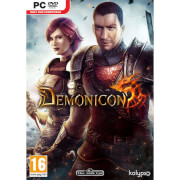 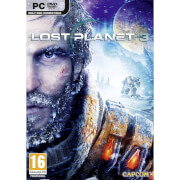 The third instalment from the multi-million selling God Of War franchise, God Of War III is coming to PlayStation 3, as the full wrath of Kratos is unleashed against the gods who have betrayed him and the entire ancient Greek world.

The third instalment from the multi-million selling God Of War franchise, God Of War III is coming to PlayStation 3, as the full wrath of Kratos is unleashed against the gods who have betrayed him and the entire ancient Greek world.

God of war is the best play station game ever!

My god, what a game! I had never even played any God of War games but I've always wanted to, so when Ascension come out I decided to buy the Collection and this. I've just beaten God of War 3, now I need Ascension! The game has amazing graphics, the story is spot on, and it just gets better and better - new weapons and magic are cool. If you have a ps3 then this is just one of the games you have to play, trust me!

God of War 3 (Platinum) is excellent.

I really love my God of War 3 (Platinum) game. I will buy my new games from only you, Zavvi. Thanks a lot.

The best video game ever made! MUST BUY!!!

Everything about God of War III is absolutely amazing. The stunning graphics are still unmatched by anything else on consoles, the original soundtrack is beautiful, the game play is fun, deep, varied and responsive, the story is amazing and the characters a very interesting. This game redefines epic with the most impressive set-pieces and boss fights you'll ever see in any medium. The game is roughly 10-12 hours long and demands to be replayed, this is easily the best game on the PS3 and I recommend it to absolutely everyone, this game MUST be played! Make sure you buy and play through this game.

Great end to the GoW saga!

Excellent game. Can't believe I waited this long to play it!