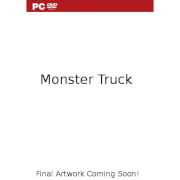 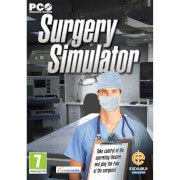 Players will build the adventure from Privet Drive to the Triwizard Tournament in an interactive journey that takes them through some of the most detailed and expansive environments ever created for a LEGO game. Featuring potion-making, spellcasting, puzzle-solving, and more, players of all ages can relive the adventures like never before with the humour and creative customisation that is unique to LEGO videogames.

Players will build the adventure from Privet Drive to the Triwizard Tournament in an interactive journey that takes them through some of the most detailed and expansive environments ever created for a LEGO game. Featuring potion-making, spellcasting, puzzle-solving, and more, players of all ages can relive the adventures like never before with the humour and creative customisation that is unique to LEGO videogames.

Having started to play Lego video games with the latest (Lord of the Rings), which is truly a hit, this Lego Harry Potter: Years 1-4 game is a bit less impressive. The lack of voices and the game play do not make it as good as the other recent ones. However, the saga is well respected and Harry Potter lovers will be happy to play it.

I love the LEGO games. This game is wonderful.

Lego Harry Potter: Years 1-4 is another Lego Adventure, and the kids simply love it.

As with all the LEGO games, LEGO Harry Potter: Years 1-4 is a great game and a must have to add to your collection.

Amazing game, fantastic graphics and playability from another classic Lego game from TT. The kids and I love Harry Potter, and love playing!

The charming LEGO franchise brings you its very own version of the first 4 Harry Potter movies. Its a nice, fun if somewhat easy game that is especially fun when playing with a friend.

Lego Harry Potter is really very good and it is possible to play together with your whole family! We really enjoy it and recommend it as a game for all the family!!!

Happy Potter plus lego... what more could you ask for?

We all know that it is about time for Harry Potter to hit Lego style. And it did, also pretty well indeed. Being still a HP game, it is one of the best that there are. Movie based games are usually weak, but combined with Lego it can still do a trick. The game is massive and it can be tiring after some time as well as confusing, but if you are playing it with a friend then add one star more. It is one of those games that is meant to be played in a gaming party.

I bought this for my soon to be 7 year old daughter for Christmas, who loves Harry Potter (the books - which I've read to her at bedtime, and the films which she's seen most of), as she's just started getting interested in playing computer games. One of the really fantastic aspects of this game is that you can play co-operatively, so I use one controller and she uses the other and she feels completely involved in the game but doesn't end up getting frustrated with it at all. We've both really enjoyed playing the game together, and she loves it - always asking to play it! Fantastic fun and really well made - very detailed! Highly recommended. Also, I ordered this game so close to Christmas that I ordered it in full knowledge that it wouldn't arrive in time (it stated that it wouldn't arrive in time for Christmas) - but it DID arrive before Christmas - wonderful bonus!