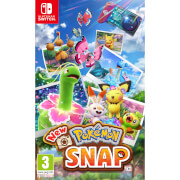 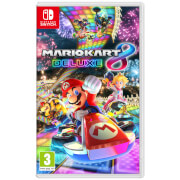 Rise of Nightmares offers a spine-tingling horror experience which uses the innovative new controls of Kinect to give players the ultimate fright. Using their whole body the player will experience fear and tension as never before in this first person horror adventure. 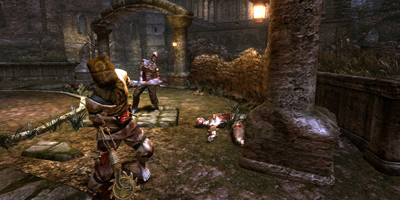 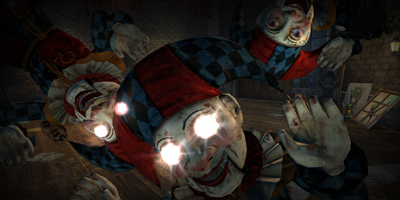 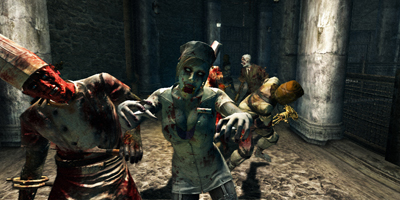 Rise of Nightmares offers a spine-tingling horror experience which uses the innovative new controls of Kinect to give players the ultimate fright. Using their whole body the player will experience fear and tension as never before in this first person horror adventure.

All the scary things and actions give you realistic experience.

Rise Of Nightmares (Kinect) is an amazing game. My kid and I love fighting the zombies. It is all round great, the only downfall is 1 player but would definitely recommend to friends and family.

Rise Of Nightmares is a good game for Kinect. Upgradeable graphics, but for the price I highly recommended for Kinect originality.

A good game, surprisingly good at move caption, but a little too directed story, more freedom to interact with the environment is missing, but it is a great game to have in your Kinect collection if you like horror stories.

Despite not having the best reviews I found Rise Of Nightmares a lot of fun yet at the same time quite stressful. This game is fun for several reasons : it is SO different, very intense and the story is interesting. I have jumped so many times playing this game with my friends that I am wondering if this is scarier than a horror movie. I wouldn't say this is the best game ever but an amazing amount of effort has been put into this game and it shows. Some of the controls could be better but part of it is that you get too scared and it's so intense that you're trying to kill the enemy too quickly.

normally it wouldnt deserve four stars but with all the crap out for kinect this one stands out, controls take a while to get used to and you definitely need more than 2.5 metres distance to play but all in all one of the best kinect titles so far and definitely a workout, my legs were sore for three days after finishing it

An excellent example of a missed opportunity

When i picked up a Kinect not long ago, this was one of the games which was top of my To Get list, because short of playing the Resident Evil Wii games, interactive gaming and survival horror just don't cross paths very often. Unfortunately, the horror element is distinctly lacking in this case. From the game's opening sequence right the way through, the scares are predictable and the atmosphere rather cliched after about 5 minutes. The enemies, playing basically upon the zombie theme with a slight variation, don't elicit any real sense of fear, even playing the game in the dark. The combat system is enjoyable for a while, but fails to really pull anything new out of the bag- because the sensor does not always track your movements properly in-game, you can end up attempting to swing to hit an enemy's weak spot and instead hit their armour, costing you, which can cost you precious time and health. After a few hours, this can be incredibly frustrating. However, remarkably, despite it's flaws, the game is fun to play, in the same way that House of the Dead Overkill was fun- it's perhaps the cliched nature of the game that lends it a sort of character of its own. It manages to draw from a few maintream horror films and genres (Hostel, Frankenstein, haunted castles) and at points does show moments of sheer brilliance. Overall, Rise of Nightmares is far from being a perfect game, but it's a fun one to play if you want to get a few cheap scares in the night. Just maybe think about getting off the next train you're on if a gypsy fortune teller warns you you're going to die, yes?.....

First of all I have to say, this game is taking gaming itself into a higher level. Yeah sure, the controlling thing could be better, more refined, but still, it is worth a look. Even if it is a horror game with lots of blood and violence, you won't be very scared. Grafics, well, it's okay. Nonetheless, it has never been more you who plays the game. You are Josh, who recently lost his job and seems to be in the middle of a life crisis. After some kind of tutorial, the game starts during a train ride through Eastern Europe. You and your wife Kate are having a little argumente over that drinking problem you still haven't overcome. What seems to be another marital dispute turns into a real time nightmare, as you witness a stranger, well more to say a kind of monster man wearing a mask, who has just slaughtered all passanger of a train compartment, kidnapping your wife. Before you're able to do anything to help Kate, the train derails and you have to run for your life. Finding yourselve and a hand full of other survivors from the accident, you struggle your way trough the wildness of this area, just to find yourself surrounded by more or less human creatures and their insane master, a brutal bastard who seems to have fun torturing human to death. Use all kinds of weapons you find around the place or even your bare fists or just kick your enemies asses. Playing this game is fun, but at first you problably won't be able to play more than half an hour, because it is exhausting - and I mean exhausting! Punching and kicking your enemies will make you think your in the middle of a sports lesson. Rise of Nightmares will give you a unique game experience that is definitifely worth a try.

review on rise of nightmares

this is a great game especially for kinect. the only bad thing is you cant look up or down. itt was also delivered very fast.

To start off with the negative although I received this game at a very very good price, I was disappointed to receive the game with a broken case. However, due to my excitement to try the game I decided against sending it back The game itself is quite simple to pick up your moving your shoulders either right or left will dictate which direction your character goes in, to walk you just put one foot in front of the other, even my 5 year old niece got into the swing of it quite quickly. The gameplay itself is good and I extremely enjoyed pulling off a triple combo by clubbing a zomnie followed by a left hook and a kick to the groin it was extremely satisfying. There are a couple of jump scenes whilst walking you get jumped by a zombie from no where and you have to push them off which is a nice touch. The kinect seems to pickup your movements very well and I havent had an instance where I have had to make a move 2 to 3 times for it to register which is good. The only problem is sometimes walking and moving can leave you a bit discombobulated as you try and find the zombie before they spit in your face. All in all for a good laugh I would recommend this game