It's been six months since Dubai was wiped off the map by a cataclysmic sandstorm. Thousands of lives have been lost, including those of American soldiers sent to help evacuate the city. Today, the city lies buried under sand - the world's most opulent ruin. Now, a radio signal is broadcasting from Dubai. A Delta Force team is sent to infiltrate the city and find its source. 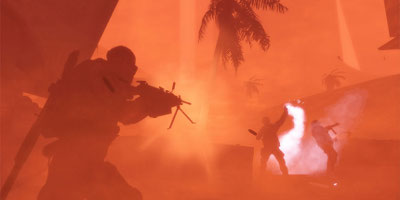 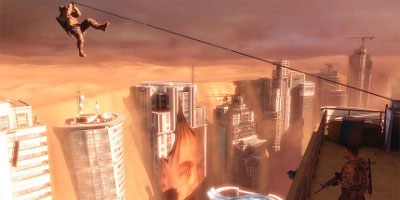 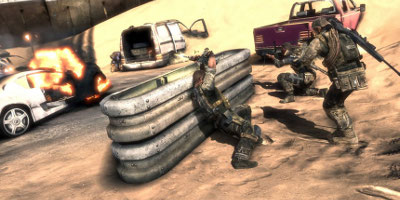 It's been six months since Dubai was wiped off the map by a cataclysmic sandstorm. Thousands of lives have been lost, including those of American soldiers sent to help evacuate the city. Today, the city lies buried under sand - the world's most opulent ruin. Now, a radio signal is broadcasting from Dubai. A Delta Force team is sent to infiltrate the city and find its source.

I was expecting a cool and good military shooter, but I was so wrong, thankfully, this game is so much more, and after the first play through there is so much so see if you get the "right" ending, so much which forshadows everything, they've done a lot to hide some cool stuff, please to all who like shooters, this is a great game.

Spec Ops: The Line is quite good. It's full of hit of scene and is immersive. It is quite long.

War is grim but gripping

Nothing new or innovative here in terms of the third person shooting, and the multiplayer isn't really worth it. However the story is what sells this game. Believable characters with an engaging story full of twists, turns some pretty disturbing visuals. I also liked that the voice of Desmond in Assassin's Creed plays that of the lead character Walker. An enjoyable experience.

Spec Ops: The Line is the best adaption from a book I've seen in a long time. The voice acting (English) is awesome and the graphics are good. This shooter does everything right to give you an aftershock and longer lasting questions. It's a game that makes you think, and let me tell you the story is really like a kick in the guts. The endings will shock some people, because there are different choices to make along the way which will produce different endings.

Worth the budget price

I had played the demo for Spec Ops: The Line and found it enjoyable, so kept an eye out for it at a lower price since its release last summer. Whilst essentially a meat and potato 3rd person shooter with its complement of pistols, rifles, shotguns and grenades, the storyline offers a little more to get to grips with than the average military title, certainly avoiding the sub-Bond histrionics of the various CODs. Still, despite trying new things in terms of plotting The Line hardly wins prizes for originality, being an overt adaptation of Apocalypse Now, swapping the jungles of 'nam for the post catastrophe sand blasted ruins of Dubai, but still involving a journey to the heart of the city to confront the rogue colonel Kurtz with a lot of questionable moral actions along the way, and fuzzy, hazy pop soundtracking the action sequences. There are a few binary 'moral choice' moments familiar to fans of modern RPGs and some fourth wall self-referencing (think of the original Bioshock's twist and you're in the same area), but most importantly the gameplay mechanics are solid, the game is short and action packed and it's a fun ride that offers a few ideas along with the bangs. This is well worth a purchase at the low price point.

Spec Ops: The Line is a good game.

Very good game that differs from the standard shooters. Has some intense scenes and decisions in it.

Want to know the mystery of Dubai? As Captain John Walker in Spec Ops: The Line, you are just going to find out the terror and the secrets of unit 33.

Spec Ops: The Line is OK but short, although the story makes it remarkable. It's the story of three soldiers, that are in the middle of something with a twist at the end.

I loved Spec Ops: The Line, the gruelling yet fascinating story is unlike anything you'll find in a shooting game. The same can be said for the setting, a Dubai torn apart by sandstorms and Civil War makes for a fascinating and diverse setting which never ceases to impress. The multiplayer is pretty decent. I implore you to buy this game, it plays just like Gears of War but boasts a far more memorable story. One of my best purchases this year.