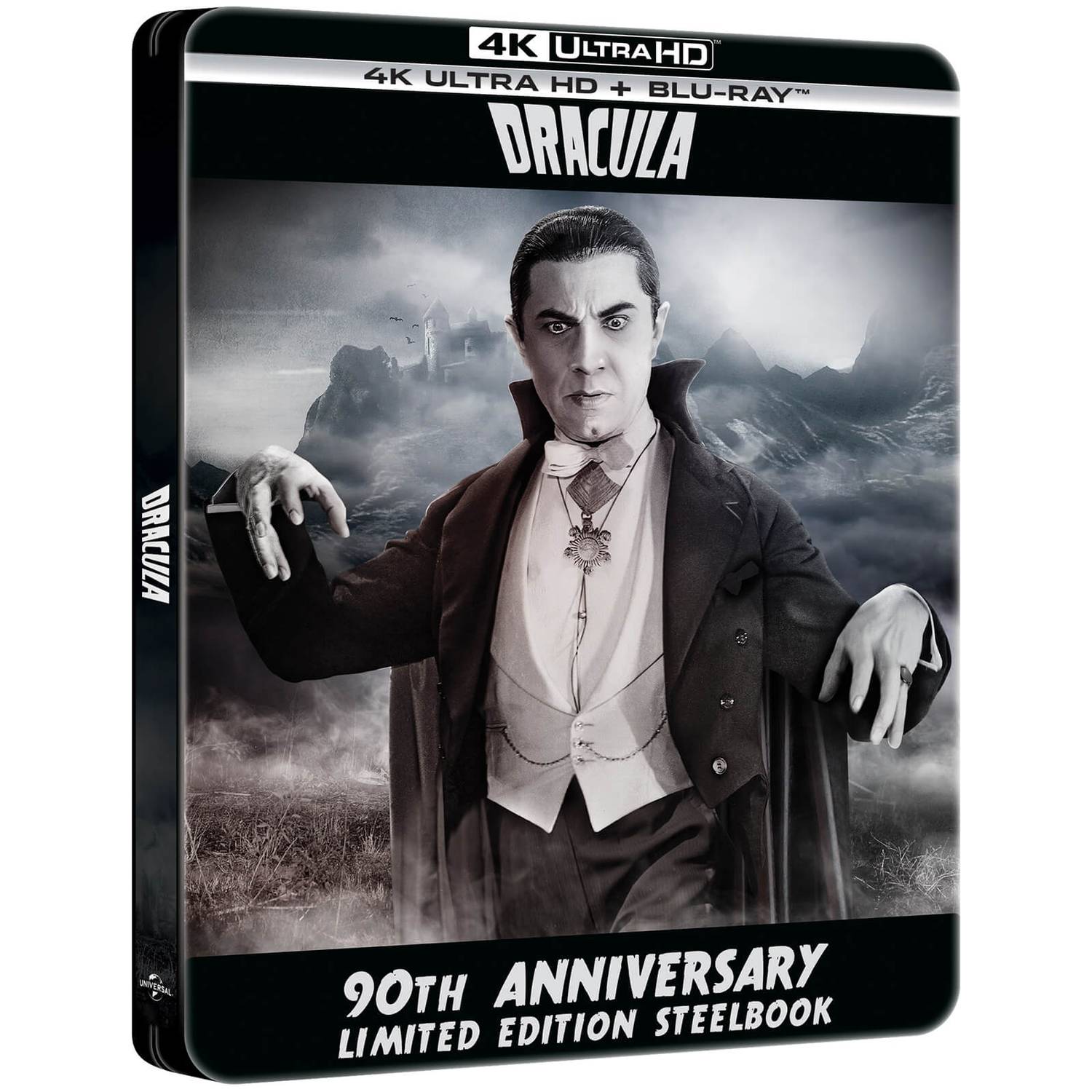 The original Dracula, starring Bela Lugosi, launched the Hollywood horror genre and defined the iconic look and frightening character of the famed vampire. Towering ominously among the shadows of the Carpathian Mountains, Castle Dracula strikes fear in the hearts of the Transylvanian villagers below. After a naive real estate agent succumbs to the will of Count Dracula, the two head to London where the vampire sleeps in his coffin by day and searches for potential victims by night. The inspiration for hundreds of subsequent remakes and adaptations, this classic film directed by Tod Browning is the signature adaptation of Bram Stoker’s story with its eerie passion, shadowy atmosphere and thrilling cinematography.

The original Dracula, starring Bela Lugosi, launched the Hollywood horror genre and defined the iconic look and frightening character of the famed vampire. Towering ominously among the shadows of the Carpathian Mountains, Castle Dracula strikes fear in the hearts of the Transylvanian villagers below. After a naive real estate agent succumbs to the will of Count Dracula, the two head to London where the vampire sleeps in his coffin by day and searches for potential victims by night. The inspiration for hundreds of subsequent remakes and adaptations, this classic film directed by Tod Browning is the signature adaptation of Bram Stoker’s story with its eerie passion, shadowy atmosphere and thrilling cinematography.

Hello. Thank you for the products that you always have ideas for. It arrived as planned this time as well. We look forward to working with you in the future. Adachi

This looks stunning on my 4k player and tv, absolutely stunning picture and sound, beautiful steelbook as they all are and obviously a transfer of love Not my favourite (Wolf Man) but that's personal choice but I've bought all 4, none of which has ever looked better and I thought the blu ray coffin edition couldn't be beat and until technology moves on this won't be

Take A Bite At This

The Film looks like it was just made today. This is a glorious restoration in 4K of This Universal classic. I simply can't praise it enough .I have purchased The Wofman , Invisible Man, and Frankenstein if there anything to go by The Dracula 4K release I will be one happy film fan.

A legend in 4k

Given the loving care and attention Universal have already given to restoring this classic film, this should look outstanding in 4K. Yes it will look grainy and yes it will be occasionally soft, but that’s the nature of a NINETY YEAR OLD film! The 4K (presumably HDR) release gives us the closest we are likely to get to seeing it in the original quality. That said, taking into account the duplication technology back then and the work done to provide the best transfers today, we are almost certainly being offered it in BETTER quality than most cinema-goers got back in 1931!

35mm film exceeds digital UHD (which is NOT 4K) resolution and 70mm film equates to 12K; obviously each film cell has to be scanned and digitised. The ignorant opinion that if it's film based then it can't be "4K" crops up repeatedly and serves only to highlight the lack of education of the proponents and also their lack of common sense if they stopped to think about the size of a typical cinema screen or giant billboard using a 35mm still! I own several UHD transferred films from decades past and they look magnificent via my UHD (still not 4K) player!

Well worth the wait

Totally unfair comments by Francis who clearly hasn't a clue about 35mm shot movies. With today's technology of restoration this film will look stunning on 4k. Cant wait to get this masterpiece.

Just to clarify the misinformation in the 1-star review below... old movies were shot on film. This one, as many others, on a 35mm film, to be exact. Unlike modern digital cameras and panels which contain a matrix of evenly distributed pixels that you can easily count to determine the resolution, a film contains lots of tiny silver-halide crystals which imprint the image so it's hard to come up with a specific number for the "resolution". However, it's said that roughly at a resolution of about 5.6K (5,600 × 3,620) the scan of a single frame of a 35mm film will be precise enough that you'll see every single speck of grain. Therefore, every movie shot on 35mm film can be transferred to 4K (digital effects aside as those weren't used in very old movies). Will it be grainy? Sure, but it is a real high resolution 4K image. Ironically, some newer movies might not be "real 4K" if they were shot digitally with a 2K camera (such as the industry standard Arri Alexa in early 2000s).

Someone has to counter the ridiculous one-star review given by Francis, so I'll jump on it. Yes, 4K/UHD didn't exist in 1931 (or 1941, or 1951, or 1961...) because movies were shot on FILM. Movies are still shot on film to this day (and some are shot on digital.) Film is ANALOG not digital. The most commonly used film is 35mm which has an equivalent resolution to 4K UHD. I saw my first movie in the theater probably around 1975 and I can assure you that it was indeed "HD" in appearance. Why? Because I was watching a FILM that was projected onto a SCREEN. Now, film can, and will, degrade over time. That is why film *restoration* is done on movies and then they are transferred to a digital format for distribution to home video (DVD, HD, 4K/UHD, etc.) So, we are NOT wasting our money when purchasing 4K digital media. Now, if the restoration and transfer is not done well, the result may not be the best (and this has happened on a few high profile releases in the last couple of years.) To be sure, you can wait for one of the several reputable magazines/websites that do detailed reviews on home video releases before purchasing a disc.

Considering this is a film made in black in white in 1931 when there was no such thing as high definition, makes this an overpriced steelbook just to cash in on those who collect them, because no matter how high the definition is on the disc the film will still look old, grainy and low definition. Therefore, anyone who purchases this 'so-called' 4K blu ray disc steelbook has to be a gullible mug who wastes money.