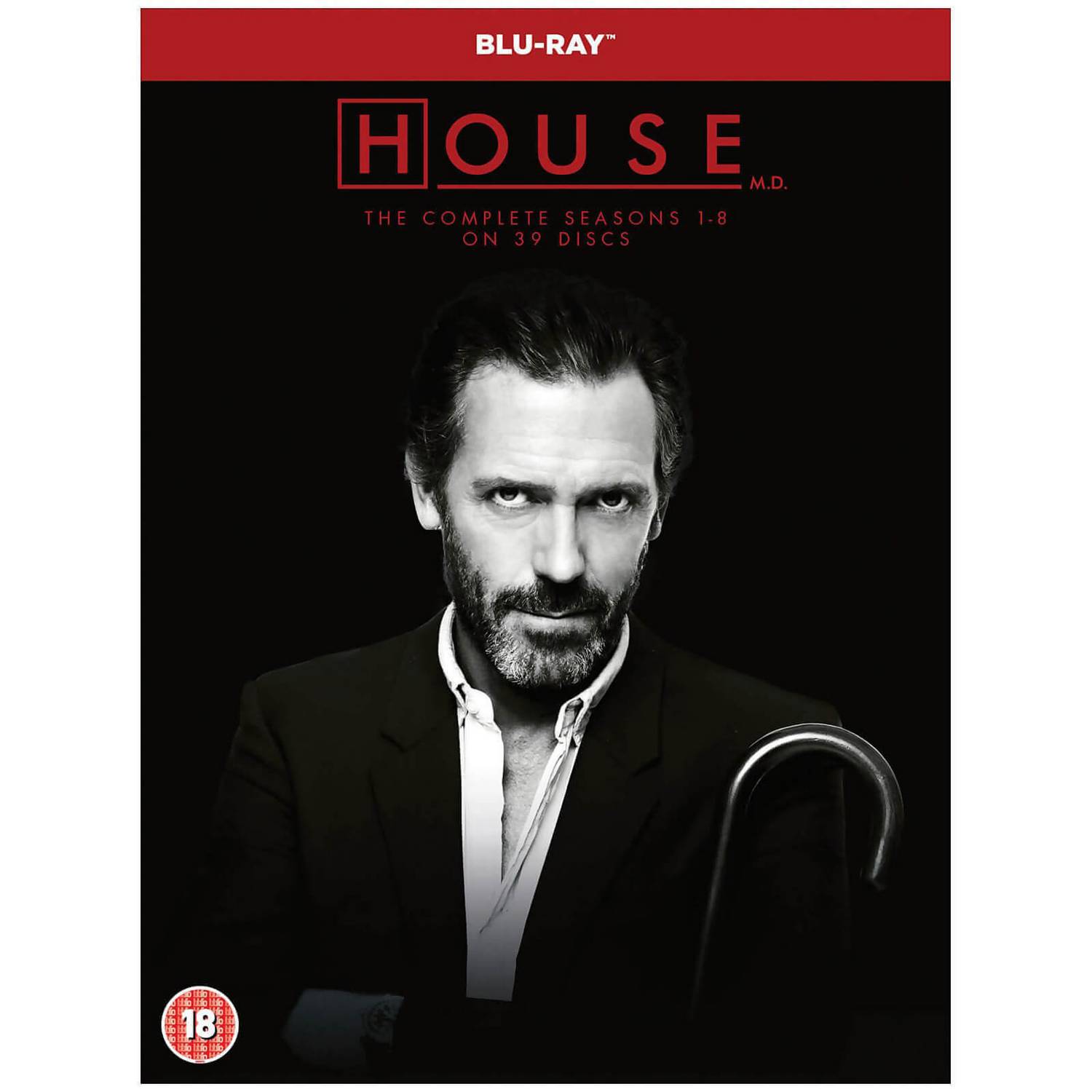 Every baffling case. Every brilliant diagnosis. Every brutal insult. They're all here in all eight seasons of House, M.D., for the first time in High Definition in its entirety, the compelling medical drama that critics proclaimed 'one of the smartest and intellectually bravest shows on television' (Jennifer Arrow, E! Online).

Every baffling case. Every brilliant diagnosis. Every brutal insult. They're all here in all eight seasons of House, M.D., for the first time in High Definition in its entirety, the compelling medical drama that critics proclaimed 'one of the smartest and intellectually bravest shows on television' (Jennifer Arrow, E! Online).

Awesome show... shame about the packaging!

Everybody knows this series is awesome, everybody knows the characters are great. What everybody does not know is the packaging for this box-set is absolutely aweful. I am fed up with buying these box-sets that house (no pun intended!) all the discs so badly. Why can't they just put the regular series box-sets into a box and release them like that. This thing is just rubbish. House M.D. TV Show - 100 House M.D. Packaging - 3

Top quality and brand new. This is the best offer i could find anywhere on the internet. They even sent me a box of tix tacs. Thank you!

Still as perfect as the first time watching.

As the review title says. Still a perfect show.

The quality is stunning, I was worried that the quality on the early seasons wouldn't be great but it's almost as good as the most recent seasons. Every season looks stunning. It's the best way to watch a fantastic show. And it's a very well packaged boxset that isn't at all cheap, it comes in a really big box with big cases for each season. It's a very high quality box and it's a set that anyone should be proud to own. 10/10.

My husband and I both loved watching this series and so I have bought him the boxset ready for his birthday in February. I looked online and this was by far the best value boxset there is. It was easy to order and arrived a couple days later. Very well packaged, very pleased!

The item arrived quickly, but the package it was in seem damaged and old. Had a little bent corner on the dvd box, but other than that it was perfect plus very cheap. I would buy again.

This product was perfectly packaged and arrived ahead of schedule so there were no problems during transit. 39 disks with 177 episodes on Blu ray cant complain!

A Hospital Procedural That Is Different

Eight seasons of a show that stood out on its own thanks to a great lead and a fascinating take on your regular hospital procedural. Grey's Anatomy, ER, General Hospital...all of them had their own style. House M.D. is another show that is similar and has its own style. The only other show I'd compare it to that is in a similar vein is Suits (where you have lawyers and paralegals engaged in various deals and whatnot that play on a personal and professional level). This is more or less how it is pictured: A durable cardboard box that consolidates all eight seasons, with their individual season cases, inside. All of them are region-free. The box isn't perfect, though. If you're finicky about how it looks, expect that it'll have some scuffs and bumps in at the corners. These are minor to no worries. If anything, they reinforce how durable the box is (and that's a big plus for me when we're talking something that holds a bunch of seasons inside). I've bought various box sets before and not every one gets high quality treatment. This one ranks up there, though. Is this worth a buy? Heck yes, if you're a fan of the show or of hospital procedurals. Expect case-of-the-week episodes, with good character plots and the guest casting...some stars you'll even recognize from TV and movies from then and now. It's worth it.