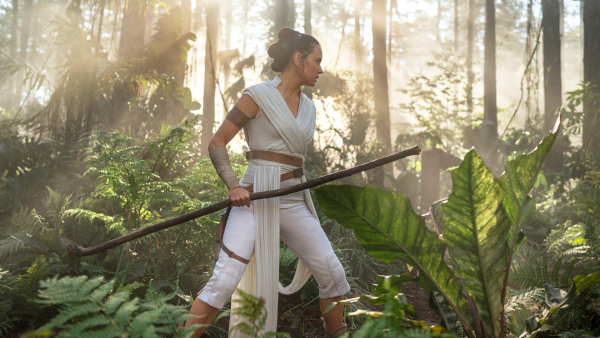 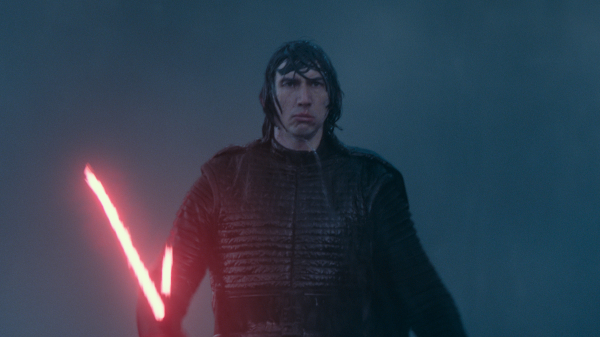 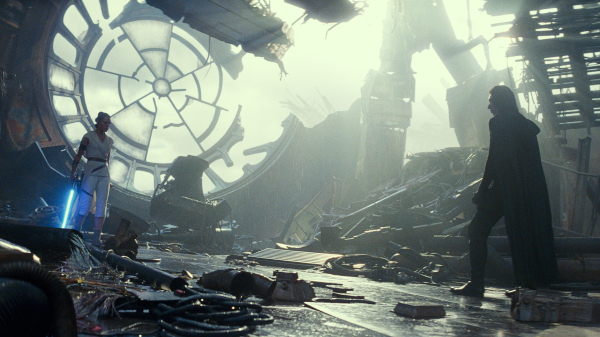 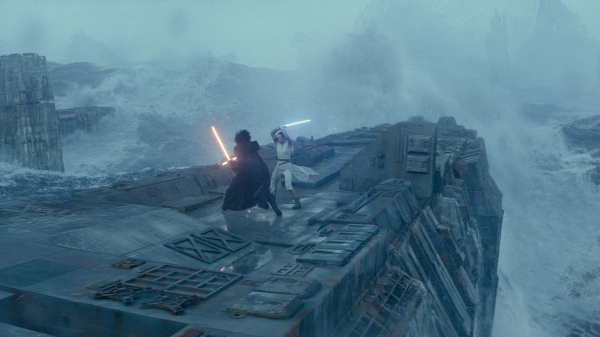 The Cries of Skywalker (fans)

Star Wars isn't a film to me - it's a life touchstone and a cultural entity as important as any other in my life. I was 6 when Star Wars came out and was happy when the series finished in 1983 with ROTJ and then again (after an unexpected second chance) in 2005 after ROTS, so I approached the sequel trilogy with optimism and left as happy again in 2019 after TROS (same letters - different order). Is the film perfect? No. Does JJ Abrams do his best to finish off a trilogy of trilogies and give everyone (including the dead) a good send off? Yes. All the Star Wars stuff is there, the action, the sense of belonging, the Force and some ripping lightsaber action. Switch off and enjoy it for what it is. In terms of this Zavvi release - the tin is gorgeous - really good and vivid colours and sturdy insides. It'll enhance your enjoyment of your collection as EVERY film looks better in a tin (sorry - Steelbook). May The Force Be With You

If you like steel books this is more in line with Last Jedi than TFA and RO which had fairly generic artwork. Realy nice artwork that looks good on the shelf. The Blu-Ray and contents is great and personally I enjoyed this final entry in the Skywalker saga. Not perfect, but entertaining.

Compared with older Star Wars movies SteelBooks, this one is quite pleasing, while not entirely glossy (shiny), yet the Spot Gloss and the embossed title make it much better than other "bland" ones that were produced for previous movies in the final trilogy series. There are three (3) Blu-Ray disks, one 3D, one 2D and one with special features, but none of them have Dolby Atmos, which can be only found on the 4K Ultra HD disk (other edition than this one), just the DTS-HD Master Audio 7.1. The 3D is not great, but that was the same for all and any of the Star Wars movies, which is known already.

At Last, The Circle Is Complete

So ends the Skywalker saga, on a less than incredible note, with a film that does little more than please the most staunch of SW fans...following on from the flack received by TLJ (which I liked!) they seem to play this one SO safe, I couldnt help but cringe...a lot. Introducing and throwing away new plot points with reckless abandon, all the while technically giving fans exactly what they want. Its a fun film for sure, but full of holes and missed opportunities IMHO. The packaging here though is great, love the steelbook, always a fan of embossing on the logo and full of great features.

What can I say fantastic film and even better steelbook, great art work. Well worth buying on steelbook completes a fantastic legendary series

A great end to a lifelong story.

I loved it, you'll love it nuff said.

There are lots of mixed feelings from people about all Star Wars films, but if you are considering buying this steelbook you probably know that. I loved this film, and was really pleased to see it available in 3D steelbook form. It doesn't really 'match' the previous steelbooks of the Disney-Lucasfilm era, but none of them match, so they have that in common. This is a beautiful steelbook though, whether bought for the 4K or 3D edition of the film (a shame almost no-one releases both in one package anymore). Remember, the Force will be with you, always. In 3D! In a beautiful steelbook!

When it came to the final chapter of the Skywalker saga the only place to purchase your merch is Zavvi. I love the quality of their steelbook and dispatches are quick. Not the best Stat Wars movie but a satisfactory ending to a saga spanning over 40 years. Watch it, enjoy it and be entertained.

Managed to order this a while back. When it came I wasnt disappointed. Lovely artwork throughout. I purchased the 3d and blu ray version as I don't have 4k. But the picture is awesome. Has many features A great Steelbook that deserves to be in everyone's collection