Kenneth Branagh’s new film Belfast feels like home. The director’s most personal film to date, Belfast’s story is based on his own childhood memories, of the place he grew up in and the people there he loved.

Set in Northern Ireland’s capital during the summer of 1969, we see the world through the eyes of nine-year-old Buddy (beautifully played by newcomer Jude Hill), from the joys of seeing a car fly at the cinema to The Troubles that loom over the community.

Whilst the story has a very specific setting, the themes of family, love, community, childhood, and memory ensures that all audiences will find something to connect with. As Hill tells us, “everyone can relate to the film on some level, as we all go through something when we are young”. 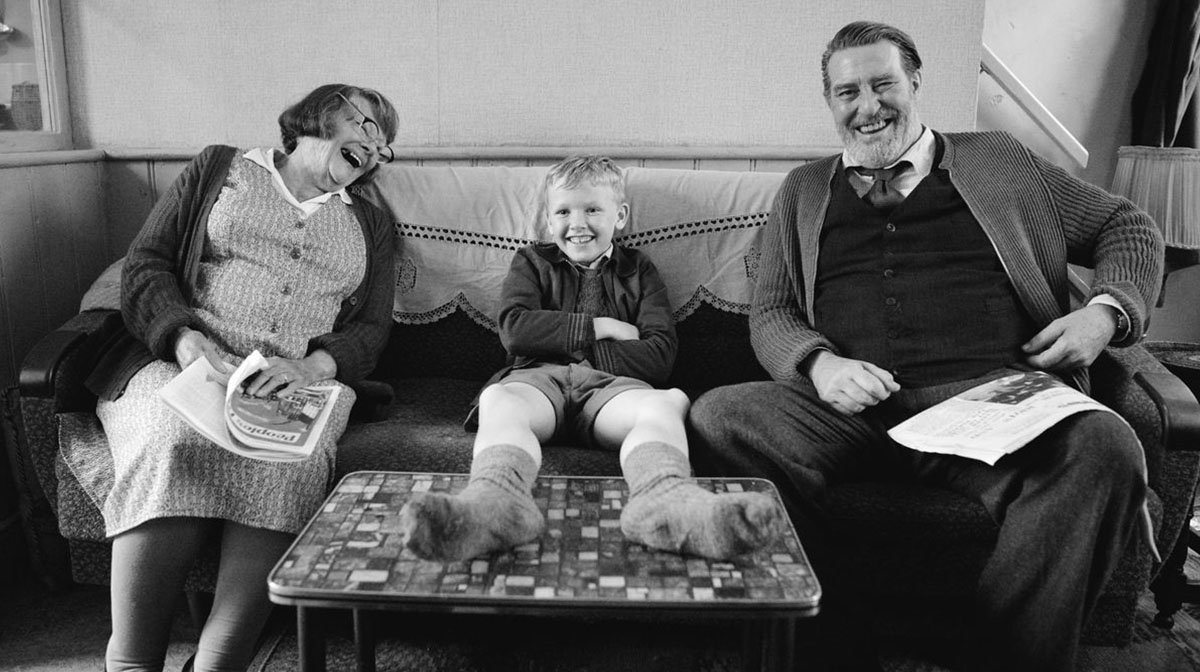 “It’s truthful and authentic. Ken must still have in his mind and heart memories of these people – his neighbours and friends. It’s something very essential, creating not just the family but the community too.

“He’s included all of these people, as they were all part of the moving pattern of his childhood. It’s a glorious thing to witness. People will be transported watching this.” 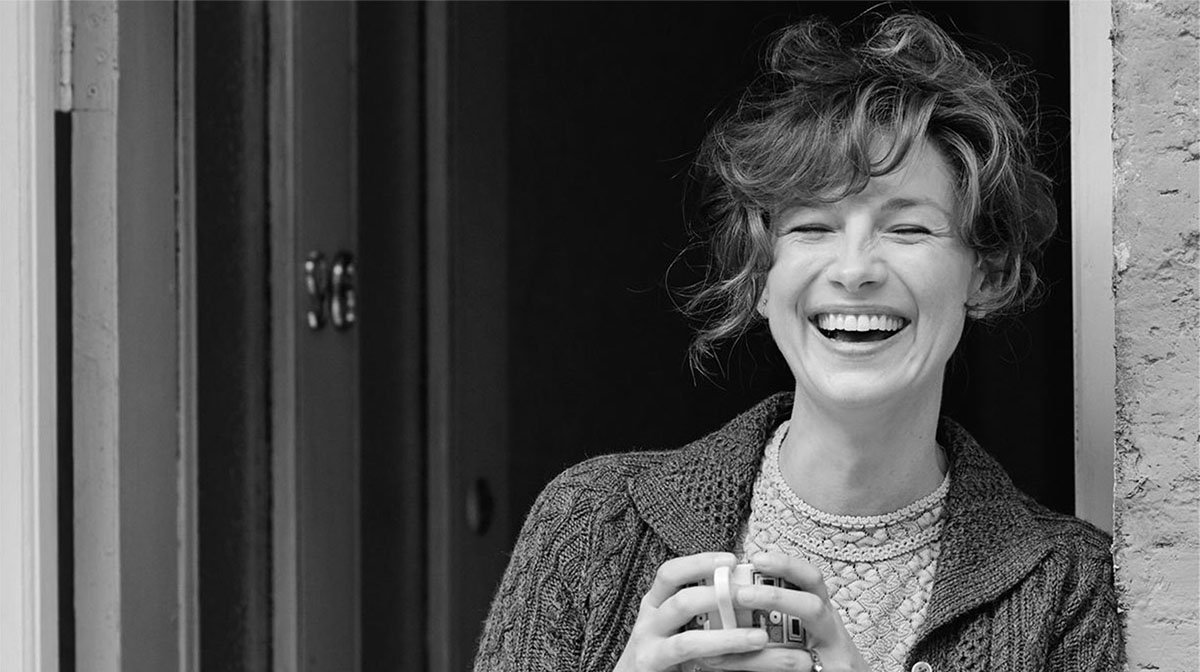 For Hinds, the story hit even closer to home given that he grew up in Belfast too in this era, on the same streets as Branagh although they never met. The film then took him back in time:

“It certainly unleashed memories that had been tucked away, certain flashpoints from my life. I was 16 when this film is set, I lived in Belfast for another four or five years, leaving for London when I was 20.

“The authenticity Ken created from the get-go, even reading the script, was phenomenal. It had everything even though we came from different sides of the divide [Hinds was Catholic and Branagh Protestant]. It’s the same experience of growing up in Belfast.”

With the story reminding Hinds of his parents and grandparents, he believes they had a role to play in his performance as Pop, even if it was in a subconscious way saying, “maybe I wasn’t aware of it but their spirits arrived unbidden, they were around”. 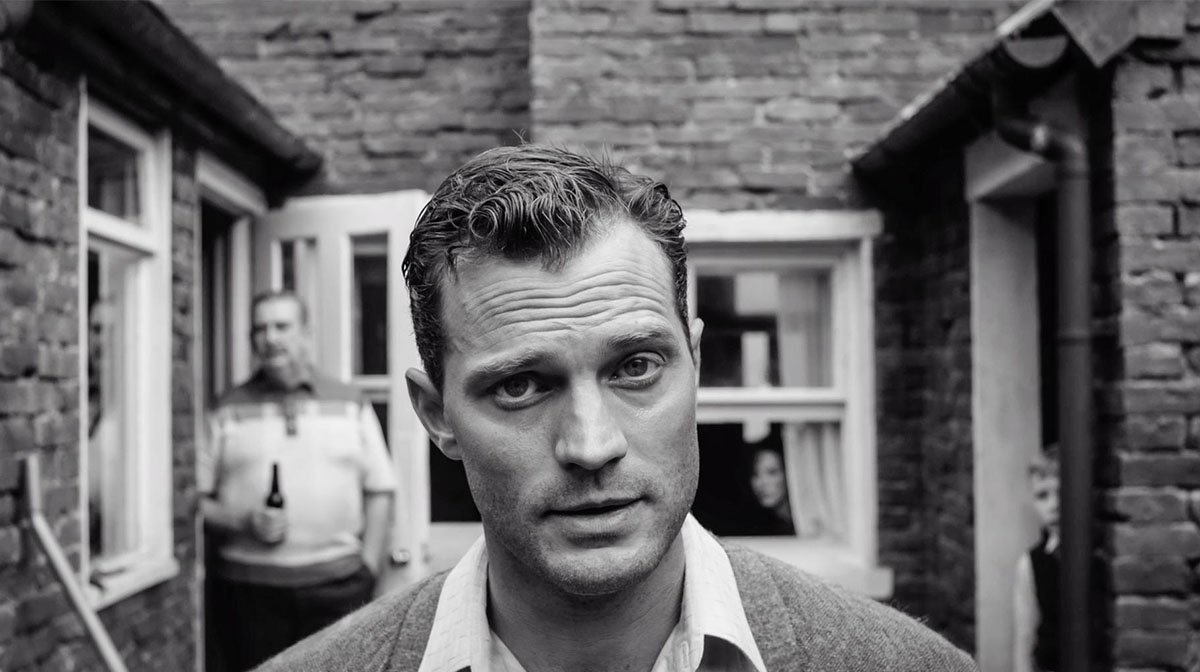 Hill also tapped into his own relationships with his family for his portrayal of the young Buddy, but he additionally harnessed the bonds he formed with the cast and crew too.

Given how close the central family and community are on screen, it’s no surprise to hear that connections were formed off screen too, with Hill saying this happened from day one:

“As soon as I met the cast at rehearsal, something just clicked – we were great friends from the get-go. And we got closer with every day. By the end of it we were crying on the last day. We had become family and it was very sad to be leaving.”

Hill’s comments causes Hinds to chuckle, telling him “speak for yourself young man”, before admitting that he too shed a tear on the final day of filming, adding that the whole shoot was “a quietly emotional time just being engaged in that level of storytelling”.

Our advice would be to bring the tissues – I’m sending my Kleenex bill straight to the Belfast team! 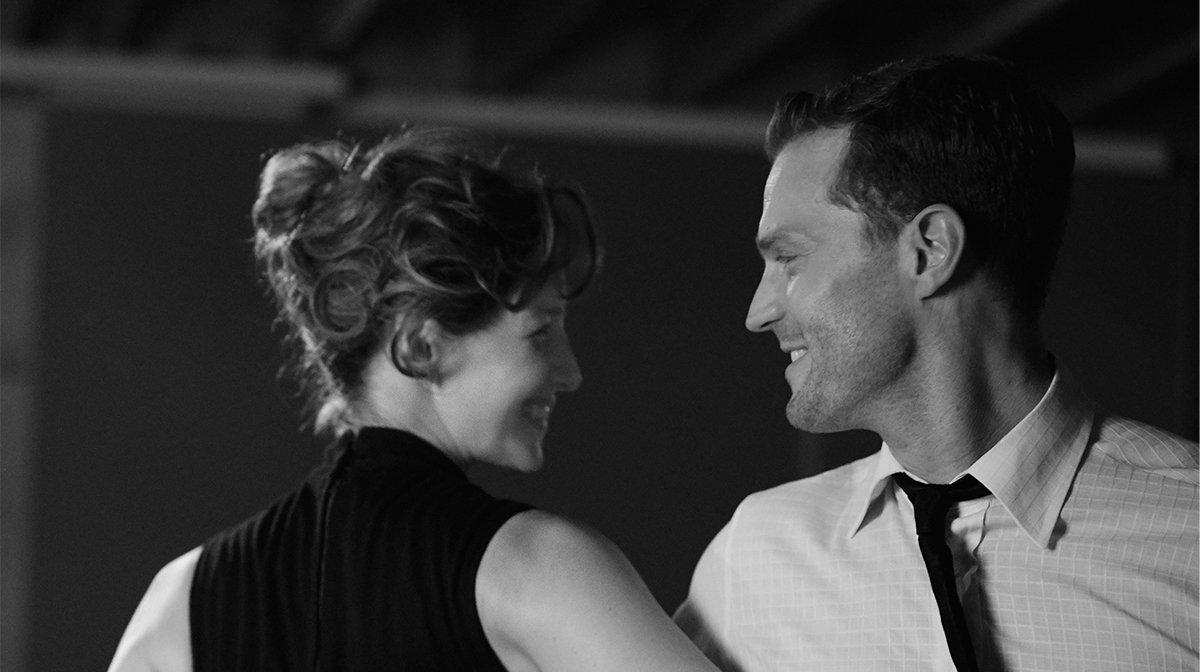 With the film being predominantly told from Buddy’s perspective, this was undoubtedly the single most important piece of casting. Initially around 300 young boys auditioned for the lead role, with Hill winning the part, Belfast becoming his feature debut.

That’s something quite difficult to believe given that the young actor delivers a phenomenal performance, clearly a natural in front of the camera.

Originally wanting to be a software engineer when he grows up, Hill’s experience on Belfast has changed his dreams, now hoping instead to continue a career in acting:

“From a very young age I have loved to perform – reading poetry, extracts from Shakespeare. I just love making people laugh and smile. Hopefully I will go down the acting path as this has been the ride of a lifetime.”

Based on his performance in Belfast alone, we are sure he will. 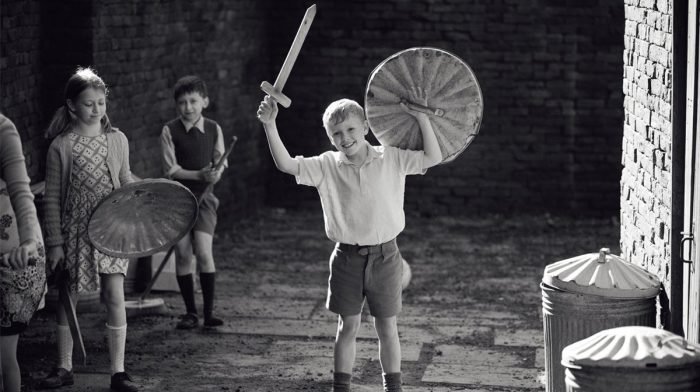 For his feature debut, Hill stars alongside quite the stellar cast, featuring some of the best acting talent working today, such as Hinds, Judi Dench, Jamie Dornan, and Caitriona Balfe. All of which makes the fact that Hill steals the show even more impressive.

As he tells us, each of his fellow cast members shared words of wisdom with him, but director Branagh, whom Hill was playing a young fictionalised version of, shared the most helpful piece of advice:

“Everyone taught me something different. I put that all together to help make my version of the character Buddy. But Kenneth taught me to put a tiny bit of myself into the character so that it’s not exactly a replica, mixing it up!

“So I used that and where me and Buddy could relate – we are massive movie fans and both love football, although the teams are different!” As a devout Liverpool supporter, Hill admits it was difficult playing Buddy as a Tottenham Hotspurs fan. 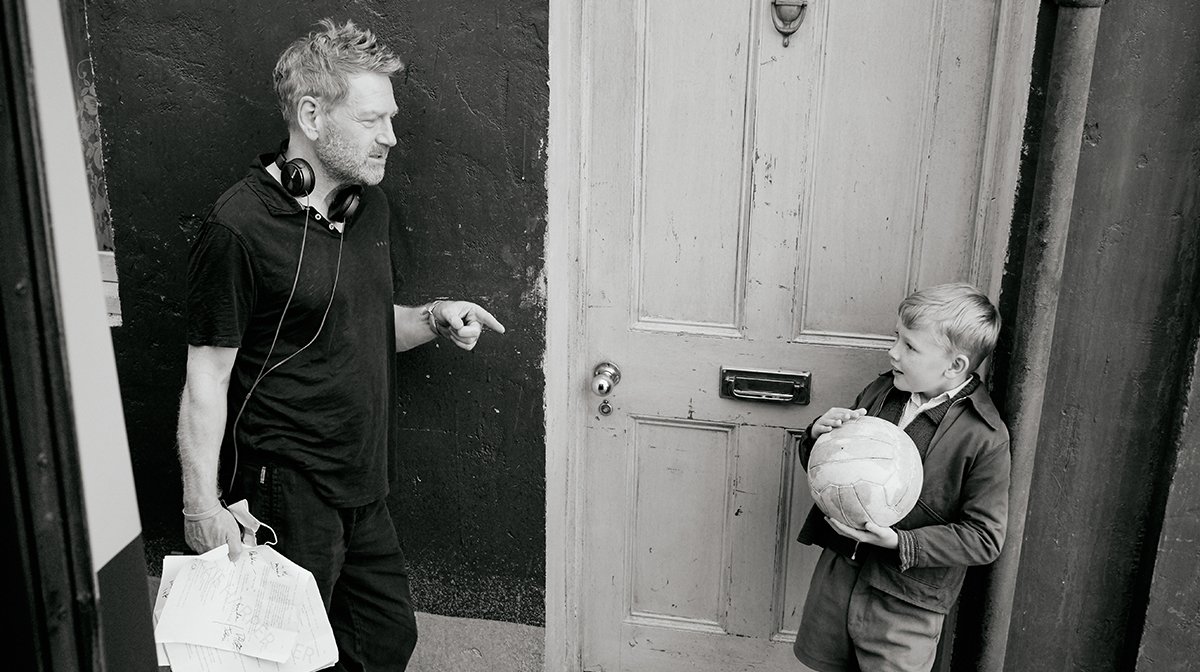 On the press tour, Belfast’s cast and crew have had nothing but great things to say about Hill, from his talent to the joy he brought to set.

Speaking to Hill and Hinds on Zoom, the latter’s admiration of the young actor is clear, as he continually praises him making Hill blush. Hinds tells us he was also in awe of Hill on set too:

“When I was working, I was entranced and amazed by his virtuosity. But it wasn’t on display, it was just there in full bloom, it was honest. Often looking at his face I couldn’t help but melt, but sometimes I also wanted to slap him as he was just too good! We connected and listened to each other, which was a joy.” 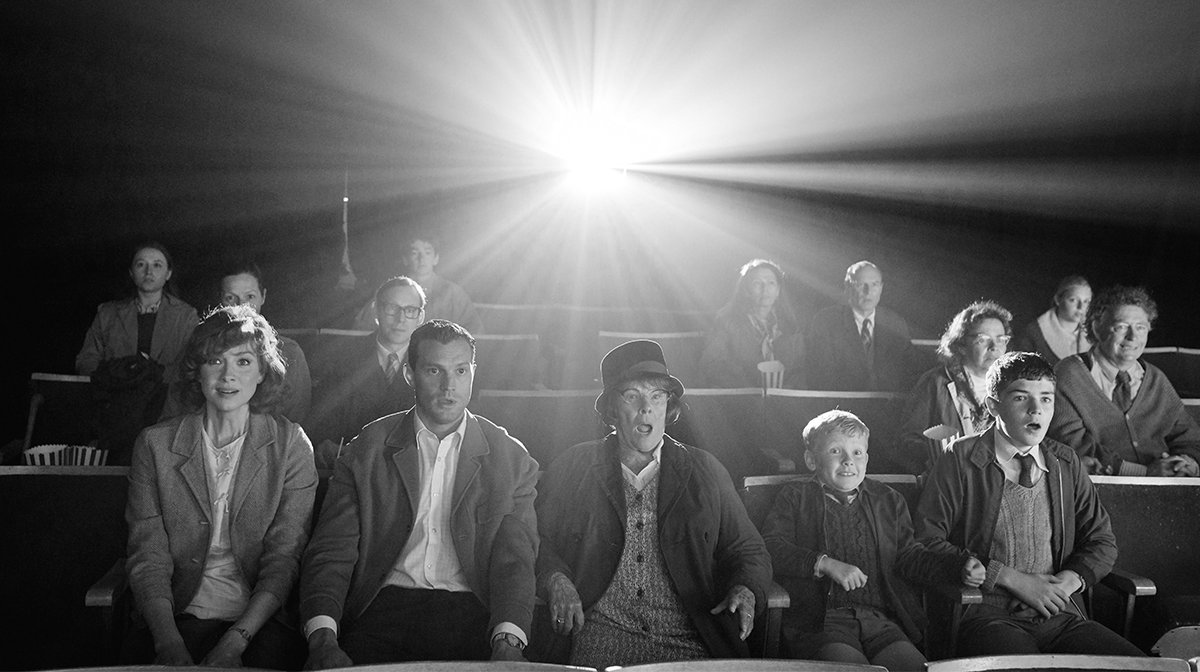 That connection comes across in the film, with some of the best scenes being interactions between the pair.

One such moment sees Buddy and Pa visit Pop in the hospital. Unsure about his family’s potential move away from Belfast, Buddy asks Pop if he will be there when they return home. Pop replies: “I’m going nowhere you won’t find me.”

It’s a heartbreaking moment as the audience realises the truth, with the scene also being a crucial turning point for Buddy. Hill says that it was a special one to shoot: 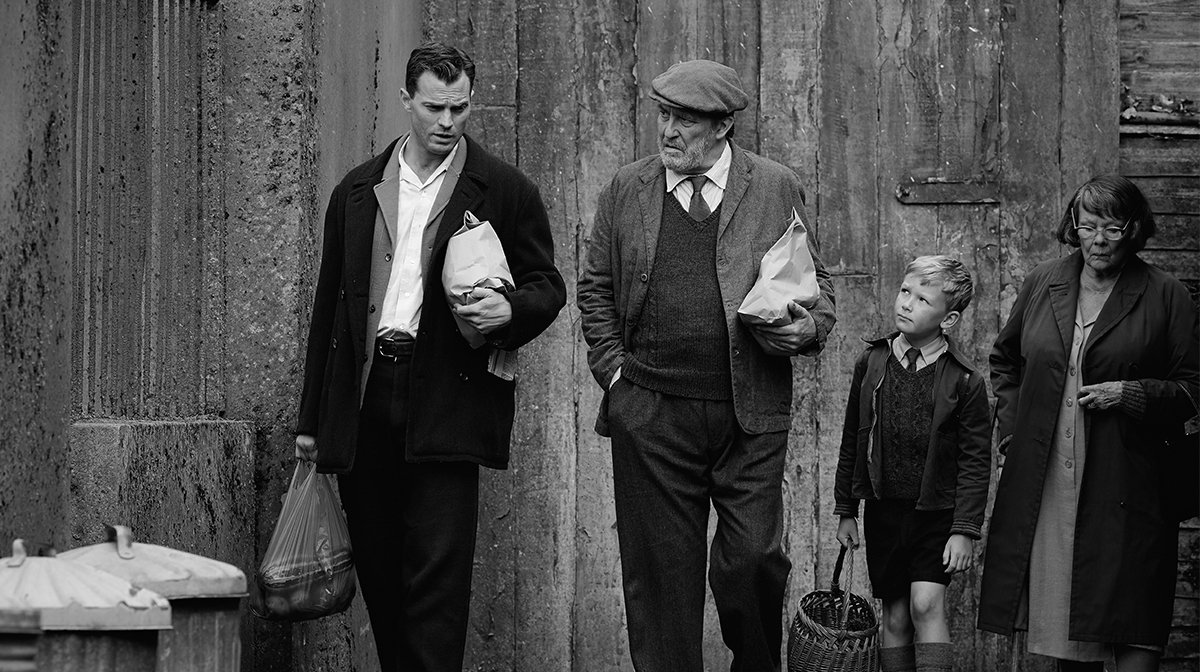 “Filming that scene was such a delight. That’s a very important moment in Buddy’s life. He feels reassured that change is alright, and that his family can go to England because Pop’s not going anywhere. That stuck with Buddy – it’s a beautiful line.”

Hill’s right – it’s a tender moment that will stay with you long after the credits roll, especially since it also beautifully sums up the movie. No matter what happens, or how far away they go, this family will always have Belfast.

Belfast is in cinemas from Friday 21st January.