While we may be several months away from statues being given out, Oscar season has officially begun with several hopefuls beginning their campaign this month.

One such film is Judy, a drama that seems like it was designed in a lab for maximum awards potential. After all, there’s nothing Hollywood types love more than celebrating their own industry.

However, to dismiss Judy as hollow Oscar Bait would be selling it short. It has a story to tell, about one of the industry’s most dramatic casualties, Judy Garland – played here by Renée Zellweger. 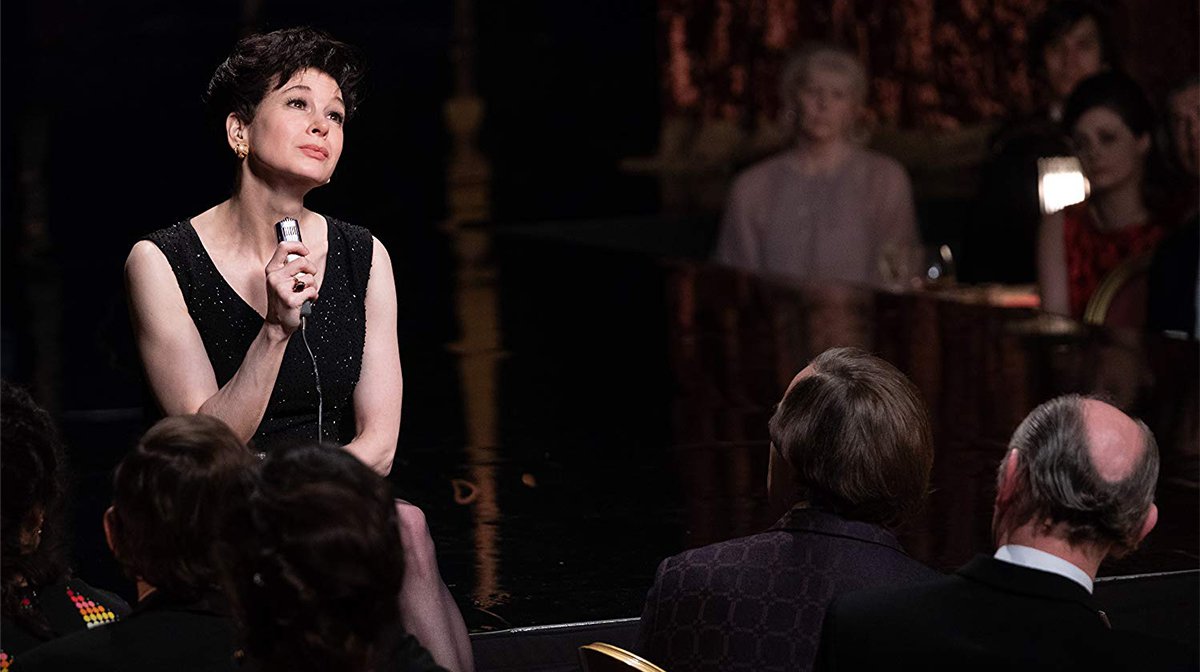 It’s 1969, and Garland is a shadow of the star that first rose to fame in The Wizard of Oz. Broke, homeless, and at risk of losing custody of her children, she agrees to take a series of well paying gigs in London, where she enjoys a greater degree of fame.

However, her addictions and personal demons threaten to derail this last chance.

We’ve been here before, haven’t we? There have been a number of biopics that tell the story of an old Hollywood star floundering in England: last year’s Stan and Ollie, Film Stars Don’t Die In Liverpool, and My Week With Marilyn to name a few.

The film is certainly laid out in a familiar way, with the anxious build up to the first performance, some initial success, and then illnesses and a love affair threatening to jeopardise it all. 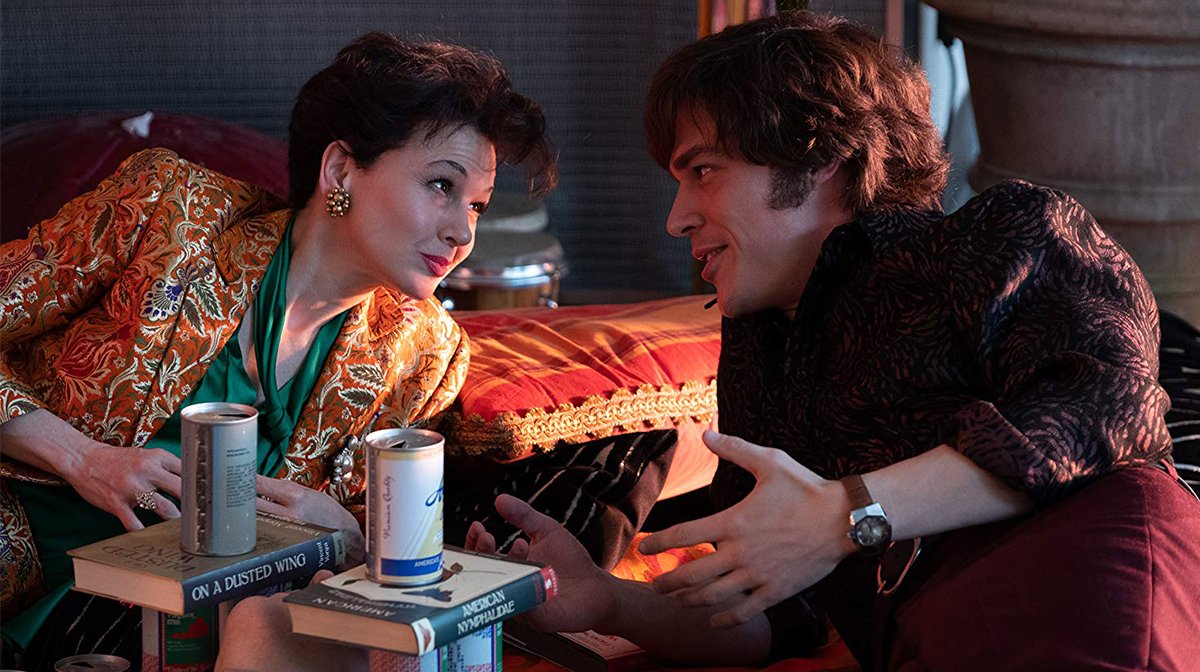 Still, while it may follow a template, it probes deeper than most biopics do. Director Rupert Goold leaves us in no doubt as to Garland’s flaws, with her fallen reputation a result of years of being unreliable, or absent. However, he delves deeper into her past to find the real culprit: fame.

Haunting flashbacks expose the treatment Garland was subjected to around the time of her big break – the fake dates, the diet control, and the bullying presence of studio head Louis B. Mayer (Richard Cordery), who the film implies may have abused her. Viewed through a post-#MeToo prism, it’s a sobering reminder of Hollywood’s dark past.

A film of this sort rises and falls on its star performance, and Zellweger just nails Judy. There’s a certain degree of impersonation in her voice and mannerisms, but there’s more to it than tightening her jaw and calling everyone ‘darling’. Her performance is that of a woman who has lost her path, who yearns for happiness but seems destined to get in her own way. 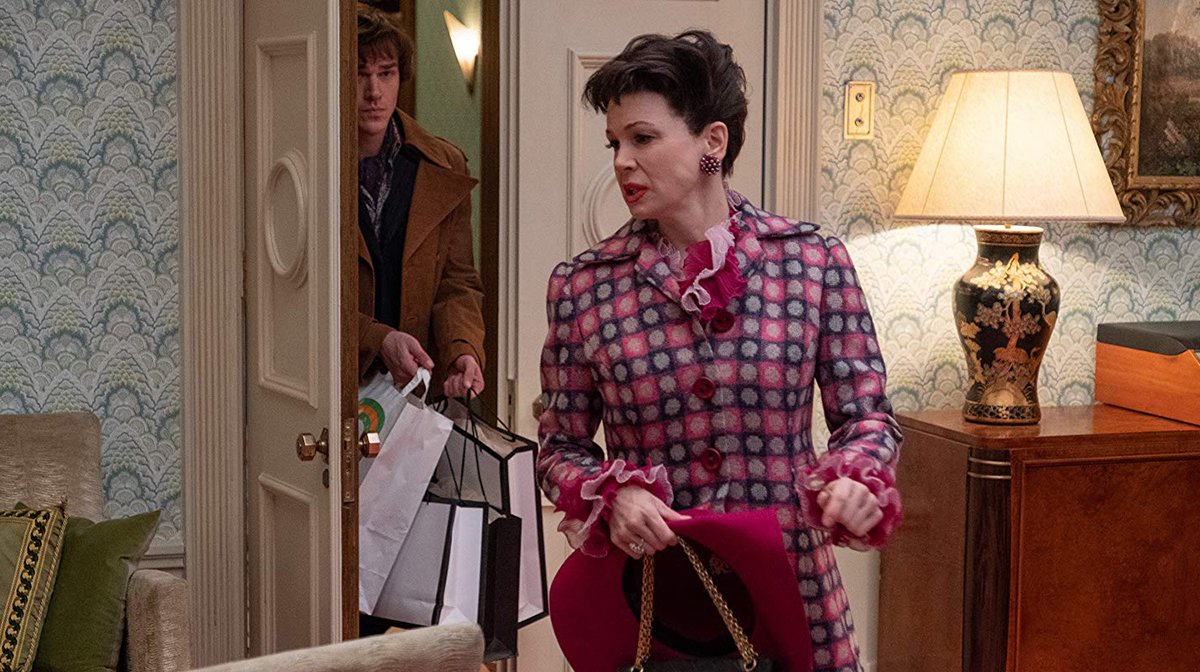 Her co-stars don’t get the same amount of room to shine. Jessie Buckley, who won audiences over in April’s Wild Rose, fades into the background as Garland’s assistant, spending much of the film looking a bit concerned, but little else.

As for the men in her life, Rufus Sewell cuts a stern figure as Garland’s exasperated ex-husband, while Finn Wittrock looks like trouble from the start as young lover Mickey.

Then, there’s the musical performances. Zellweger lights up the stage, capturing both the voice of her character and the personality, presenting the stage as a battleground for Garland to stand against her demons. It’s both a gorgeously camp bit of cabaret, and a celebration of why she is so fondly remembered. 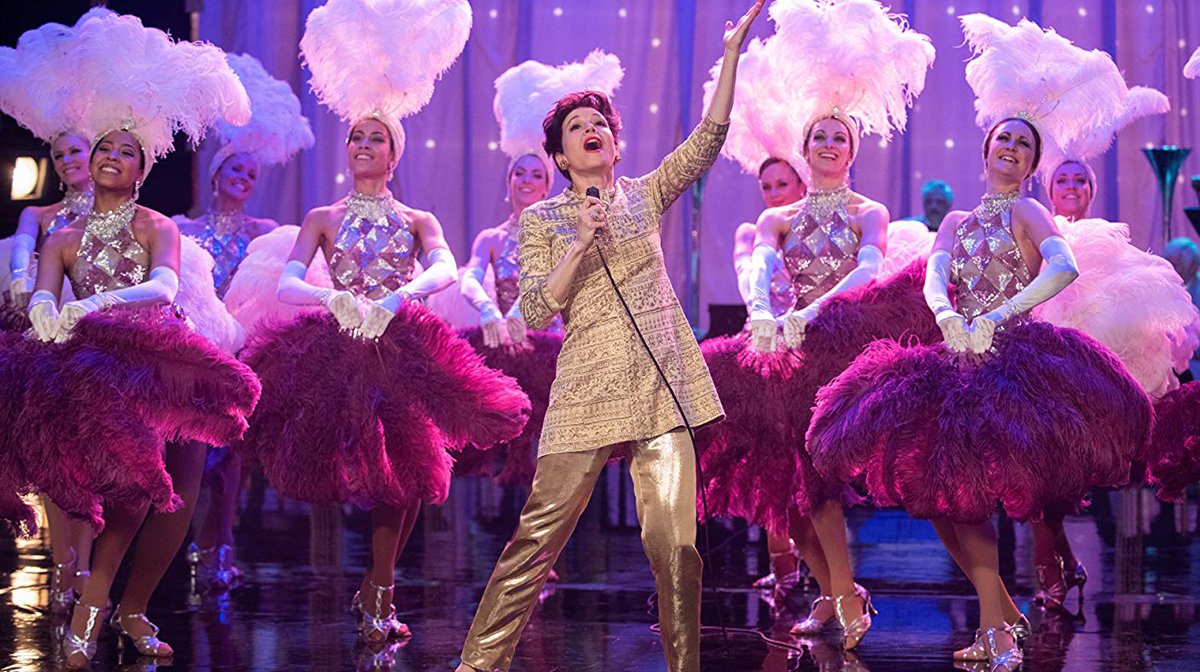 Tom Edge’s script goes to great lengths to underline that affection. On paper, a sequence where a lonely Garland has dinner at the home of an adoring gay couple may seem slightly forced.

When brought to life by Zellweger, it’s a lump-in-throat moment that articulates what the performer symbolised to the LGBT+ community.

Judy may play it safe at times, and stretch the truth with it’s final scene which, while moving, is a work of fiction. Yet, if the purpose of a biopic is to capture the spirit of a person, this glitzy drama hits almost all the right notes.

Judy is out in UK cinemas now.