Despite being one of the world’s most popular film studios, Studio Ghibli has a few relatively unknown masterpieces.

The film people usually reference when the conversation turns that way is Whisper of the Heart, and it’s easy to see why; it’s a coming-of-age story that encapsulates a lot of what makes the studio great, and in comparison to a lot of Ghibli’s more well-known works, it’s a fairly down-to-earth film.

But it’s still not the biggest oddity in the Ghibli canon. That accolade goes to Only Yesterday. 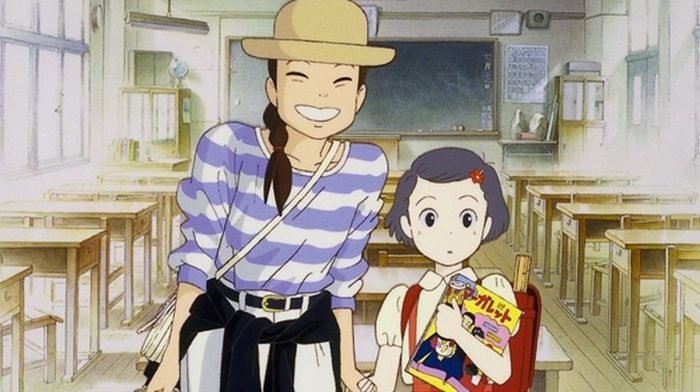 The story of how Only Yesterday found its way to the Western world is odd. Disney are the ones who hold the foreign distribution rights to films produced by Ghibli, as opposed to Toho, the company who distribute their films in Asia.

Only Yesterday was made in 1991, but it wasn’t released in the UK until 2016, and Disney’s reasons for holding it back are at best a little silly, and at worst damaging. The film includes a short scene in which a group of young girls discuss their period, something that the American studio didn’t really know how to handle, and Disney took 15 years to yield.

It’s a ridiculous reason to refuse distribution of the film; Only Yesterday is a PG and it’s a scene that reflects something that’s common to a significant part of the population, but given the quality of Only Yesterday, the fact that it took 15 years for the film to be released verges on criminal. 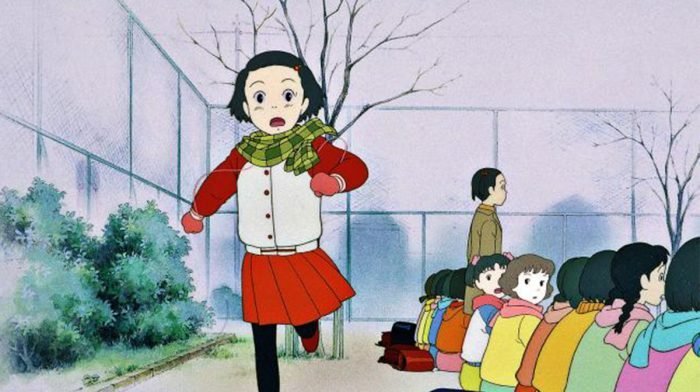 There is another reason the studio wouldn’t release the film and that’s because much of it is based on the cultural differences between Japanese city-slickers and their rural counterparts, something which proved difficult to translate into English.

All it came down to was that Only Yesterday was a hard sell, business-wise.

It is, for sure, a high point in the Ghibli canon, and that’s largely because Isao Takahata, the creator of Grave of the Fireflies and The Tale of the Princess Kaguya, was given pretty much free reign to do what he wanted with this one.

It’s one of the more surreal Ghibli offerings (once you’ve seen the ending, you’ll know exactly what I mean), but it’s also one of the ones with the most emotional depth. 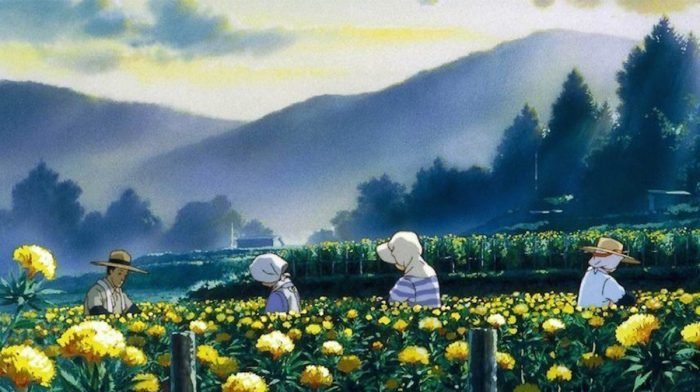 Only Yesterday is about Taeko, a 27-year-old office worker going on holiday to the Japanese countryside to pick saffron flowers (which, when harvested, can be used to make perfume) and on doing so, reminisces about her childhood and the majority of the film’s action is interspersed with vignettes from her childhood.

She has a conservative father, a mother who worries about her aptitude (or lack thereof) for academics, and two cold and mean older sisters.

The film is very much about modern Japanese ideals, and how it causes a rift between generations. 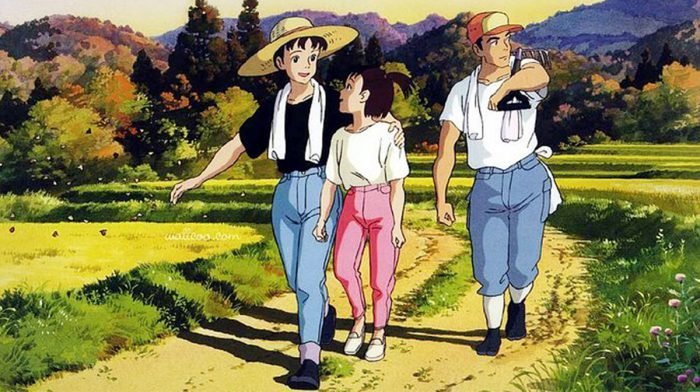 A lot of the movie plays out like a documentary; there is no live action, but there are long sections in which you see the process of Saffron being prepared to make perfume.

Takahata spends time showing what the farmers look like, telling stories about the women who picked Saffron flowers hurting their hands because there were no gloves for them to use, and uses shots of mountains and fields that look like watercolour paintings.

A reverence for nature is common in Ghibli films, but it’s never as stripped-back and interested in the common person as it is in Only Yesterday. At one point, a character says that ‘farmers can’t exist without nature, so they’ve always taken great care to give her a helping hand in return’. 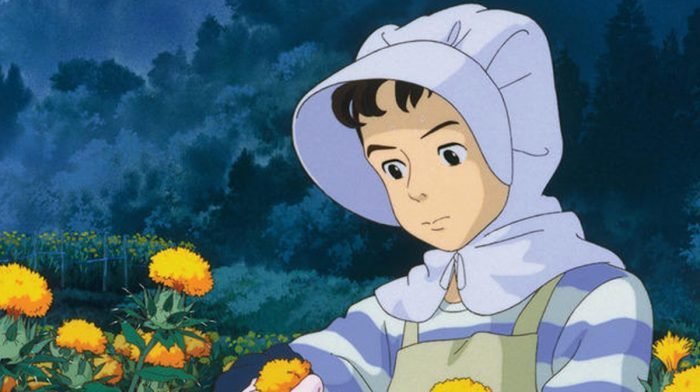 The core theme is only one of the aspects that make it worth watching. In terms of art style, Only Yesterday is one of the more unique entries in the Ghibli canon.

Although some of the studio’s more famous works have fantastical elements, like Spirited Away and When Marnie Was There, none of them which are firmly based in reality feel as fantastical as this one does. 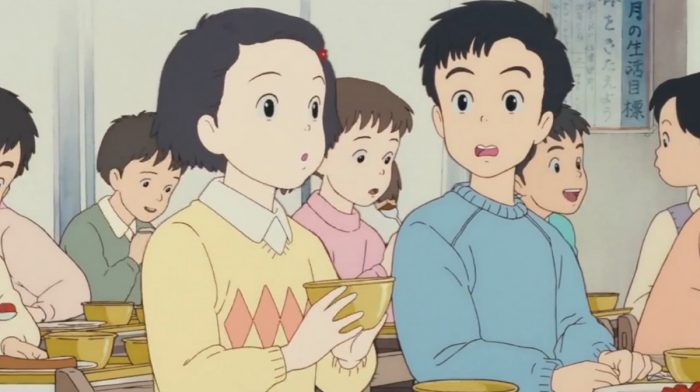 Only Yesterday is a criminally under-seen film, and is one of the best, and most essential, in Ghibli’s back catalogue.

Directed by Takahata, it’s the most formally interesting of his offerings, and it features an ending which is as emotionally resonant as the best of them.

If you’re a seasoned Ghibli fan looking for a new fix, this might be the one for you.

Are you a Studio Ghibli fan? Let us know on social media.