We are ready to make you an offer you can’t refuse with the upcoming launch of our The Godfather Loyalty Collection.

In our first collaboration with our friends at Milliner Headwear, we pay tribute to Francis Ford Coppola’s masterful Godfather trilogy which remains as celebrated as it was upon initial release – and for good reason as it has truly stood the test of time.

The range of luxury mesh trucker caps features iconic logos associated with Coppola’s beloved series, each of which adorns a premium quality oversized embroidered patch that will certainly catch the eye.

In addition to the classic Godfather logo, the Don Corleone design nods to the boss of the feared mafia family Coppola’s series follows.

Another hat meanwhile features a simple ‘est. 1925’ logo which was the year Vito Corleone formally organised his crime family.

The final fourth design in this family of caps nods to the Louis Restaurant which played a prominent role in the first film being the place where the Five Families War started, when Michael shot Sollozzo and McCluskey. 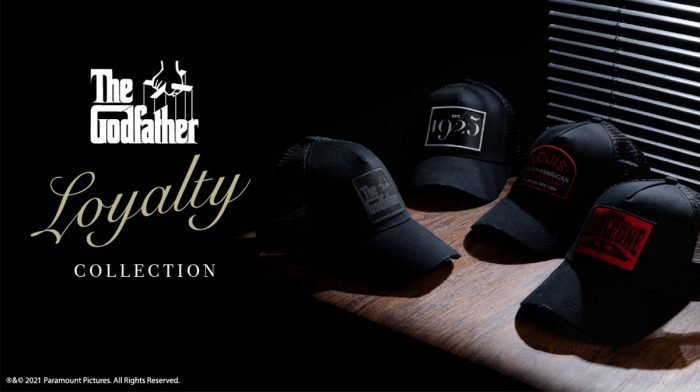 Sleek, stylish and sophisticated, these premium caps are one size fits all and feature lined inner panels, mesh panelling and a snapback fastener with woven label.

Launching on Wednesday 10th February, they are exclusive to Zavvi and limited edition so keep your eyes peeled on our social media channels and sign up here for email alerts.

Sign up for alerts about the collection here so you don’t miss out.