This article contains spoilers for The Book Of Boba Fett.

This chapter of The Book Of Boba Fett has now drawn to a close, with today’s finale concluding the first season of the latest Star Wars show.

But as one chapter closes another begins, with the episode (titled In The Name Of Honour) setting up events that the likes of The Mandalorian season three and beyond will explore.

And then of course there’s the crucial question – will there be a second season of The Book Of Boba Fett?

We explore how this finale sets up the future of Star Wars on the small screen. 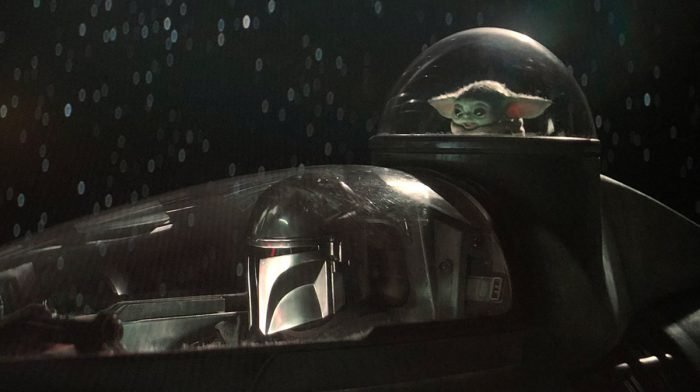 I’m not crying you are! That’s right – the finale reunited father and son as our favourite duo came back together, then setting off for a new adventure.

In the previous episode, Luke Skywalker gave Grogu the choice of a lightsaber, representing his commitment to the ways of the Jedi, or the armour the Mandalorian had gifted him, which would see him return to Din Djarin.

We were all left wondering which one the munchkin will choose, learning that he opted for the latter so he can return to daddy Mando – a moment that did indeed bring tears to our eyes. 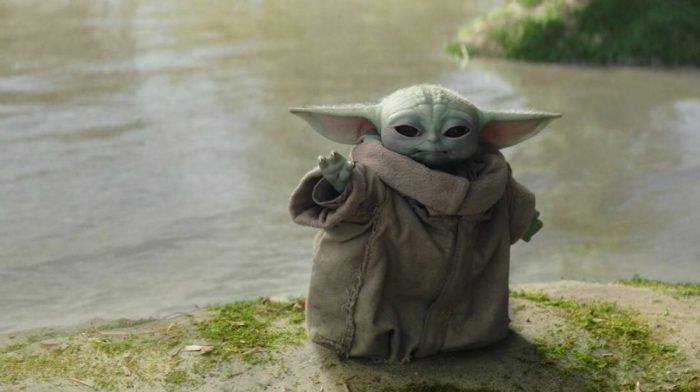 During the final battle we see that Grogu has some new Jedi skills courtesy of his training with Luke, but he hasn’t changed much as we see him tapping on the window demanding another hyperdrive jump as he flies away with Mando – adorable.

By reuniting the two the Star Wars world has wiped the slate clean for The Mandalorian season three, which will now presumably follow the pair on their next journey.

Their charming chemistry was the secret to the success of the first two seasons of the hit series, so we shouldn’t be too surprised Disney have rushed to reunite them.

It’s worth remembering though that there are some loose threads still untied, for instance the storylines with Bo-Katan Kryze, Moff Gideon and Ahsoka Tano are likely to continue. 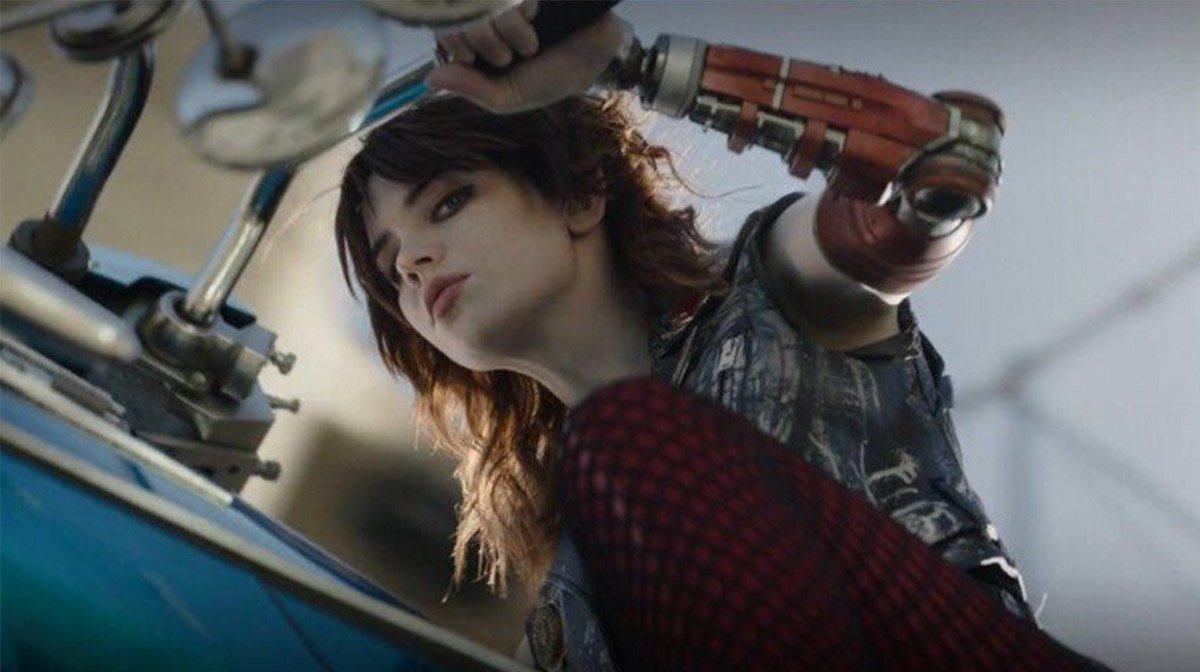 Whilst The Book Of Boba Fett’s biker gang certainly proved to be divisive amongst fans, audiences may have to get used to seeing more of them on the small screen.

Although it is currently unclear whether a second season of the show will be commissioned, there is the implication in the finale that they will take over from Boba Fett, replacing him in the late Jabba The Hutt’s old seat.

Boba and Fennec seem uneasy with their roles, with the former telling his friend that “we are not suited for this”, blushing at the respect the people of the town are showing them – even being gifted a melon by one of the townsfolk. 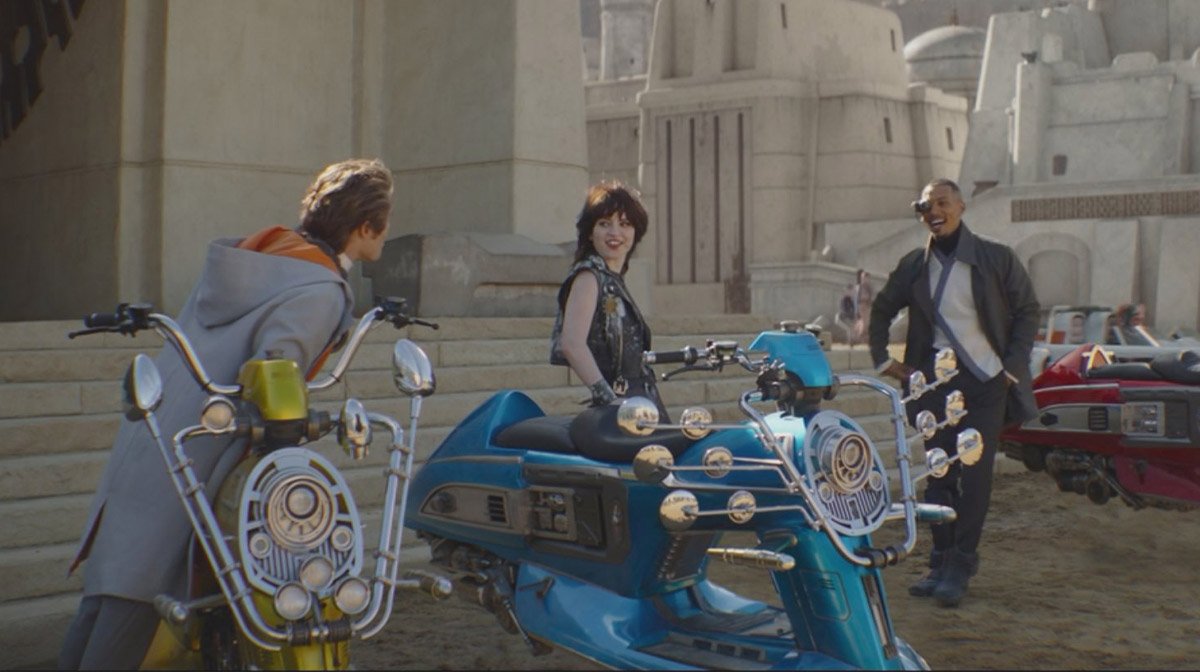 Fennec replies to Boba’s statement with a question: “If not us, then who?”

Boba then seems to respond with a gesture rather than with words, tossing the melon to the gang of Mods, who are standing with Wookiee Black Krrsantan.

The suggestion is then that Boba and Fennec will pass their responsibilities on to the gang, as the duo presumably will leave to go on a different adventure.

Whether a potential second season of the show or a spin-off would actually focus on the Mods is a different matter entirely – our guess is that if Boba and Fennec do leave Tatooine, the series will continue following their adventures. 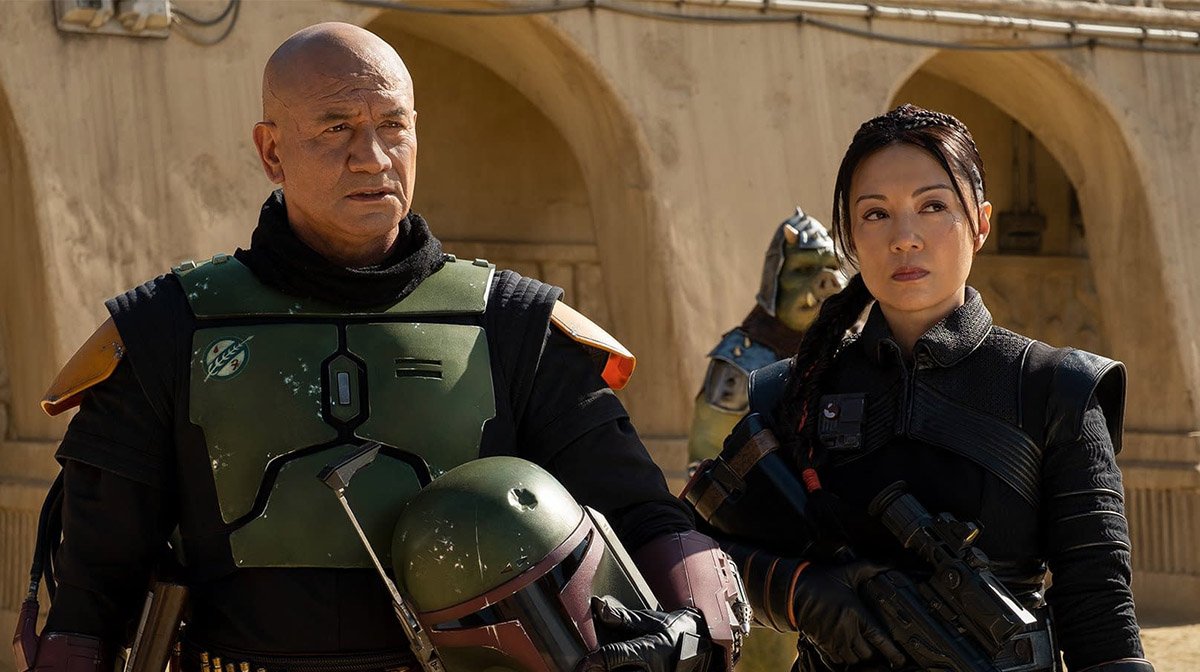 As we mentioned above, it seems that Boba Fett and Fennec Shand will leave Tatooine, maybe to become bounty hunters again – hey, it’s what they are best at!

The show definitely keeps things open and vague as to where the duo will go next, and we aren’t even sure if it will be given a second season.

If one is commissioned it won’t happen any time soon as there are plenty of other Star Wars shows in the works already – Obi-Wan Kenobi, Andor, Ahsoka, Lando, and many more. 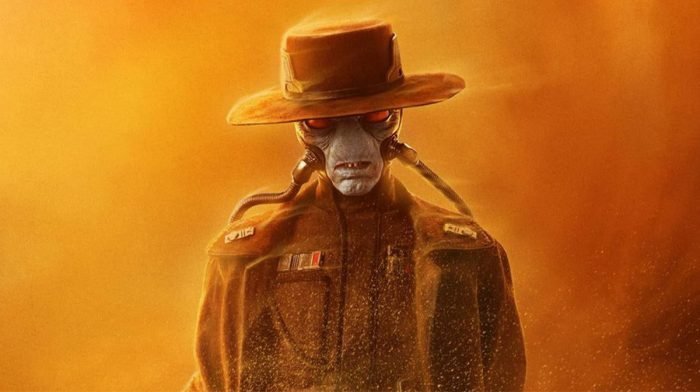 If you thought bounty hunter Cad Bane was dead, you may want to think again – remember, Star Wars rarely kills off popular characters.

Sure, we did see him seemingly meet his end via a Tusken spear courtesy of Boba in the finale, but does that mean he’s definitely dead?

During that scene audiences were given a glimpse at what appears to be a distress signal emitting from Bane, suggesting that he may live to see another day. 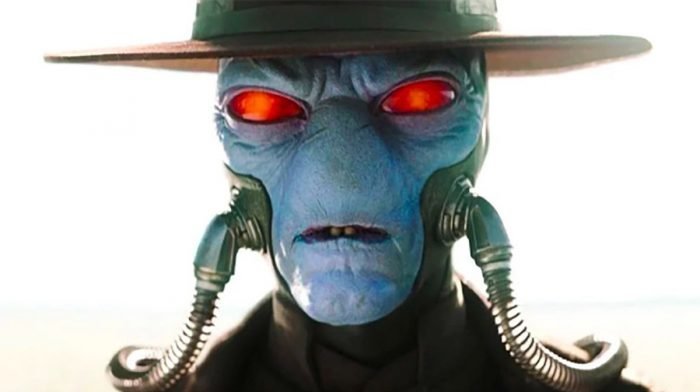 But who will be coming to rescue him?

There is the chance it could be criminal syndicate Crimson Dawn, who you may remember from the movie Solo. Many fans online are hoping so as that could then also mean the return of Qi’ra (Emilia Clarke). 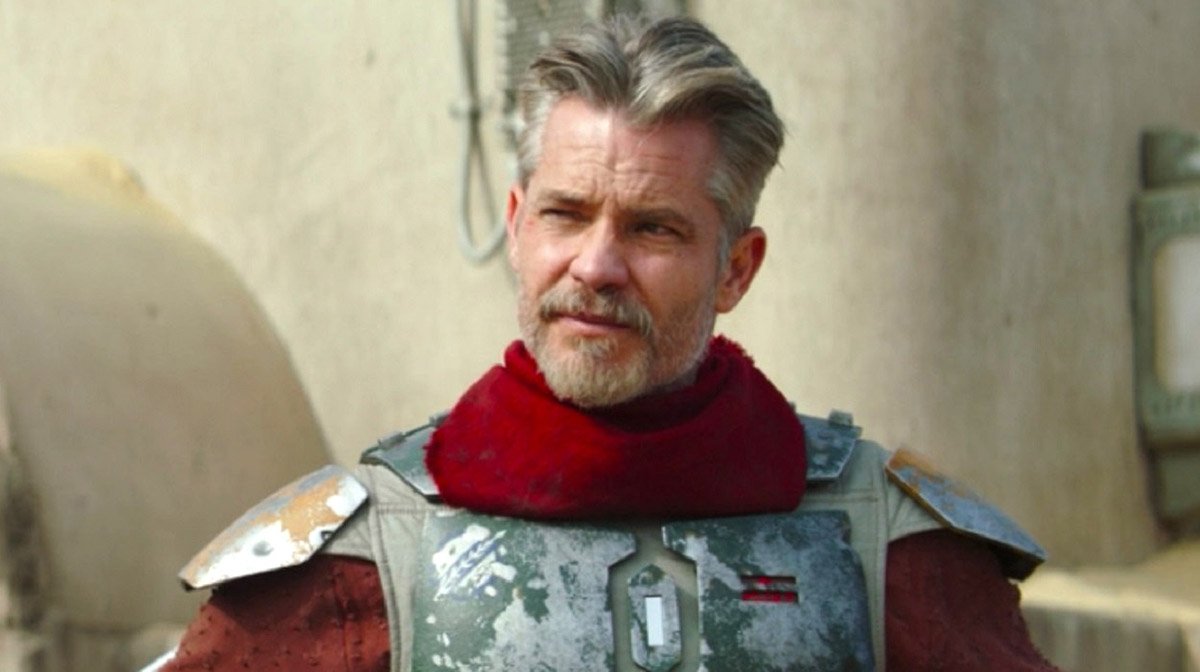 During the finale once the battle is over, Fennec suggests to an injured Boba that he uses the Bacta Tank so his arm can recover. Boba replies that he is unable to as it is already occupied, leaving us wondering who by.

That question is answered during a mid-credits scene, which reveals that it is none other than Timothy Olyphant’s beloved marshal Cobb Vanth in the tank.

It’s certainly a surprise considering he was shot by Cad Bane in the previous episode, presumably being left for dead – but Vanth is just too good of a character for Star Wars to kill off just yet. 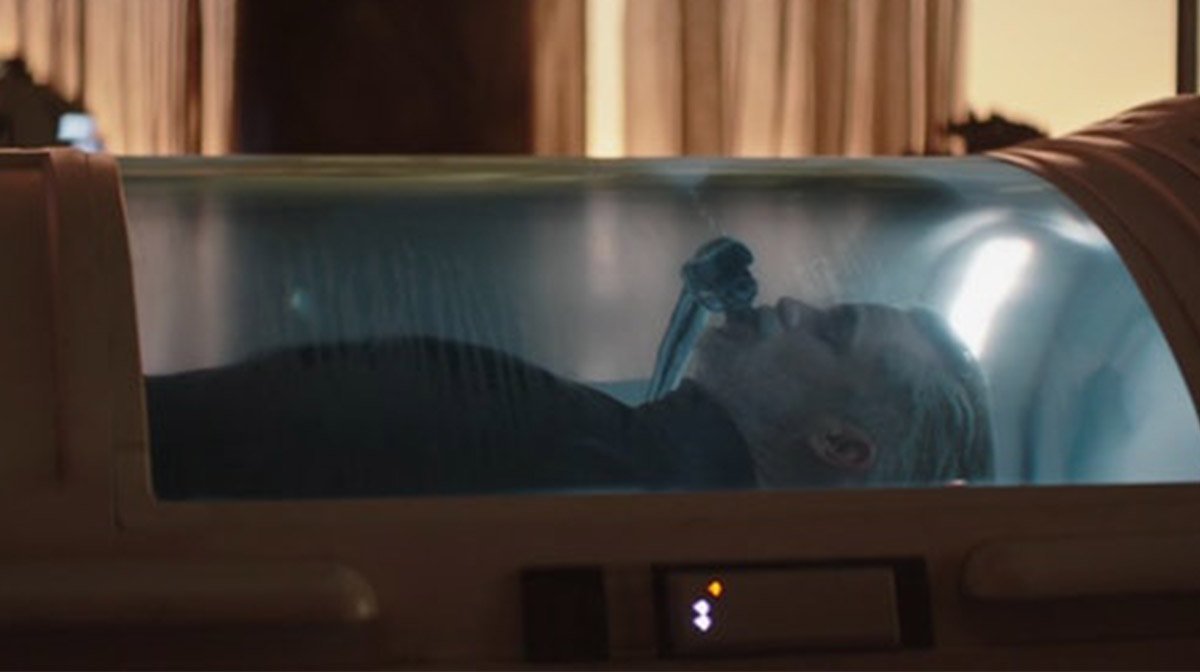 He is being tended to by the Mod Artist, so when Vanth is out of the tank, we can expect him to now have robotic body parts. We already have the nickname ‘Robo-Cobb’ ready for his return.

And that return is likely to be in the upcoming season three of The Mandalorian, as we are sure Vanth will be back to assist his mate Mando with some pickle.

The Book Of Boba Fett is available to watch exclusively on Disney+.