With cinemas now open again across the UK, the Saw franchise is unleashing it’s latest film on audiences, but it isn’t the movie you may expect it to be.

Executive produced by comedian Chris Rock, Spiral: From The Book Of Saw aims to take the series in a new direction, injecting it with humour and spinning it as more of a suspense thriller rather than a horror. Although it still has plenty of scares!

Rock himself stars as a detective tasked with tracking down a criminal mastermind who has unleashed a twisted form of justice, one which relates to the city’s gruesome past. 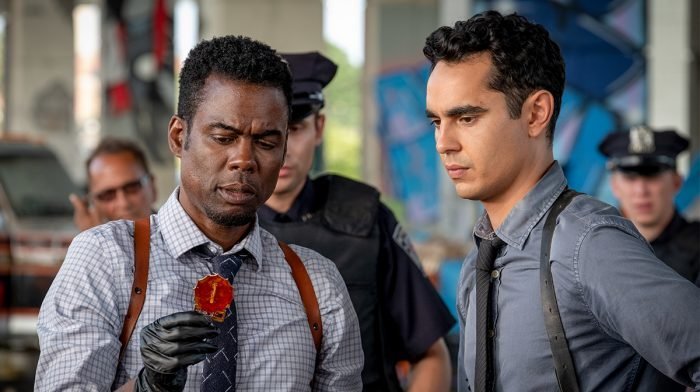 Team Zavvi spoke to the cast and crew behind Spiral: From The Book Of Saw to get the lowdown on the new film.

Firstly we chatted to director Darren Lynn Bousman about how he balanced taking the series in a new direction, whilst paying homage to Saw’s roots:

We then caught up with actor Max Minghella (William Schenk) about what drew him to the role, all things the infamous Saw traps, and what it was like working alongside Rock:

And finally actor Marisol Nichols spoke to us about her experience on the film too playing Captain Angie Garza, and what it was like seeing the Saw traps on set:

Spiral: From The Book Of Saw is in UK cinemas now.