The Sparrow Academy are set to play a large role in The Umbrella Academy Season 3, having been first introduced in the climactic final moments of the second season.

It seems like our band of misfit superheroes just can’t catch a break nowadays.

After returning from the ‘60s and preventing a nuclear war (the second time they’ve saved the Earth — so far), you’d think they were entitled to some down time. 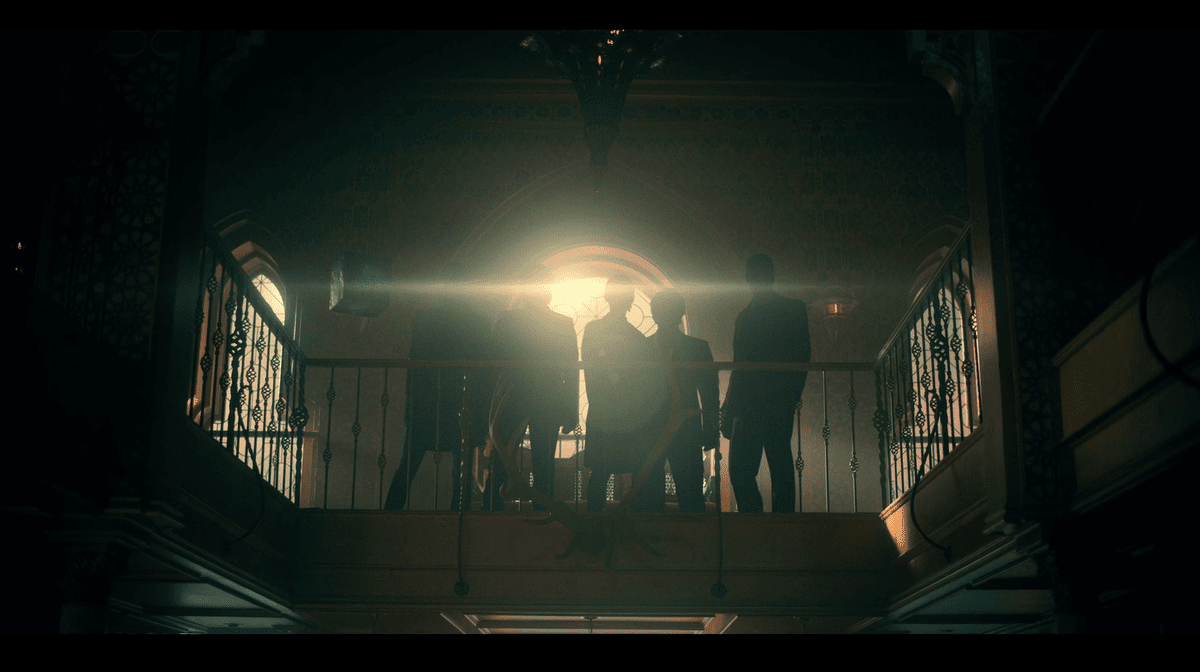 But no, it turns out their timeline meddling has caused even more problems for the Hargreeves siblings. Namely, their home has been occupied by a new group of superpowered adoptees: the Sparrow Academy.

Aside from seeing the long-deceased Ben (played by Justin H. Min) returned to life, the other members were shrouded in shadow.

However, recent reveals have disclosed just who will be composing the ranks of the Sparrows. 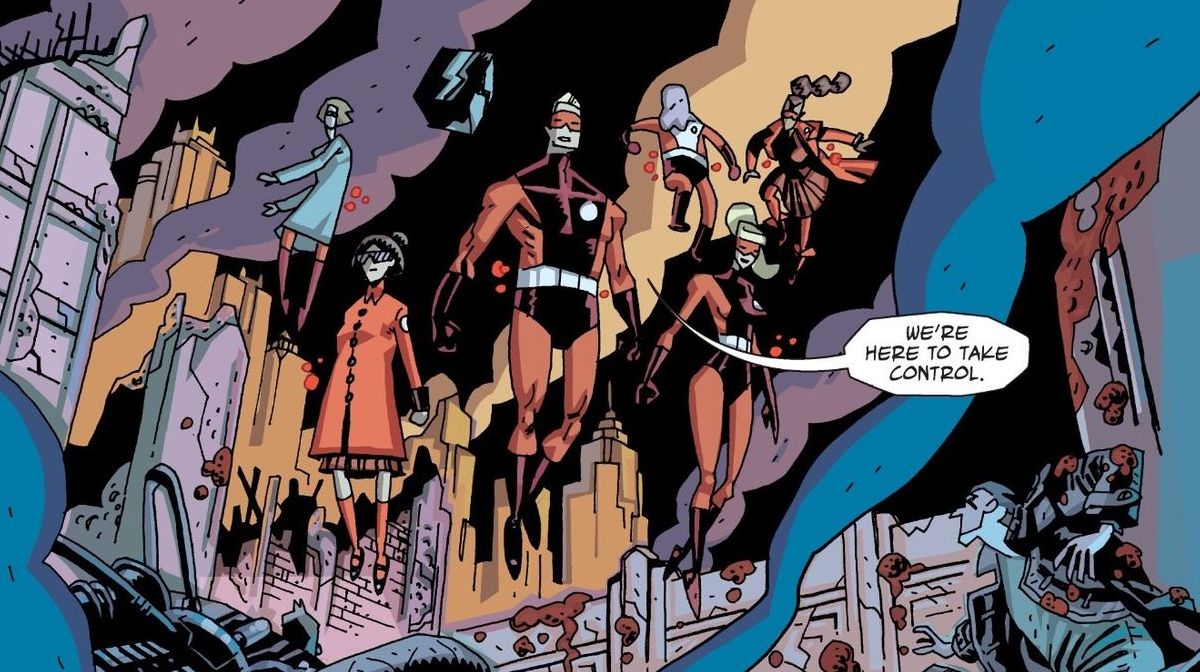 Before we get ahead of ourselves, let’s first take a look at the source material.

The Sparrow Academy (or simply the ‘Sparrows’) were first introduced towards the end of Hotel Oblivion — the third volume of My Chemical Romance singer Gerard Way’s ongoing The Umbrella Academy comic book series.

Whilst dealing with an outbreak of rampaging supervillains, the Umbrella Academy are given a helping hand by a new group of seven unknown individuals who all have various unique abilities, including super strength and the ability to turn into a murder of crows, among others.

Additionally, their costumes are strikingly familiar to our heroes’ original get-up, albeit red and sporting a bird emblem as opposed to their signature umbrella. 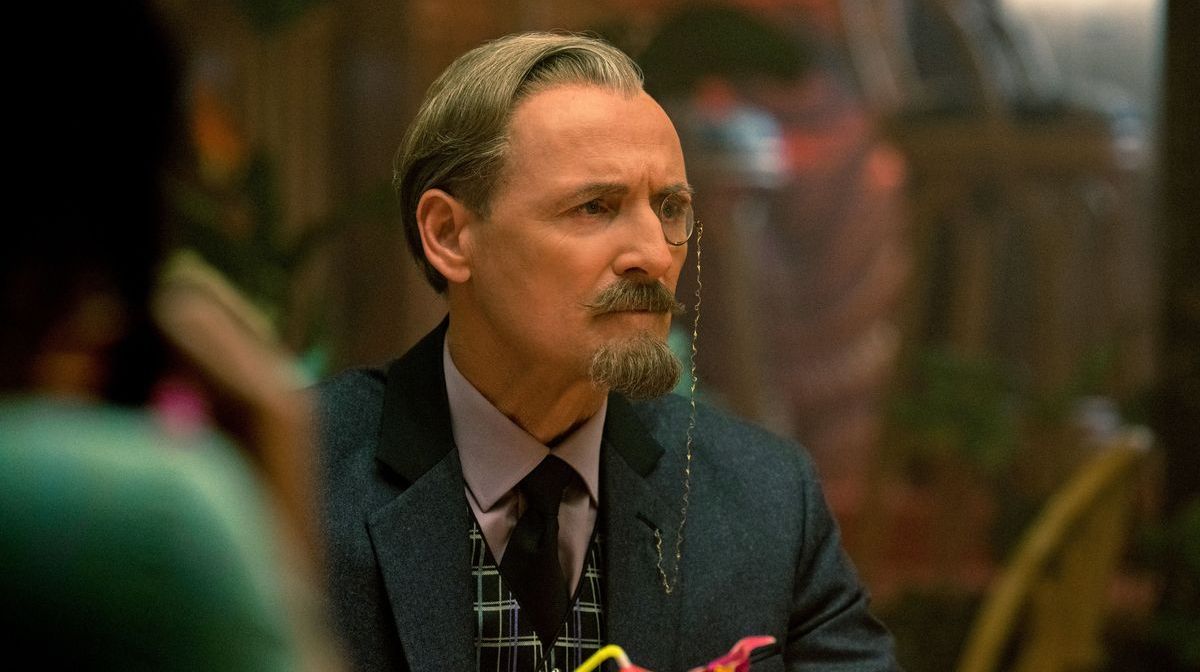 Throughout the series, there have been hints that this new team have some sort of connection to Mom (the Umbrella Academy’s cybernetic caregiver). And they even appear to have their own Reginald Hargreeves–type leader: a pink-haired man called Deever.

Beyond this, we don’t know much about the team. But their background is expected to be explored in more detail in the fourth volume of the series, The Umbrella Academy: Sparrow Academy.

Way has said that this volume will address what happened to the other children born on the same day as the Umbrella Academy, implying that the Sparrow Academy comprises of some of these other superpowered children.

What Role Will They Play In The Umbrella Academy Season 3? 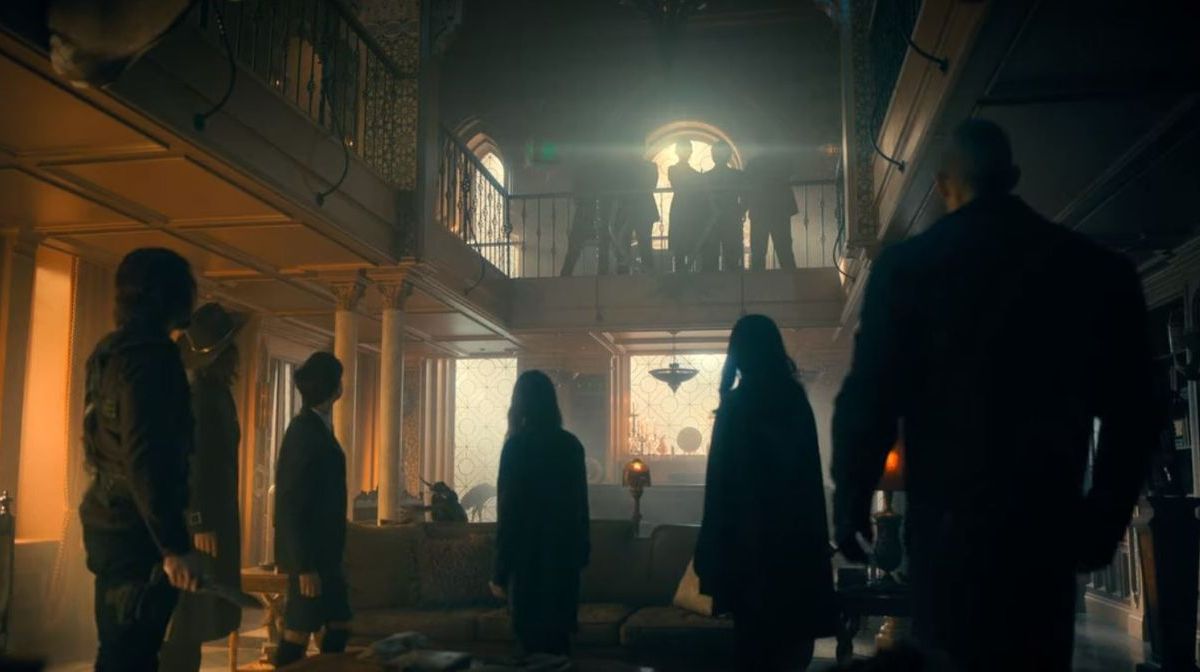 We expect this to be a consequence of their interactions with Reginald Hargreeves in the past, which gave him an insight into his future — explaining why both he and Ben are still alive and kicking.

And apparently, he was less than impressed with his future children; only Ben made the cut. 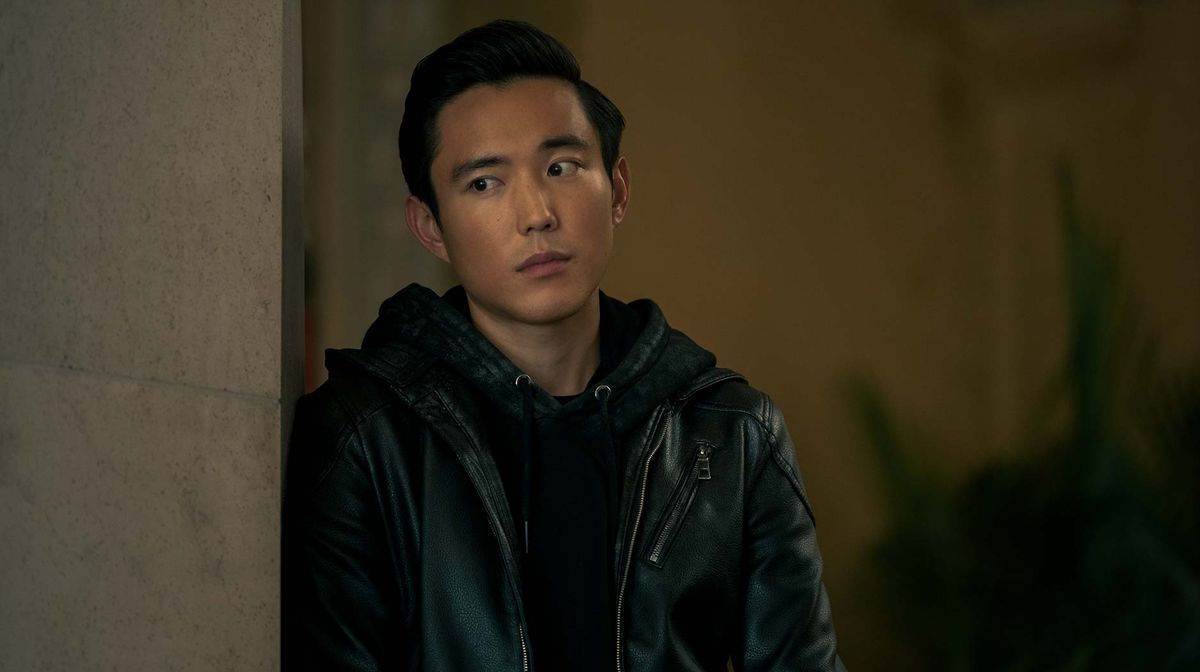 First up, we’ve got Marcus played by Justin Cornwell (I Am the Night, Jingle Jangle: A Christmas Journey). Otherwise known as Sparrow #1, this character is described as charming, chiselled, and colossus. He holds the position of leader, acting with both compassion and decisive action. In these aspects, he is everything Luther aspires to be.

Sparrow #2 comes packaged with a familiar face: Ben’s face, in fact. However, he is not the Ben we’ve become acquainted with over the past two series. This alternate version is a vicious tactician, who wants nothing less than to be the leader of the Sparrow Academy — whatever it takes. 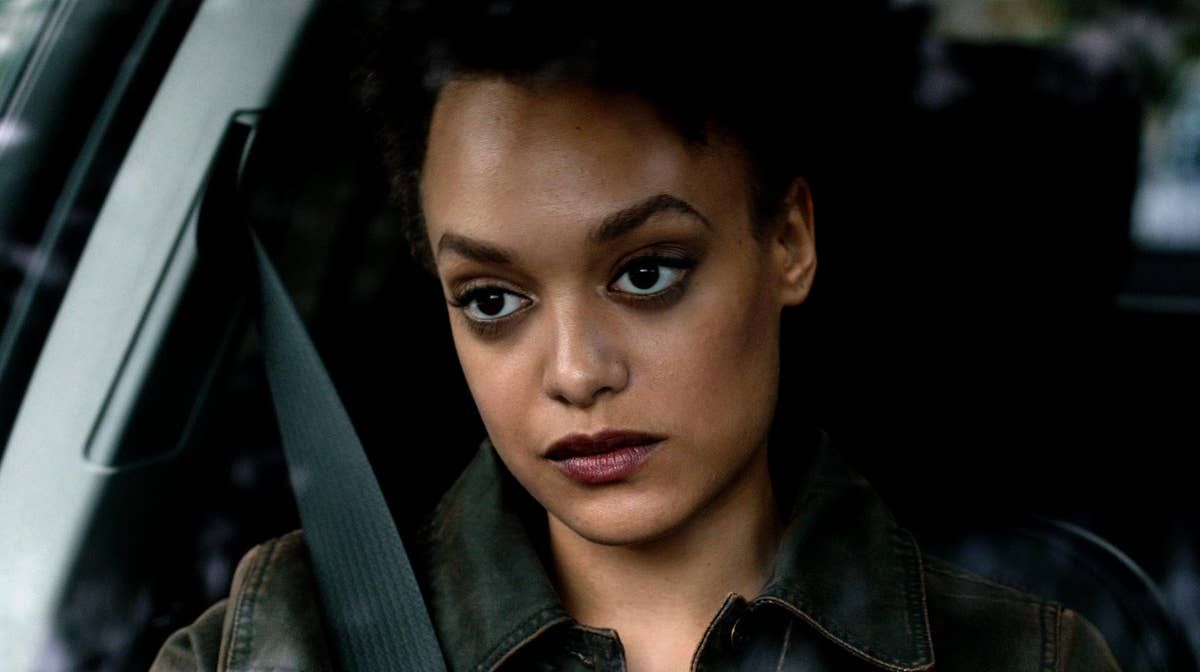 In third position, we’ve got Britne Oldford (The Path, Hunters) as Fei. Sparrow #3 is a person with introverted qualities, but she ultimately just wants a friend. With the ability to see the world in a ‘special way’, she is the smartest person in the room and willing to do anything to get the job done.

Jake Epstein (Suits, Designated Survivor) is playing Alphonso, a vigilante with a bite. Sparrow #4 is visibly scarred after years of crimefighting, though his wounds have not affected his sense of humour. He is the type of person to take pleasure in verbal attacks, accompanied by pizza and beer.

The dreamer of the group is Sloane, played by Genesis Rodriguez (Big Hero 6, The Fugitive). Feeling a higher calling, Sparrow #5 wants to see the world beyond the four walls of the Sparrow Academy mansion. However, her obligations and fear of her family keep her from acting on these impulses — at least for now. 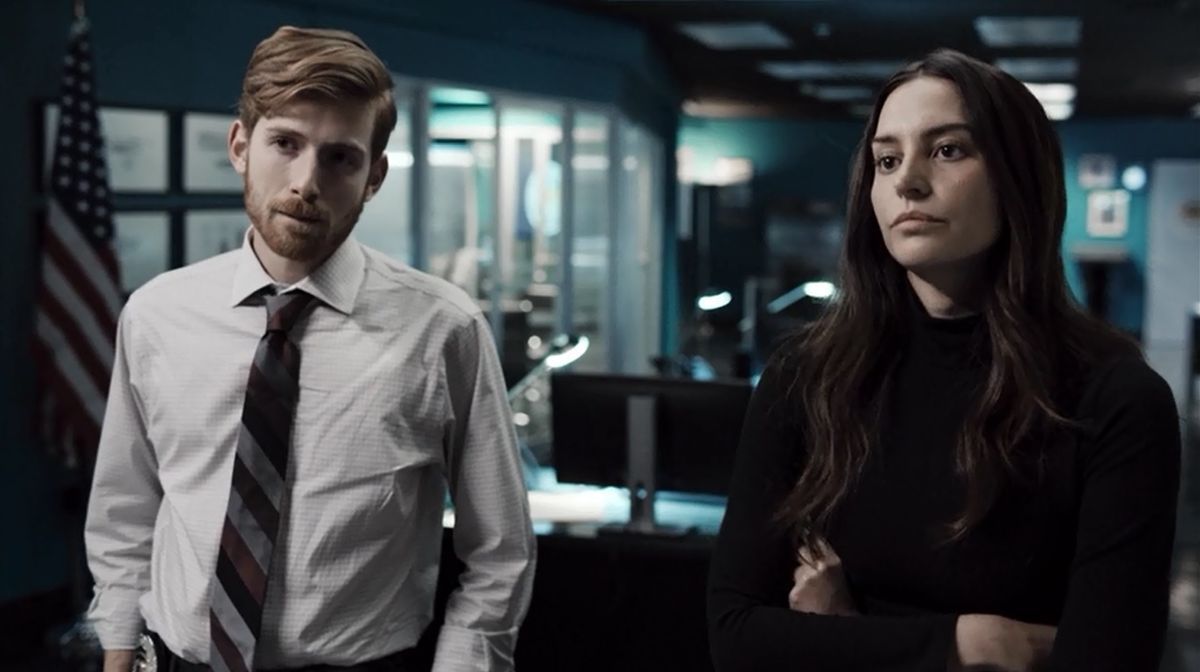 Author of ‘No One Asked For This’ Cazzie David is playing Jayme, the described loner of the group. Sparrow #6 may be someone of few words, but she has a ‘fear-inducing snarl’ to back it up, which will cause anyone to go running for the hills. When she’s not scaring off unwelcome company, she can be found with Alphonso (her only friend).

And last but not least, we have Christopher. Sparrow #7 is a sentient cube of unknown origin, gifted with telekinesis. When he’s not paralysing people with fear or turning a room ice cold, he acts as both mediator and consulted oracle, respected as one of the family. No actor has been cast in the role, so we can assume his advice won’t be traditionally spoken (telepathy, perhaps?).

When Does The Umbrella Academy Season 3 Come Out? 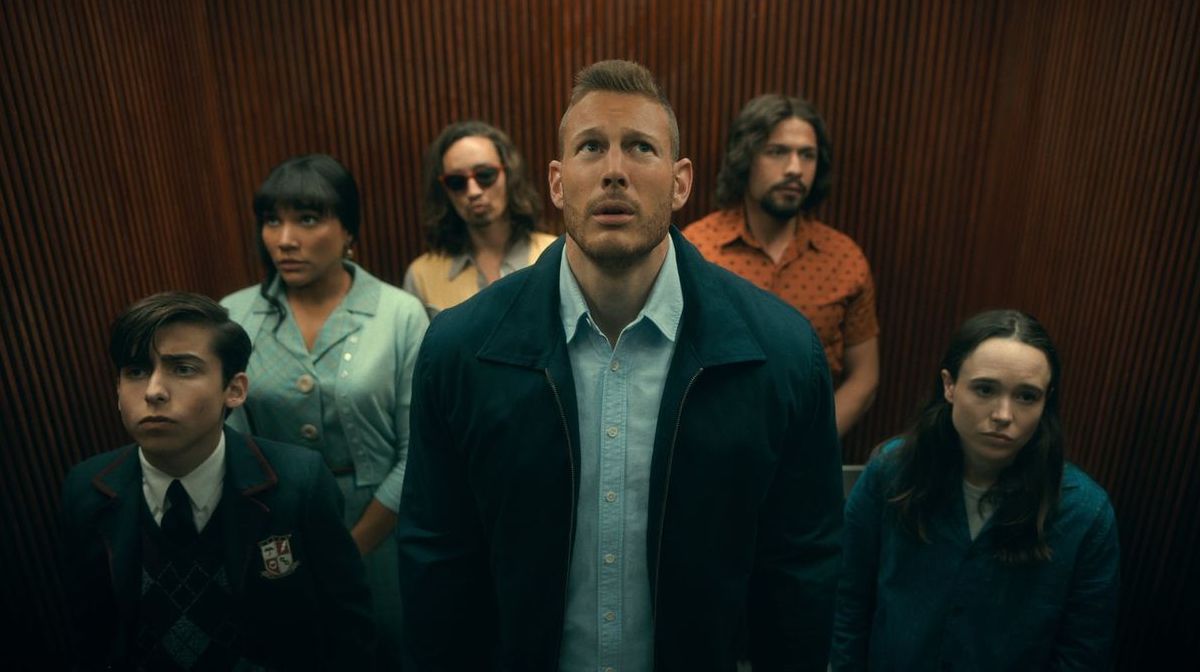 The new ten-episode third series of The Umbrella Academy is due to start filming in early 2021, though no official release date has been announced.

We expect to be able to stream the series on Netflix in late 2021 at the earliest, production delays notwithstanding.

For more from the Sparrow Academy, check out our complete range of The Umbrella Academy merchandise.