In 2016 Don’t Breathe was unleashed on audiences, a thrilling horror that delivered on suspense, shock and scares. It unexpectedly became a sleeper hit and so sure enough a sequel was given the green light.

That sequel is released in cinemas tomorrow and features the return of Stephen Lang’s character Norman Nordstrom, better known simply as ‘The Blind Man’.

Thanks to both the film’s smart script and Lang’s phenomenal performance, The Blind Man captured the attention of audiences in 2016, and so it was no wonder dives deeper into the character.

This time though he is positioned as the anti-hero protagonist instead of the main antagonist, a decision which caused some controversy online once initial trailers revealed this twist. 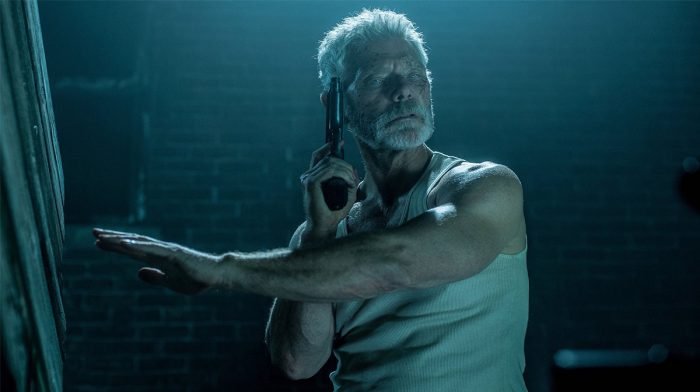 However, it was a risk returning co-writers Fede Alvarez and Rodo Sayagues felt they needed to take, emphasising at a roundtable interview that they wanted the sequel to go in a different direction.

Alvarez explained: “We tried hard to avoid doing the same as the first film but just bigger. Instead we wanted to come up with a concept that wasn’t what you expected, so the film will be faithful to the spirit of the first movie, but can be a standalone story too. That was more exciting to us as filmmakers and more challenging too as it wasn’t the easy route.”

Positioning The Blind Man as an anti-hero, or as the filmmakers like to call him the ‘anti-villain’, was definitely not the ‘easy route’ and although it may be surprising to some viewers, it is in line with what was achieved in the first film which played with moral ambiguities.

Alvarez and Sayagues explore this dynamic further in the sequel which sees Norman attempting to live a life of quiet solace with his 11-year-old daughter Phoenix. When a new danger enters their lives threatening the world Norman has created, he is tested like never before allowing us to see new sides of the character. 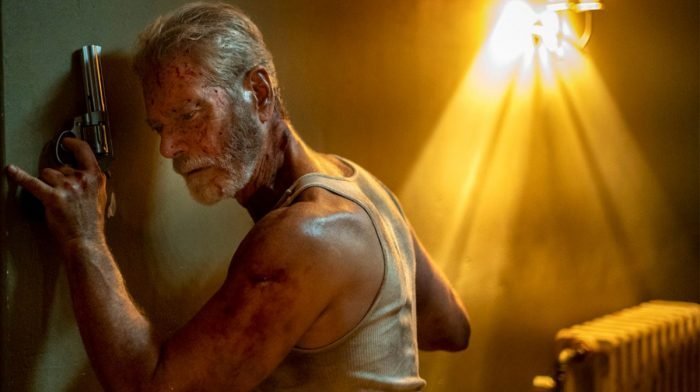 As Alvarez states, the story is built to allow Norman to face himself and his crimes: “The first movie is all about this guy who has done unspeakable things, but in his head his actions are all justified. So part two is about him coming to terms with who he is and what he has done. He fears becoming the villain as he believes he is the hero, he doesn’t want to face the reality of what he has done.”

Norman’s blindness isn’t just about his sight, as he is blind to the reality of who he truly is. Since the sequel wanted to explore this further it had to be told from The Blind Man’s perspective, hence positioning him as an anti-hero being in line with how he views himself.

Whilst being put in Norman’s shoes can be uncomfortable for audiences, it also helps us to gain a better understanding of this complicated character as he goes on this journey. 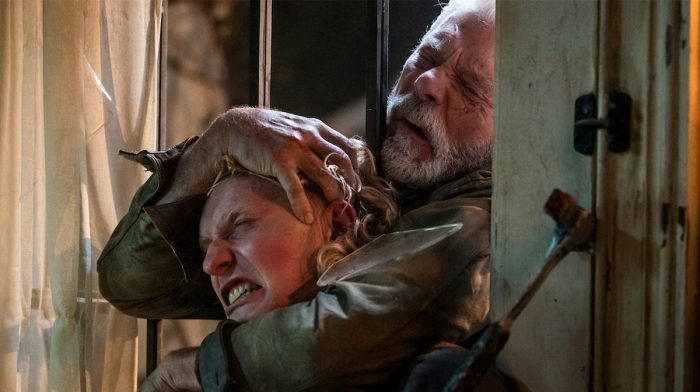 Although this can be testing for audiences, Sayagues hopes that they don’t just focus on the question of who they should be rooting for: “We never thought about it in those terms, and how the audience will judge the characters. We just want them to witness Norman undertaking that journey and that arc, posing the questions and then people can decide how they feel about it.”

Interestingly Don’t Breathe 2 has a surprising connection to another popular film series that is about the blurred lines between good and evil: none other than Star Wars!

In fact some of the dialogue echoes lines from the original trilogy, something the duo didn’t even realise until after they had written it. Sayagues added: “The whole configuration of our final scene can be compared to the one with the Emperor, Luke and Darth Vader [from Return Of The Jedi]. It was not conscious at all, it all came out in an organic way.” 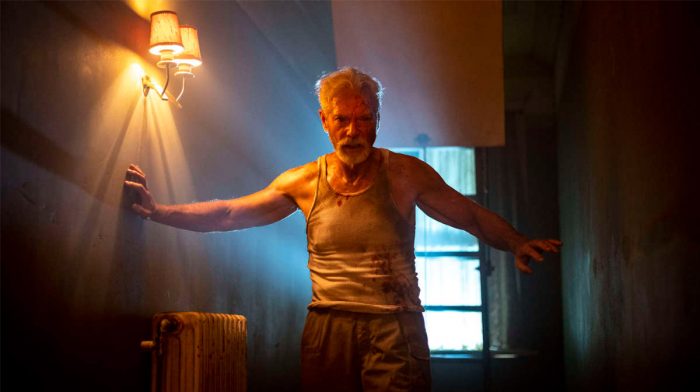 Continuing with the themes of Star Wars, in many ways Don’t Breathe 2 is also about mentors and prodigies but this time that’s behind the scenes.

That’s because when Alvarez decided not to direct the sequel the baton had to be passed on, with his co-writer Sayagues being the stand-out candidate.

Although Sayagues had no previous directing experience, for Alvarez he was the ideal man to follow in his footsteps: “Passing the baton to him was easy and he did a great job. When I decided that I wasn’t going to direct I knew I didn’t want to bring in an outsider.

“Transitioning from writer to director is normally pretty smooth as a good director has to be a good storyteller, and Rodo is one of the best storytellers I know. I couldn’t be prouder of the movie he’s made.”

And Alvarez should be proud of both Sayagues’ work and his own in creating such an intriguing and compelling sequel.