Ever since Gangs Of London first aired on Sky Atlantic earlier this year, the hugely impressive and blazing action sequences have been the talk of the town.

That was to no surprise though, as the British crime drama show was created by none other than Gareth Evans and Matt Flannery, the writer/director and cinematographer of hit action movie The Raid.

With the aim to bring action to the small screen in a way it had never been before, Evans recruited Jude Poyer as stunt coordinator, a stuntman with more than two decades of experience in the industry who previously worked with the director on Netflix’s Apostle.

Zavvi chatted to Poyer about how he brought Hong Kong action cinema to the streets of London, why Gangs Of London is so different, Evans’ unique approach to filming and much more. 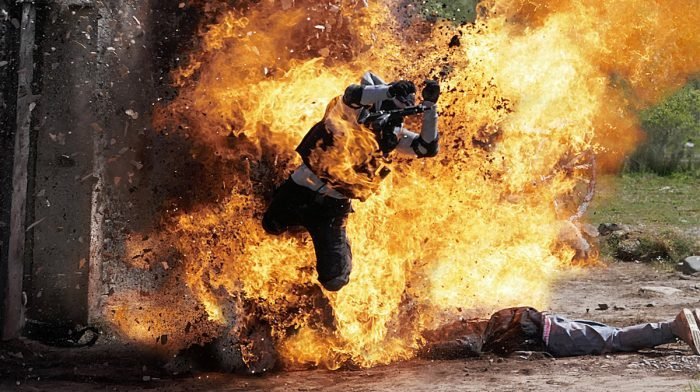 Zavvi: How did you become involved with Gangs Of London, and what is it like working with Gareth Evans?

Jude: I’ve known Gareth for a long time since he made Merantau, and he is a Hong Kong movie fan so I think he knew me a little bit as my background is working on Hong Kong films.

I think we worked quite well together because we had a similar approach regarding action, that the camerawork and editing is at least 50% of it.

In the west, the traditional way of shooting action is that the choreographer will choreograph something, then they shoot it, and the editor tries to make sense of it in the edit. 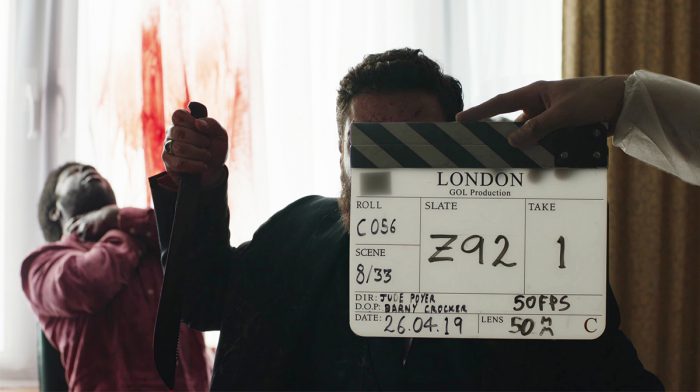 Whereas the Hong Kong way is to shoot the fights in specific pieces, with a pre-determined edit in mind, and Gareth takes that one step further as he shoots video previews of most of our action sequences way ahead of time, and we experiment with things, different angles and so on.

We build a mock-up of the set or location in a gym or studio using cardboard boxes, he will shoot that, edit that and when he’s refined it to a point he is happy with it, that’s what we have for reference when we are filming the actual sequence.

He matches it shot for shot, edit for edit. We have a similar philosophy towards how action should be staged and filmed. 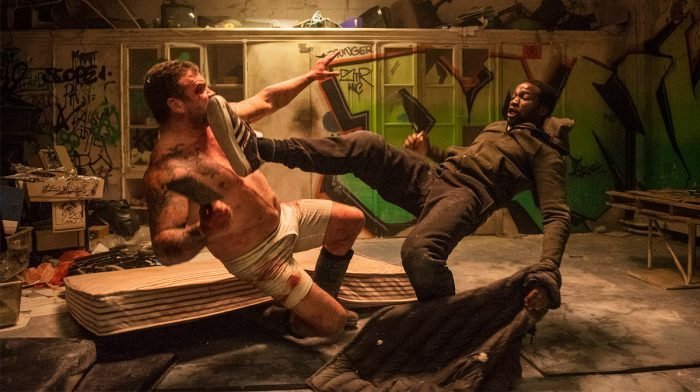 Zavvi: Yeah. He does have a different approach which is why his work is so successful and stands out, like with The Raid.

Jude: Absolutely. People rightly see Gareth as a visual director, he comes up with inventive and wacky shots.

Working with him I realised he never does gimmicks for the sake of it though, even with those crazy shots it’s motivated, there is a purpose to it, and that is what makes him different to other action directors. It isn’t just a spectacle. 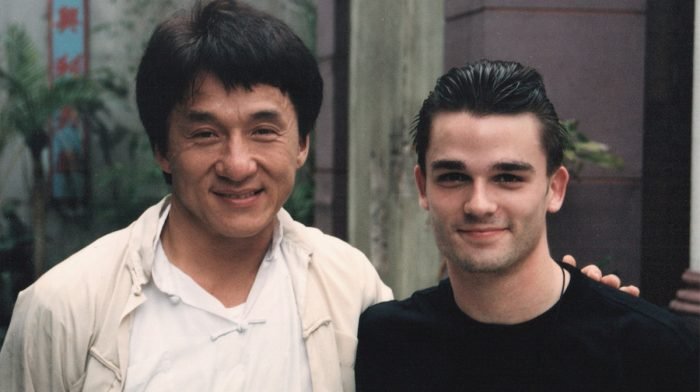 Zavvi: You have worked with the likes of Jet Li and Jackie Chan, some absolute greats, and that must have been fantastic. Did you take any lessons from them to your work on Gangs Of London?

Jude: Oh absolutely. I was always a Hong Kong cinema fan and the films still inspire me and inform the work I do. There’s only a limited number of combinations you can come up with in terms of how people punch, kick or shoot each other, so it’s how you present it, how you put a fresh spin on it so it feels different.

That’s something I learnt from them, they were always trying to find new ways to present action and be creative. 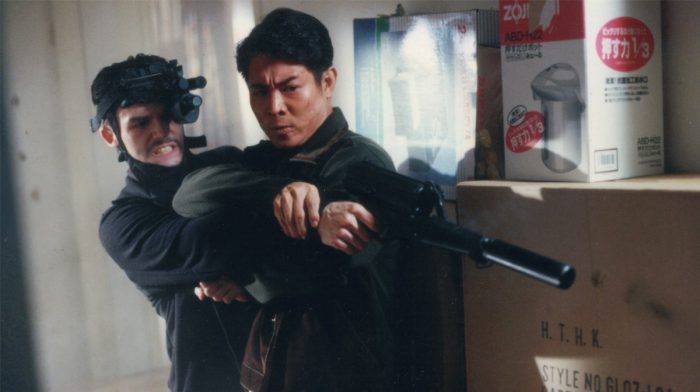 For example, Jackie Chan would use props in an unusual way, and his surroundings too. That feeds into how I like to choreograph and that Hong Kong style can be felt in Gangs Of London.

What I really respect about Gareth is that not only does he have some great choreography ideas, but I can present some to him too which comes from my experience in Hong Kong cinema, but Gareth then shoots it in a way that is appropriate for the world of Gangs Of
London.

For example the fight with Lenn, the butcher. If I was a betting man, my money is on the guy with the meat cleaver. I was talking through ideas with my team, I thought about what things might be in the location, so maybe Elliot picks up a mattress and uses it as a shield.

When we started blocking it out, it almost looked a bit comedic, but Gareth looks at that and makes a judgement whether he can make that idea work. He then built on that idea and squeezed so much tension out of that moment. But that’s the Hong Kong style, using your environment and different props. 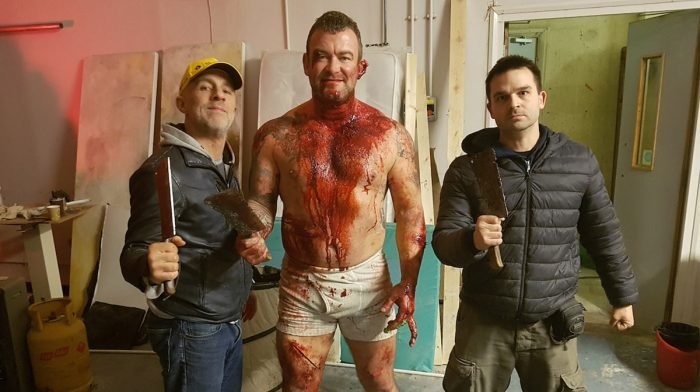 Zavvi: One of my favourite things about the show was how every character had a unique fighting style. For example, Elliot moves differently to Lale.

Jude: Yeah, I’m a big believer in action sequences being character based and motivated, and I don’t want any one sequence to feel the same. We should learn something new about the characters, or have a different emotion or experience with each one.

For example, with Elliot you have the pub fight which tells us about his focus and bullishness when pursuing something, so as he fights his way through he never takes a step backwards, we didn’t want him retreating as wanted to get that aspect of his character across. 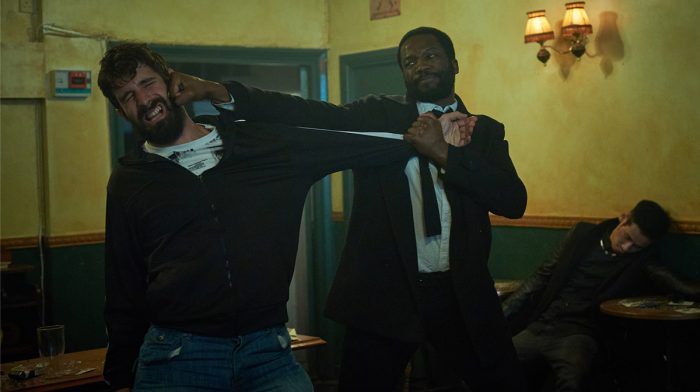 And then with the fight with Lenn, all of a sudden his punches aren’t very effective and it’s all about survival.

With Lale, the flashback sequence in Turkey, the motivation is she is trying to get to her husband and rescue him, so she is a little bit reckless, it’s not fully tactical and it’s unblemished.

She’s driven by emotion but hopefully the audience can also tell she’s trained and knows how to handle herself. It’s important I think because over the course of the episodes if the action is too samey, the audiences will feel they have seen it before. 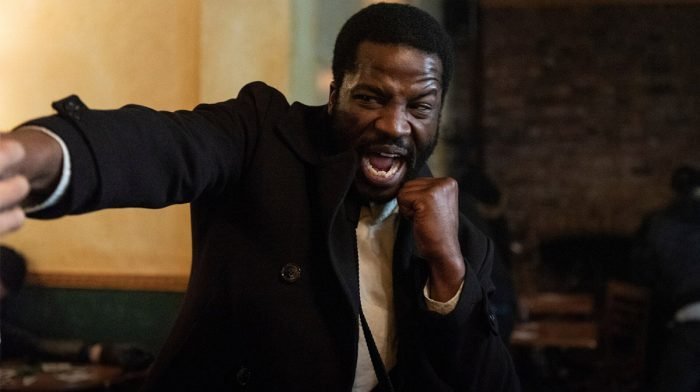 Zavvi: Yeah, and I liked the way that the various gangs each have their own unique way of fighting too, for example the Nigerians use the machetes. And then the mercenaries in episode five, they are very tactical.

Jude: Actually at one point there was talk of the Nigerians in the hotel room having guns, and I remember saying no, let’s make each gang unique and different, so they have their own flavour and I know Gareth believes in that very much.

Like with the Danish mercenaries, it was very much about tactics. We talked to military advisors etc, and the feeling was because they are mercenaries whilst they do have military training, they can use different weapons and have various tactics. 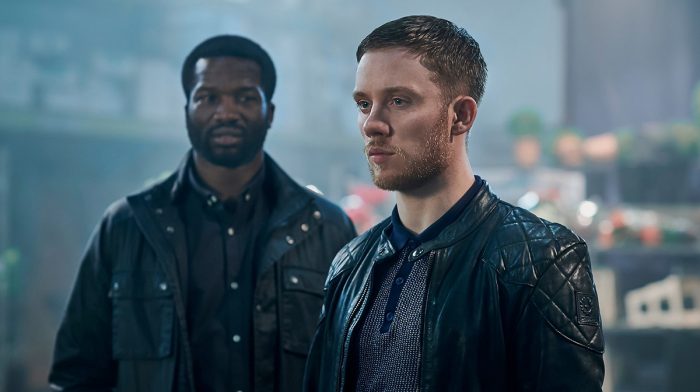 Zavvi: Do you ever decide against doing something because it might be too risky? I imagine on set you have medics etc on hand.

Jude: Safety is the number one priority. We eliminate risk as much as possible and with stunt work, sometimes you can’t completely remove that risk but that’s what we aim to do. Normally when we do action sequences at the bare minimum there will be a medic with you on set.

But with bigger sequences, for example the campsite scene at the end of episode two or episode five, you may require having ambulances and fire trucks there on standby. Basically anything with explosions or fire, you need a fire truck. 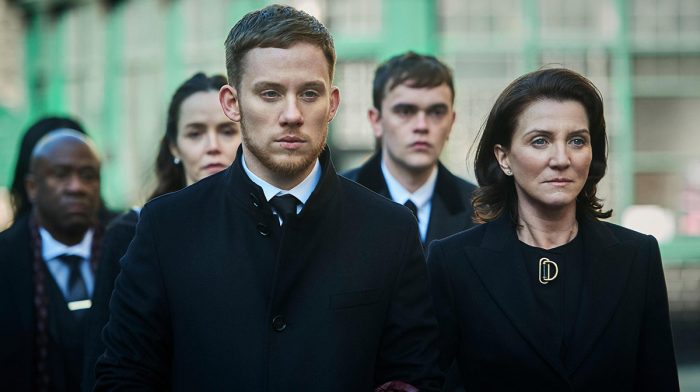 That’s all part of the design process and in the UK there is a strict health and safety structure, which I think is a good thing.

Health and safety gets a hard time as people think its the fun police, but in the world of filmmaking, I have never been in a situation where a health and safety advisor said no you can’t do that sequence, they want to hear how you plan to do it, and what’s in place to make it safe.

And on Gangs Of London we didn’t have any serious injuries, because it’s so planned. 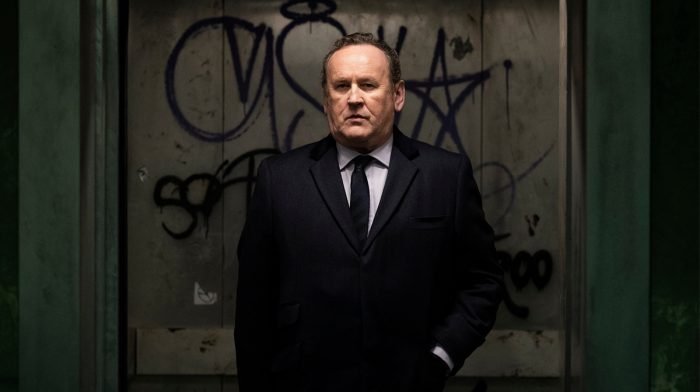 Zavvi: You mentioned episode five there, which is really quite something. You must be so proud of it?

Jude: I’m so, so happy. I remember when I was asked to do the show, I got sent through some scripts, and I read the one for episode five and I was so excited as not only did I think it was a great script, but I knew Gareth would be directing it.

With action, there’s only so much that comes across on the page, but I did feel it was something quite special. 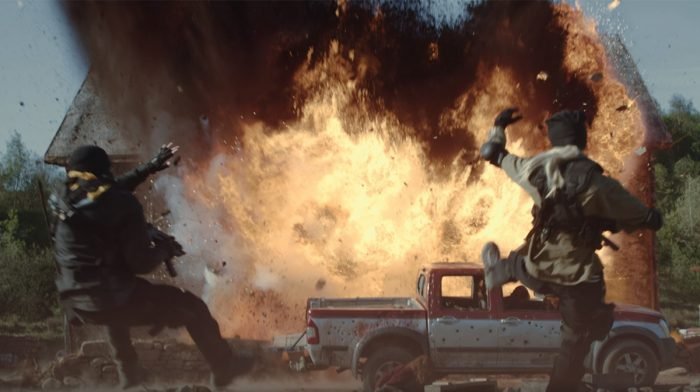 When you are on set shooting, as the footage comes through to Gareth’s laptop you are seeing the puzzle come alive in front of you, and even without the visual effects, the sound design, even then just looking at it on a laptop as we were making it I thought this could be something special.

The whole cast and crew got behind it to make it something to be proud of, and I look at it as a 50-minute action movie. It doesn’t feel like an episode of TV.

Zavvi: And how long does it take to plan out an action sequence?

Jude: Typically with bigger fights we would spend about a week to choreograph it, and then maybe two weeks to shoot the previs to find the camera angles etc, and then refine them. We probably spent the best part of a month doing work on episode five in pre-production. 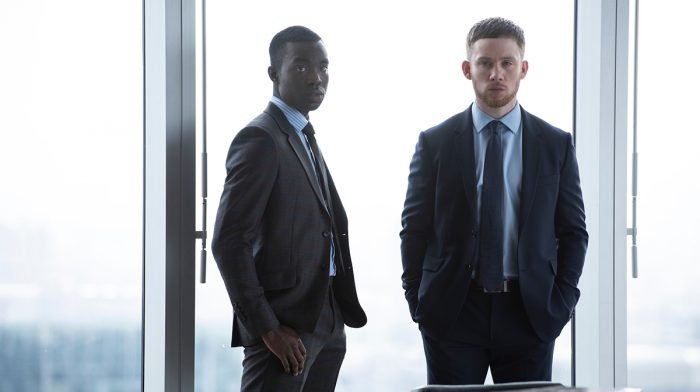 Zavvi: A second series has now been commissioned. You must be excited?

Jude: There is nothing I can say about it, but it must mean something was right with the first series.

I think it will be interesting to see where it goes as the first was pretty ambitious. But it’s absolutely exciting as it wasn’t a given.

Dazzler Media presents Gangs of London on Blu-ray, DVD and Digital out now.