To high school students, prom is the pinnacle of high school achievement. You made it, you get to dress up in gorgeous gowns and slick tuxedos, and you get to celebrate the end of one chapter and the start of another.

However, prom can also bring out the nasty side of teenagers as they claw their way to the event. This teenage cruelty is particularly exemplified in Brian De Palma’s 1976 film, Carrie.

Carrie is centered on the titular Carrie White, played by Sissy Spacek. She’s labeled the weird kid at school and is absolutely tormented for it. 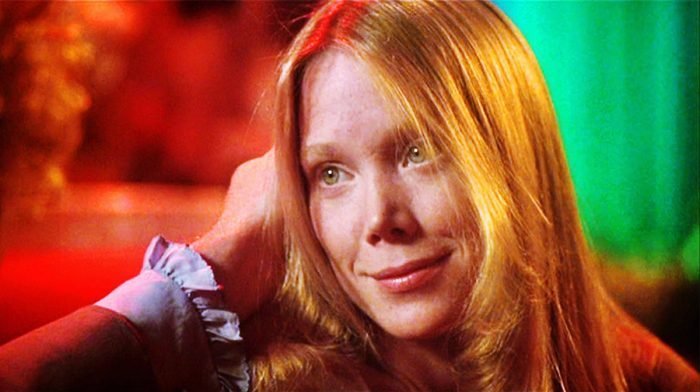 Meanwhile, at home, Carrie’s torment continues at the hands of her religious fanatic mother (Piper Laurie) who locks her in a closet if there’s even a hint of sin.

Carrie is a vessel for trauma, never getting a reprieve from abuse. But, when the film’s famous pig-blood-at-prom-prank scene occurs, Carrie is finally able to enact her revenge.

However, the climactic prank is the culmination of several smaller pranks that illustrate how Carrie is regarded by both her peers and her teachers. 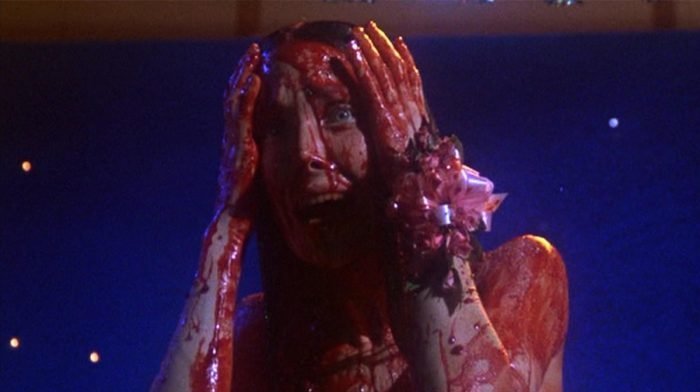 During the film’s opening, Carrie gets her period for the first time. But she has no idea what’s happening as her mother never explained menstruation to her. So Carrie panics at the sudden appearance of blood and screams for help. But, instead of helping her, her classmates pelt her with tampons and shriek, “plug it up”.

Getting your period is a normal part of being a woman, and there is often a sense of camaraderie around the act; those of us who get our period commiserate, and willingly share tampons to anyone who asks.

However, such compassion and empathy is not extended to the naive and painfully innocent Carrie. She is instead mocked and laughed at while her teacher literally tries to slap sense into her.

Carrie is seen as so naive it is annoying. and treated as a joke rather than an abused young girl. This opening scene sets the tone for the cruelty of teenage girls, and the slowly growing rage of Carrie. 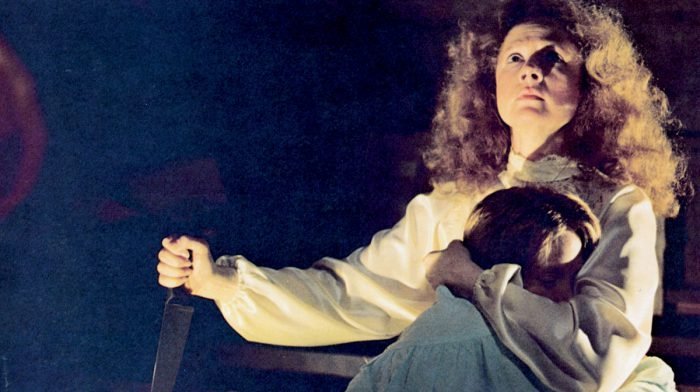 Carrie’s fury over being so ignored mounts as her principal calls her “Cassie” over and over again while talking to her about the gym incident. With each disregard of her name, the realisation that no one really cares about her grows.

She is seen as a nuisance and not someone in need of support or resources; she herself is treated like a joke because of her mother. Her rage actually physically manifests as she realises she is able to move things with her mind.

In her victimisation, Carrie becomes even more of a target as one bully, Chris, directs all of her anger at Carrie. Because of Carrie, Chris loses her opportunity to go to prom, the end-all-be-all of high school life. It is like Carrie has inadvertently taken everything away from her.

So, Chris plans a nasty prank that illustrates the extreme nature of her emotions and the larger problem of hatred among young girls. She plans to ruin Carrie’s prom by dousing her in a bucket of pig’s blood. 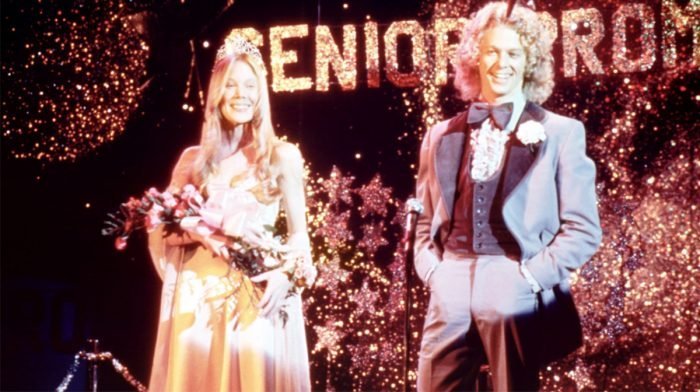 Prom is something Carrie never thought she’d experience. She is so mocked and hated that she can’t imagine someone asking her. Yet, a boy named Tommy takes pity on her and asks her to the dance.

While it isn’t a prank, it is an act of pity rather than an act of truly caring. His girlfriend Nora forces him to ask Carrie as if she is nobly righting some wrong. Nora is trying to make amends for her past actions against Carrie, but instead only reinforces Carrie’s paranoia that she is being targeted.

And yet, Carrie lets her guard down and has her dream prom. The soft lights of the school gymnasium highlight her loosely curled hair, shy smile, and radiant energy. It is like she has entered some kind of teenage dream where she has a date with a cute boy and she feels beautiful. 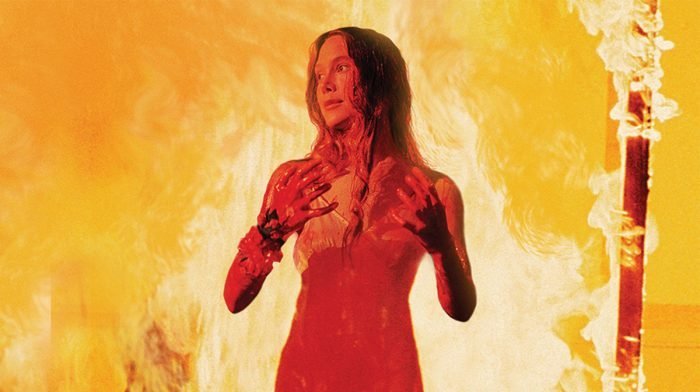 But this dream quickly turns into a nightmare as Carrie’s enjoyment is shattered by the hatred of one teenage girl. She is falsely named prom queen to get her onstage, but the moments leading up to this are so full of bliss.

Carrie finally feels some kind of love and respect as people cheer while she walks onstage. She has achieved the crowning achievement of being a teen: being prom queen.

For just a few moments, Carrie is shining onstage like a normal girl. But she is quickly extinguished with a bucket of pig’s blood ruining her dress, her hair, and her pride. 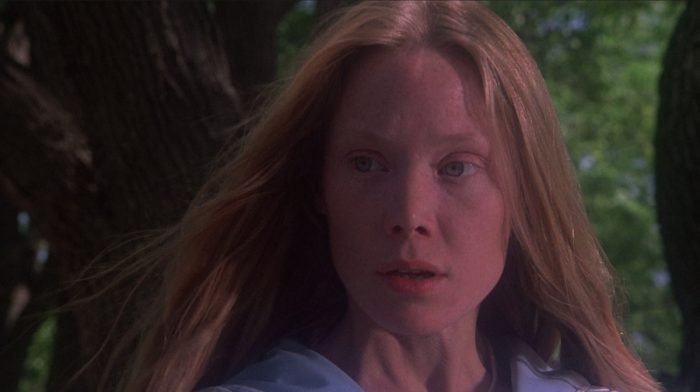 As her classmates laugh at her, just as her mother predicts, Carrie snaps. She refuses to continue to be bullied and shamed in front of the group.

Using her telekinesis, she reclaims her own life as she tears down the gym and murders her classmates. During her rampage, the scene is shown in split screen, with one screen from Carrie’s point-of-view, and the other from the victims’ point-of-view.

This technique has the viewer understand the violence being inflicted on those who have caused Carrie such pain. In this moment, Carrie’s innocence has vanished and been replaced with malice on par with Chris. 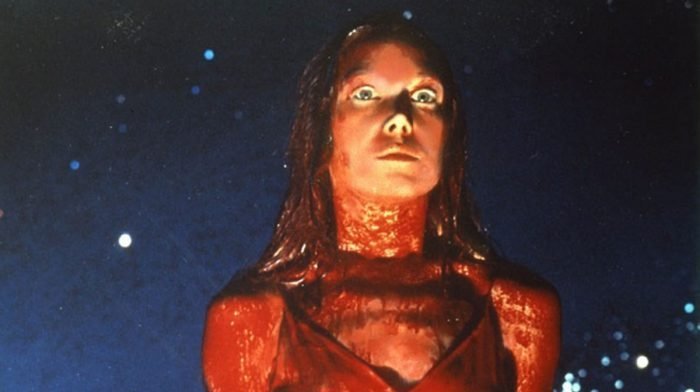 Carrie commits mass murder and perhaps her revenge does not fit the crime. However, the catalyst is not just the pig’s blood; it is the years of abuse in every aspect of her life.

She is unleashing the pent-up rage of a lifetime of self-hatred inflicted by her mother, her peers, and her teachers. This is the pinnacle of a prank gone wrong, and a prank performed with the most malicious of intentions.

While this prank was meant as an act of petty revenge, it was met with a bloody and violent vengeance.