He’s worked with some of the most acclaimed directors in the business, from Michael Mann to Sofia Coppola, and has sunken his teeth into some brilliantly villainous roles in massive blockbusters. But for Stephen Dorff, MMA fighter Cash Boykins was one of the most challenging parts he’s ever committed to.

Cash is the lead character in Embattled, a tense new sports drama that deals with the cycle of toxic masculinity from father to son in the hyper-macho world of MMA.

When Zavvi jumped on the Zoom chat with Stephen having just spent two hours in the company of Cash, being in his presence became briefly intimidating as it’s one of Dorff’s finest and most transformative performances.

We got a chance to speak to Stephen about why he thinks Embattled is the best MMA film that has so far been made, his intense training schedule, and his thoughts on the upcoming Blade reboot. 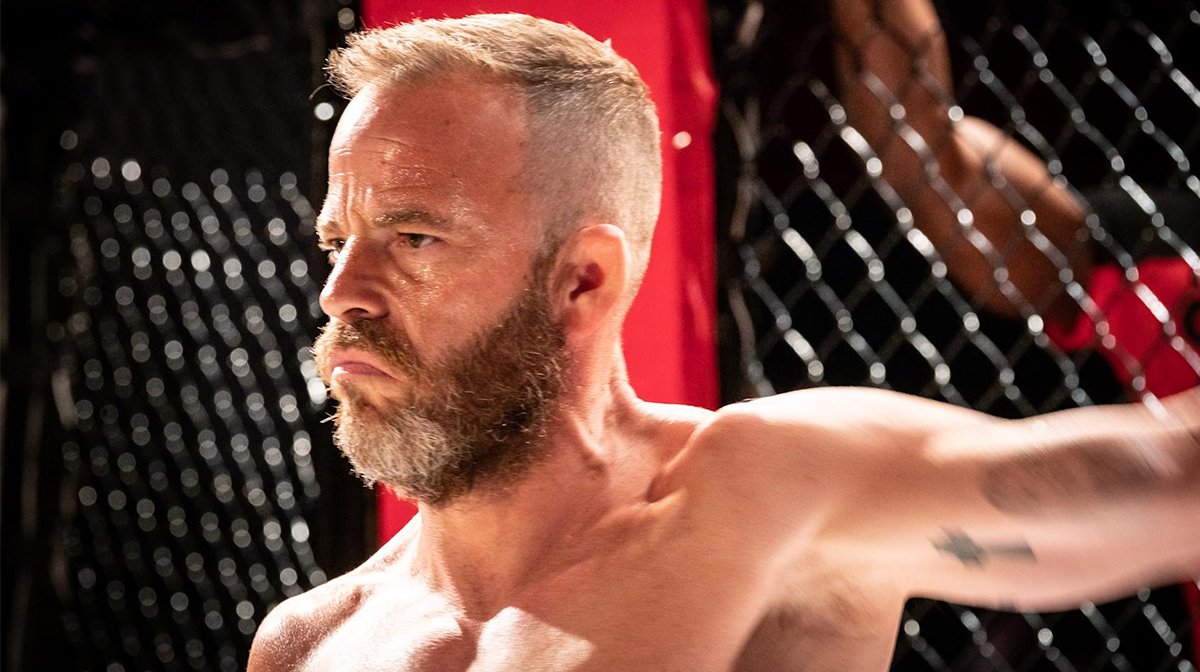 Zavvi: You’ve played villains before, but you’ve never played any character with quite as few redeeming qualities as this. Was it a challenge for you to transform into Cash?

Stephen: Yeah, I went for it on this one as I knew that this film would have been a disaster if I only went halfway with the character.

What I thought was really special about David McKenna’s script was that it was very honest, so I had to take what was on the page and let it live. It was such an uncomfortable character to play for two months, not just through the physical training, but through how mentally exhausting it was to be in this guy’s headspace.

This guy is flamboyant and charismatic in public, but an absolute train wreck in his personal life, and whenever you play any character like this, it’s always a commitment. Once that commitment is over, it’s all about trying to get him as far out of your mind as possible. 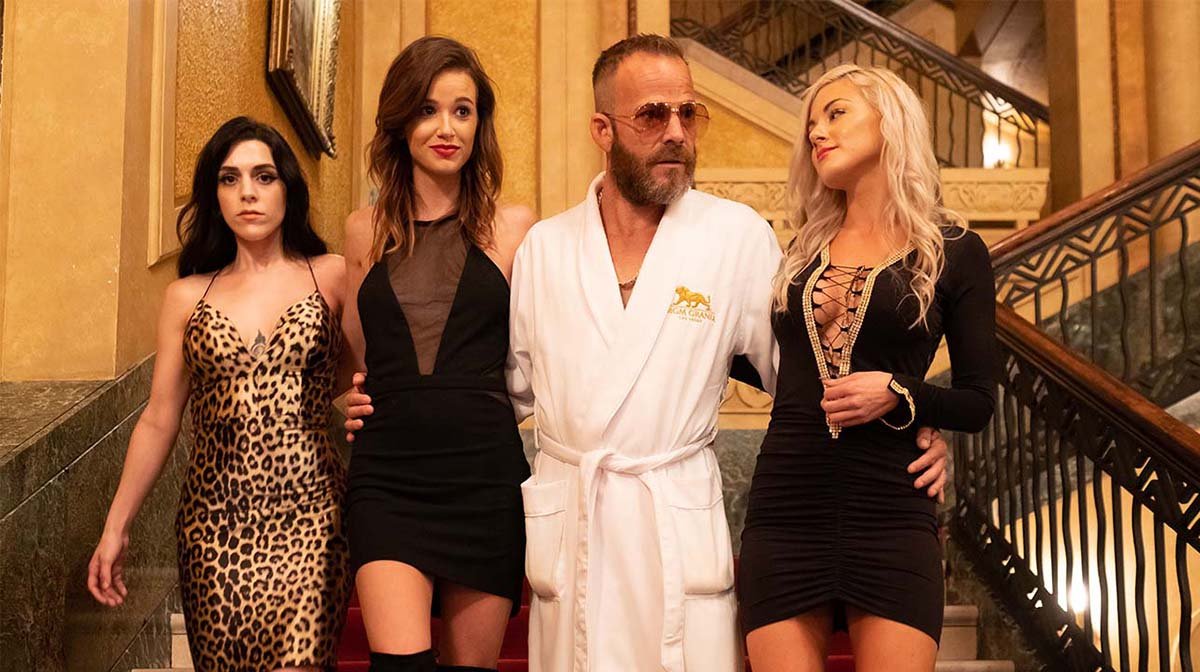 Zavvi: Most of the people watching Embattled will be quick to make comparisons between Cash and Conor McGregor in terms of the look, the cocky attitude, and the fact he’d fight anybody for the publicity.

Cash may be an Alabama boy and not a Dublin native, but was McGregor a point of reference for how you approached the character? And did you pull from any other MMA fighters when preparing for the role?

Stephen: It was a mix of different inspirations. I spoke to Nick [Sarkisov, director] and David [McKenna, writer] a lot about Conor; he’s the poster boy of the UFC, has such a swagger and sense of style, and will say the most outrageous things at press conferences because he has no fear about what he wants to show the world. 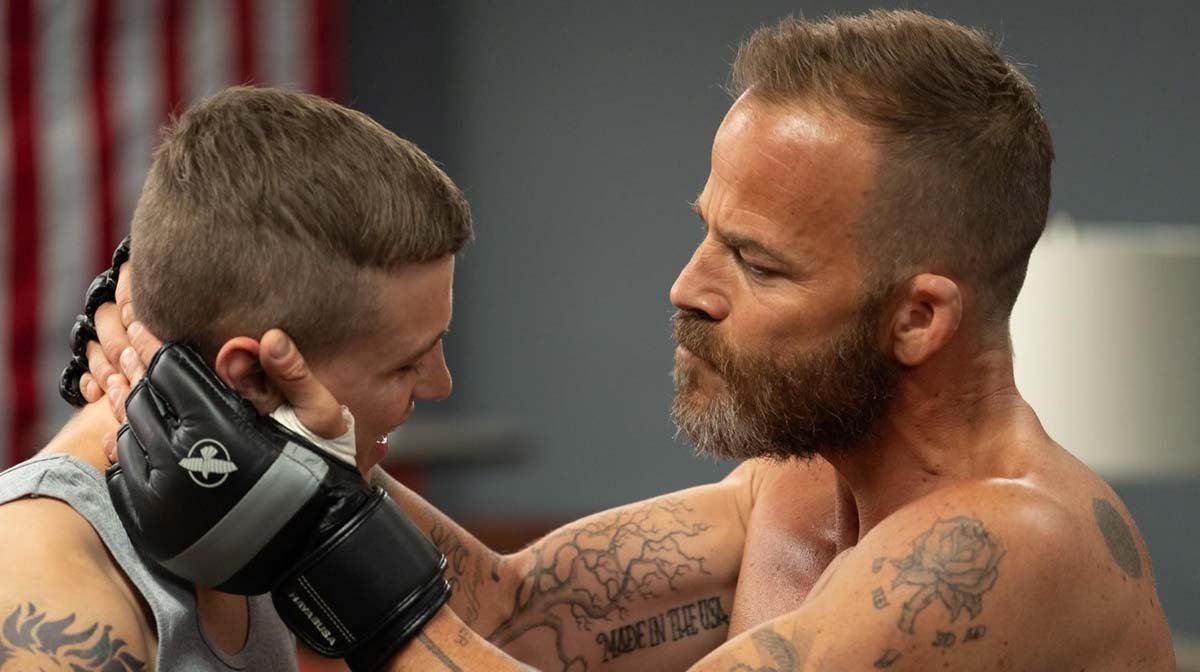 So I pulled from Conor in a major way when it came to the look, but at the heart of it, I feel like this character is a much different guy – I wouldn’t want anybody to think I was playing Conor McGregor.

He wasn’t the only person I looked to for inspiration; I looked at the fighters I’ve come to know and respect, such as Cowboy Cerrone, and tried to channel their intensity as people.

And it wasn’t just MMA fighters, I thought about Floyd Mayweather when it came to Cash’s business sense, and what a machine he’s created for himself. I tried to morph all these different personalities together to create what Cash Boykins became. 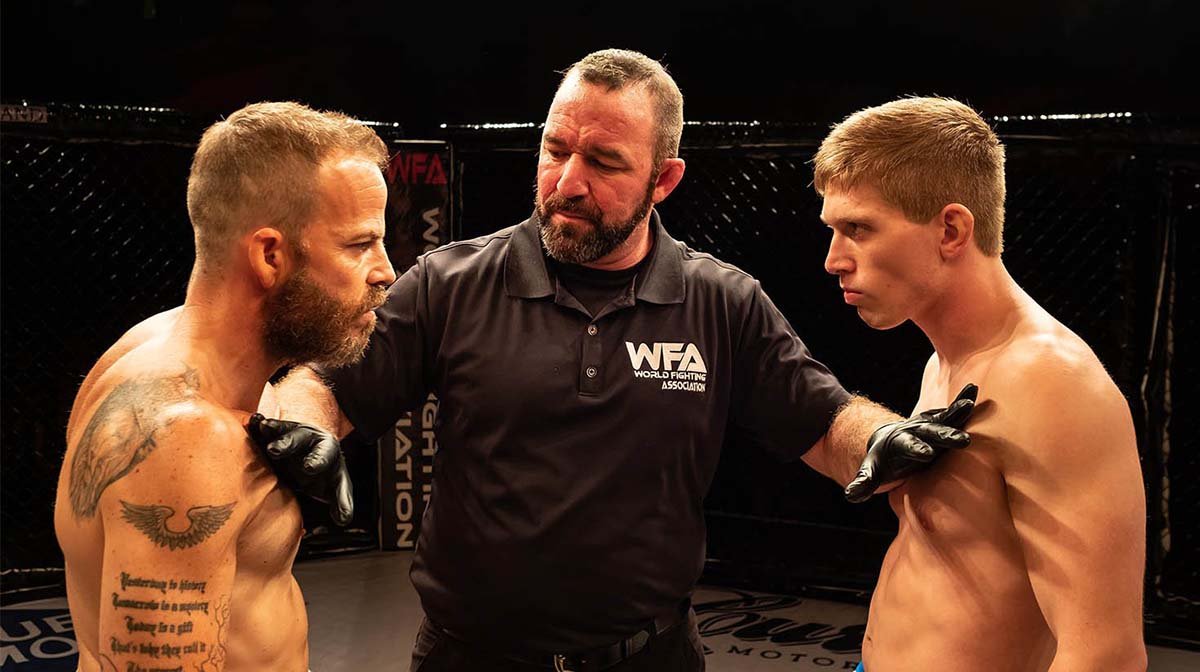 Zavvi: Were you just looking to those guys as inspiration for aspects of the character, or did they inspire you when it came to the physical training for the role?

Stephen: I didn’t have as much time training for this movie as I would have liked. I was coming off True Detective, and the shoot for that was already running over schedule, so I had to rush into eating and putting on size, the first hurdle to becoming Cash.

I had to do all this in five weeks, as well as add an extra ten pounds in muscle, before I could get to the shoot in Alabama and start working with the fight choreographers. I worked with a guy named Chris Connolly, who’s a brilliant UFC coach who has worked with a lot of great fighters. 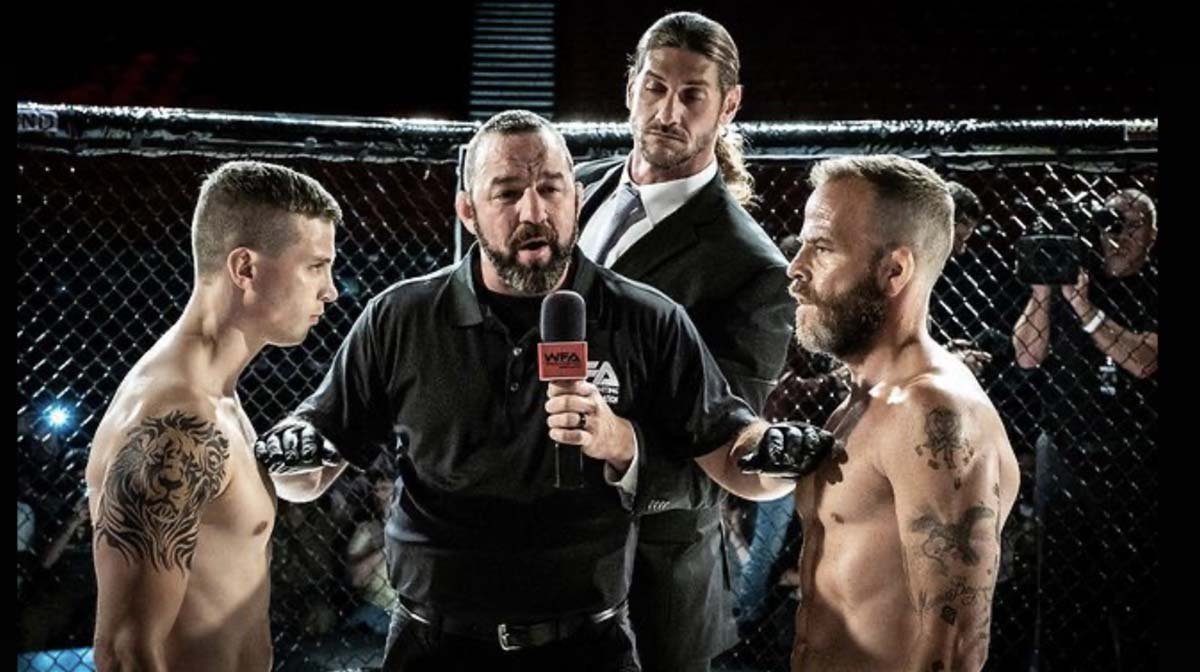 I’m a quick learner when it comes to choreography because, well, I’ve done movie fights my whole life – I don’t need months to do that, just a solid week and a half!

The rest was working out how to look the part, because when I started cardio I was actually losing size. It became about trying to be as big as I could be so I could feel like Cash Boykins when I stepped into that arena, and thanks to the team and a schedule balancing the cardio with the weight training, we got it done. Of course, I’d have still liked a little more time…

Zavvi: Sports movies about dysfunctional families, from classic boxing movies to other MMA films such as Warrior, have continued to endure as a sub-genre.

Why do you think these stories continue to be told? And what attracted you to make a film in this mould in the first place? 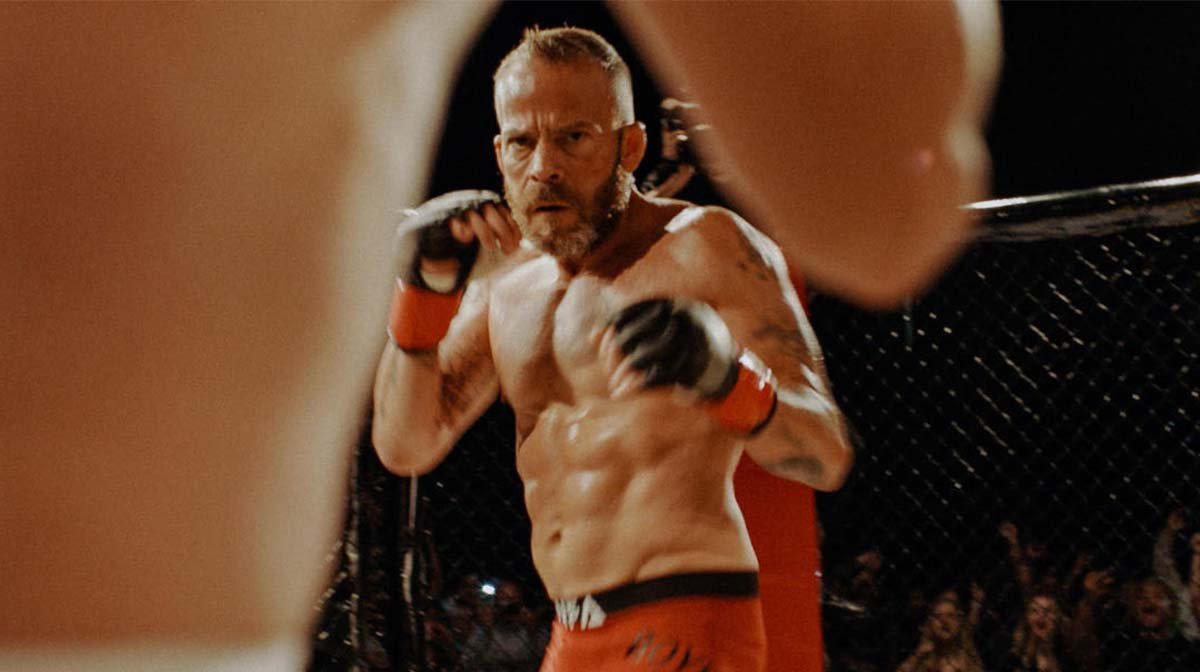 Stephen: It’s like any genre: sports movies can be great or they can be terrible. MMA is fast becoming one of the most popular sports in the world, but there’s still this void when it comes to films about it – there was Warrior, and there’s a Halle Berry movie next year [Bruised], but that’s about it.

It’s why I’m convinced that right now, we hold the belt for the best MMA movie. And the MMA community agrees, the reaction to this one has been very special.

There have been great movies about boxing, but we’re still getting endless boxing movies, even though the sport is diminishing in popularity, and they all tend to tell the same story with different character names.

It’s why Embattled was a no brainer for me – this is a world bigger than boxing, and has one of the darkest stories I’ve ever read. A father and son meeting up in a cage to essentially fight to their death. That story doesn’t come around very often! 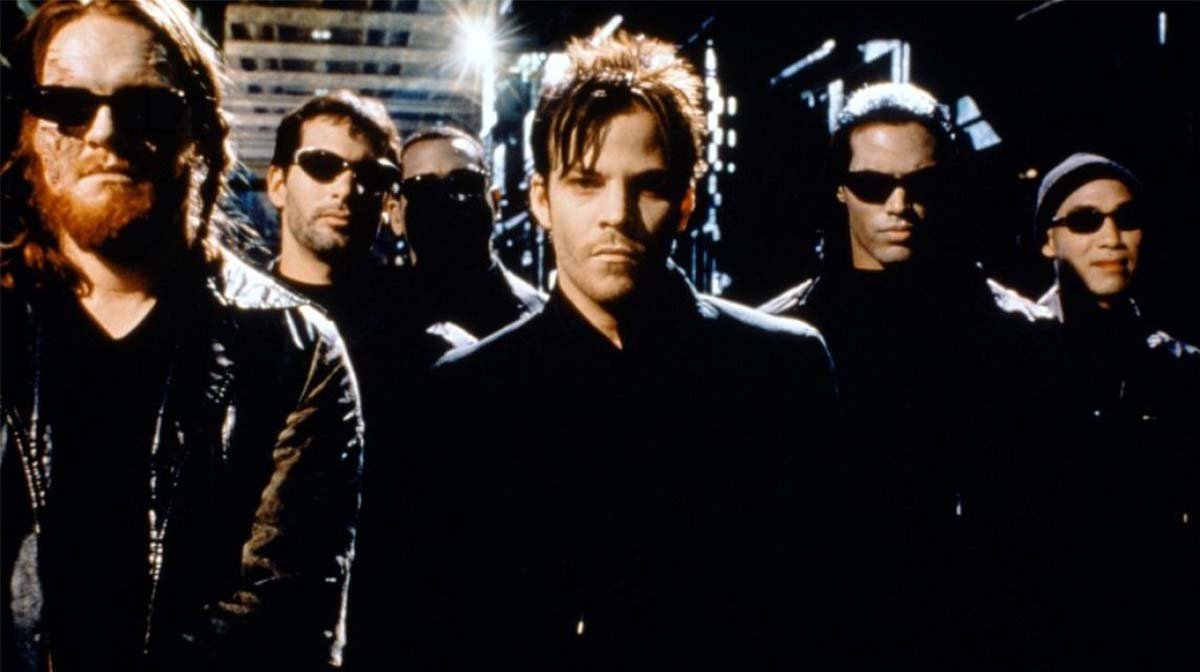 Zavvi: And if we’re talking about villainous roles, we have to briefly touch on Blade. You worked with Mahershala Ali on True Detective, do you think he’s got what it takes to take over from Wesley Snipes?

And if they include Deacon in the reboot, have you got any advice to the actor taking on that role?

Stephen: I have no idea what’s going on with that movie, and don’t think they’ve even hired a director yet. What I will say is what made Blade so special was the director, Stephen Norrington, and I don’t think either of the sequels were as effective – they didn’t have what he brought to the material.

The film felt ahead of its time in a major way, I think that and The Matrix set the bar for the type of comic book movies we see today. 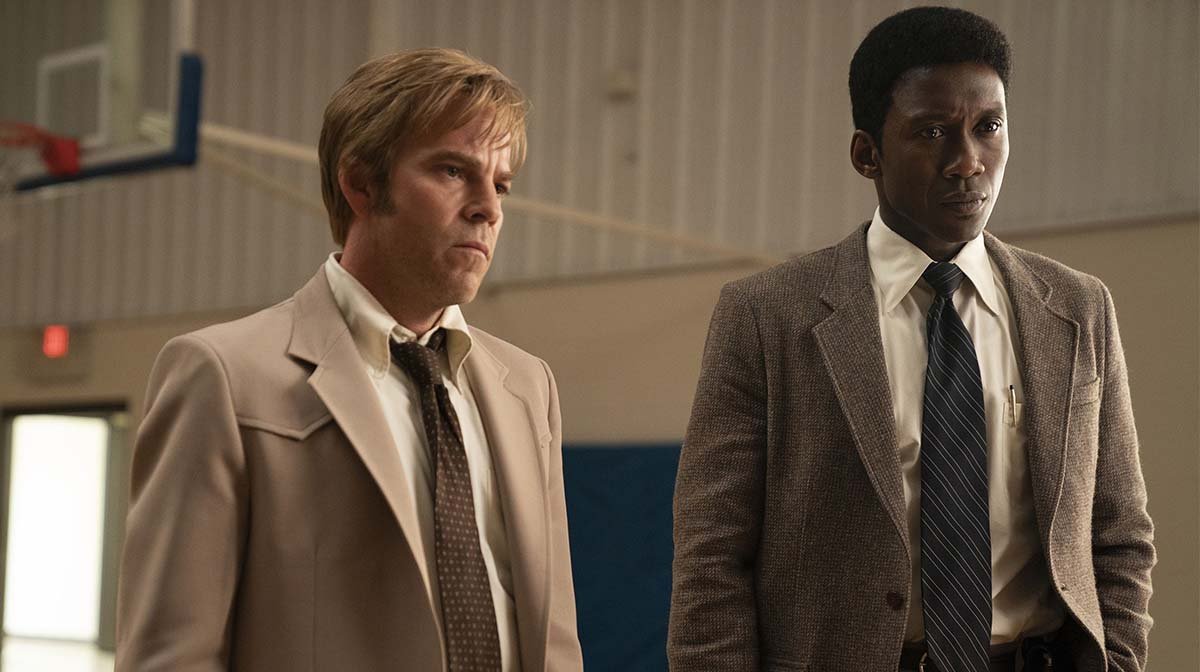 What those movies had that a lot of modern comic book movies miss is a clear directorial vision: Blade is a one note character by design, he shows up, looks cool and kicks ass.

Mahershala will be incredible doing that, but you need strong writing and direction to help elevate that character, and I don’t know what Marvel’s vision is for Blade. I just know that Mahershala is a hell of an actor, and that he’ll be great in the role.