The first DLC pack for Call of Duty: WWII, The Resistance DLC pack, is now avaialbale to play on Xbox One and PC. Experience brand new multiplayer maps, a new War Mode Mission and an expansion to the ever popular Nazi Zombies Experience – The Darkest Shore! 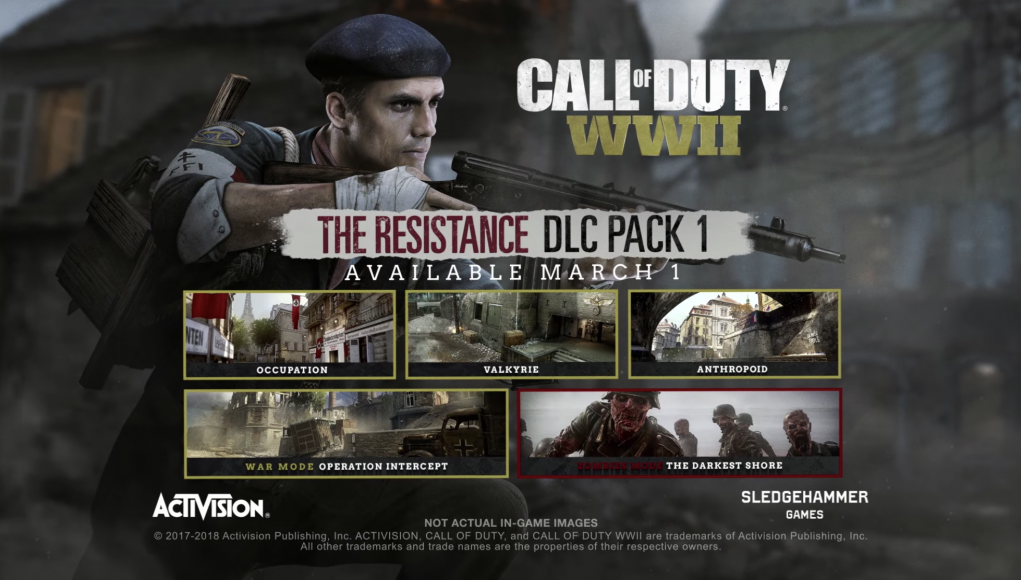 In The Resistance DLC pack, players will fight in iconic World War II locations, from Paris to Prague, all centered around historic uprisings in three new Multiplayer maps and an all-new high-octane War Mode map.

The Resistance DLC pack also features the newest horror-filled chapter in the co-operative Nazi Zombies saga, The Darkest Shore. Only days after the horrific disaster of Mittelburg, the crew has received intel that suggests Doktor Straub is on an island just north of Germany. Blanketed in fog, this island is surrounded by enemy air and sea power – and crawling with the Undead. Marie, Drostan, Olivia and Jefferson will need to battle all this and more to uncover the mysteries hidden within.