The short teaser sees the gang explore Creel House, the mysterious home of new character Victor Creel, who will be played by horror icon Robert Englund, best known for portraying Freddy Kreuger in the Nightmare On Elm Street series.

Opening with a flashback to a family arriving at the house, things soon take a turn as a dead rabbit is discovered in the front garden. Other strange things start happening, concluding with who we presume is Victor standing between the bodies of his children.

We are then taken to the ’80s, where our beloved group of Steve, Max, Dustin and co. are searching for ‘clues’ within the house.

It seems they are investigating Creel, who has been imprisoned in a psychiatric hospital since his family was brutally murdered in the 1950s.

He claims a demon was responsible, suggesting that the Upside Down has been haunting the town of Hawkins longer than any of us realised. 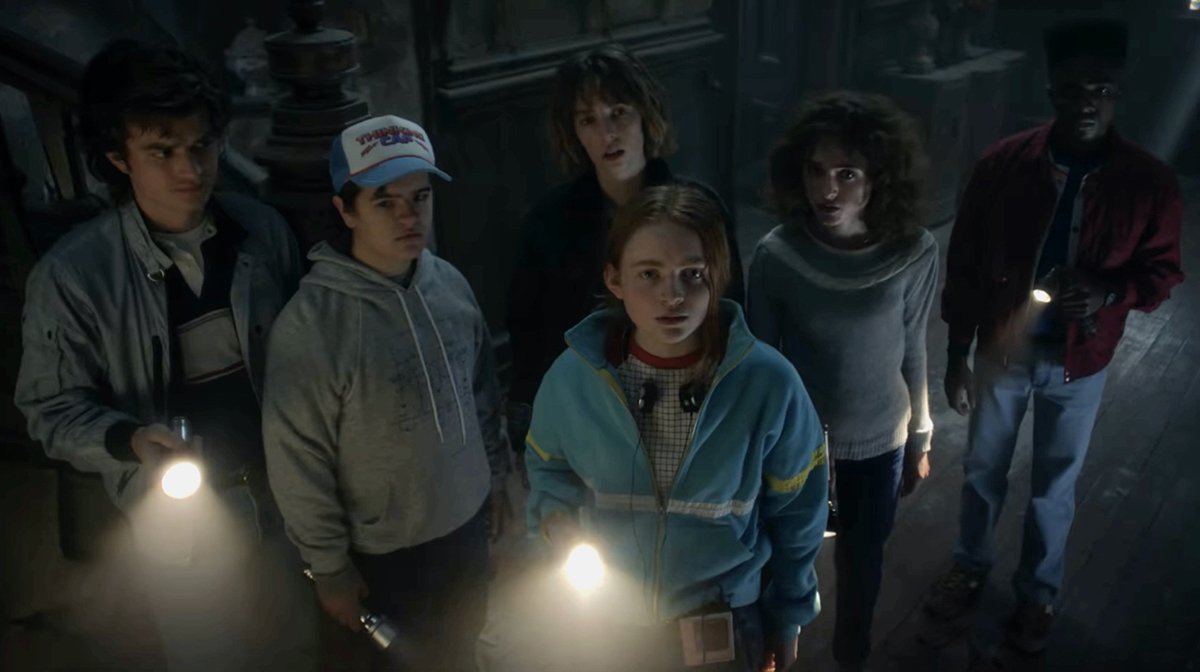 A clock is heard ticking as the tension builds, with the concluding shots of the teaser focusing on it as we are transported to the Upside Down.

The short trailer doesn’t really tell us much about the season which is still shrouded in mystery, but the Stranger Things gang exploring a haunted house – bring it on!