The ‘80s are credited with producing some of the best comedies out there. Take Ferris Bueller’s Day Off, Bill & Ted’s Excellent Adventure, Spinal Tap; the iconic era for movies birthed classic after classic.

But Airplane!, 1980’s prime comedic export, is one of the most memorable.

Until the mega-successful Ghostbusters came around, Airplane! was the highest-grossing comedy of all time, and it was to no surprise that audiences latched onto it.

Never before had a film been so silly, so off-the-wall and in-your-face that it disregarded its own format to more effectively do its job of making people laugh. 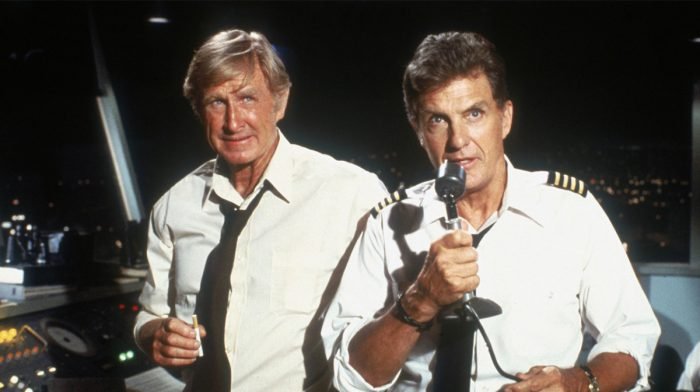 It does this most crucially by setting aside techniques used by previous comedy films, paving its own path. When reflecting on the comedies of the past, the first thing that may come to mind is the plot, or even the characters you become invested in.

Airplane! sees Ted Striker, an alcoholic pilot who has become afraid of flying due to wartime trauma, board a plane regardless to reconcile with his ex-girlfriend Elaine, the stewardess.

The film follows the pair as food poisoning sweeps the crew and threatens to crash the plane, if not for Ted recovering his courage and landing it himself. But to look back fondly on the story or characters may be to miss the point entirely. 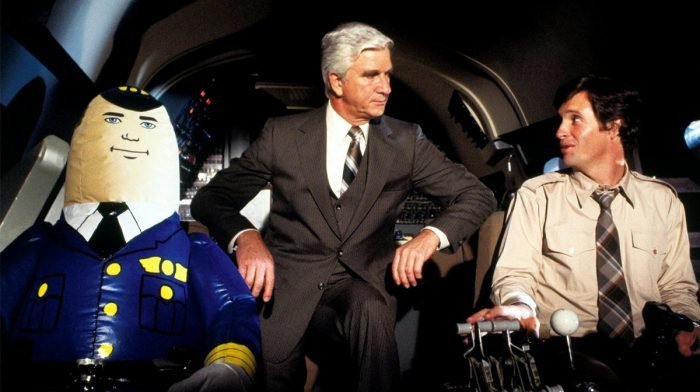 The film is packed with gags that make no thematic sense, like NBA player Kareem Abdul-Jabbar trying to assimilate with the crew, or Striker’s ‘drinking problem’, but this is what makes the film so endlessly charming and memorable.

Continuity, story and character are less important than an opportunity to make the audience laugh.

Everything about the film, including the very foundations that hold any regular feature together, exist only to make you laugh. Every single moment is spent either setting up a joke or delivering you a sharp gag, making the film an unrelenting comedic barrage.

Airplane! changed comedy by taking it literally, and prioritising how to make the audience laugh from moment to moment. 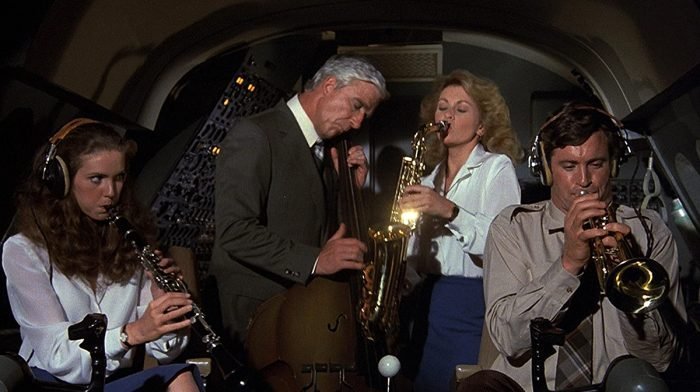 It reinvented the genre, taking it back to square one by making the story and character development unimportant. The only thing of importance were the jokes.

And the lack of memorable story beats made way for the jokes, and the film was much better off for it.

Leslie Nielsen carries the absurd humour with his classic deadpan delivery, playing the all-serious Dr. Rumack to counteract the insanity of pulling egg after egg out of a food poisoning victim’s mouth. 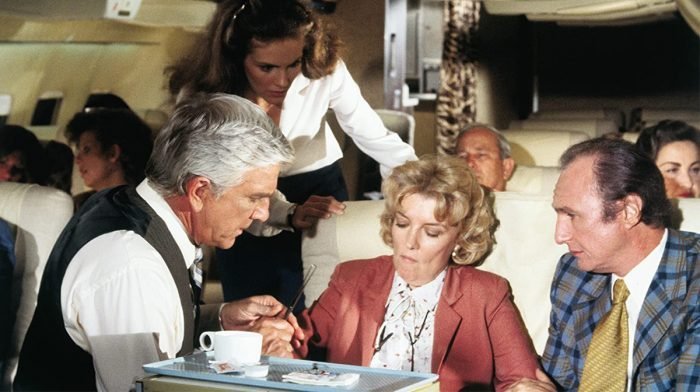 Many sequences feel a lot like separate sketches dispersed amidst the main plot, and seeing Ted and Elaine’s love blossom in their youth breaks up the scenes on the plane.

The film defers to parodies of Saturday Night Fever as the couple meet, and we see Ted become a master painter as he recovers from the war in hospital.

Airplane!’s style and influence has adapted over time, and the silly humour that the film popularised is still found in current TV, with Limmy’s Show and I Think You Should Leave with Tim Robinson as notable modern examples. 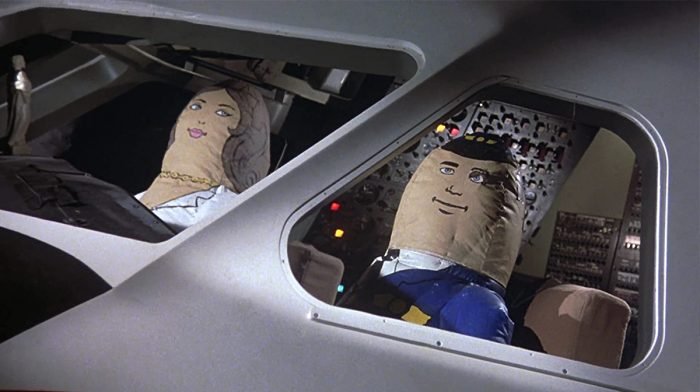 Even though Airplane! took the silliest road to such an achievement, it changed comedy going forward.

The genre by 1980 was steering into character-led movies that built their humour on sympathy for its protagonists, but the trio of directors behind the daftest release of the decade stripped the formula down to its absolute barest (which is especially fitting granted the shock nudity gag halfway through the film).

Delivering jokes at breakneck speed that spite the film’s story advancements are what defines it, subverting the simplest elements of filmmaking and basic cinematic structure to set itself apart.

Movies don’t really need to mean anything as long as they remain entertaining enough to make up for it, and Airplane! is as entertaining as they come.