Since 2002, the web-slinging superhero has been swinging across the silver screen in some of the best superhero movies that the genre has produced. With the new game releasing last week, this got us thinking … which Spider-Man portrayal is the BEST Spider-Man?

The most recent portrayal of Spider-Man comes from 21-year-old Tom Holland. Holland made his first appearance as Spidey in Captain America: Civil War, joining up with Team Iron Man. With the introduction of Holland as the new Spider-Man, this set the pace for the first Spider-Man standalone film featuring Holland, Spider-Man: Homecoming. The film follows Peter Parker balancing the life of an ordinary high-school student with the high-pressure intensity of superhero life. You know the drill; trying to stop the distribution and development of new super-weapons while trying to make it back in time for class. Following the heart wrenching performance in Infinity War, it was clear Holland was the real deal when it came to being an A* Spider-Man. Tom makes a good choice for the Spidey that we know and love due to his likeable persona and natural fit to the franchise. But is he THE BEST? 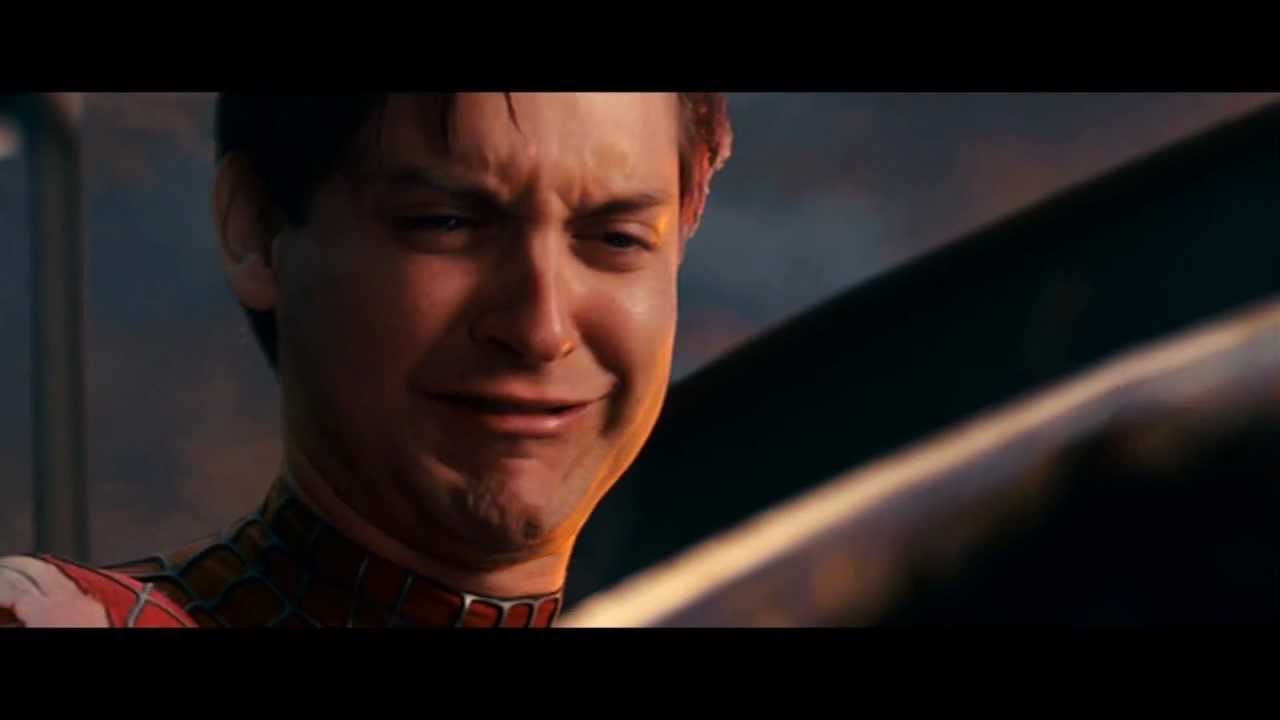 Let me set the scene for you; Flash back to the 14th of June 2002. You walk in to your nearest cinema, buy a box of popcorn and settle down to watch the first Spider-Man film. As you’re sitting there watching the screen, a new face pops up that you don’t recognise before. It’s the beautiful, beautiful face of Tobey Maguire. Tobey Maguire, aka OG Spider-Man or MY Spider-Man, was the first actor to grace the silver screen as the web-slinging superhero. Wearing the original Spidey suit, and arguably the best version of the suit, Tobey Maguire played Spider-Man in the original trilogy of films showing the origins of Spider-Man from radioactive spider bite right up until the infection with the venom symbiote virus. When comparing the performances of each actor as Spidey there are a couple of things that set aside Tobey Maguire as the best Spider-Man from the films. Whilst we could list off multiple reasons for this, we only really need to mention one…that scene. Yes, you know the one. After donning the very cool new black suit, Tobey Maguire’s portrayal of Peter Parker becomes a lot darker. Sporting a new slicked over fringe, Maguire proceeds to perform the best scene in the history of acting (no exaggeration). Walking down the street, Maguire proceeds to dance his way from woman to woman and generally being a much, much cooler version of the previously nerdy and shy Peter Parker. Ask anyone and they’ll tell you the same thing; if you watched the Spider Man films from the original film in 2002, Peter Parker is THE only Spider-Man because of this one scene. All it took was this one scene for people to truly feel that Maguire was the perfect choice for Spider-Man. We can’t deny that he’s our number one choice. We’re not alone in this decision either with these films being the best rated in the franchise history. He’s not just MY Spider-Man…he’s OUR Spider-Man!

Disagree with our opinions? Do you think Tom Holland still has more to offer us before we can make a decision on who the best Spidey is? Or do you think that Andrew Garfield does a better job of playing Peter Parker? Let us know on twitter using @Zavvi and we’ll happily prove that Tobey Maguire is the only Spidey for us!