This morning (8th September) the full programme for the 64th edition of the BFI London Film Festival (LFF) was announced, and we have to say it is very exciting!

Due to the pandemic, this year’s offering of 58 features from around the world will be delivered via both virtual and physical screenings, with 50 of those movies premiering online.

From 7th to 18th October the festival will take place virtually, at the BFI Southbank in London, and in cinemas across the UK, being the most accessible edition yet. 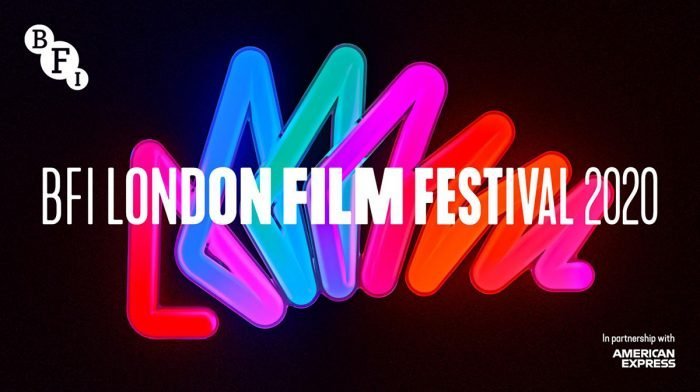 Featuring work from more than 40 countries, the programme includes features, short films, restored classics and previews of episodic or series-based works made for television.

There will also be Q and As, Screen Talks with major filmmakers, and several other events including the recently announced LFF Expanded strand of XR and immersive art.

With plenty to look forward to, here are our top ten picks of the movies to see at this year’s festival. 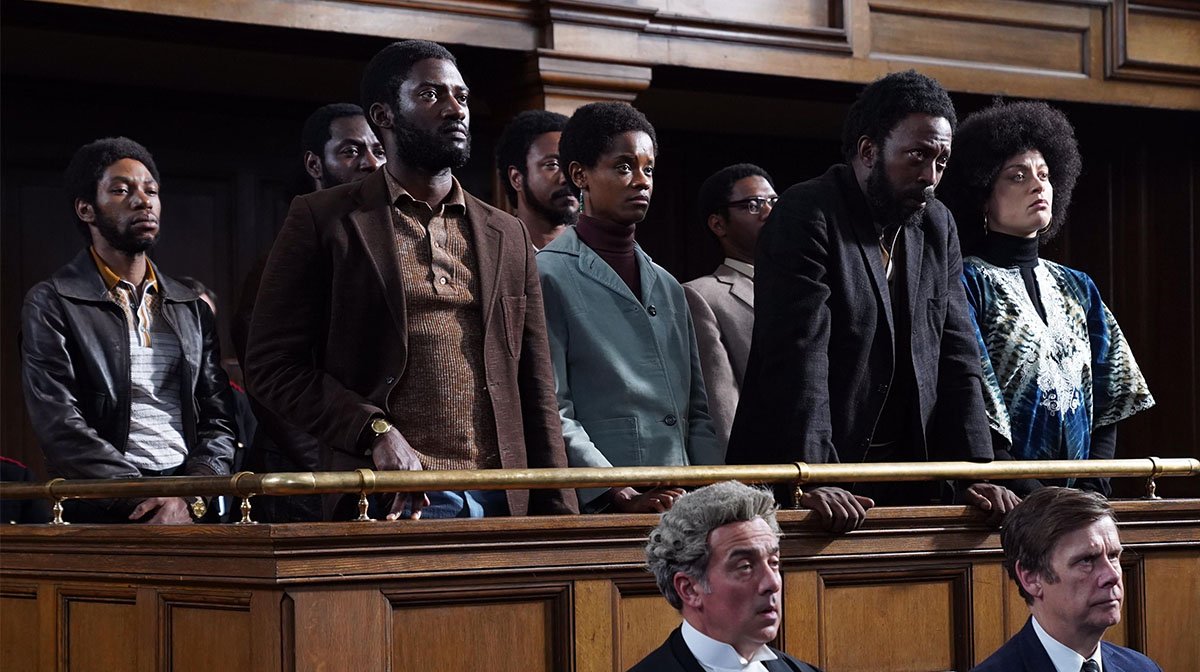 Opening this year’s festival is the drama Mangrove from the Oscar winning director Steve McQueen, best known for his movies 12 Years A Slave, Shame and most recently Widows.

Part of his Small Axe anthology series which looks at life for London’s West Indian community between the 1960s and 1980s, Mangrove depicts the infamous 55 day long trial which followed after local activists were wrongly arrested for incitement to riot at the Mangrove restaurant in Notting Hill, a place which doubled as a community centre for Black Londoners.

Letitia Wright, Shaun Parkes and Malachi Kirby star in what is sure to be a hard-hitting and rallying story from one of Britain’s finest filmmakers.

In 2017 British filmmaker Francis Lee made waves with his feature directorial debut God’s Own Country, and now he is set to make an impact again with his next movie Ammonite, a romantic drama set in 19th century Britain.

Kate Winslet plays Mary Anning in the fictionalised account of the palaeontologist’s life, whilst Saoirse Ronan portrays the gentlewoman who falls in love with her.

Promised to be an intimate love story, we except to be blown away by the powerful story, beautiful cinematography and moving performances from duo Winslet and Ronan. 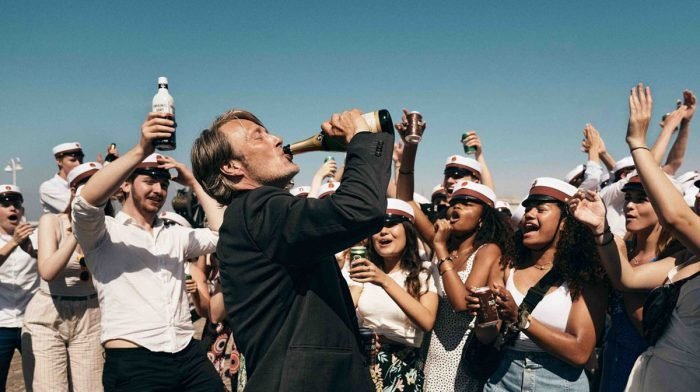 Actor Mads Mikkelsen has teamed up once again with director Thomas Vinterberg following their critically acclaimed film The Hunt for what looks set to be another must see.

Another Round follows four friends stuck in a rut as they undertake an audacious experiment to see whether having a constant level of alcohol in their bodies helps them find greater happiness. It sounds wild!

Mikkelsen always delivers but we have also been promised that this will be one of his most memorable performances to date. 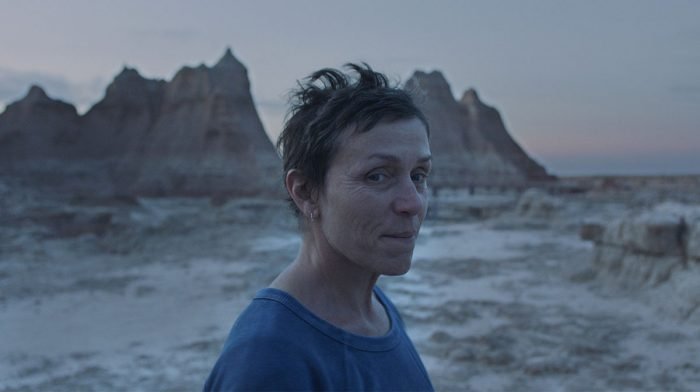 All you had to say to sell us on Nomadland was the words ‘Frances McDormand’ as the Oscar winner is set to deliver another incredible performance as a woman who embarks on a journey through the American West after losing her husband and their home.

Directed by Chloe Zhao, who impressed with The Rider and is helming Marvel’s Eternals, the movie is based on Jessica Bruder’s non-fiction book of the same name which looks at the experiences of real life nomads in America.

Joining McDormand will be these real life nomads playing versions of themselves as Zhao uncovers their stories. 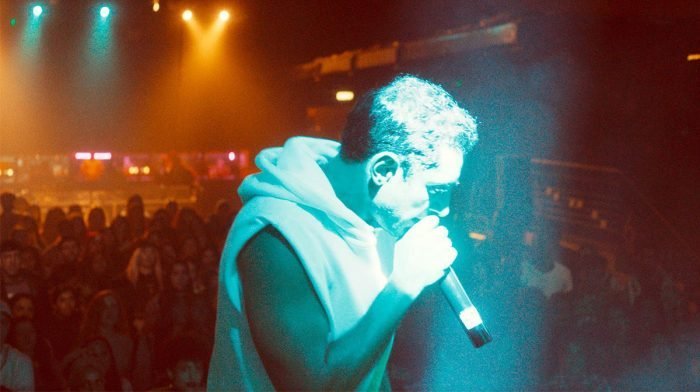 Riz Ahmed stars as a British-Pakistani rapper who develops an autoimmune disorder shortly before beginning his world tour, in a story the actor penned with director Bassam Tariq.

Returning home to see his Pakistani family in London, the film looks at the themes of culture and identity politics as rapper Zed reflects on his memories, whilst a masked figure haunts his hallucinations.

Described as a ‘heady mosiac’, the film already made an impact at the Berlin International Film Festival earlier this year and is set to do the same at LFF. 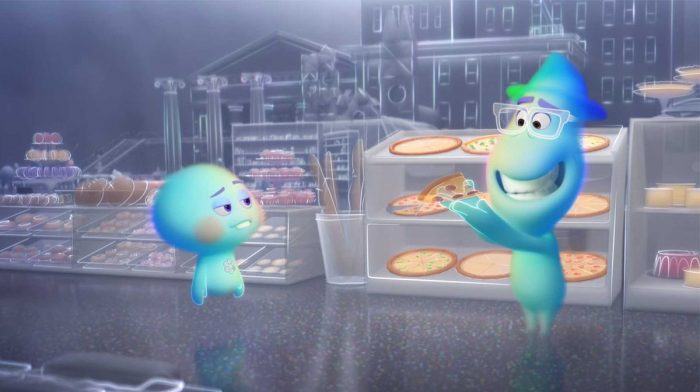 Delivering some of the best animated films of all-time, we always look forward to Pixar releases and are delighted their latest film Soul will be playing at LFF.

Pete Docter writes and directs his first feature since Inside Out, alongside co-director Kemp Powers, which will in true Pixar style be sure to leave us reaching for the tissues.

In Soul Jamie Foxx plays musician Joe Gardner who goes on a journey of self-discovery to The Great Before, a place where new souls are born, learning how we become the people we grow to be. 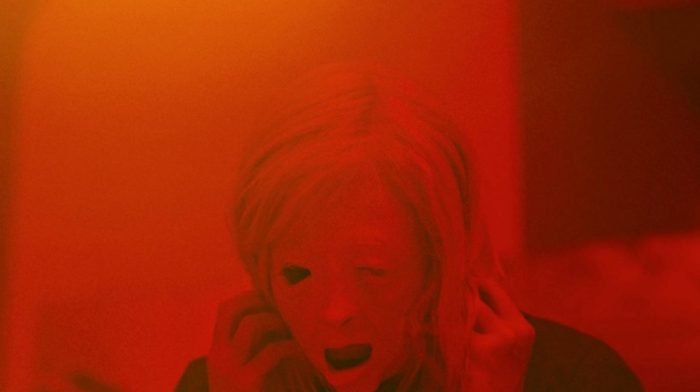 Director Brandon Cronenberg, yes the son of David, made a name for himself on the horror scene with 2012’s Antiviral and now with Possessor he is set to spook us all out once again.

Andrea Riseborough stars as psychic hitwoman Tasya Vos who hijacks her victim’s minds manipulating them into carrying out undetectable murder-suicides.

It is quite the fascinating premise, and from the looks of the trailer things are going to get weird and we are so there for it. 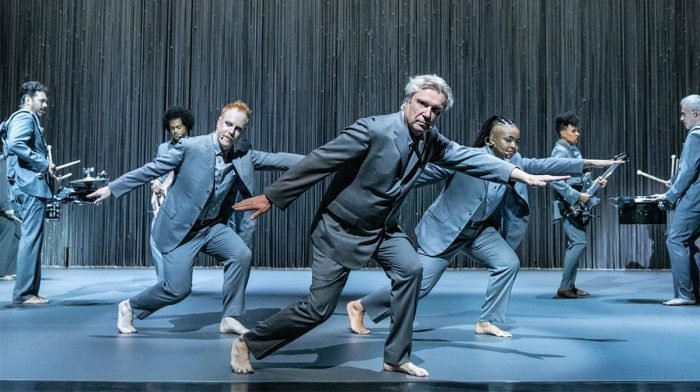 The Talking Heads movie Stop Making Sense is well regarded as being the greatest concert movie ever released, and it looks like frontman David Bryne will deliver again with American Utopia, a live recording of the Broadway show.

Seriously though, what else do we have to say to convince you this is one not to miss. 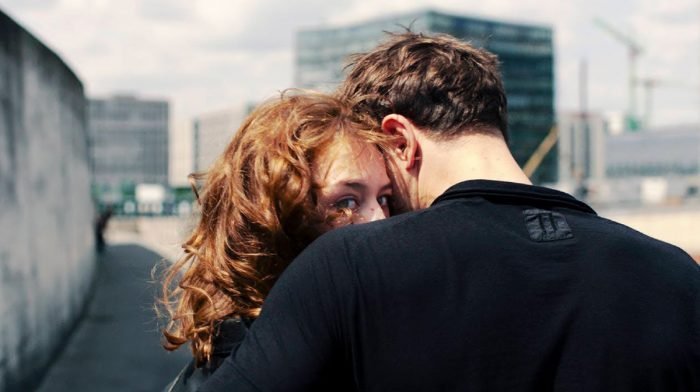 Directed by Christian Petzold, German/French drama Undine is a unique take on mermaid mythology that is unlike anything you have seen before.

Paula Beer won the Silver Bear for Best Actress at the Berlin International Film Festival for her performance as the titular Undine, a woman who is caught with the ancient nymph myth as she is betrayed by the man she loves.

Described as ‘unsettling’ and ‘otherworldly’, Undine looks like it will be a stand-out film within the LFF programme. 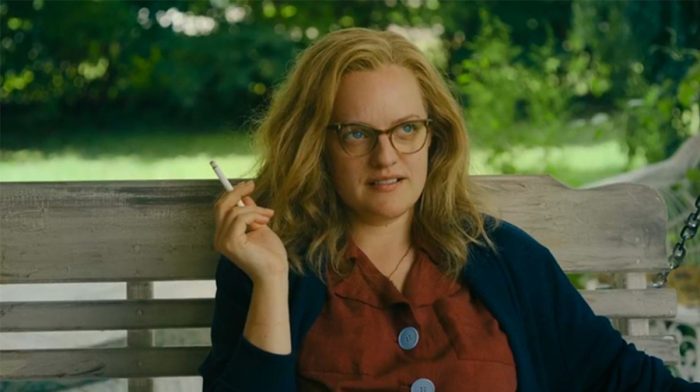 The always dependable Elisabeth Moss stars as novelist Shirley Jackson in the biographical drama based on the novel of the same name by Susan Scarf Merrell.

Directed by Josephine Decker, Shirley follows the writer as she seduces the young and innocent Rose, played by Odessa Young, into becoming her accomplice in a new mystery novel she is working on.

Receiving applause at its world premiere at Sundance earlier this year, director Decker also won a special prize for Auteur Filmmaking, yet another reason why Shirley is one to watch.

The 2020 BFI London Film Festival will run between 7th and 18th October. Check out the full programme here.

Are you excited for this year’s BFI London Film Festival? Let us know!