Writer and director Darabont turned King flicks into prestigious award-magnets during the ‘90s, starting with the evergreen Shawshank Redemption, and 20 years ago (to the day) the tale of corrections officer Paul Edgecomb and the godlike powers of inmate John Coffey (‘like the drink, only not spelled the same’).

Made at a time before spin-offs, sequels and remakes of the author’s work were being regularly made by Hollywood, The Green Mile stands the test of time as a landmark achievement from this bygone era. 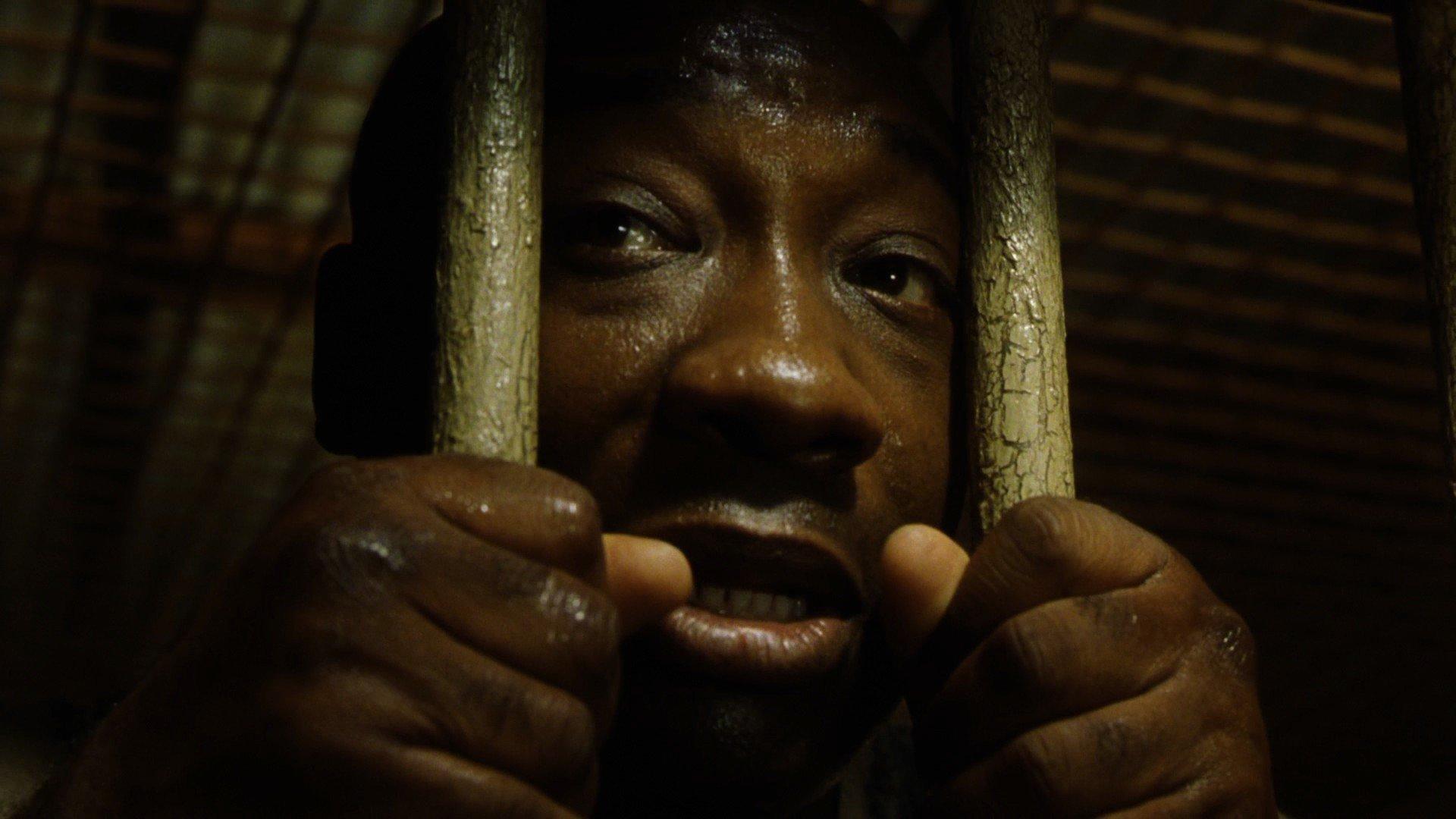 The late Michael Clarke Duncan was born to play the role of Coffey, and he does so with towering emotion. He’s way simpler than your average bear, but his kindness and childlike vulnerability feeds pure warmth into your bloodstream.

By the end of The Green Mile’s considerable duration (three hours), Duncan’s outstanding performance has taken up residency in your heart, and refuses to budge.

It’s the type of powerhouse acting display that only rolls around once every decade or so, and the actor’s legacy is raising the bar for authenticity when bringing a literary character to life. 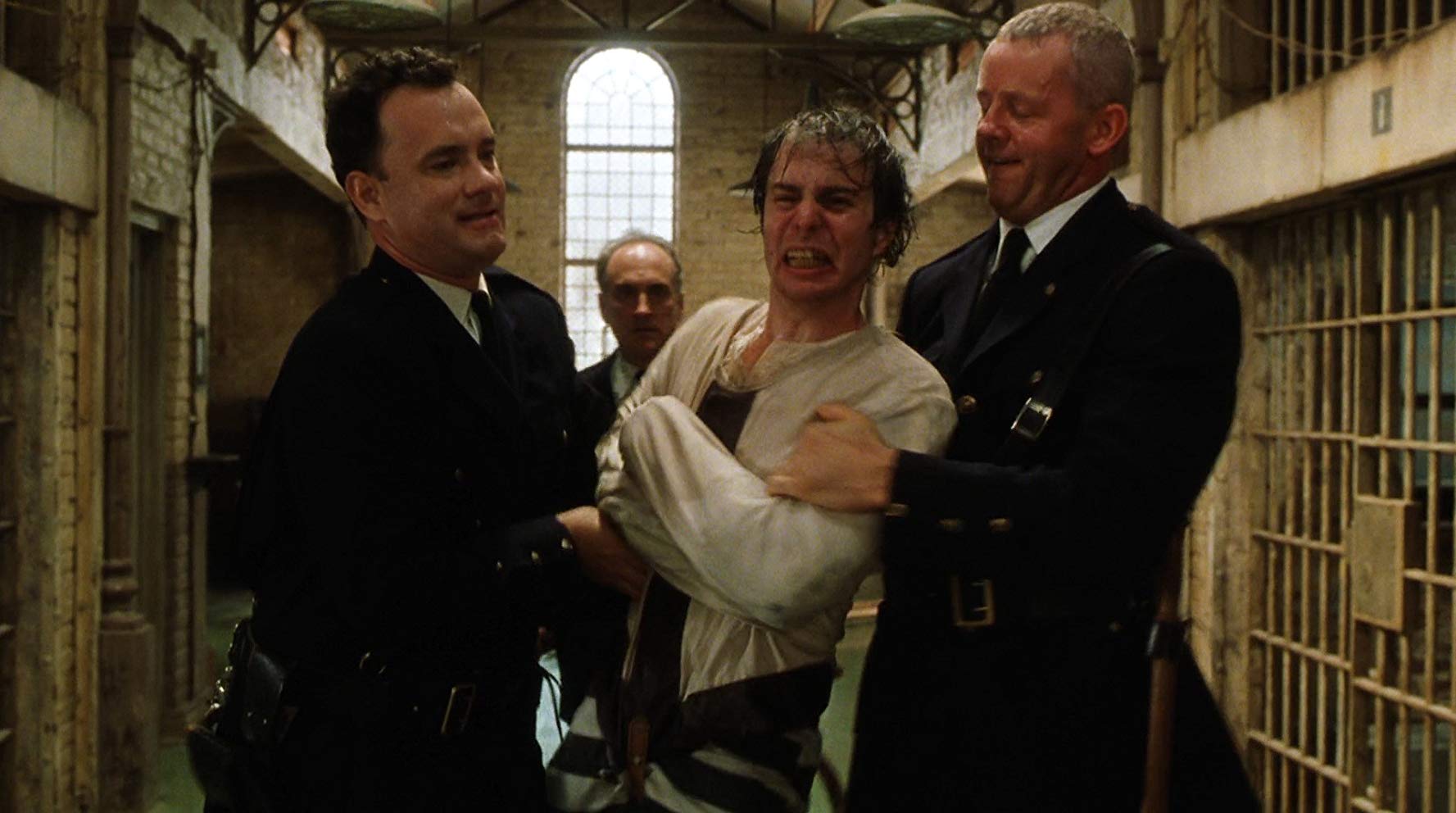 He might’ve gained critical notoriety (bagging himself an Oscar in the process) for his turn in 2017‘s Three Billboards Outside Ebbing, Missouri, but Rockwell’s versatile talent has been evident for decades.

Bill’s arrival on the Mile stamps a dangerous kind of electricity on the story, and it’s clear to see that the star is relishing every second of wearing this lunatic’s wet grin.

Rockwell quickly soaks into the prison walls and every minute he’s on screen, The Green Mile becomes an altered beast. It’s up there with his greatest performances. 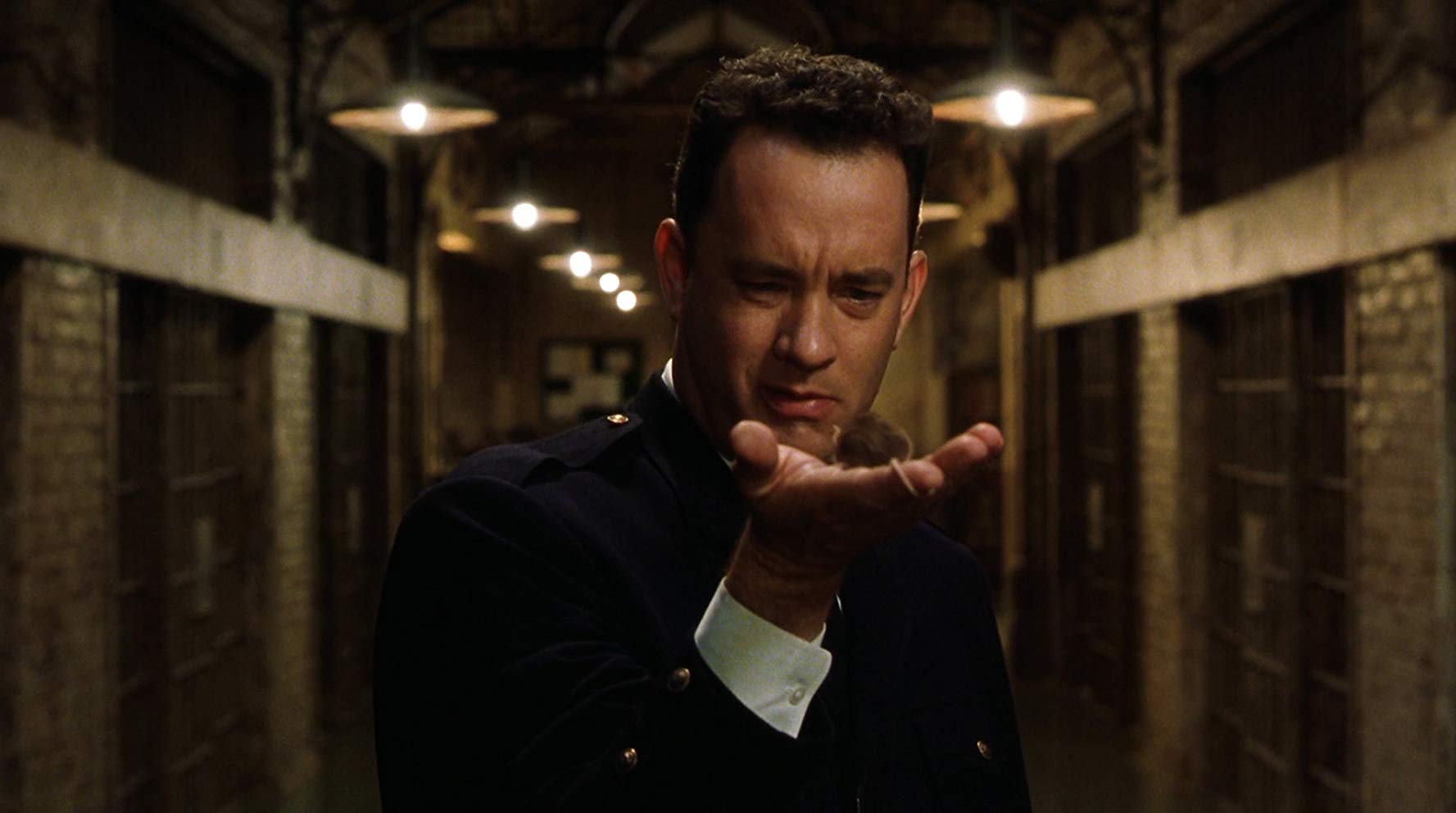 Integral to the narrative (despite his fairly limited screen time), Bill is a guy you love to hate, and hate to love in equal measure.

His wicked and cartoonish villainy counteracts Percy Wetmore’s more sadistic shenanigans on the Mile nicely, and the conflict between the two characters lays down the tarmac for a shocking finale full of retribution.

Portrayed by Doug Hutchinson, Percy is the bridge between The Green Mile’s magical realism and its dark undercurrent. 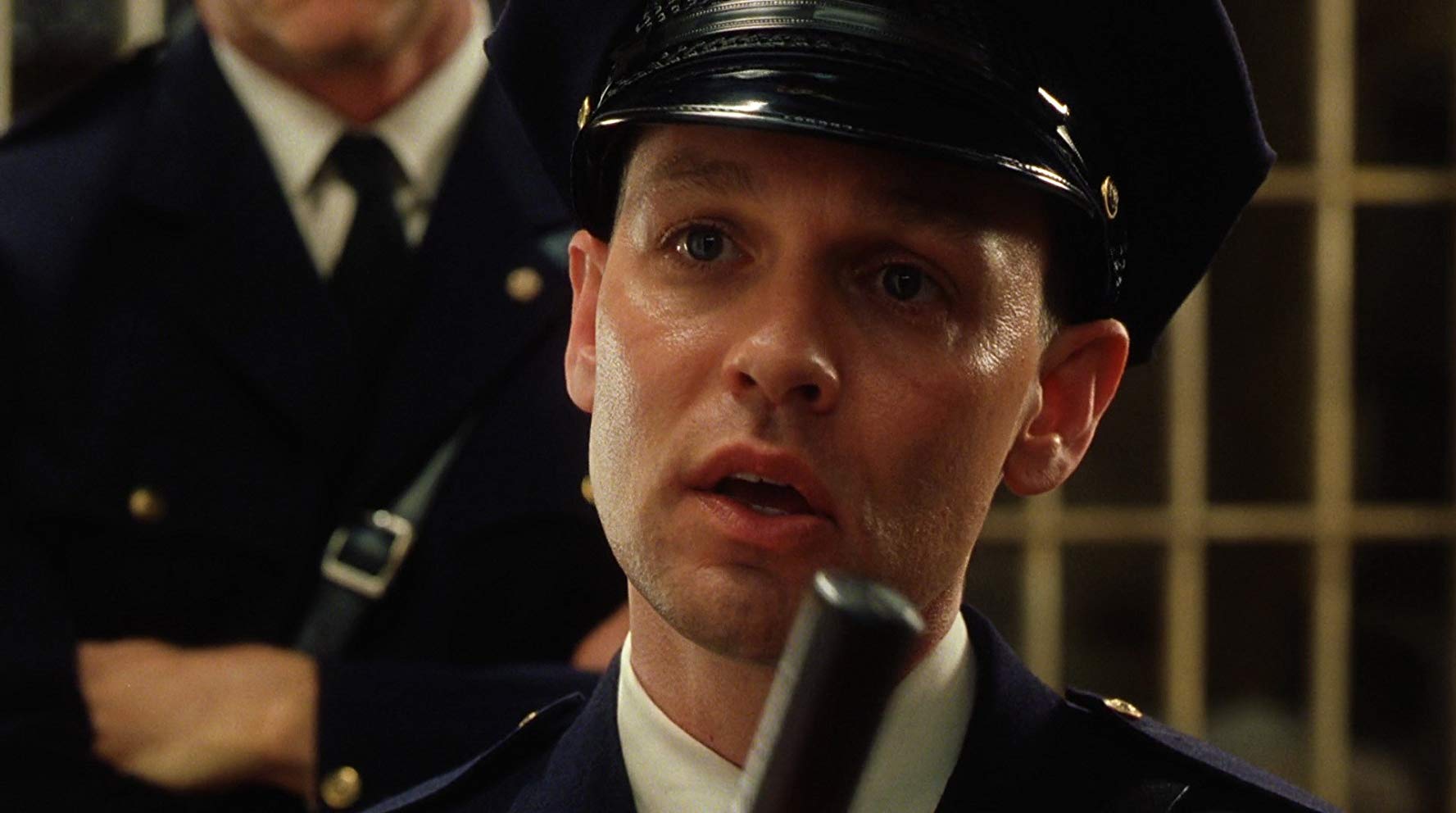 It’s easy to get swept up in Coffey’s extraordinary presence, and you quickly do, but outside of the incarcerated personalities and likable everymen lies Hutchinson’s slimy prison guard.

He’s unashamedly one of King’s most detestable characters, and that’s saying something for a guy who created Under The Dome’s Big Jim Rennie.

The Green Mile also houses an execution scene like no other, as Percy fries Eduard Delacroix on ‘Old Sparky’ with a dry sponge.

Fire and bodily vapors erupt from the pours of Del’s ravaged skin, leaving him with an insanely torturous death that strikes more distress into you than any jump scare ever could. 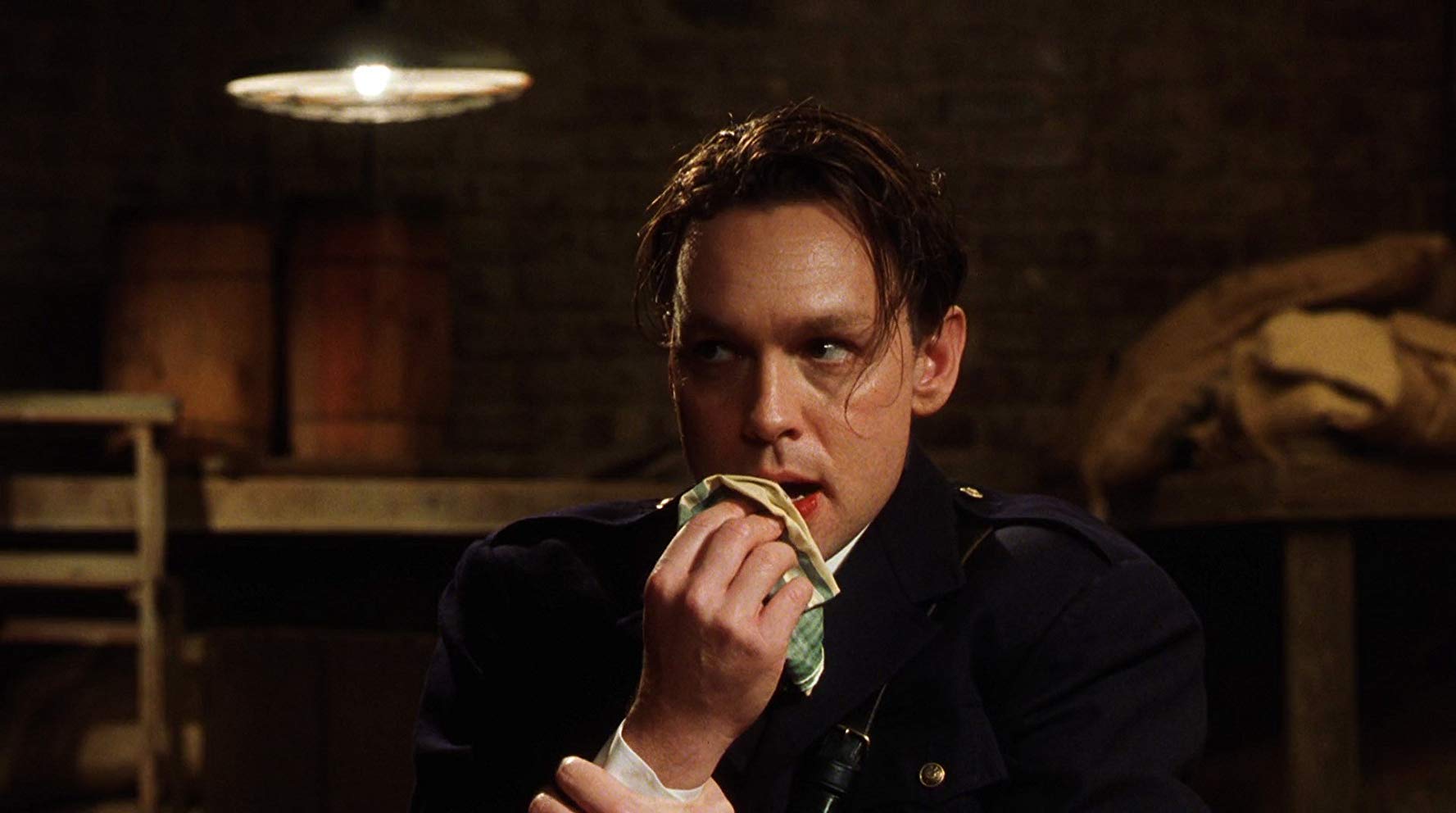 This is why Darabont’s film is such an engrossing experience; it’s playful and fantastical, while also producing some of the most harrowing and upsetting material I can think of.

The Stranger Things nostalgia slipstream is now overcrowded with monsters and bogeymen born out of King’s typewriter, and the many adaptations sweeping the industry lack the refreshing qualities of The Green Mile.

Each time you watch it, it has this all-consuming power of making you feel whole again. 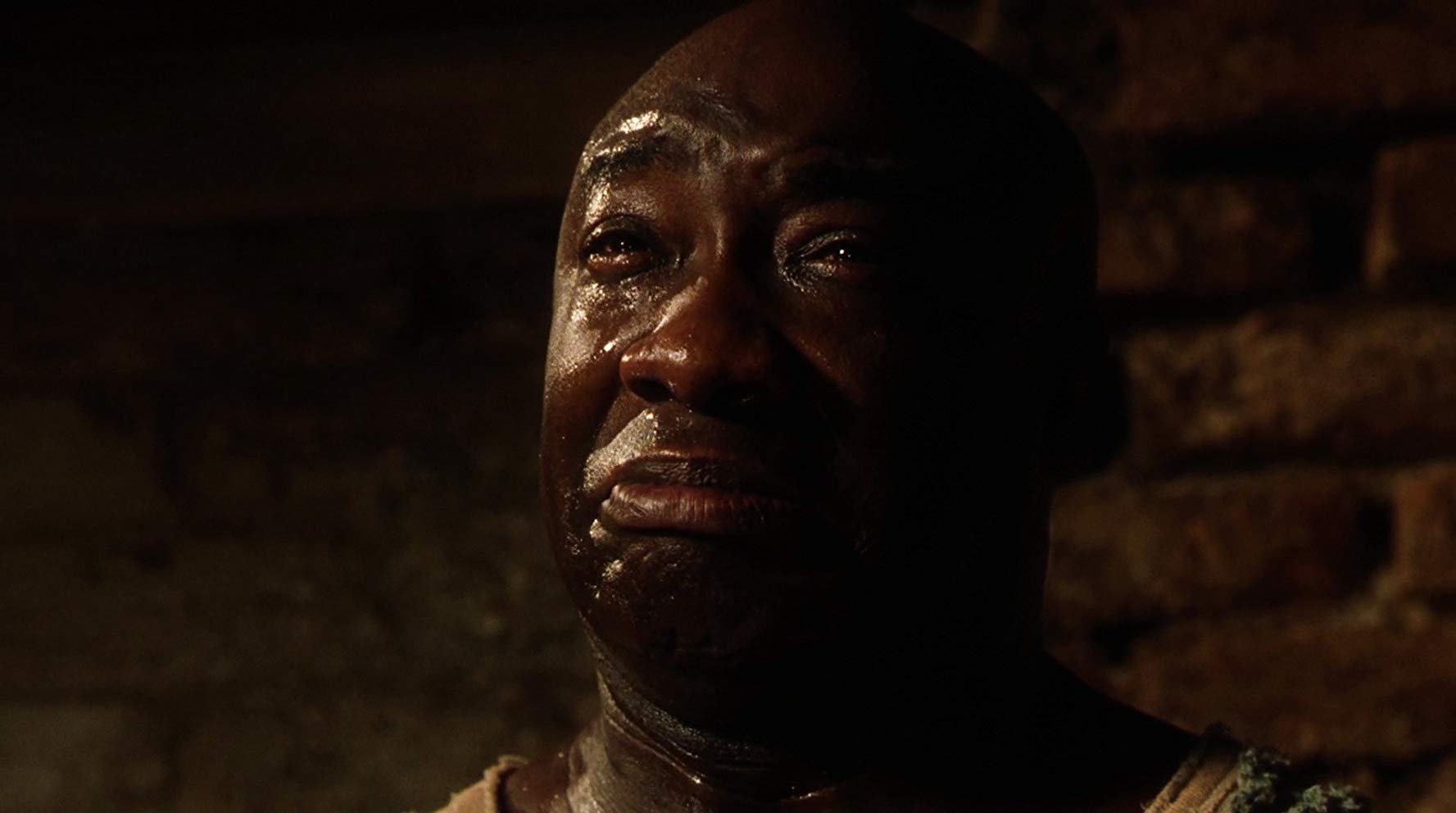 These healing effects on the soul are literally mirrored on screen several times, with a beautiful exchange coming when Hal’s terminally-ill wife Melinda is blessed by Coffey’s gift.

It’d be an injustice not to mention Thomas Newman’s thoughtful music score too, which is up there with the composer’s best work on American Beauty, A Series Of Unfortunate Events and Road To Perdition. 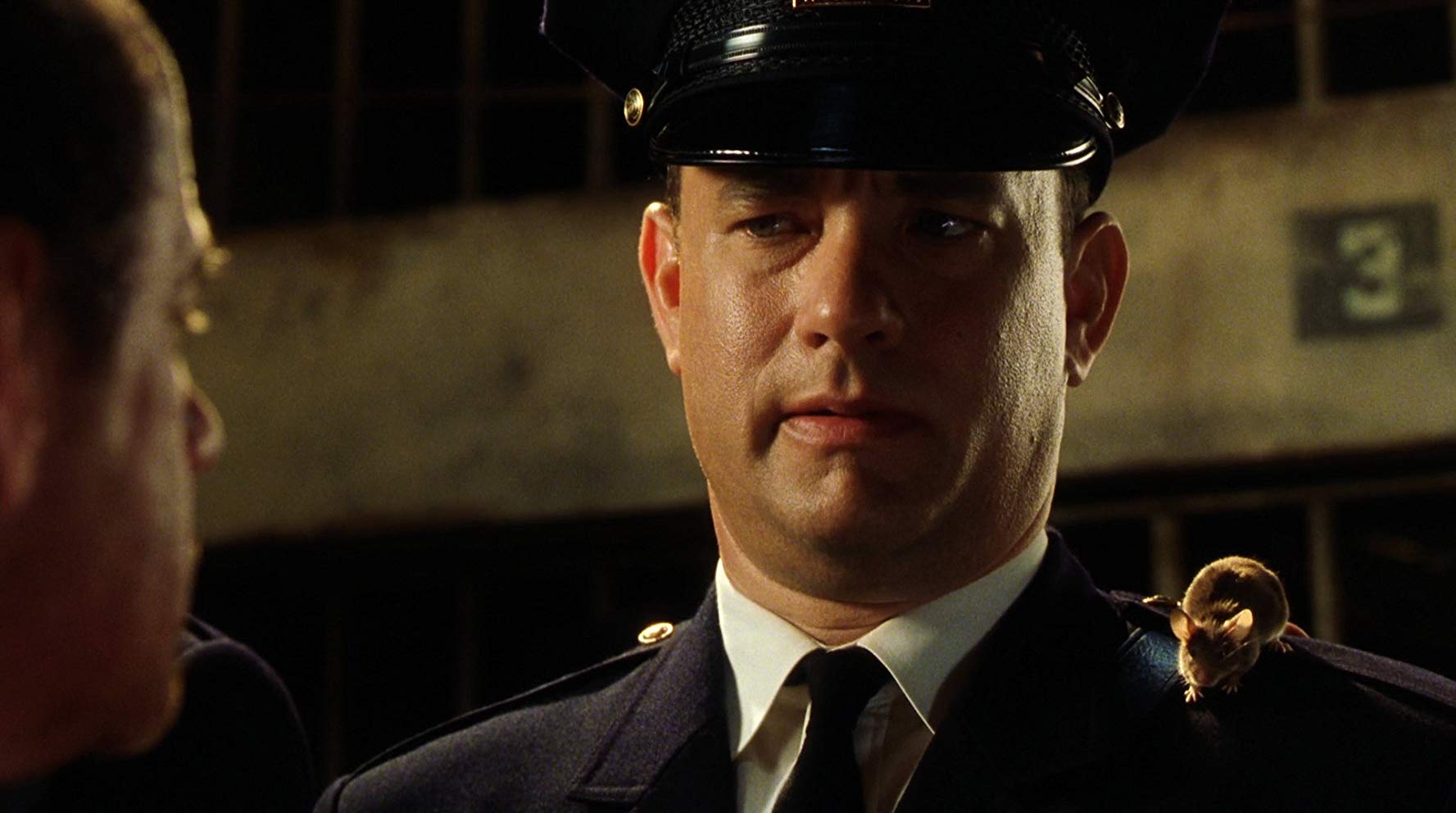 Meanwhile, what The Green Mile possesses more than any other King adaptation is a truly haunting conclusion, but it’s done with such nuanced conviction that it doesn’t necessarily get in your head too much.

Outliving his friends and loved ones thanks to the unnatural powers passed on to him by Coffey, Paul ends the film living in a nursing home aged 108, and he still looks in pretty good shape.

His extended mortality keeps him up at night, with him left wondering when his time will finally arrive. But yet there’s no uncertainty at all about Darabont’s film, and 20 years on it can be considered a stone cold classic.