Somewhere Cher Horowitz is exclaiming “ugh, as if” as hit coming-of-age teen comedy film Clueless is celebrating its 25th anniversary this week.

Whilst each year a whole host of teen movies are released hoping to be the next big thing, the vast majority just fade away into oblivion, making the rare exceptions – the likes of Booksmart – even more special.

But more often than not, audiences both young and old find themselves turning to the teen movies of the past, rejoicing in the nostalgia whilst also discovering the films still have much resonance today. 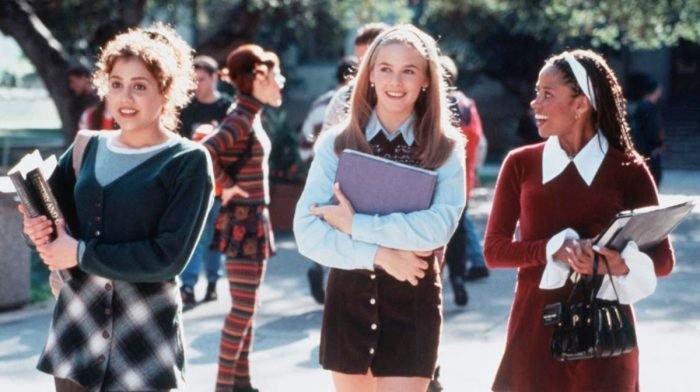 Although there are many great ones which have stood the test of time, The Breakfast Club and Ferris Bueller’s Day Off being examples, none have had the same lasting impact as Clueless.

Not only do we still use its famous catchphrases today from ‘whatever’ to ‘total Betty’, the movie has also been hugely inspirational when it comes to pop culture.

For example, who can forget the homage in the music video for Iggy Azalea’s song Fancy, or Villanelle using the codename of ‘Cher Horowitz’ in Killing Eve.

The film meanwhile got its own spin-off TV show, comic book series and even a stage musical, with a reboot coming soon, something we predict will be a “a full-on Monet; from far away it’s okay, but up close it’s a big old mess”. 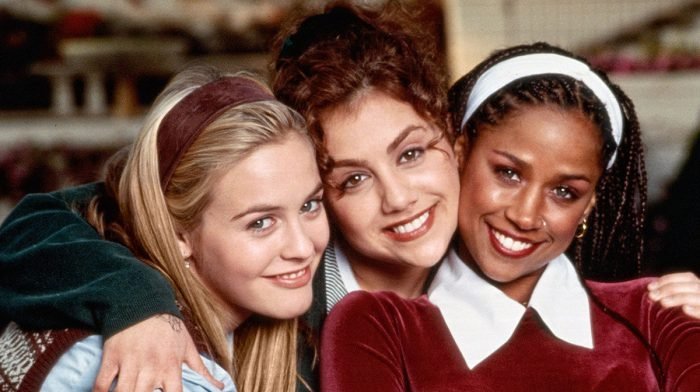 But why is Clueless still the ultimate teen movie? The answer may lie in the source.

With Austen being an author well known for her wit, humour, feminism and being well ahead of her time, Heckerling tapped into this when writing her script for Clueless, putting a modern spin on the story whilst keeping true to the fun, cheeky and satirical tone.

And with Austen’s story being timeless, Heckerling’s adaption was destined to be that way too if she got it right, which of course she did! 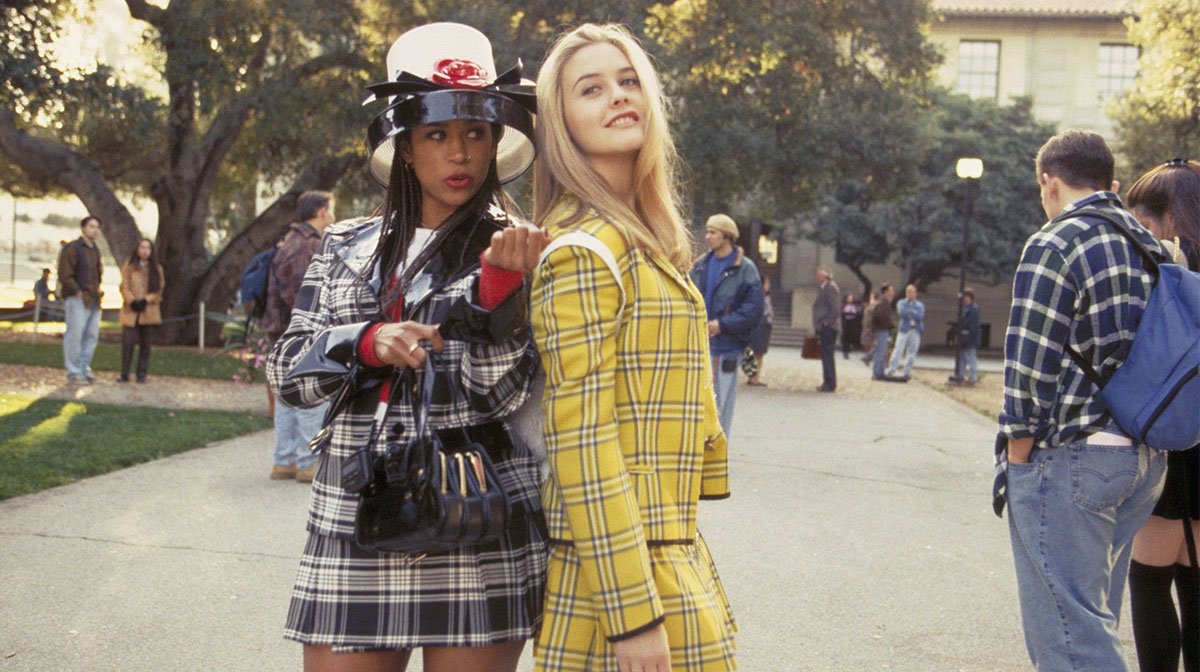 One of the things Clueless also gets right is teenagehood, recognising – unlike other movies – that it isn’t just about angst and hormones, but also about having the time of your life and enjoying your youth.

Whilst we do see Cher and co. worry about your typical teenage problems, mainly self-esteem and romance, we also see the group going to parties, shopping and trying to get out of PE class (haven’t we all been there).

In fact, some of the best scenes just see us simply spending time with the characters, whether it’s joining Cher as she goes to the mall, or giggling at Dionne as she freaks out at Murray for shaving his head. 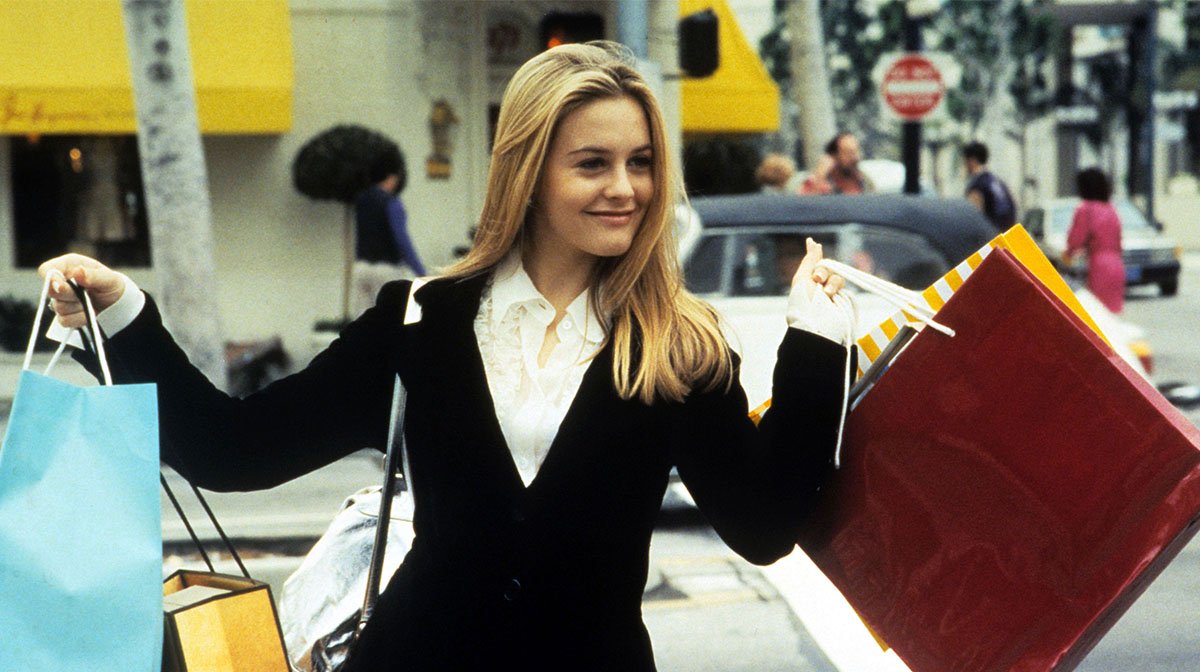 Although the angst of course is important, Clueless also captures how carefree and fun teenage years are, something which not only resonates with audiences but also ensures the film is hugely entertaining to watch.

There is also a character for everyone to connect to, whether it be the bubbly Cher, talkative Dionne, misfit Tai, the nerdy Josh (by the way does Paul Rudd ever age), slacker Travis or the charming Christian.

But even if the film wasn’t instantly relatable, it isn’t a struggle at all to become enamoured with the characters, especially when Heckerling emphasises they have flaws just like us. 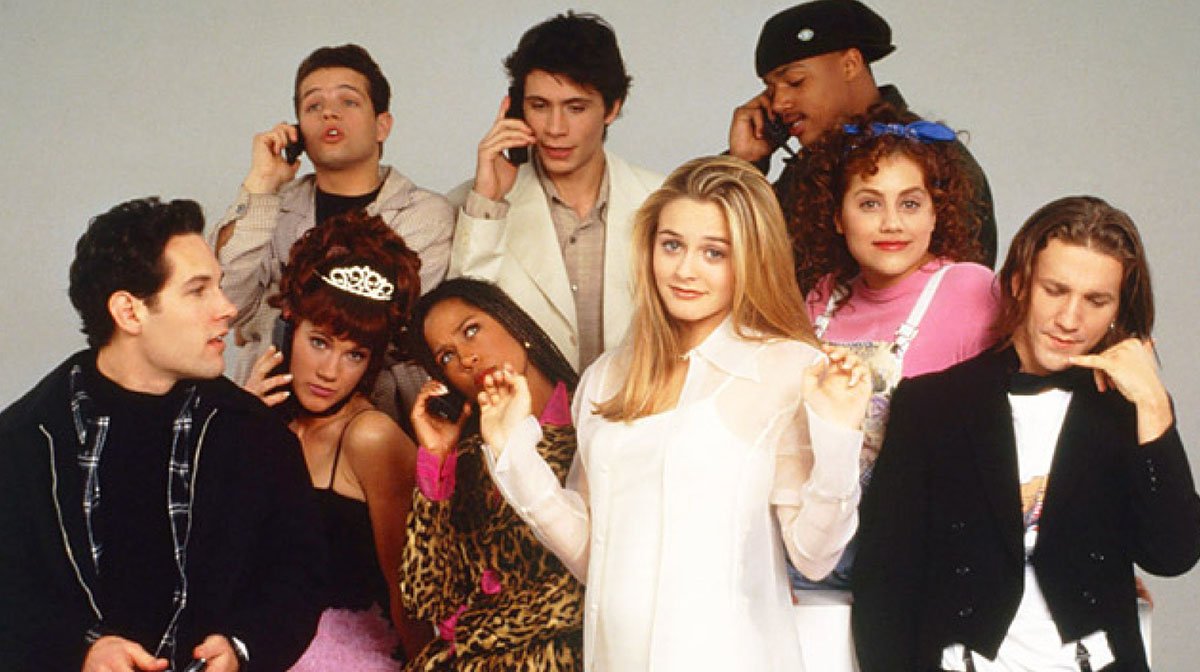 Take Cher and Josh for example. Cher can be superficial and selfish, whilst Josh is sometimes a know-it-all and quite irritating, defects they often point out to each other when bickering.

Over the course of the movie not only do they become aware that they are totally right for each other, but the pair also learn that flaws don’t define a person, and we are much more than our imperfections.

Whilst this is an important lesson to learn, at the same time the movie is also about how we do need to work on ourselves, with the story very much being about Cher becoming a better person. 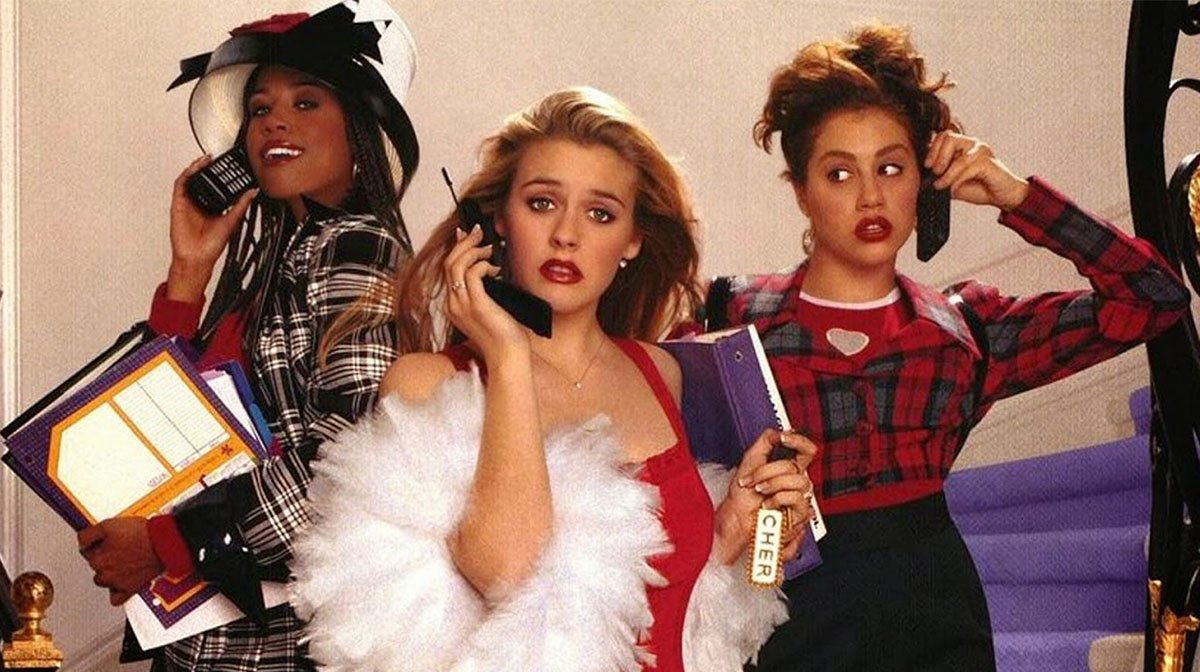 Our young heroine learns that although she believes she means well, actually she doesn’t know what is best for everybody, and she isn’t right all of the time.

For example, she tries to make Christian her boyfriend until she realises he is indeed gay, attempts to set Brittany Murphy’s Tai up with Elton when in fact Travis is the man for her, also giving Tai a makeover she didn’t want or need.

Cher may think Tai is “clueless”, but by the end of the movie she realises it’s actually herself who is, soon making amends for her mistakes. 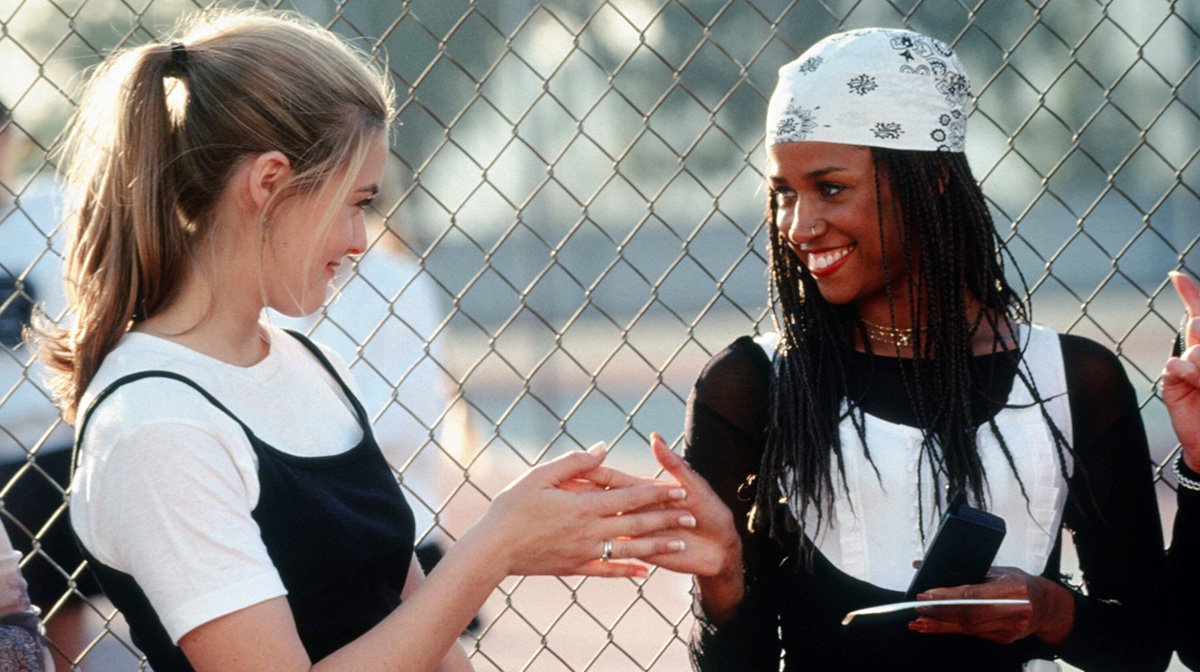 Not that Cher is cruel, dumb or cold-hearted in any way, it’s more that she needed to step outside of her self-involved and privileged world.

And that of course is another reason why we love Josh, as he regularly both challenges and calls out Cher, something nobody else in her life really does until Tai plucks up the courage to say “you’re a virgin who can’t drive” (still one of our favourite burns from cinema). 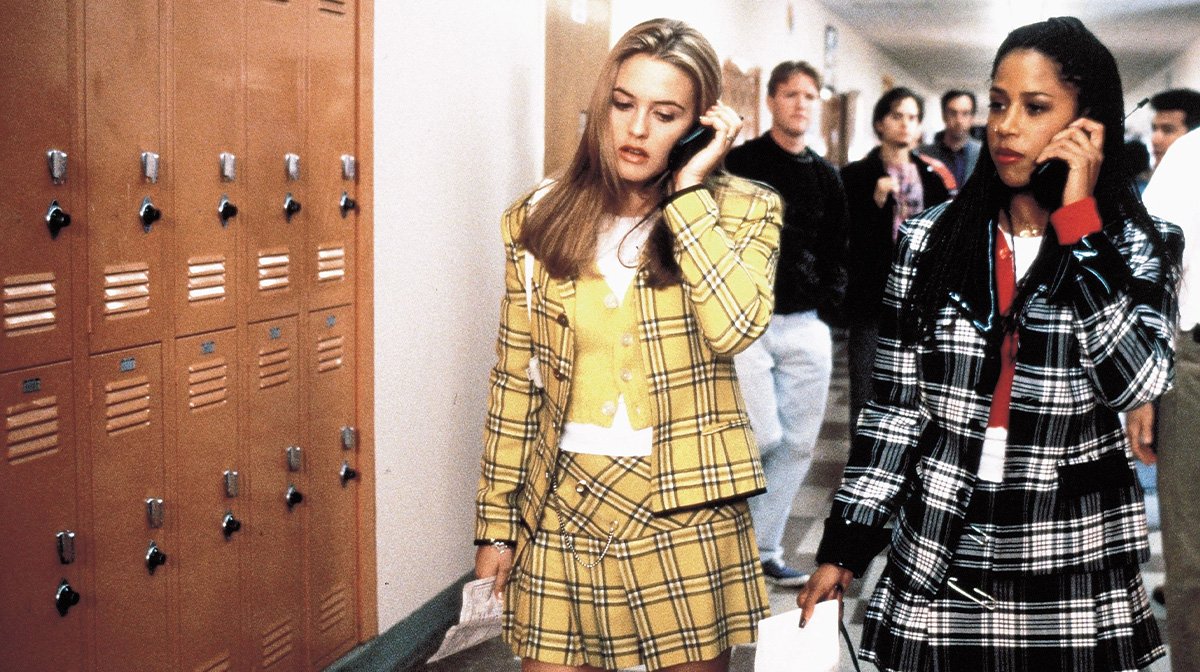 Clueless may be about just that, a clueless young heroine, but writer and director Heckerling certainly knew what she was doing when making this iconic movie.

With a stand-out aesthetic, catchy soundtrack, great cast of relatable characters, bubbly tone and addressment of important life lessons, it is no surprise Clueless is still so beloved and watched today.

A truly winning combination that is yet to be matched, it remains the ultimate teen movie. And if you think otherwise, all I have to say to that is “whatever”.