This article contains spoilers for Hawkeye episodes one and two.

The world of the Marvel Cinematic Universe (MCU) is expanding even further with their latest TV show Hawkeye debuting today on Disney+.

As a festive treat the streaming service released not one but two episodes, and it’s safe to say that we are already hooked.

Although this is a more grounded story with lower stakes, there is plenty of intrigue to draw us in including the question of who killed Armand III?

The opening episode of the series sets up a mysterious whodunnit for Kate Bishop (Hailee Steinfeld) and Clint Barton (Jeremy Renner) to solve, almost like a fun game of Cluedo with several suspects.

Simon Callow’s wealthy member of the Manhattan elite Armand Duquesne is the victim, with Kate discovering his lifeless body towards the end of the first episode.

Whilst the second episode addresses other storylines, the murder is clearly still on Kate’s mind who has her suspicions about who is behind it.

In the comics it was the servant who was behind the crime, but nothing is ever that simple in the MCU. Instead it’s likely that the killing also ties to a wider conspiracy that lies at the heart of the show overall. So, who did it? Here’s our list of suspects. 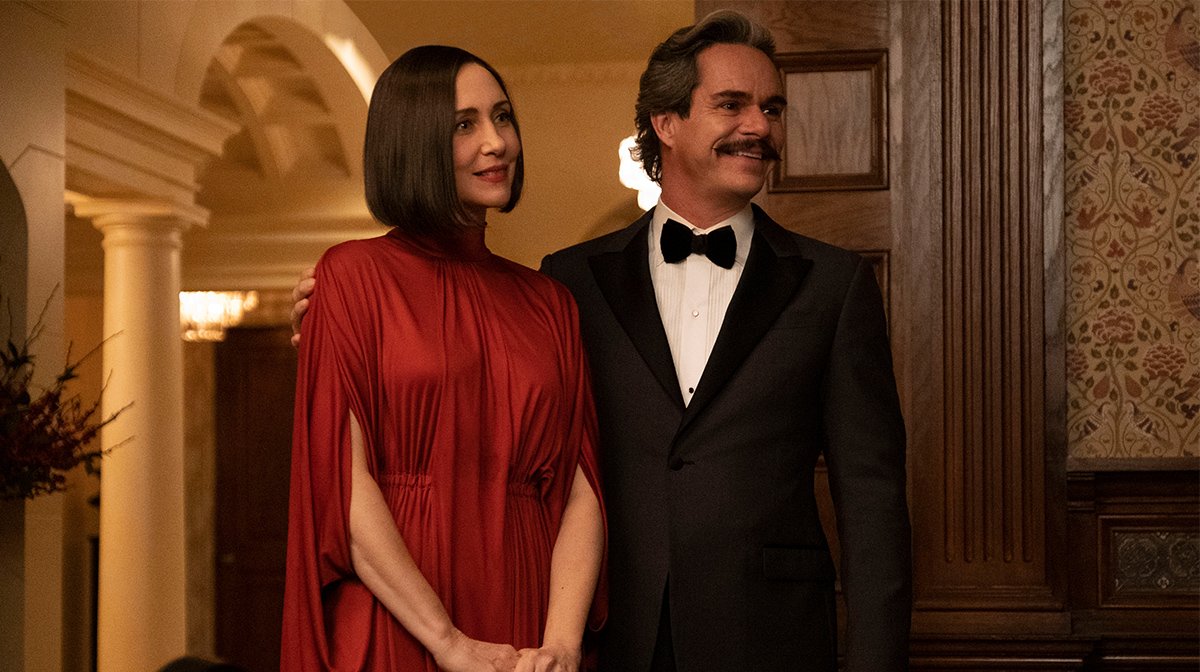 First up is Armand’s nephew Jack who is not only definitely hiding something, but earlier on in the episode it was made clear that he has disagreements with his uncle, as seen during the auction battle over Ronin’s sword and the fact Armand disapproves of Jack’s engagement to Eleanor Bishop.

It is also emphasised that Jack is someone willing to go to lengths to get his own way, with Armand telling Kate: “When he gets something set in that little mind of his, he can be quite determined.”

The motive is there then, as is the determination, so it is no surprise that Kate too suspects Jack is behind the murder. 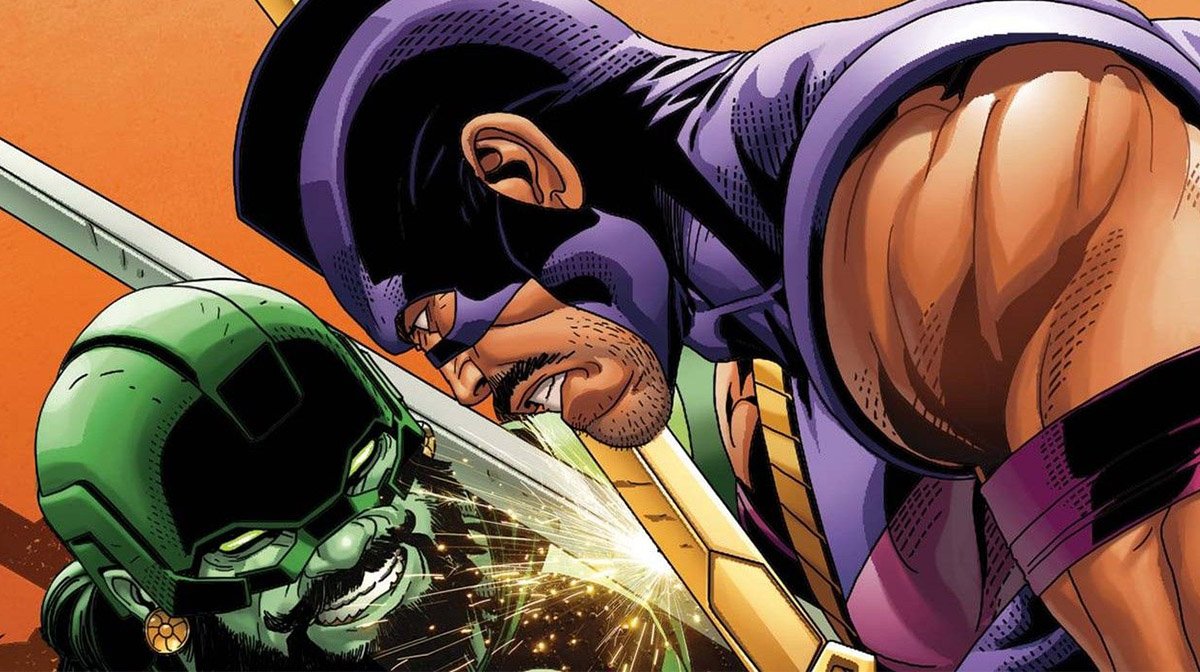 It’s also worth noting that during the first episode Kate takes notice of Armand’s personalised sweets that are in his cosy apartment, one of which Jack eats during the second instalment.

Then there’s the not-so small matter that he collects swords, even stealing Ronin’s during the chaos of the break-in at the secret auction. Not only does Jack collect swords, but he is pretty skilled with them too as shown during the fencing battle with Kate in episode two.

And since Armand died “by sword”, that also places Jack as the prime suspect. 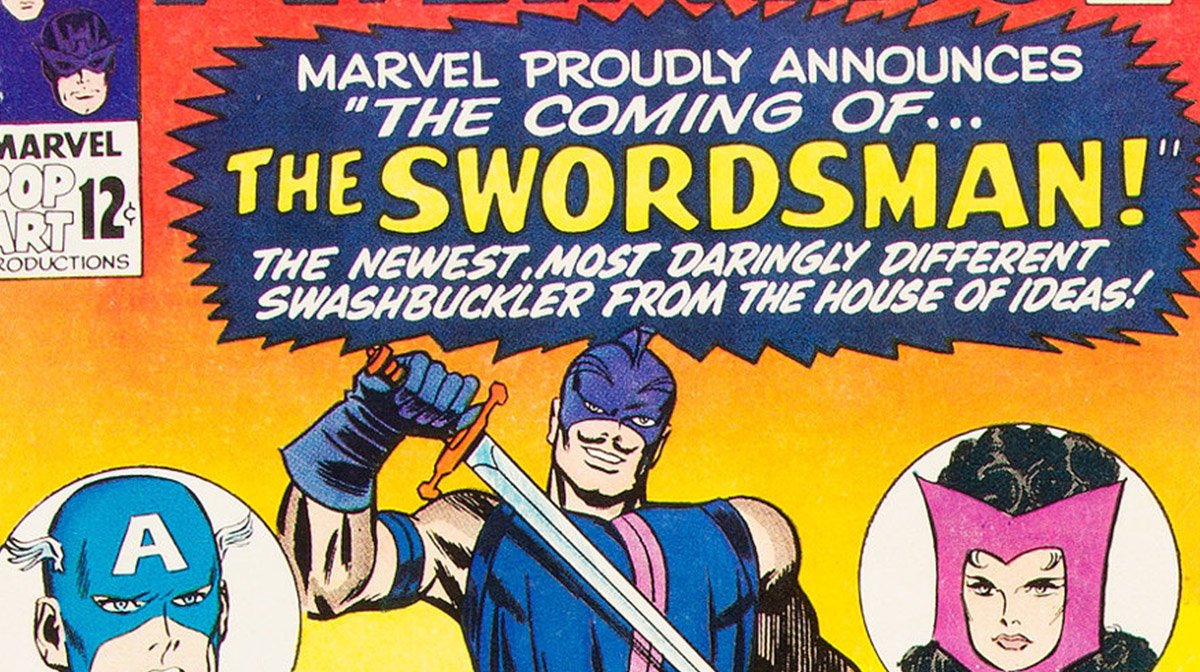 Looking to the comics we can also learn more about Jack, or Jacques, a.k.a. The Swordsman as he is known there. He’s essentially a circus performer turned morally complex vigilante who is rather handy with a sword, hence his alias.

Although he started out as a good guy, taking Clint under his wing, Jacques also has a taste for a life of crime, one initially driven by his growing gambling debts. This led him to become both a hero and a villain in the comics.

It is not yet clear in the MCU which direction they will take the character in. Will he have ties to Clint? Will he become The Swordsman? Is he good or bad?

Whilst the episodes hint that he will be a villain, with the MCU you never quite know, and it’s likely to be misdirection. 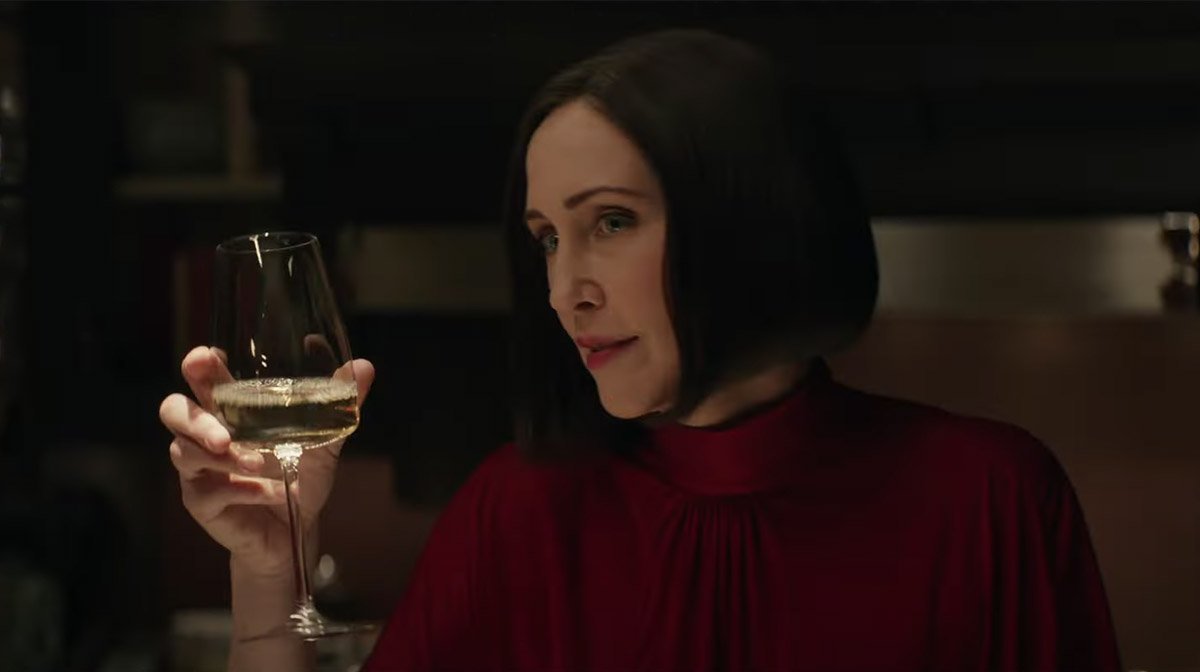 As we just stated, it’s never the prime suspect so now it’s time to turn our attention to Kate’s mother Eleanor Bishop, as played by Vera Farmiga.

We know that Armand disapproves of her, and the two are seen having a heated argument in secret during episode one. So once again, a motive is there, although it’s currently unclear what the conflict was about.

Also, you don’t just hire the fantastic Farmiga to play Kate’s mum – something else must be going on and we are certain she will have a larger role to play. 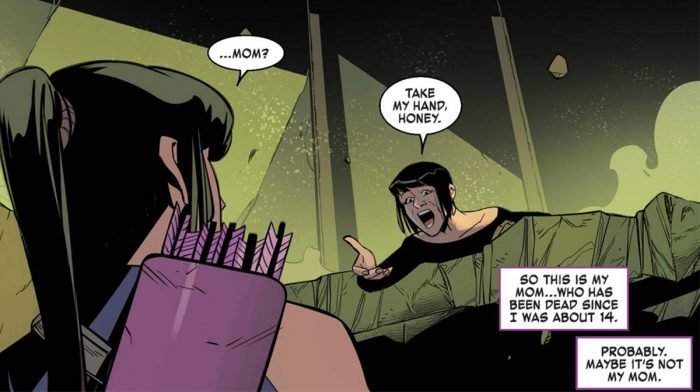 Once again, the comics may hold clues as to what we can expect from Farmiga’s character in the MCU, given that there Eleanor has a criminal history.

Long story cut short, in the West Coast Avengers storyline Kate believed her mother to be dead and was therefore surprised when Eleanor showed up to save her daughter’s life during a battle.

It turns out that she has been in hiding whilst in league with the supervillain Madame Masque, an expert marksman who is believed to be criminally insane.

Could a twist involving Eleanor revealing her true criminal intentions and the introduction of Madame Masque to the MCU be on the cards? Maybe… 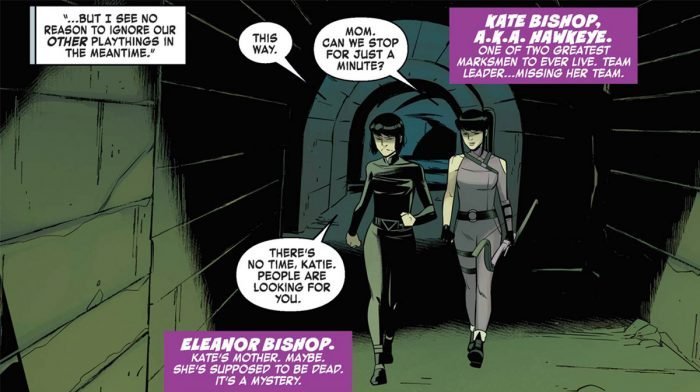 Later in the comics it’s revealed that Eleanor is a vampire and has been working for Madame Masque in exchange for a cure which will turn her into a Daywalker (a vampire or half-vampire who can walk in daylight without harm).

Given the world Hawkeye is building it seems unlikely this will come into play during the show, but this is worth noting as the most famous Daywalker of all is soon to appear prominently in the MCU – Blade, portrayed by Mahershala Ali.

Ali recently made his debut as the character with a voice cameo during the post-credits scene of Eternals, so he is due to pop up again soon. 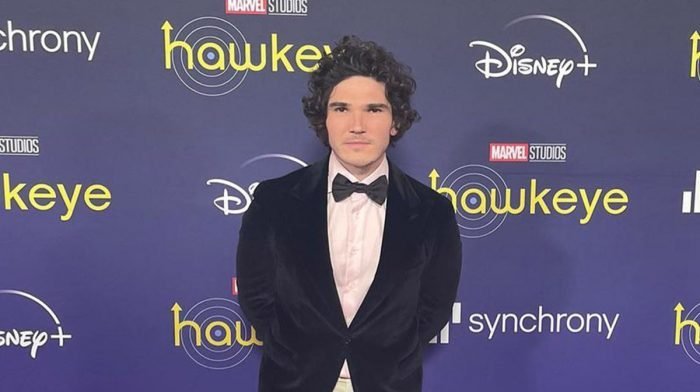 If the murderer isn’t Eleanor Bishop or Jack Duquesne, then it may be someone with ties to the Tracksuit Mafia, the group behind the auction break-in who are being positioned as the series’ bad guys.

Their leader appears to be Fra Fee’s Kazi, who briefly pops up in the first two episodes. His high billing suggests though he will be a significant player moving forwards.

In the comics Kazimierz ‘Kazi’ Kazimierczak, a.k.a. The Clown, is a mercenary who is hired by a mob boss to kill Clint. And whilst it appears this isn’t his mission here, could he instead be the hitman who was hired to assassinate Armand?

It’s still unclear exactly what the Tracksuit Mafia are up to, but since they are a prominent part of the show we are guessing they will have ties to the other conspiracy at play – Armand’s murder. 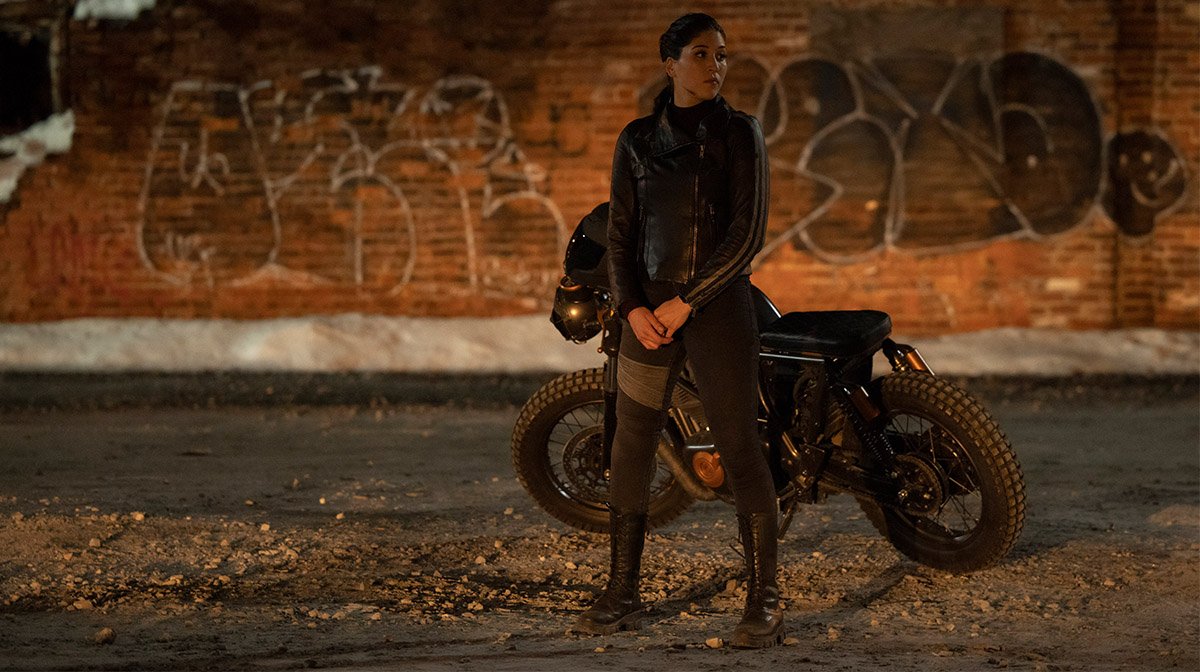 And finally, there is Maya Lopez, a.k.a. Echo, a key player who is introduced at the very end of the second episode, played by newcomer Alaqua Cox.

Whilst there is much to learn about who Echo is within the MCU, we already know she has a future ahead of her with a spin-off show currently in development – and as always, the comics can tell us crucial information.

First introduced in Daredevil #9 in 1999, the deaf Lopez is the adopted daughter of Wilson Fisk, a.k.a. crime lord Kingpin – the man who killed her father, then taking the young girl in to manipulate her so he can take advantage of Echo’s ability to mimic any human movement. 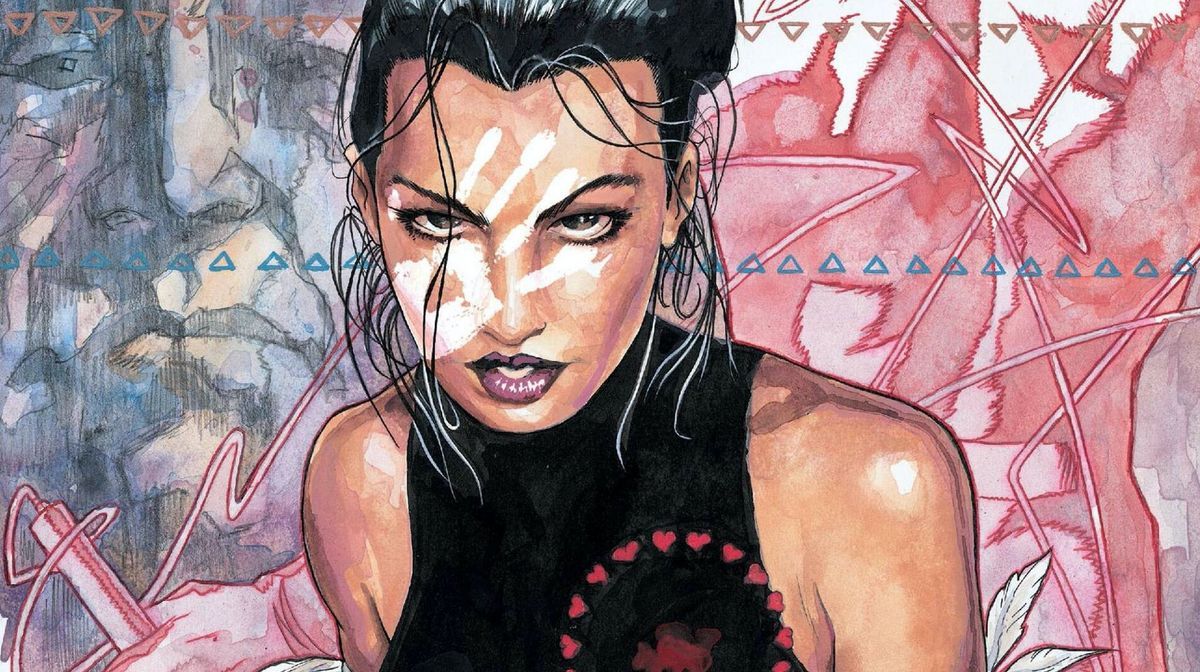 Soon enough Lopez learnt the truth with some help from Daredevil, going on the become a hero under the identity of Ronin – a mantle she then passed on to Clint, who we saw use it in Avengers: Endgame.

In Hawkeye Echo could be on the side of the villains or with the heroes then, although her presence amongst the Tracksuit Mafia suggests the former. In fact, it’s hinted at that she’s their leader, so could be behind the murder if the group are connected to that.

With Echo’s comic book ties to Kingpin and Daredevil too, even more characters could soon be introduced to the MCU… so keep those eyes peeled!