But, what is overlooked is horror’s consistent dedication to political and societal commentary, particularly about what is terrifying us at any given time.

Horror is inextricably linked to the political, and new release The Hunt is no exception.

When The Hunt was announced last summer, the timing was poor, to say the least. The trailer was released soon after two tragic mass shootings in the United States.

Social media went wild and even President Donald Trump tweeted about it, calling it hypocritical in its portrayal of violence.

These gut reactions to the film led to the dissemination of quite a bit of misinformation about its subject matter. The trailer and the synopsis are understandably alarming, as it seems to just be about people hunting other people.

Critics of the trailer saw it as a glorification of gun violence and called for it to be pulled from release. They eventually got their way — until now. 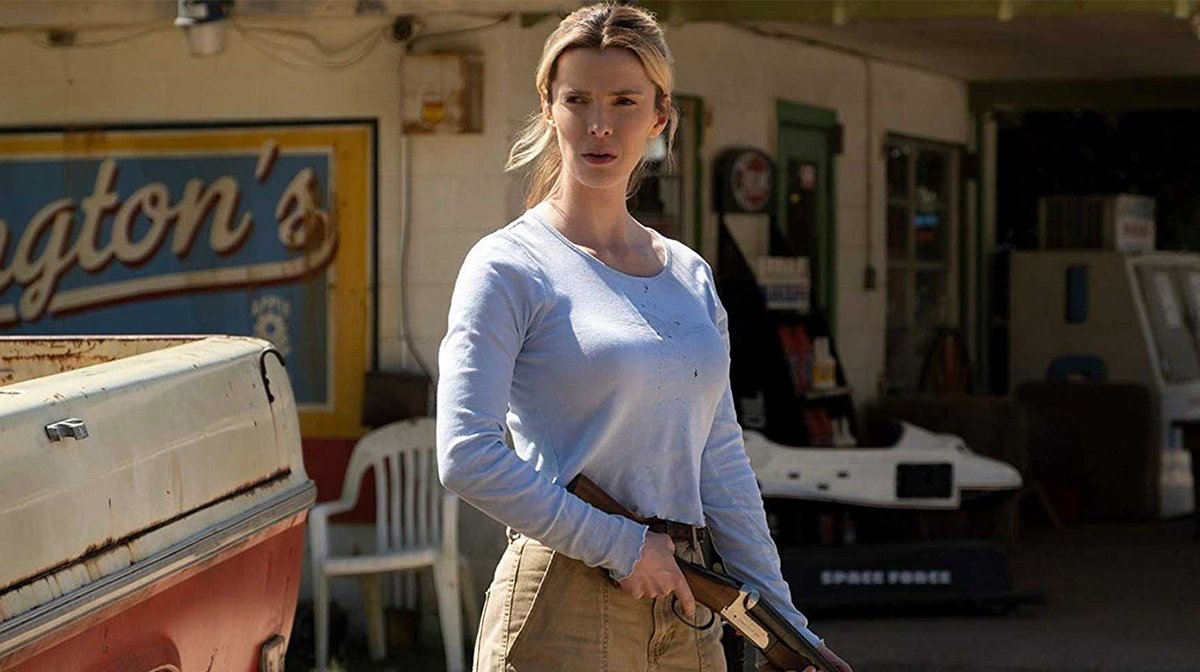 However, The Hunt is a much more complex narrative about tensions between political parties, and the harmful assumptions that come with those tensions.

This is not just about hunting people for sport, but about critiquing how humans interact with one another in the face of such assumptions.

It also is not the first horror film, nor the last, that is meant to be a piece of satire of our contemporary cultural moment. In fact, The Hunt is following in the footsteps of horror legends who used the genre to criticise governments, regimes, war, and more. 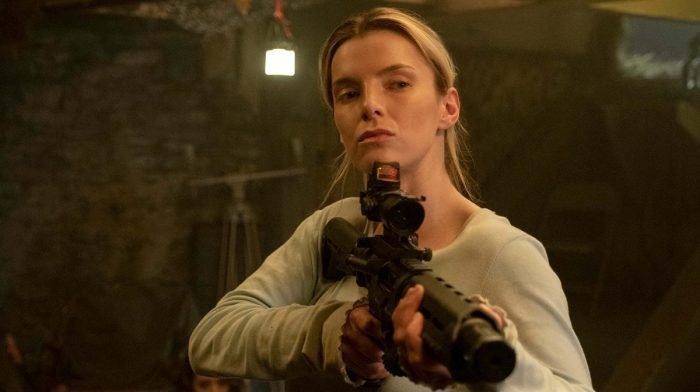 In 1968, The Night Of The Living Dead shocked audiences not just with its gore, but with its controversial message about the Vietnam War, the death of the nuclear family, and building racial tensions in the United States.

The film’s protagonist is Ben (Duane Jones), a black man who must fight back against a group of white people to ensure his survival.

He is shown fighting with the white male patriarch, not just to connote internal strife between survivors, but to show how black Americans were constantly fighting for their lives in 1960’s America. 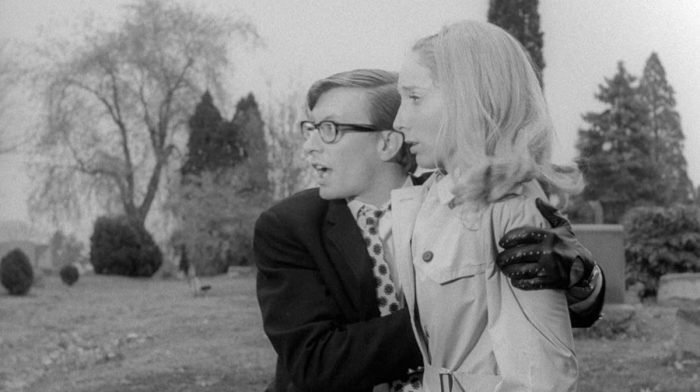 Further, The Night Of The Living Dead was the first instance of zombies as flesh-eaters. The zombie was not a stranger to horror, but it was never a creature that killed and ate humans.

Director George A. Romero reshaped the iconic figure to serve as a metaphor for the mindless consumption that ravaged the United States.

Capitalism was rapidly changing the economic landscape, and people were figuratively consuming each other due to the contentious political climate.

Using the undead to entice viewers into the cinemas, Romero was able to create a film that was horrifying in more ways than one. 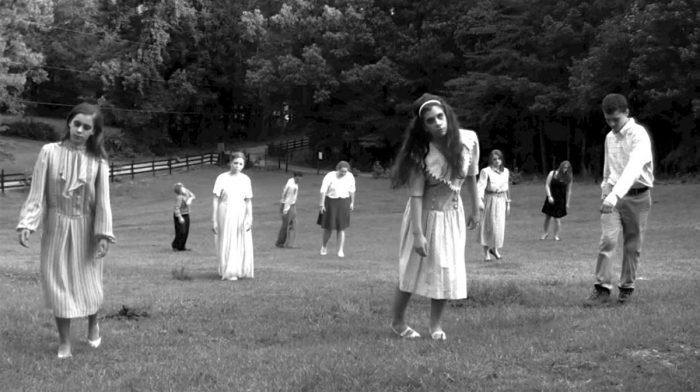 Mindless consumption spurred on by capitalism is a rather common topic of horror satire. However, these films don’t always use zombies or man-eating creatures to get their point across.

Films such as The Stuff (1985) made products themselves the source of terror. In The Stuff, a strange white delicious substance is packaged and sold to the public as the next big thing.

It’s not quite yoghurt, not quite ice cream, but it has captured stomachs across the United States. 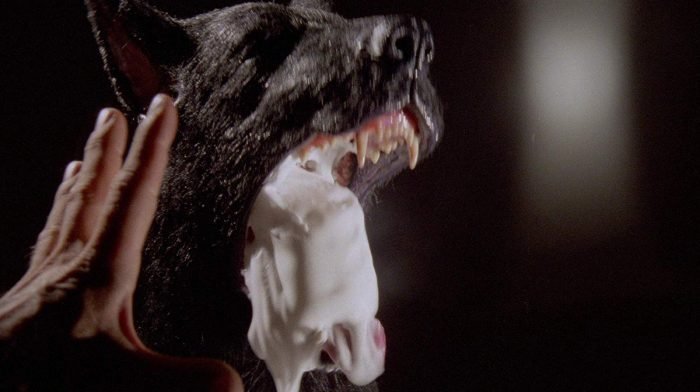 Commercials for the product are constantly playing on TV, the packaging is bright, colourful, and eye-catching, and grocery stores build shrine-like displays to showcase it.

However, this stuff is not as harmless as company CEOs say. The well-marketed, beautifully packaged, ever-available food substance turns those who consume it into violent monsters.

The Stuff is not only a criticism of those consuming, but of those who are encouraging it. The film moves beyond the transformation of mindless humans to critiquing the executives who, behind closed doors, do whatever they can to make an extra buck. 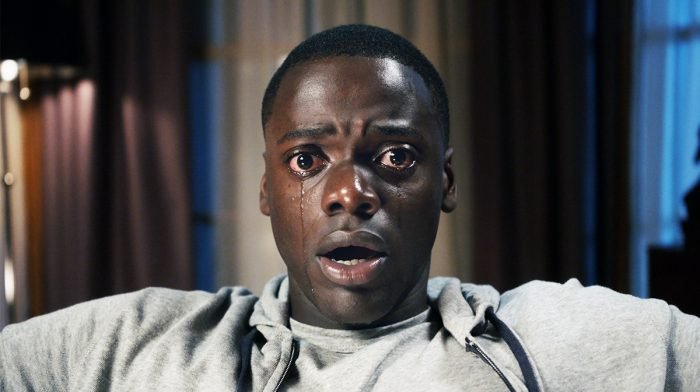 While consumption, war, and the role of the female body are prevalent political themes in the genre, race has always been on the periphery, a tool used to create monsters, but never to actively interrogate racial tensions in the United States.

However, this has begun to shift in the last decade, particularly with Jordan Peele’s 2017 film Get Out. In his directorial debut, Peele was able to channel the microaggressions and violence that black Americans face on a daily basis into a critically well-received, Oscar-nominated horror film.

Its portrayal of white people as evil was polarising, and infuriated some audiences. But more importantly, Get Out was a horror film about black characters that saw them as more than just stereotypes.

Instead, it was a film that made wealthy, white people villainous for how much they continue to profit on and control the black body. 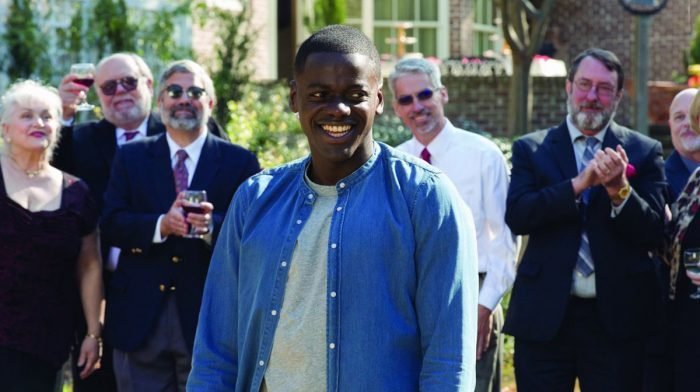 The Hunt will continue the genre’s legacy, not only with the film’s content, but also with the conversation it spurred ahead of its release.

It polarised people, it got their attention, and was able to make a commentary on political hypocrisy months before audiences could even see it.

This film, along with the three listed examples and countless other horror films out there, illustrates horror’s role in society.

Horror is more than entertainment; it is a crucial medium for interpreting societal fears and facing them in a controlled setting. If we were to try and remove political commentary from horror, there wouldn’t be much left of the genre.

The Hunt is out now in UK cinemas.