He’s been calling the cinematic shots for over 60 years. Actor, director, producer, composer, one-time Mayor of Carmel, more than 60 movies with his name on them, four Oscars – it’s a track record that movie dreams are made of.

But as Clint Eastwood celebrates his 90th birthday (31st May), it’s all too easy to forget that this pillar of the movie establishment started out by embodying the rebellious spirit of the 60’s in his acting – and translated that into a career that broke the mould and changed Hollywood.

Seven seasons as Rowdy Yates in TV western Rawhide turned him into a household name during the early sixties, and he’s been quoted in interviews as saying that the small screen is still the best training for a young actor. 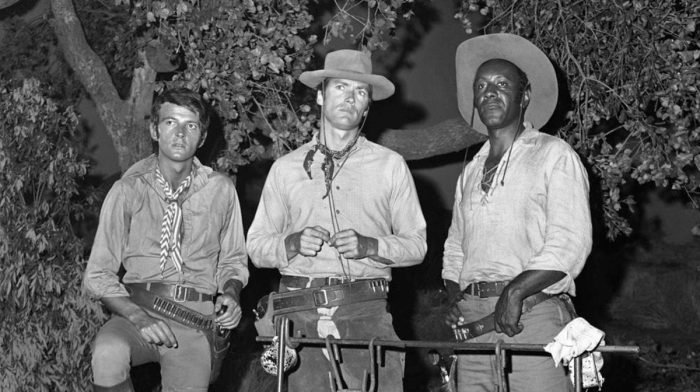 Not that it was an automatic passport to bigger things back then. As Tarantino showed in Once Upon A Time In Hollywood, the film business looked down its corporate nose at the fledgling industry, and actors found it nigh-on impossible to get that all-important break onto the big screen.

So Eastwood took another route and cracked it. Instead of being Hollywood bound, he headed for Europe, where director Sergio Leone was about to launch a whole new style of western, one that would change the actor’s fortunes forever.

What became popularly known as ‘spaghetti westerns’ started with For A Fistful Of Dollars, with Eastwood as the enigmatic, poncho clad, cheroot chomping Man With No Name.

He returned in For A Few Dollars More and, by the time the now iconic The Good, The Bad And The Ugly hit cinemas, Hollywood was calling him – rather than the other way round – and that all-important transition was complete. 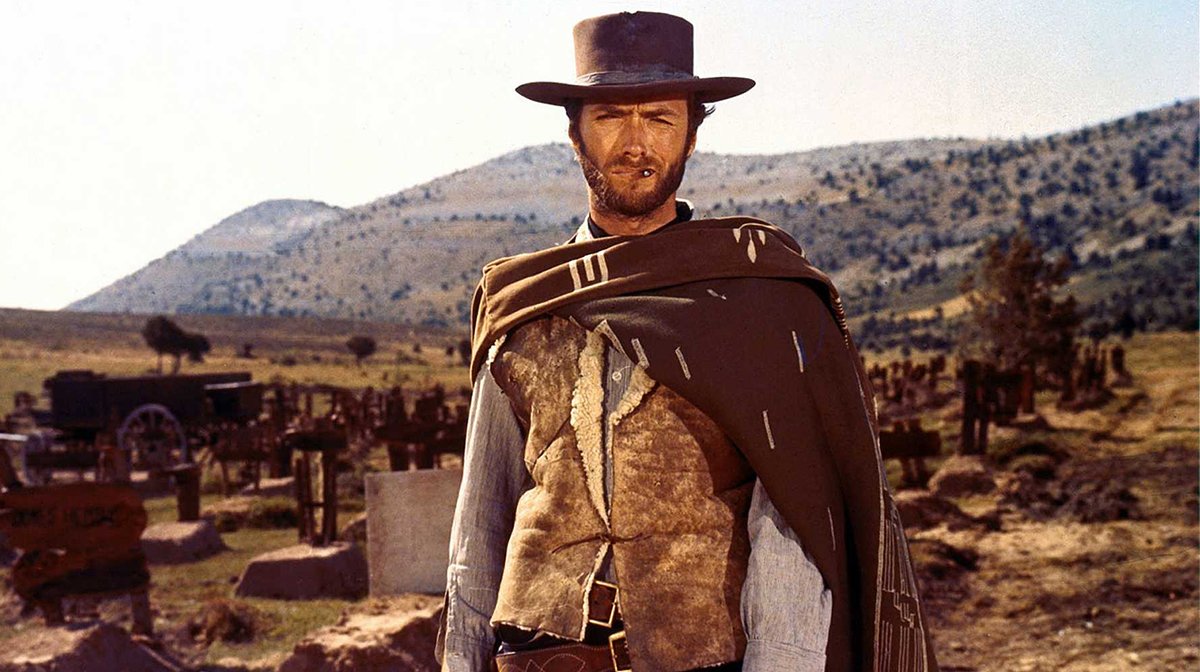 He’d bucked the trend, shown it could be done and, since then, other actors have followed in his footsteps.

Few have matched his startling success, although the likes of George Clooney, Will Smith and Margot Robbie haven’t done too shabbily.

For Eastwood, though, the partnership with Leone sparked the other side of his career – directing. Even though his protégé turned down a role in Once Upon A Time In The West, the Italian maestro was a continued influence on Clint’s directing, something that was to be acknowledged in the 90’s with the ‘To Sergio And Don’ dedication on Unforgiven.

Don was Don Siegel, who helmed Eastwood’s first post-spaghetti western outing, Coogan’s Bluff, and went on to direct him in a further four movies. One of them gave the actor his most controversial role ever, one that also spawned four sequels. Dirty Harry. 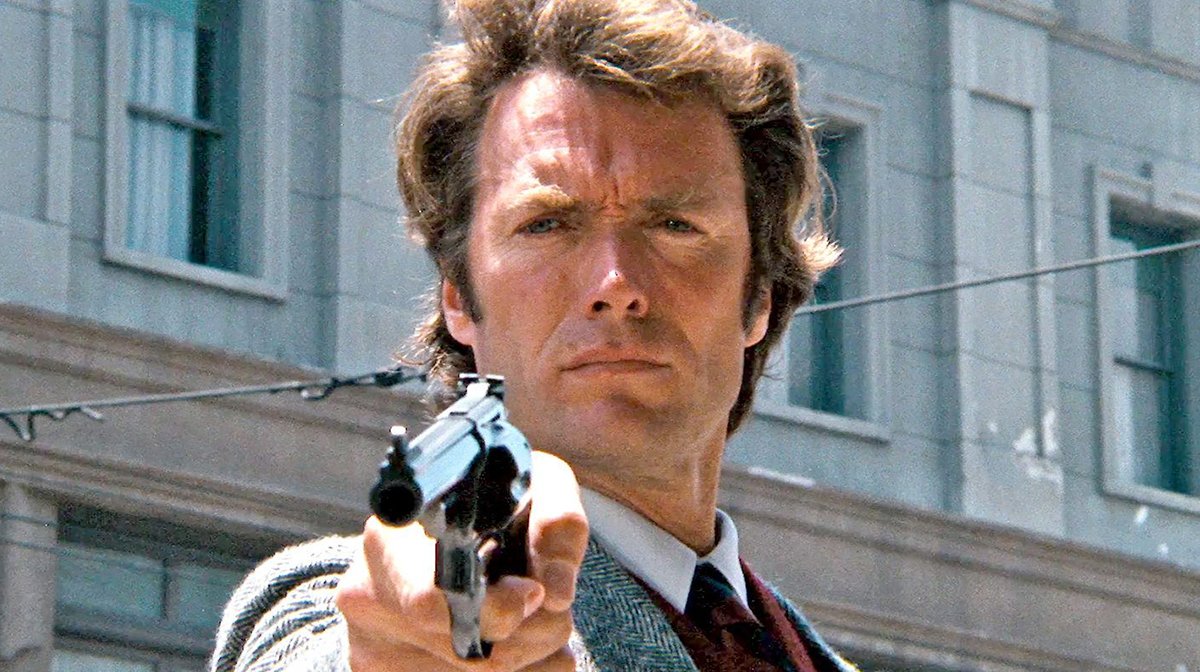 After three films each with both of his mentors, Eastwood ventured behind the camera for the first time to direct Play Misty For Me.

It was just seven years after his first collaboration with Leone. By Hollywood standards, he wasn’t hanging around, and had also founded his own production company, Malpaso, now a constant in the credits for any of his movies.

The reviews were good enough to encourage him back behind the camera for High Plains Drifter just a couple of years later. After that, the rest is, as they say, history. 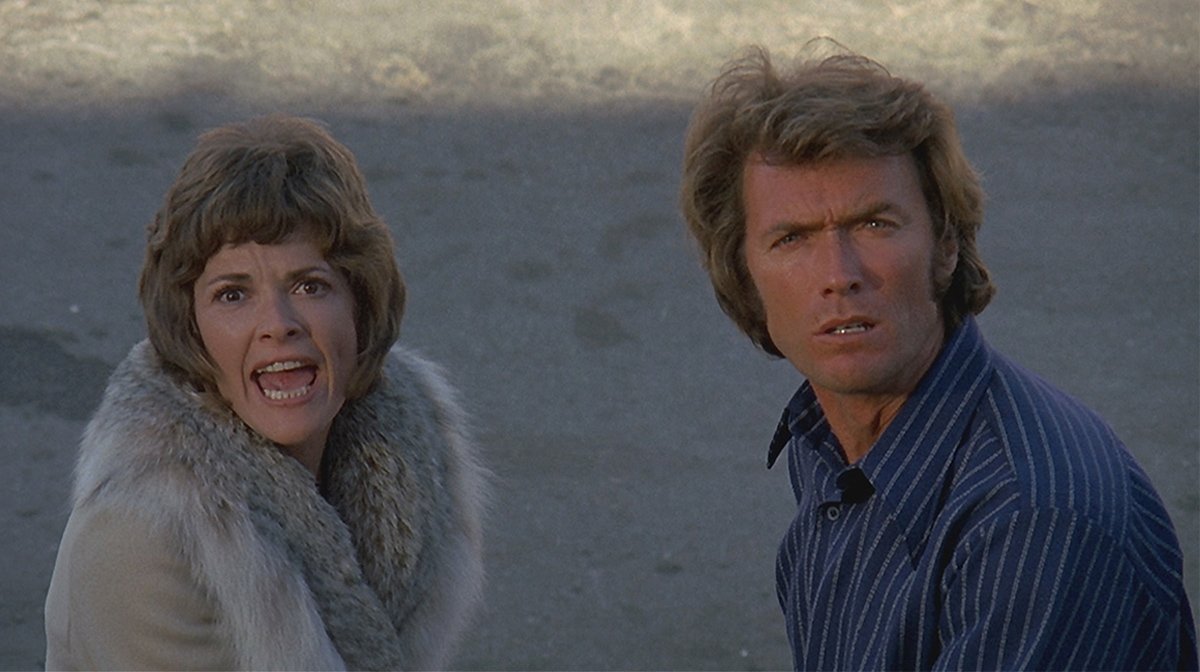 Thrillers, dramas, true life stories, even a romance show the breadth of his range as a director.

And then, of course, there’s the one genre he’s been associated with throughout his career. The western.

Time and again he returned to the old West, culminating in one of his most successful films ever, the four time Oscar winning revisionist western, Unforgiven. It was to be the last time he saddled up, but far from his last time in the director’s chair. 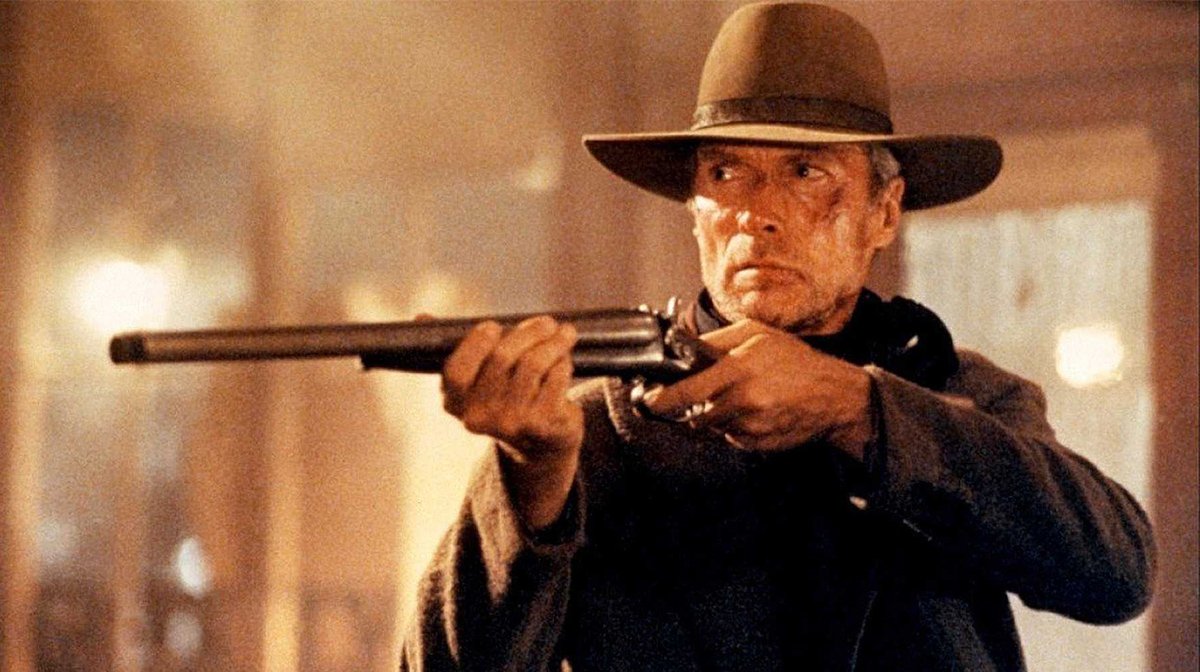 Eastwood wasn’t the first actor to make the move behind the camera. Charlie Chaplin, Laurence Olivier and Orson Welles had all come before him and, like him, they all directed themselves.

But, while their offerings were all showered with praise, they could be counted on the fingers of one hand.

With Eastwood, however, actor/directors had truly arrived and have never gone away since. 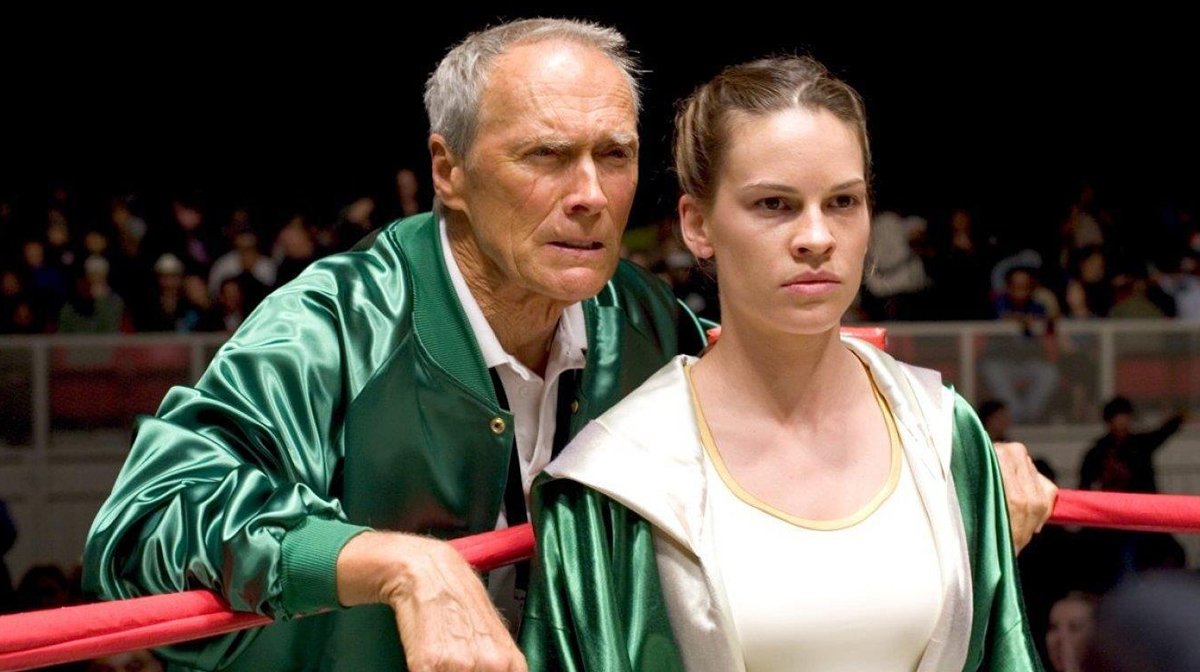 Helming a film just about every year, such was the strength of his name that, especially in the 90’s and early 2000’s, his movies became cinematic events.

Many have followed in his wake – George Clooney, Ben Affleck, Kevin Costner, Barbra Streisand, Greta Gerwig et al – all directing themselves. But nobody has really matched him. Yet. 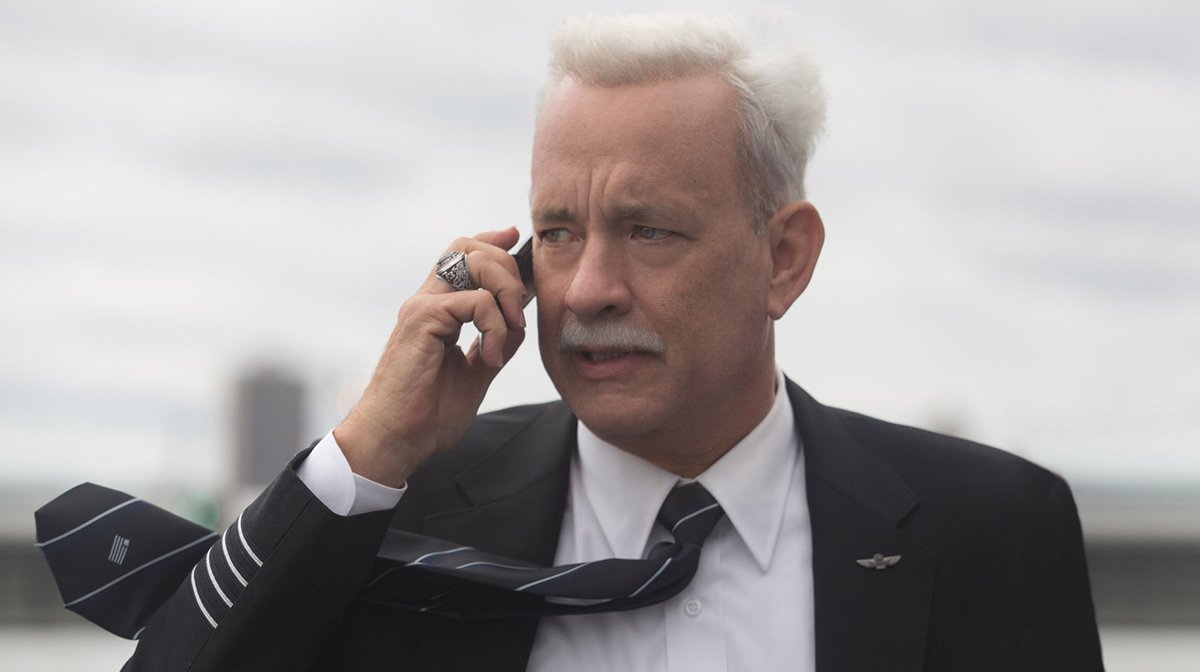 Recent years have seen him concentrate on directing, with fewer appearances in front of the camera. Films ‘based on a true story’ and featuring real heroes have become regulars, including Sully: Miracle On The Hudson and the more recent – and, for some, controversial – Richard Jewell.

By all accounts, the scripts came his way rather than him seeking them out but, despite working within a familiar format, that instinct to break the mould is still there.

In The 15:17 To Paris, the story of three American soldiers who prevented a terrorist attack on a French train, he cast the trio as themselves.

It was a huge risk and is generally regarded as one that didn’t come off, a rare misjudgement and one that’s since faded with the advent of The Mule and Richard Jewell. Both of those showed that he hadn’t lost his touch, in front or behind the camera. 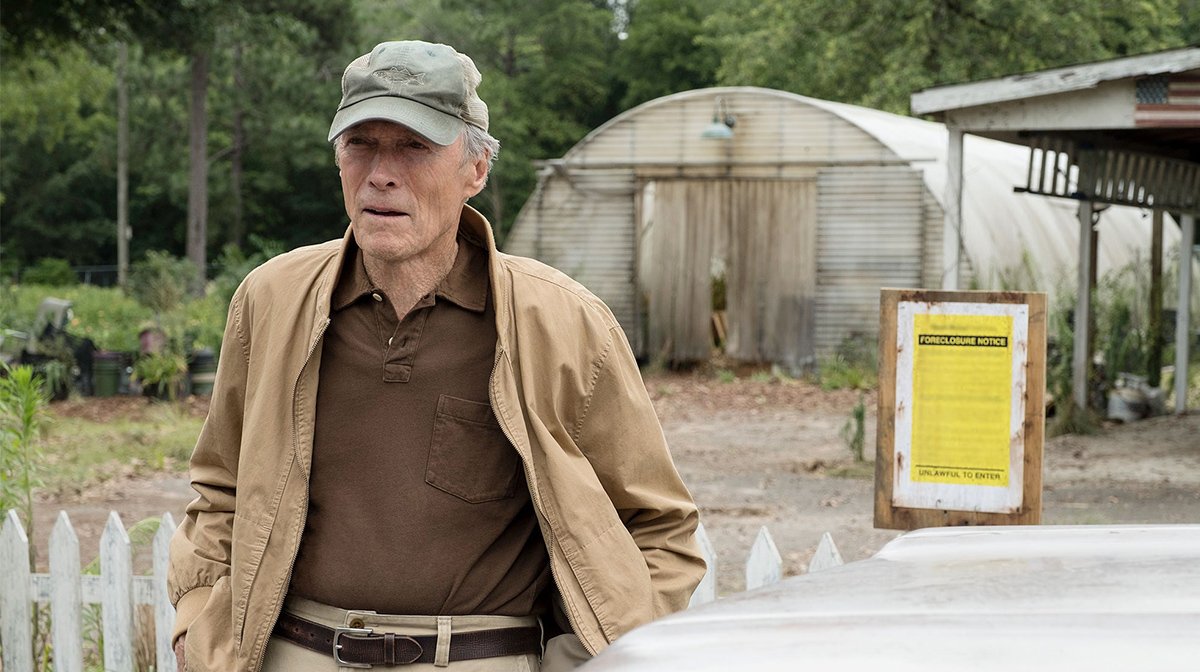 There’s no word on Eastwood’s next project but, even though he’s more than entitled to rest on his numerous laurels, chances are he won’t.

He’ll still be around, to challenge the rules, to court controversy and to, paraphrase one of his landmark roles, to make our day. Happy birthday, Clint!