When he was initially cast as James Bond, the media all but wrote Daniel Craig off before a second of Casino Royale was even filmed.

His inaugural Bond outing, the first proper origin story for 007, proved all the naysayers wrong, ushering in a grittier era of the franchise and delivering some of its most iconic moments to date.

The expectations for what a Bond movie could be drastically changed overnight and as a result, so did the ways to subvert what we expect from them. 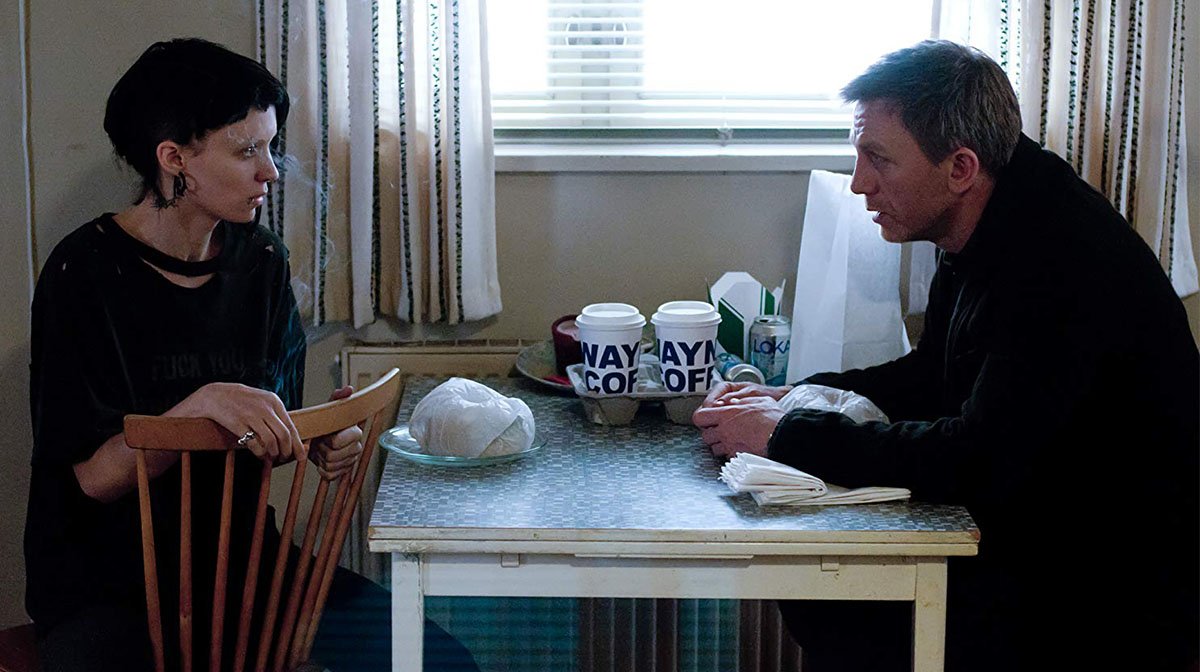 An adaptation of Stieg Larsson’s posthumous bestseller The Girl With The Dragon Tattoo, the first in his much lauded Millennium trilogy, doesn’t seem to be an applicable vehicle when it comes to reconfiguring the James Bond mythology.

And yet, through the casting of Craig as disgraced journalist Mikael Blomkvist, director David Fincher’s English language adaptation of the novel thrives on twisting Bond iconography. 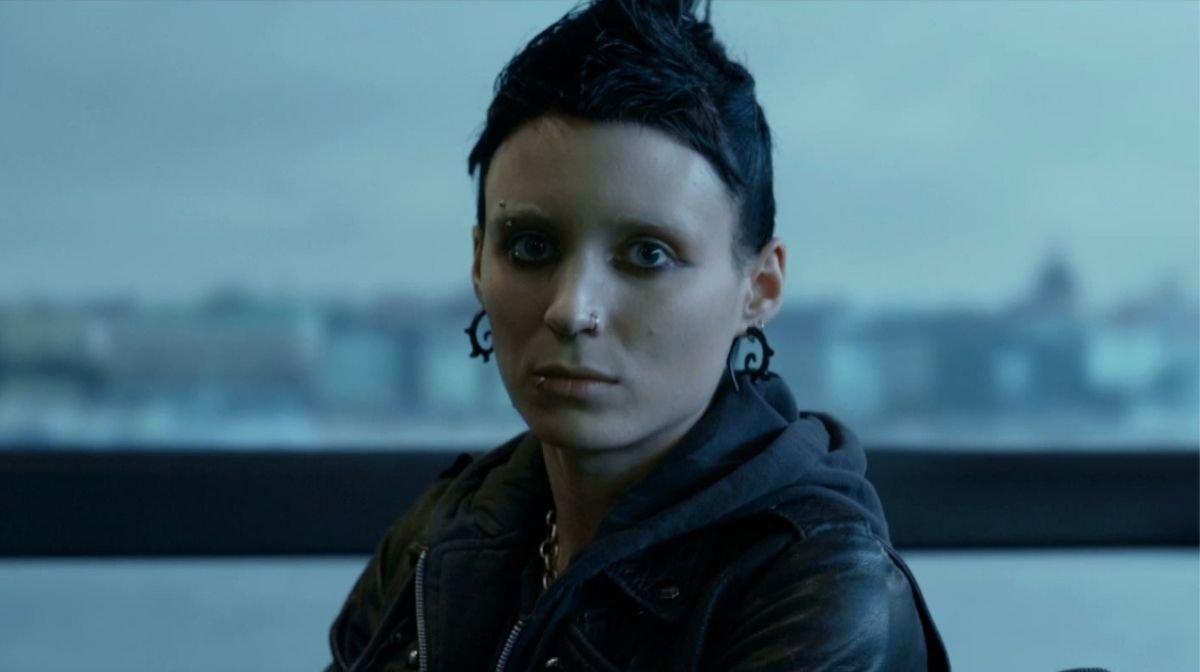 Craig wasn’t the only actor in contention for the role, beating out George Clooney, Viggo Mortensen, Johnny Depp and Fincher’s recurrent collaborator Brad Pitt – but it feels like the bulk of the creative decisions are all tailor made to blow up Craig’s Bond persona, despite the source material.

This couldn’t be clearer from the outset, with a punchy opening title sequence (created by future Deadpool director Tim Miller) soundtracked to Trent Reznor and Karen O’s cover of Led Zeppelin’s Immigrant Song.

Miller has stated that the goal was to create something abstract, to reflect the bleakest themes from the novel that couldn’t make it to the screen, in an invigorating cyberpunk style. 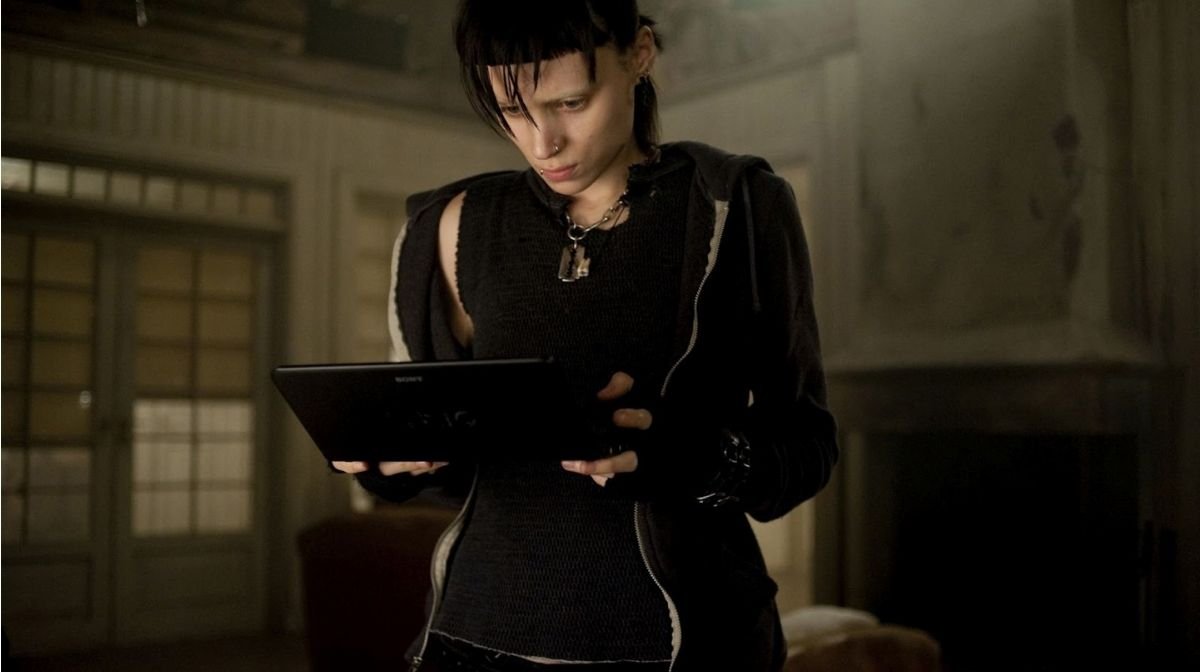 While this may (in his words) reflect the nightmares and traumatic past of Lisbeth Salander, played brilliantly by Rooney Mara, the influence of the typical Bond opening credits sequence can’t be understated.

Only here, the perspective is dramatically altered; Craig’s Blomkvist effectively takes the typical ‘Bond Girl’ role, with brief glimpses of his naked physique amidst the haunting images that tease out the film’s themes.

Of course, Casino Royale had done this already, with Bond emerging from the ocean in his swimming trunks, cueing a million breathless think pieces about how he was, in fact, that movie’s real Bond Girl.

But there’s far more to Dragon Tattoo‘s subversion than a simple flip of gender dynamics, although this is still part of the equation here. 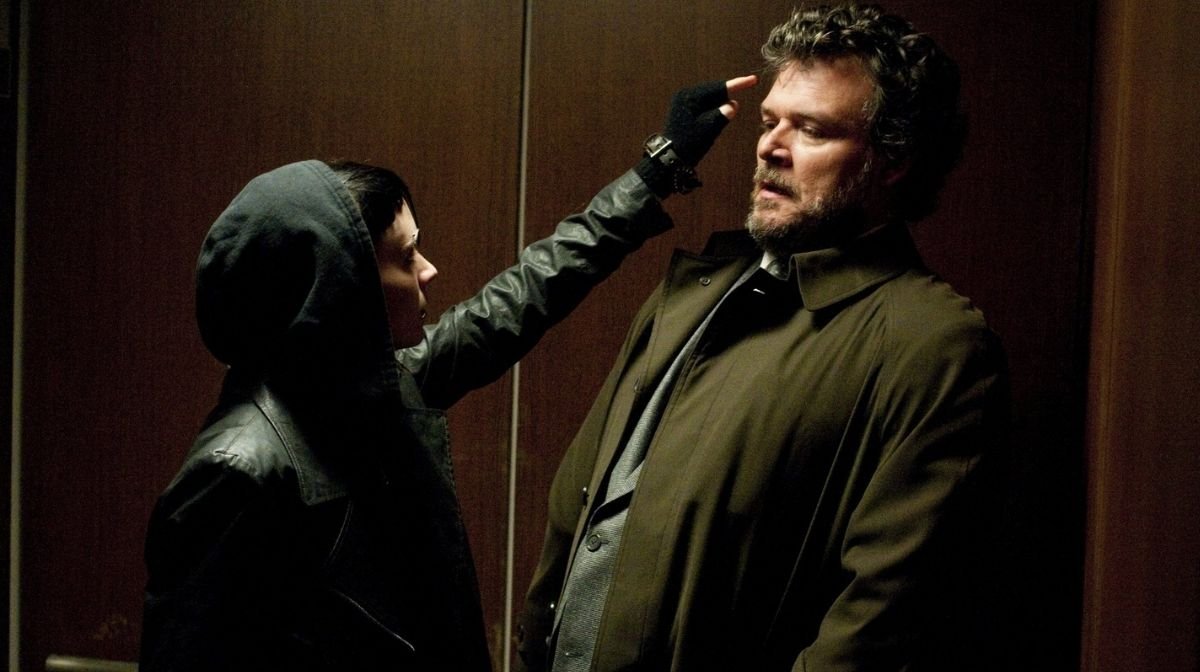 Blomkvist and Salander don’t actually meet until the film’s second half, after the journalist discovers this secretive hacker has been hired to investigate him.

Prior to this, Blomkvist’s arc takes the mode of a straightforward criminal procedural, while Salander’s is far more harrowing – a chronicle of her assault and subsequent revenge against her legal guardian.

Blomkvist is unaware of this when and after meeting Salander, hiring her to help him analyse old images to finally crack this 40-year-old murder case.

And she remains an enigma to him for the remainder of the time they spend together – a dynamic typically taken up by Bond, a secret agent who still keeps his past hidden even when he’s off the clock. 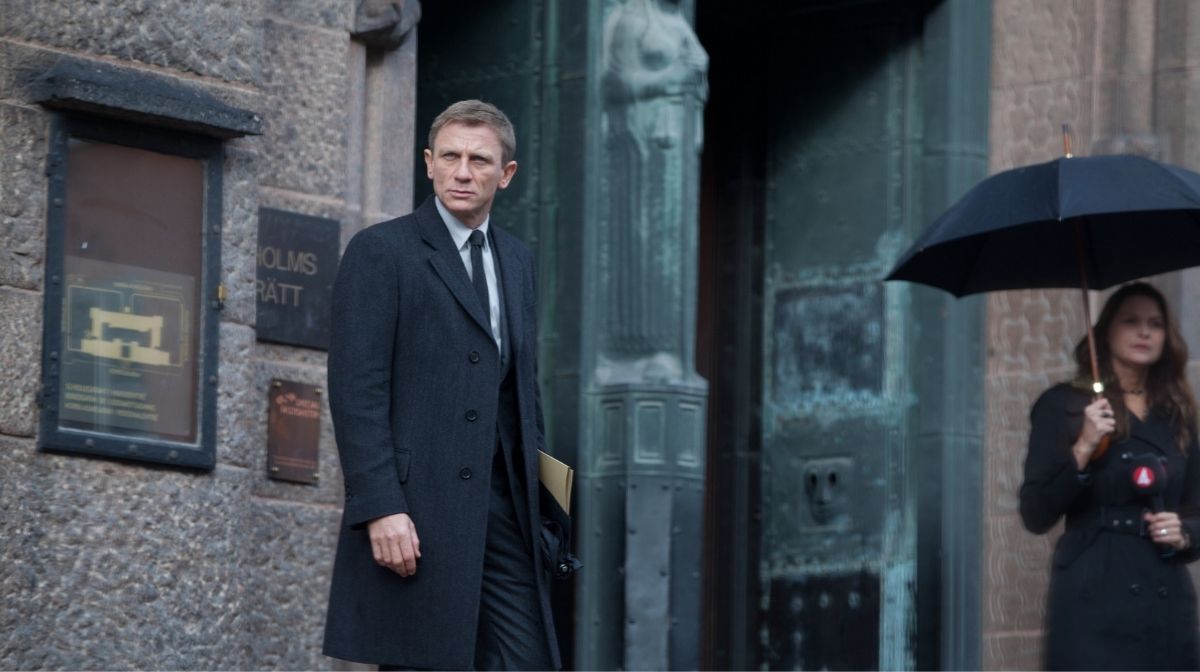 Several A-list actresses campaigned heavily for the coveted role of Salander, with Scarlett Johannsson getting the closest; Fincher said she’d be unsuitable for the role as she was too conventionally beautiful.

This wasn’t a slight on Mara (or the other two then-unknown actresses amongst his top picks: Lea Seydoux, and Succession‘s Sarah Snook), so much as it was a testament to her ability to disappear into character, with no in-built audience expectations as to her glamorous real life look.

And yet, sexuality is a key factor in this narrative, and a major part of her character’s relationship with Blomkvist. When it initially arises, it does so entirely without pre-warning, Salander coming on to Craig’s character in such abrupt fashion it takes the viewer by surprise as much as it does him. 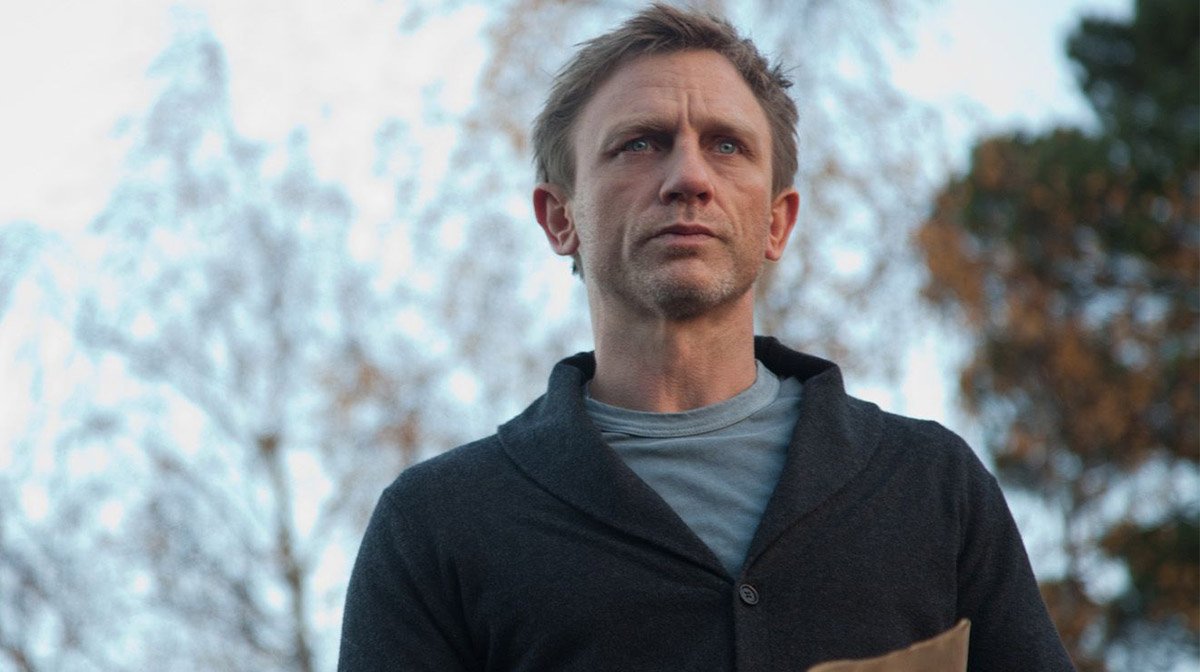 But then, isn’t this the most direct subversion of any Bond trope: his chasing and subsequent bedding of women associated with the cases he’s working?

Switching up the power dynamics not only reinforces Salander’s agency when it comes to her sexuality, the film ensuring it doesn’t fall into the reductive characterisation of defining an assault victim by their prior trauma, but it also makes James Bond himself the typical ‘Bond Girl’ – something that not even the Craig era of the franchise has pulled off, despite the various ways it broke new ground.

As we discover Martin Vanger (Stellan Skarsgard) is the man responsible for the murder, Craig is once again pulled into a cinematic torture scene. Only this time he’s not naked and strapped to a chair, but getting suffocated to the soothing sounds of Enya. 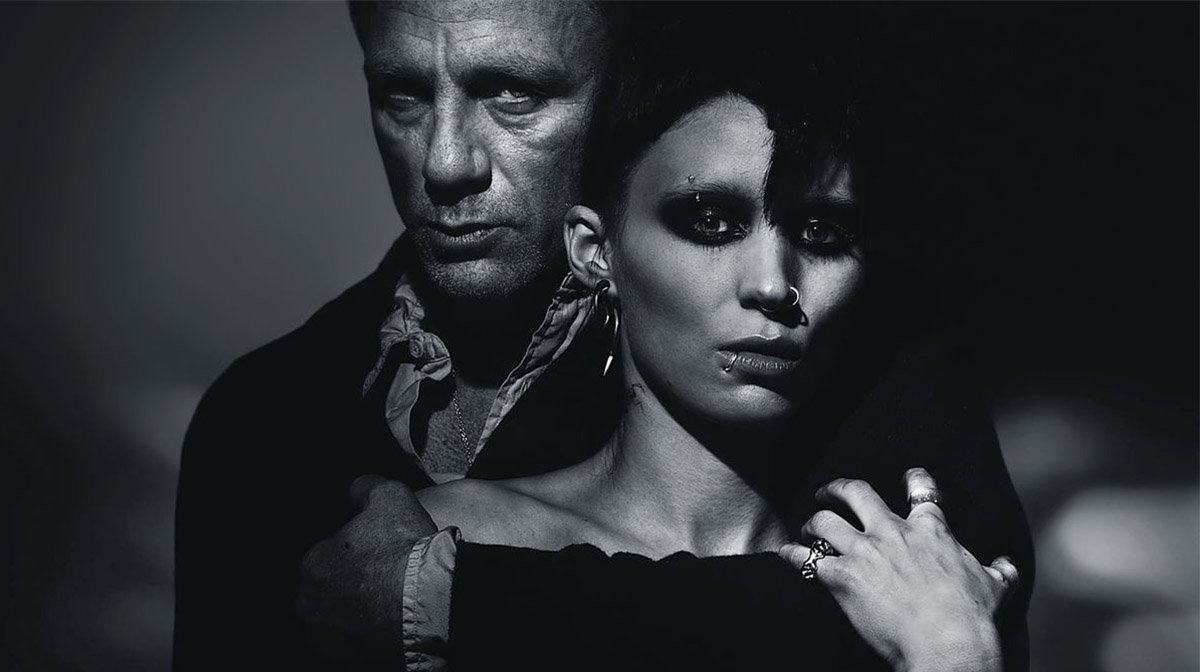 Casino Royale may have theoretically reduced Bond to a damsel in distress as Le Chiffre inflicted torture, but he was still wisecracking the whole way through, and was rescued by another man. Here, and throughout the rest of The Girl With The Dragon Tattoo, his fate and reputation consistently remains in a woman’s hands.

Ten years later, and it’s still a disappointment that Fincher never got to complete his Millennium trilogy – written off as a flop even though it turned over a healthy $236 million box office total from a $90 million budget.

But with Dragon Tattoo, he not only delivered a satisfying return to the world of serial killers, but performed the most thrilling subversion of his lead star’s persona ever attempted. We can only imagine where he would have taken it from here.