Before there was RuPaul’s Drag Race, there was Priscilla.

Of course, the grand history of performing another gender dates back as far as original Shakespearean performances, but the concept of drag as its own art form developed considerably in the pop culture of the 20th century.

Popular comedies like Tootsie and Mrs. Doubtfire used drag for comedic effect, but movies like the Paris Is Burning and The Adventures of Priscilla, Queen Of The Desert did far more to analyse the lives of the people who perform as women, and why they choose to do so. 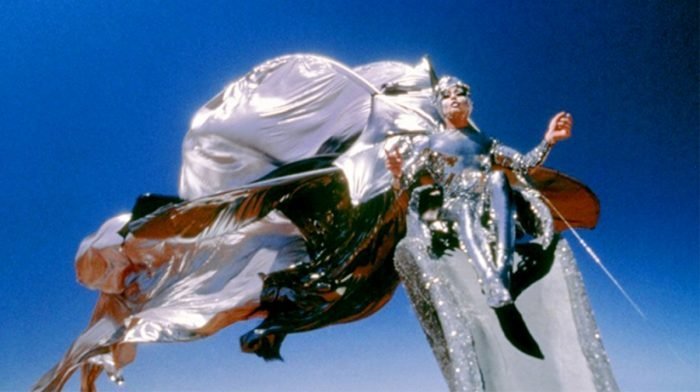 Directed by the openly gay Stephan Elliot, Priscilla follows three men who identify with differing elements of the LGBT+ banner.

There’s Terence Stamp’s Bernadette, a grieving transgender woman, Hugo Weaving’s Tick, whose homosexuality ended his marriage to wife Marion, and Guy Pearce as Adam, an out and proud gay man who lets his full drag regalia float in the breeze from the top of Priscilla, their bus.

By giving this trio the spotlight, Elliot shines a light on a marginalised group whose personal issues wouldn’t have been considered by the public before. ‘Passing’ as cisgender, coming out and knowing when to let people know who you are, all these situations are explored with intelligence and humour. 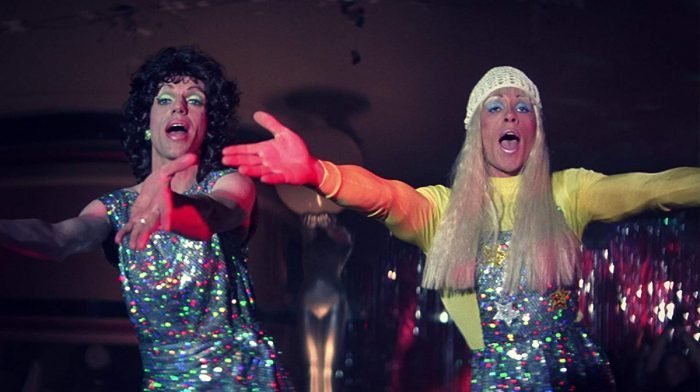 The well‐developed characters aren’t the only thing that keeps Priscilla fresh in people’s memories though. The stunning and Oscar winning costumes also play a significant role in the film’s stellar reputation.

As previously mentioned, Adam is the main character out of the trio to showcase the outrageous creations of designers Tim Chappel and Lizzy Gardiner.

Elaborate headpieces and flowing gowns in candy colours contrast against the dry, beige backdrop of the Simpson Desert, perfectly showcasing the whimsy and joy the characters, and drag queens in general, bring to the world.

These outfits are accompanied by a similarly sugary soundtrack featuring camp classics like Mamma Mia, Finally, and Go West giving the film its uplifting tone. 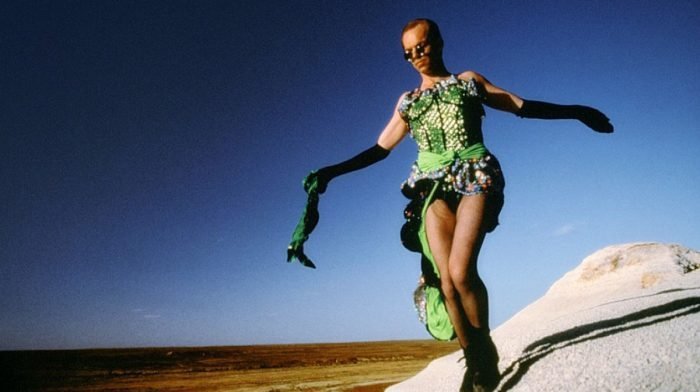 At the core of Priscilla is a message of acceptance and love triumphing over hate. At several points in the film the trio come across homophobic and transphobic abuse, ranging from physical threats to cruel graffiti on their beloved bus.

This threatens their entire livelihood and existence, but instead of allowing it to defeat them and force them back into hetero-normative conformity, they are brought closer, united against hatred.

The ignorant individuals that seek to bring them down end up as footnotes on their far grander story, forgotten and left to rot in their own boredom and misery. 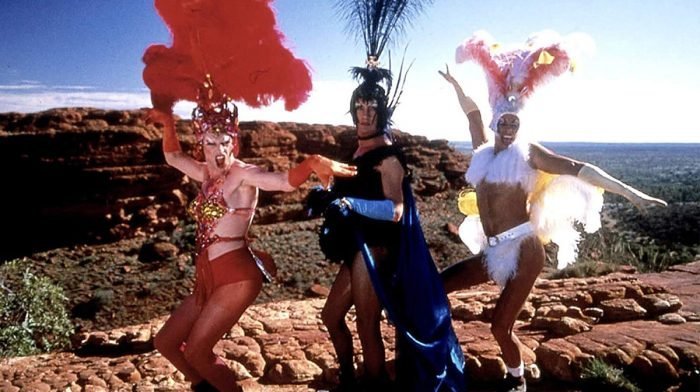 Drag queens ultimately bring joy and resonance through their performances, and the characters crafted by Elliot by the end of the film are a symbol of love beating out hate, and happiness trumping suffering.

Having become a cult hit, as well as managing to spawn a successful musical over a decade after its original release, Priscilla is essential viewing for anyone with an interest in drag.

In a world where drag queens are now celebrities and the most famous can be counted on more than one hand, it’s valuable to look back and remember both how far we’ve come, and the people who got us here.

Are you a fan of The Adventures of Priscilla, Queen of the Desert? Let us know on social media.

Priscilla Queen Of The Desert