My relationship with Christmas films is very love-hate. To tell you the truth, it’s mostly hate. I can count the ones I can actually sit through on one hand.

I think (hope) there are other people who feel the same way. For those people and myself, fortunately there are films which are Christmas-adjacent. Films that technically are Christmas films because they’re set during the period, but they forego the tacky, over-sentimental vibe of things like The Holiday.

The films on this list are more likely to make you feel like the turkey you’ve just devoured; shoved filled with stuffing into the oven, rather than a child leaving warm milk and cookies out for Santa. 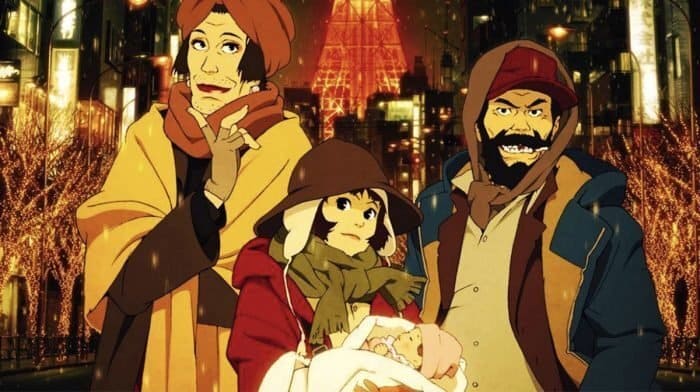 Tokyo Godfathers is a film by Satoshi Kon, and I suppose, being a Christmas film, it’s no surprise that this one is his warmest, and really the only one that’s a comedy film.

It tells the story of three people in the fringes of Japanese society; an alcoholic, a former drag queen, and a teenage runaway, who find an infant left by some garbage in an alley, with clues as to the parents’ identities. The three set out to find the parents in question.

The film is somewhat a screwball comedy, with increasingly unlikely situations, and although there is tragedy in the story, it’s a warm-hearted film, a rare feat from a director who is mostly known for psychological thrillers. 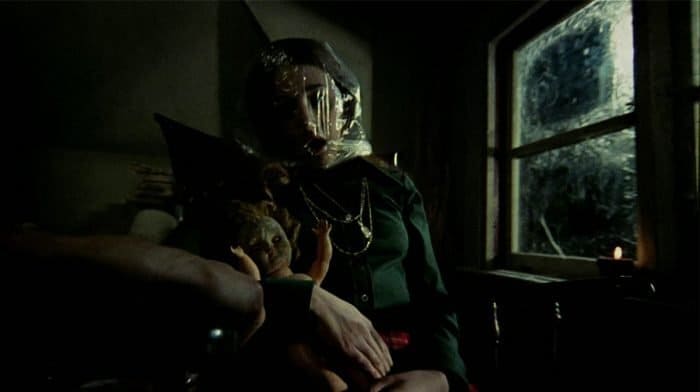 Black Christmas came out four years before Halloween, and it forms the blueprint for a lot of entries in the slasher genre.

You can see elements of Black Christmas in everything from Friday The 13th to another film on this list, Better Watch Out.

Black Christmas is an atmospheric, creepy film, and one that leaves you guessing right up until the end.

If you’re a Giallo fan (it includes some of the hallmarks of that genre), or just someone looking for a movie with a darker edge, this one is for you. 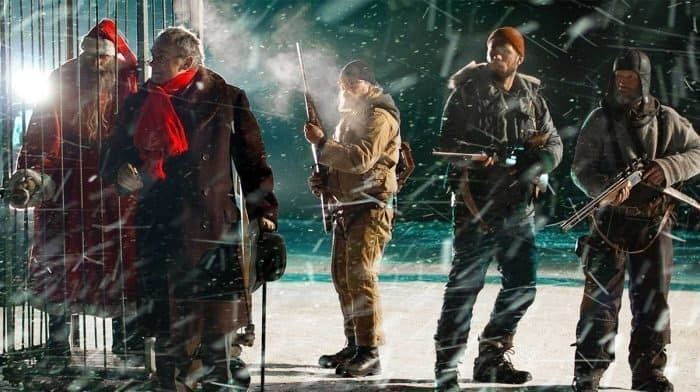 Rare Exports is probably the film on this list which is the most antithetical to the average Christmas film.

Instead of being a jolly giver of gifts, what if Santa was some kind of Lovecraftian monster, that had been lying dormant in the bowels of the earth for decades?

Well, in Rare Exports, he is, and he has a whole host of elves to do his bidding. But despite the dark narrative concept, it’s a film full of dark humour and quirky set-pieces. 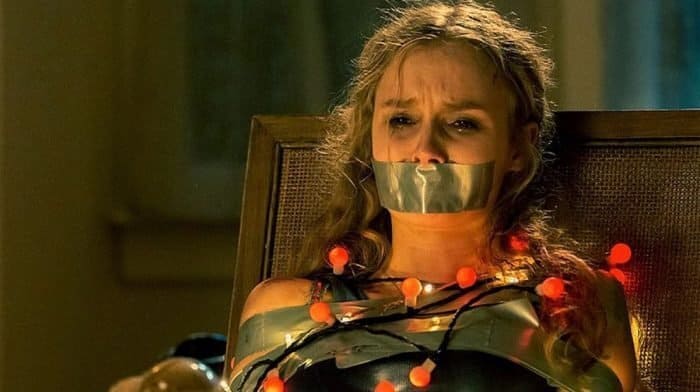 In some ways, I think Better Watch Out is the perfect non-Christmas Christmas film.

The title tells you that something bad will happen, but if you ignore the very misjudged poster and trailer, the narrative progression will be a surprise.

If you’re having a couple of friends over, or if it’s Christmas Eve and you want a nasty, disturbing watch, rather than the standard syrupy-sweet seasonal fare, then this is the one for you. 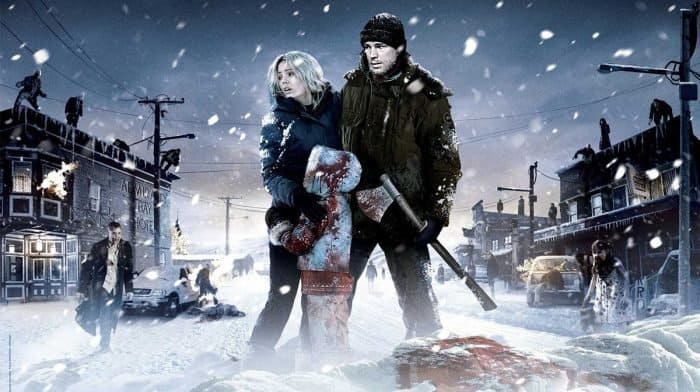 30 Days Of Night is much more morose than Better Watch Out. It follows the residents of Barrow, Alaska, as they prepare for a period of 30 days with absolutely no sun.

It’s a vampire film from the same director as Hard Candy and one of the Twilight films, Eclipse, and in terms of budget, this one is somewhere between the two.

It might not be as ambitious as either of those films, but it is fast-paced, gory fun, so if that’s your bag, seek this one out. 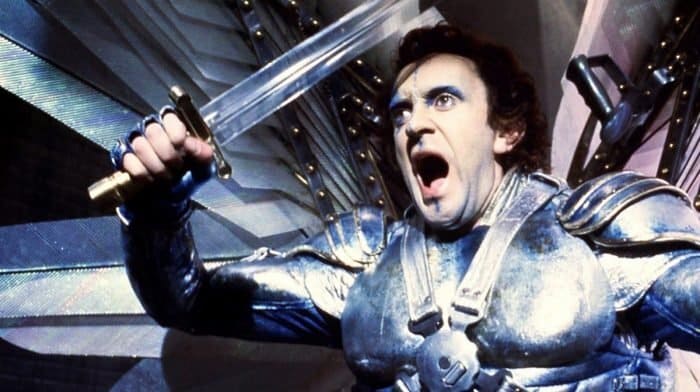 The only word for Brazil is bizarre. It’s a black comedy based on Orwell’s 1984, and although the basic premise is a little different from the novel, it does match the plot beats.

It’s also influenced by the work of Franz Kafka, particularly The Trial, and Brazil is very much one for the more literary film fans.

It’s a bizarre journey, and although you may know how the book ends if you’ve read the novel it’s based on, there’s enough that’s unique to recommend this film. 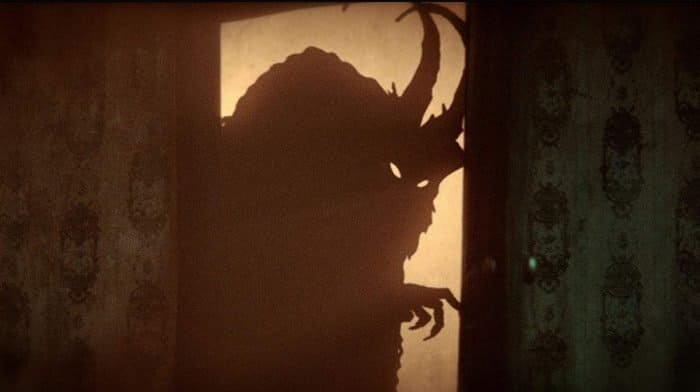 Remember how much you liked Gremlins when you first watched it? So do I. But there’s no denying that the experience of watching it is a little laboured after the umpteenth time.

Krampus is a film that wears its influence, singular, on its sleeve. It owes huge debt to the Joe Dante film.

It may not break any new ground, but Krampus is a frequently funny Christmas-themed comedy horror featuring the Austrian folklore figure that comes at night, and snatches naughty kids from their homes, trapping them in distant mountain caves.

If you’re tired of the Dante classic, this one is a worthy companion film. 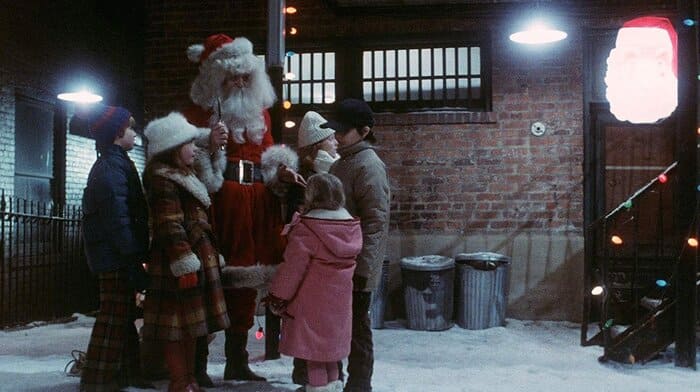 Is Christmas Evil a good film? It depends who you ask.

The only thing I can promise is that this story of a man who feels so much Christmas spirit that it turns him into a killer, is one that gets people talking.

It also flies in the face of all conventional filmmaking, with long scenes involving the central character being mistaken for a jolly Santa-for-hire, and an ending which is more Taxi Driver than Miracle On 34th Street.

The Girl With The Dragon Tattoo 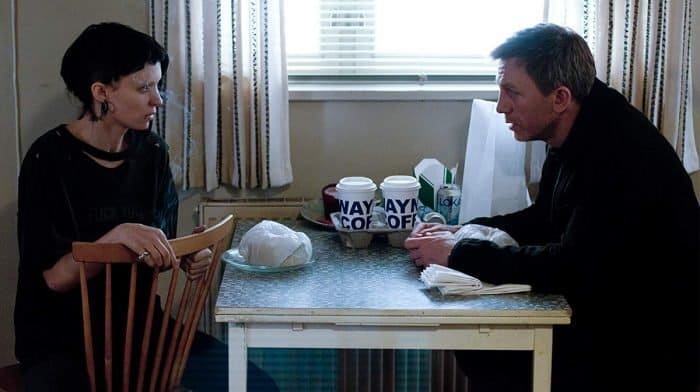 There are two versions of this film, the first being the thrilling Swedish version starring Noomi Rapace as the eponymous character, and a later David Fincher version in English, starring Rooney Mara and Daniel Craig.

Both are very good, but the Fincher one encapsulates a mood which isn’t present in its predecessor.

It’s a chilly, haunting film, and the majority of it involves heavy snow and people wearing overcoats.

The Girl With The Dragon Tattoo is dark and disturbing, but a perfect antidote for people sick of the schmaltz associated with this time of the year. 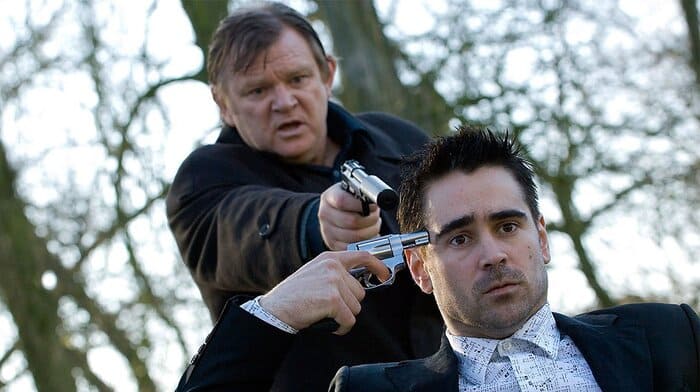 In Bruges is one of the aforementioned films that is only tangentially a Christmas one; set in Bruges, Belgium, during the festive period, it’s a film that really takes you by surprise.

It’s the debut feature of Three Billboards’ Martin McDonagh, and still remains his best work. Boasting some of the most sharply written dialogue of its decade, this is a must-see film.

You’ll come for the brilliantly constructed story, and return again and again for the natural chemistry between Colin Farrell and Brendan Gleeson.

In the mood for more festivity? Browse our Christmas DVDs and Blu-rays.