Despite it being a box office success and earning seven Oscar nominations including Best Picture and Best Director, the film’s legacy has been largely reduced to one statement – it is a disappointing concluding chapter.

This is something which still haunts the film, so much so when I first watched and enjoyed Francis Ford Coppola’s The Godfather, several of my friends recommended that I just skip the third movie altogether, so I end the series on a high with the outstanding Part II.

Admittedly I took their advice, having done some research on the internet which mostly backed their recommendation, but with the release of Mario Puzo’s The Godfather Coda: The Death Of Michael Corleone, the time had come for me to delve into the trilogy’s troubled final chapter. 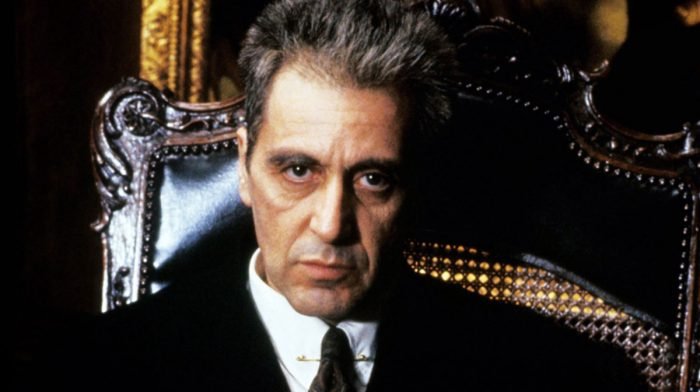 Out now on Blu-ray, this new version of The Godfather Part III sees director/screenwriter Coppola return to this chapter 30 years after its original release.

Described as a definitive new edit and restoration, Coppola has recut and tweaked his movie to reflect both his and author Mario Puzo’s original intentions for the finale, being closer to what they had envisioned.

Now at peace with the movie, Coppola argues that not only is it a better conclusion, but that it also vindicates the film’s status within the trilogy as well as his daughter Sofia Coppola’s performance as Mary, something which has been notoriously criticised. 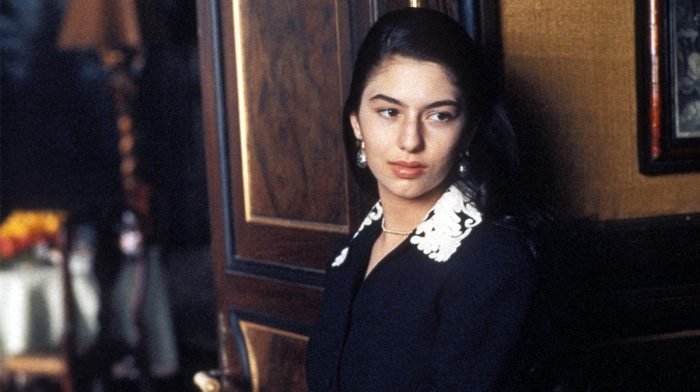 Watching the original version ahead of this new cut, it seemed to me the reputation The Godfather Part III had earned was rather undeserved.

Yes, the plot at times was convoluted, the pacing sometimes off, and it definitely lacked the energy and power of the first two movies.

And when it came to Sofia’s performance, it started flat and monotone but she grew into the role as the film continued, meaning I don’t understand why her death scene has been so ridiculed. 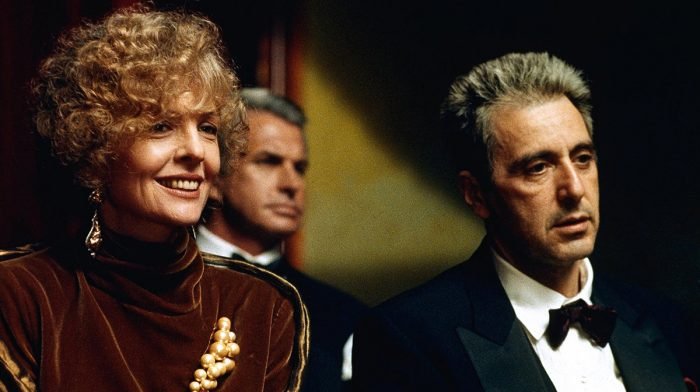 Whilst it is clearly the weakest film in the trilogy, it didn’t exactly end it on a whimper. There is plenty to enjoy and I’d argue it is in no way a bad film.

The main issue here is that its imperfections particularly show through due to the previous instalments being pretty much flawless.

In many ways Part III was already doomed to disappoint not only due to the fact it had to follow on from the masterful Part II, but it was a movie that was only made due to a dire financial situation. 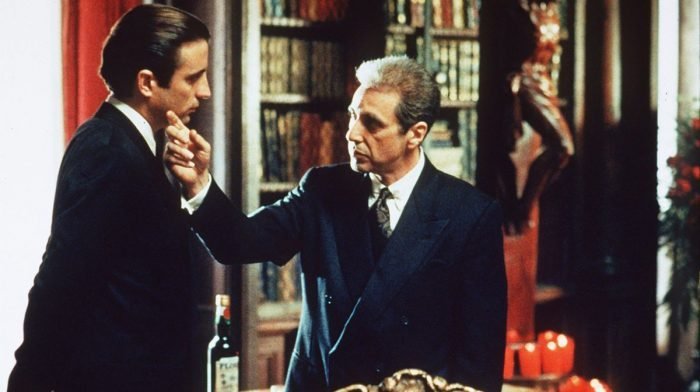 Coppola felt the first two films had told the complete Corleone story, and so he avoided taking up Paramount Pictures’ long-standing offer of a third movie.

That was until the financial failures of some of his movies in the ’80s led him to succumb to pressure from the studio, putting Part III into development.

But that was only the start of the problems. Robert Duvall didn’t return as Tom Hagen following a pay dispute, the script went through numerous changes, they had to bring Sofia in to play Mary last minute to replace Winona Ryder, and most crucially the studio wouldn’t let Coppola and Puzo use their intended title.

That title being of course The Death Of Michael Corleone, which is now used as the name for this new cut that also drops the ‘Part III’ in favour of ‘Coda’, reminding us that this film is an epilogue as the director intended it to be, and should be viewed that way. 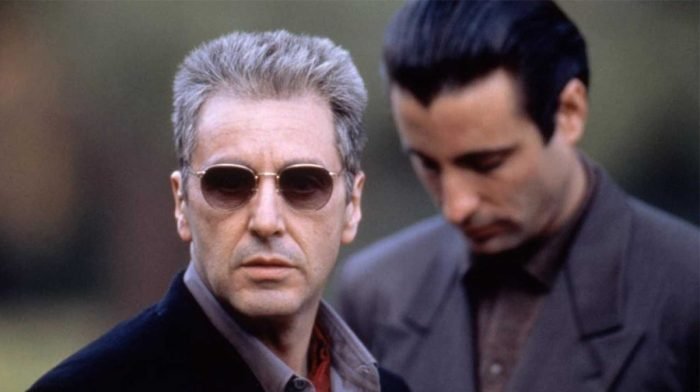 When it comes to changes Coppola has made to the cut itself, it’s actually quite minimal with only a few tweaks.

In fact no drastic changes have been made to the bulk of the movie, or the original narrative at all. But Coppola didn’t intend to overturn the film, he wanted to refine it.

Trimming four minutes off the original runtime, the edits are subtle and nuanced and whilst you might think you wouldn’t notice the difference such a short time would make, it turns out every second counts. 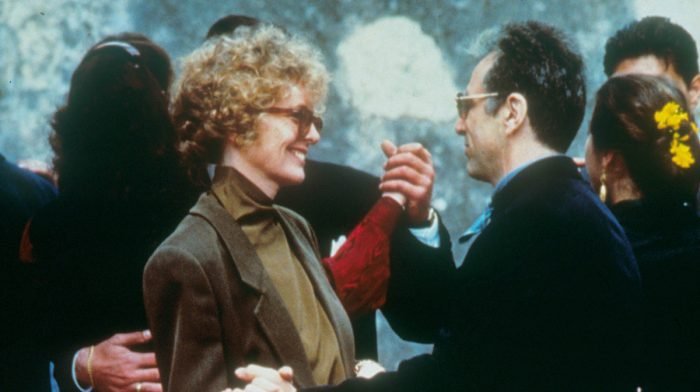 The plot may still be messy and it remains slow moving at times, but it is tighter and more streamlined, making the story feel less sprawling and emphasising the immediate threat of danger Michael and his family face.

Leaving some scenes on the cutting room floor where they should have always been, the pace quickens and the momentum improves, driving us with purpose towards the tragic conclusion whereas before it wandered aimlessly.

It is worth noting though that despite Coppola slightly trimming Sofia’s scenes, her performance does remain uneven. Sadly some things just can’t be improved. 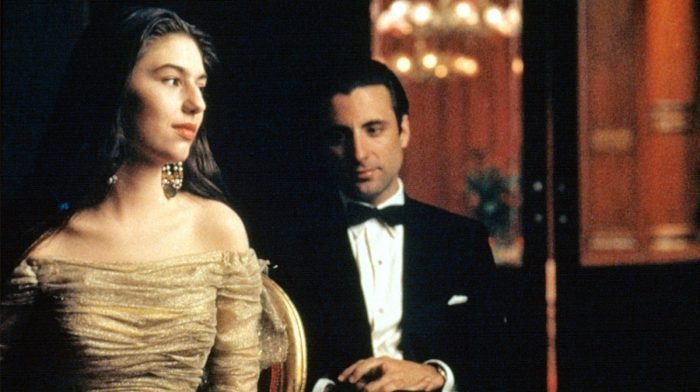 The most noticeable change comes right at the beginning as The Godfather Coda opens on a different scene, which does help the film start off on the right foot.

Replacing the opening of the flooded Corleone house and the papal commendation ceremony is a scene which in the original cut appeared 40 minutes in.

Coppola wastes no time cutting to the chase, opening his new cut with a meeting between Michael and Archbishop Gilday, who is head of the Vatican bank.

The first words spoken are “Don Corleone, I need your help” which not only echoes the opening of The Godfather, but adds weight to this introduction. 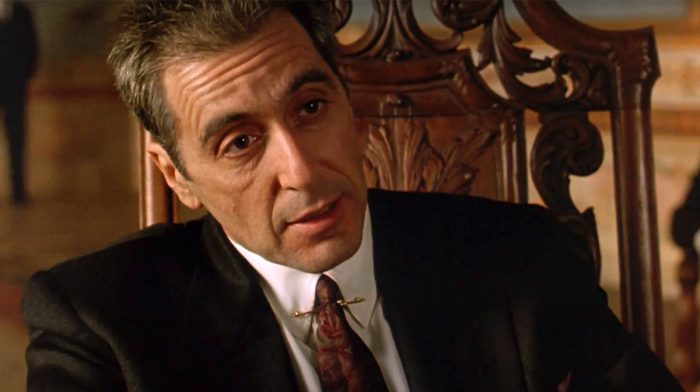 With Michael and the Archbishop discussing his $600 million contribution to the Vatican right at the start, the previously labyrinthian Internazionale Immobiliare plot fits in better with the film’s overall structure, providing a solid foundation the movie can then build on throughout its runtime.

It imbues this storyline with a sense of purpose which was previously missing in the original cut.

And it’s also worth noting the placement of this scene here works as a better introduction to Michael’s state of mind in this chapter – he wants to continue to legitimise both his business and his family’s reputation. 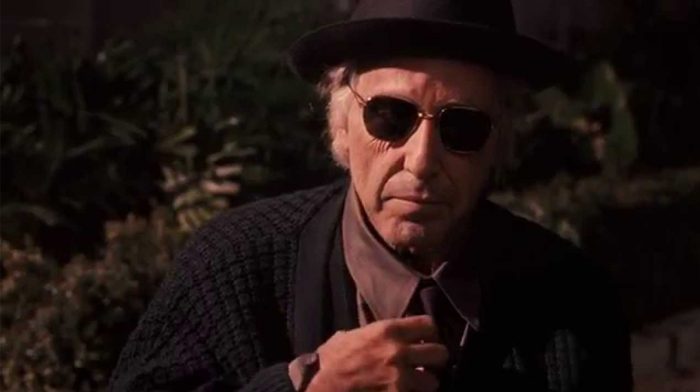 The rest of the film then plays out as it did in the original cut albeit trimmed down, with the next and final big alteration coming right at the end.

Despite the title for this new edit being The Death Of Michael Corleone, ironically the death of Michael is cut from the film.

We still see Michael sat alone, full of regret, outside a villa in Sicily, but we don’t see him slump in his chair dying unceremoniously. Instead the screen fades to black as Michael puts on his dark sunglasses, concluding with an on-screen quote about long life and how a Sicilian never forgets.

Whilst the quote doesn’t quite work, leaving Michael alive only makes the ending even more profound and sombre. We are reminded that the death of Michael isn’t actually the end of his life, but is the loss of his family, often by his own hand. 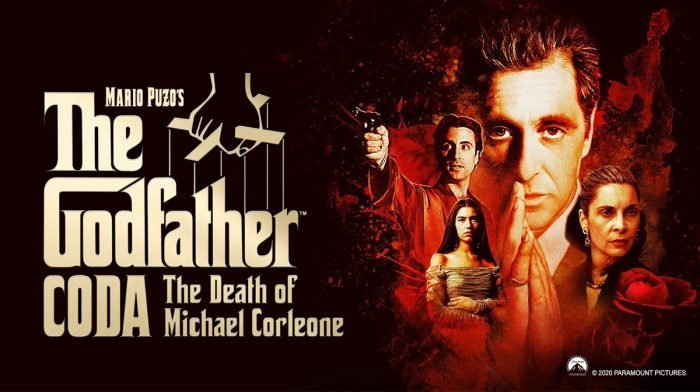 Isolated, regretful and filled with anguish, the great Michael Corelone is no more, with the closing shot instead focusing on a broken man.

This concluding shot is a more fitting ending to Coppola and Puzo’s epic tale, as is The Godfather Coda itself, a more melancholic and poignant epilogue.

Despite remaining far from perfect, it is now time for this concluding chapter to come out of the shadows, and to be recognised as a worthy instalment in this remarkable story.