Today Pixar is a household name, with each production, whether that be a short movie or feature, being an event to look forward to.

Both the studio and their films have an excellent standing in Hollywood, with the Pixar logo being an indication of both creativity and quality.

But it isn’t just Pixar. Over the past years animation hasn’t just grown as a format, with several movies trying out new styles and ideas, but it has also become increasingly respected within the film industry, which previously looked down on it. 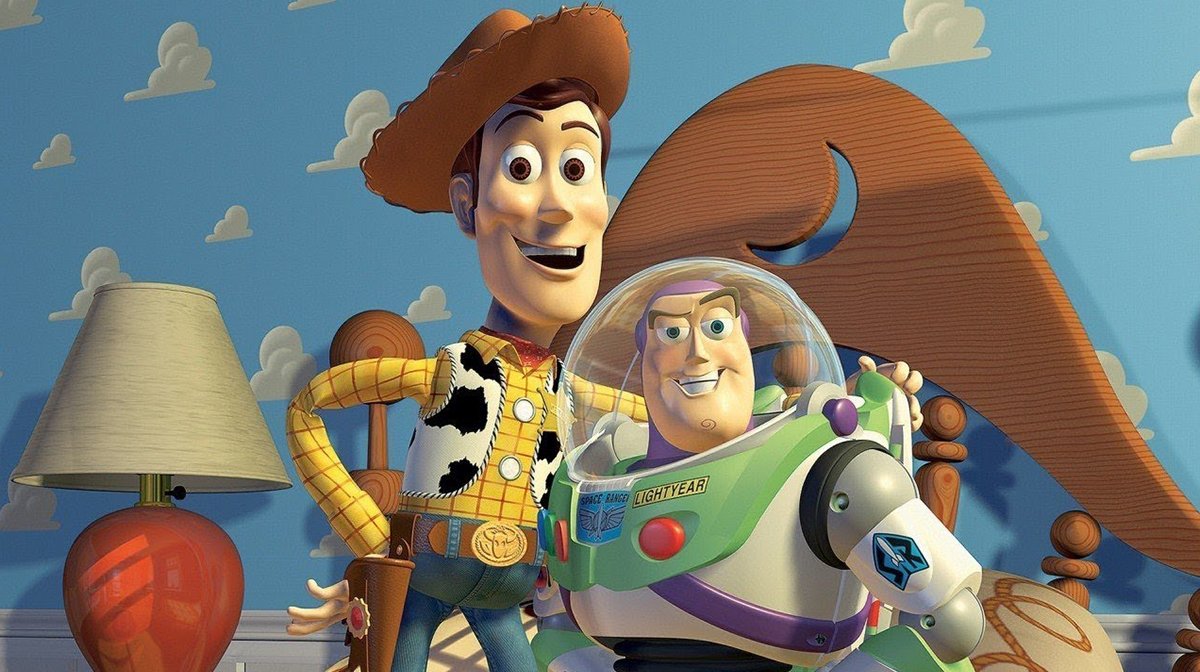 Within Hollywood, animated movies used to be seen as simply cartoons for kids, but films including Spider-Man: Into The Spider-Verse, Your Name, The Wind Rises, The Breadwinner, Anomalisa and countless others not only showed what the format can achieve, but also significantly improved its standing in the industry.

And of course recent Pixar films have played a huge role in this too, with the likes of Up, Coco, Inside Out and Wall-E not only being box office hits, but big winners at the Academy Awards.

This journey though started with 1995’s Toy Story, which 25 years on remains Pixar’s greatest achievement to date, introducing the world to a new era of animation, changing the history of cinema forever. 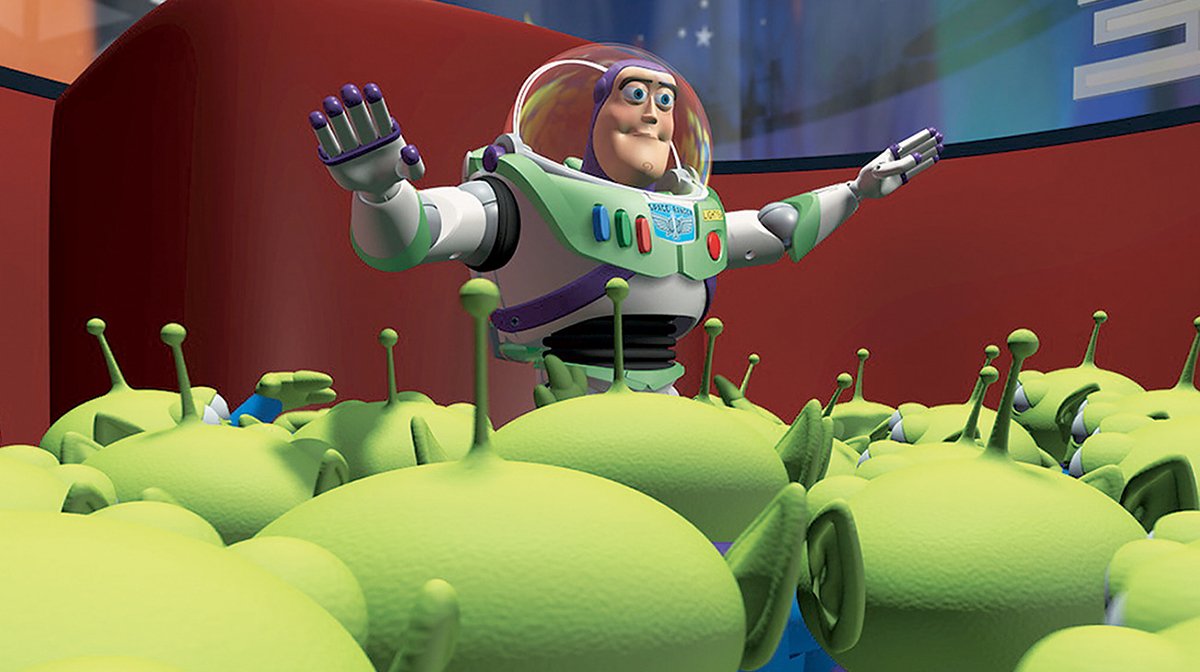 Prior to the release of Toy Story, hand-drawn 2D animation was the standard within the industry, with Pixar not even being a small fish in a big pond.

Starting out life as a division known as the Graphics Group within Lucasfilm, they became an independent company in 1986 producing computer-animated short films such as Luxo Jr., Red’s Dream and Tin Toy, with the latter catching the eye of none other than The Walt Disney Company.

Disney then commissioned Pixar to produce a fully computer-animated feature film from a toy’s perspective, inspired by Tin Toy, and whilst it took a while to reach a final script with several early story treatments and reels being rejected, eventually Toy Story was born. 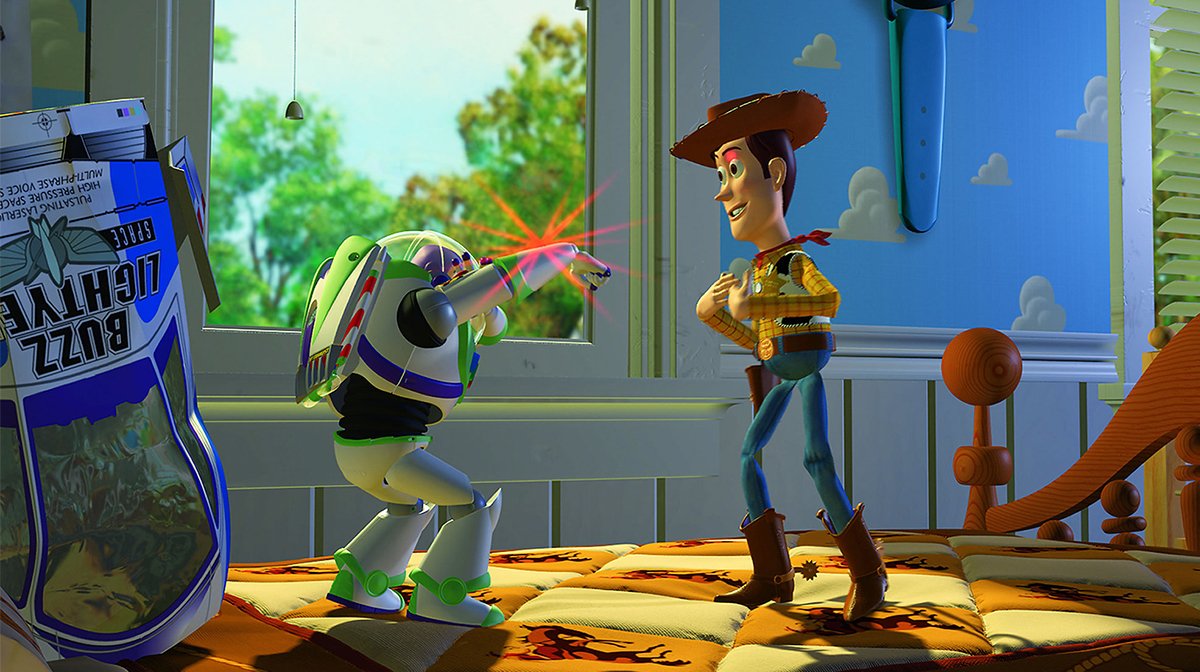 The first ever computer-animated feature film, as well as Pixar’s feature-length debut, everyone at the studio and Disney waited with baited breath to see how audiences would react to this new adventure and completely different looking movie.

Of course, with the rest being history, we know exactly how successful Toy Story was both critically and commercially, but crucially it also laid the foundations that both Pixar and the animation film industry in general would then build on.

And here we aren’t just talking about the groundbreaking technology, but the way Pixar approached storytelling and emotion with their beloved 1995 classic. 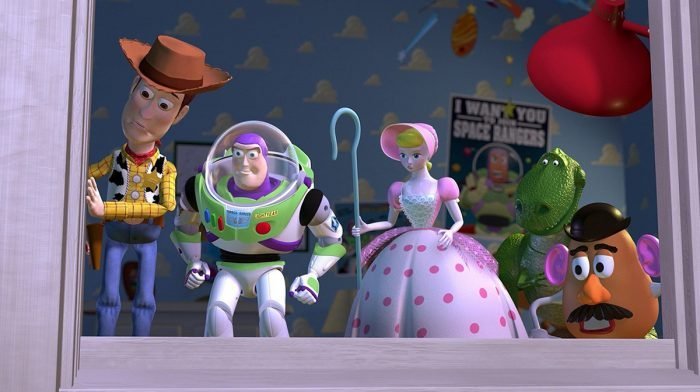 The first major impact Toy Story did have though was it showed that not only can you actually make a fully computer-animated feature-length film, but that it can be full of heart and be commercially successful too, grossing over $373 million worldwide at the box office.

Considering the film was only made with a modest $30 million budget, with a small team of 27 animators working on the movie, its success is even more impressive.

This team were learning on the job too as whilst they were experienced with commercials and short films, no one had ever made a computer-animated feature before, which of course required new hardware and software to be produced as they went along.

With Toy Story Pixar not only invented a new type of movie, but they also turned the filmmaking process on its head, showing how you can navigate making computer-animated movies both with style and efficiency. 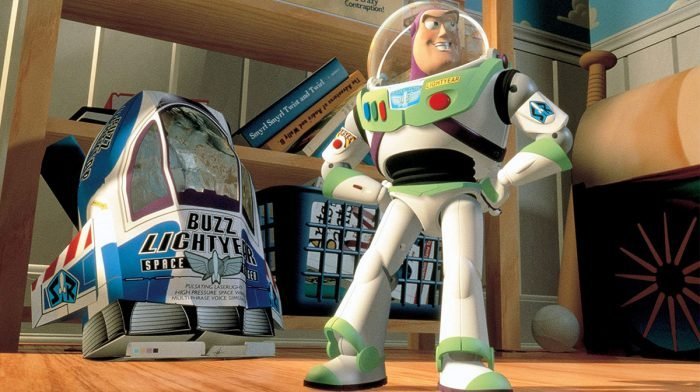 Computer scientists at Pixar built software so that the animators could get to work, designing programmes such as RenderMan which is still used by the studio today to render their 3D-animated movies.

They also maximised storage on their computers, with characters, sets and scenes being stored on devices so that the animators wouldn’t have to draw each cell every single time (think of a cell as a single outline).

These characters etc could be reproduced and adapted then as many times as Pixar wanted not only for the original film, but for anything else which required the assets too from advertisements to merchandise.

All of which of course made Pixar more efficient, cutting down the amount of labour required, speeding up the process and helping save some money too. 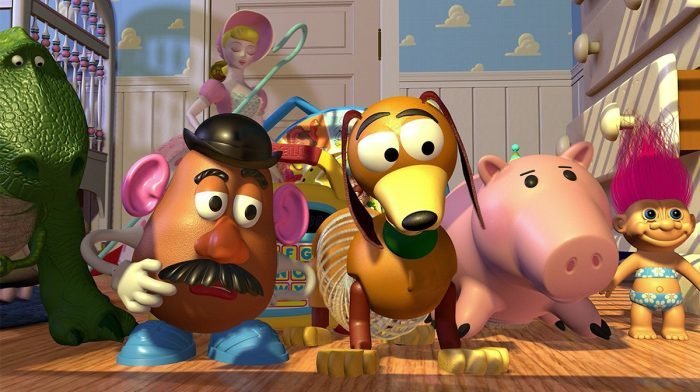 These achievements were recognised by The Academy at the 1996 Oscars where the film earned three nominations, becoming the first animated movie to receive a nod in the Best Original Screenplay category.

At the same ceremony, Toy Story’s co-writer and director John Lasseter received a Special Achievement award for “the development and inspired application of techniques that have made possible the first feature-length computer-animated film”.

Although it would be a while until a computer-animated film would be nominated for Best Picture (with Pixar’s Up achieving this in 2010), there is no doubt Toy Story paved the way to this.

Indeed the third instalment in the Toy Story series went on to be nominated for Best Picture in 2011, following on from Up. 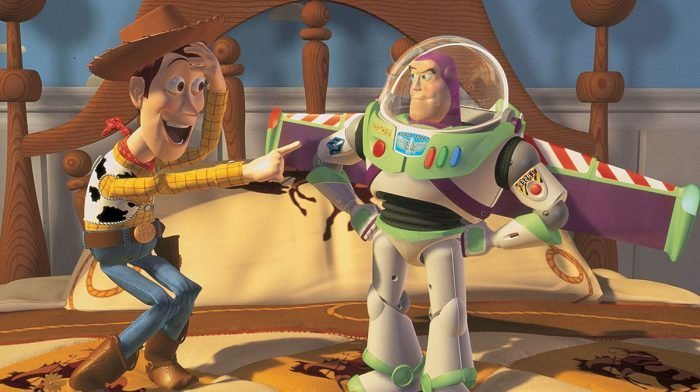 It was to no surprise then that following Toy Story studios started churning computer-animated movies out, using similar technology to what Pixar invented whilst making the 1995 film, hoping to achieve the same success.

For example, DreamWorks quickly got to work making their first computer-animated movie Antz, before working on the likes of Shrek and Madagascar, both of which like Toy Story spawned big franchises.

Whilst films such as Shrek were fantastic, none of these other computer-animated movies had the same magic as the ones Pixar went on to produce, and the case is still very much the same today. 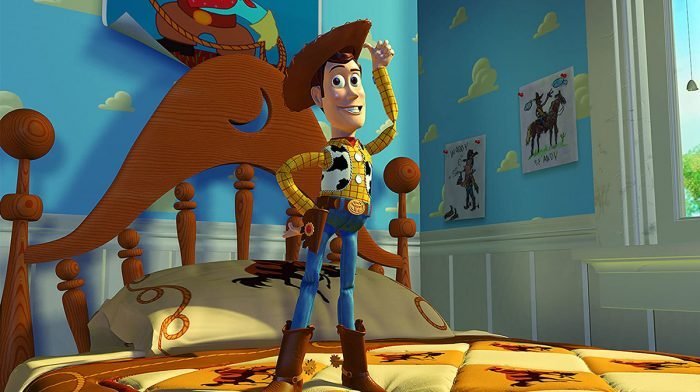 Toy Story didn’t just lay the groundwork when it came to the technology, but it introduced Pixar’s philosophy of tackling big ideas, mature themes and complex emotions within the framework of an animated movie.

Whilst it is great fun for kids, the 1995 film was also aimed at adults, featuring some pretty cheeky jokes (Bo Peep flirtingly tells Woody she will get someone to “watch the sheep tonight”), as well as more mature themes older audiences can dive into.

For example, at its core Toy Story is a film about identity crisis, also tackling topics including male ego and anxiety. 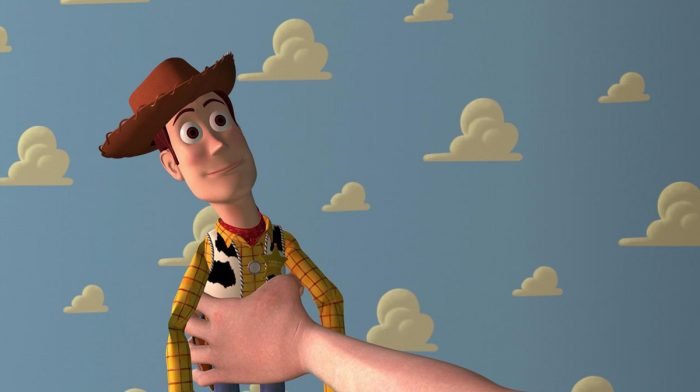 Both of the main characters are struggling with their identities. Buzz Lightyear has to come to terms with the fact he is a toy not a space ranger, whilst Woody feels threatened by the new introduction as he believes this will cause him to lose relevance, believing the crux of this is being Andy’s favourite toy.

During the film both must learn to not only live with each other, but overcome their anxieties to be happy with who they are.

And of course the villain of the piece, Andy’s neighbour Sid, is just as terrifying for the adults as he is for the children, with his twisted passion for taking toys apart, creating hybrids that will haunt anyone’s nightmares. 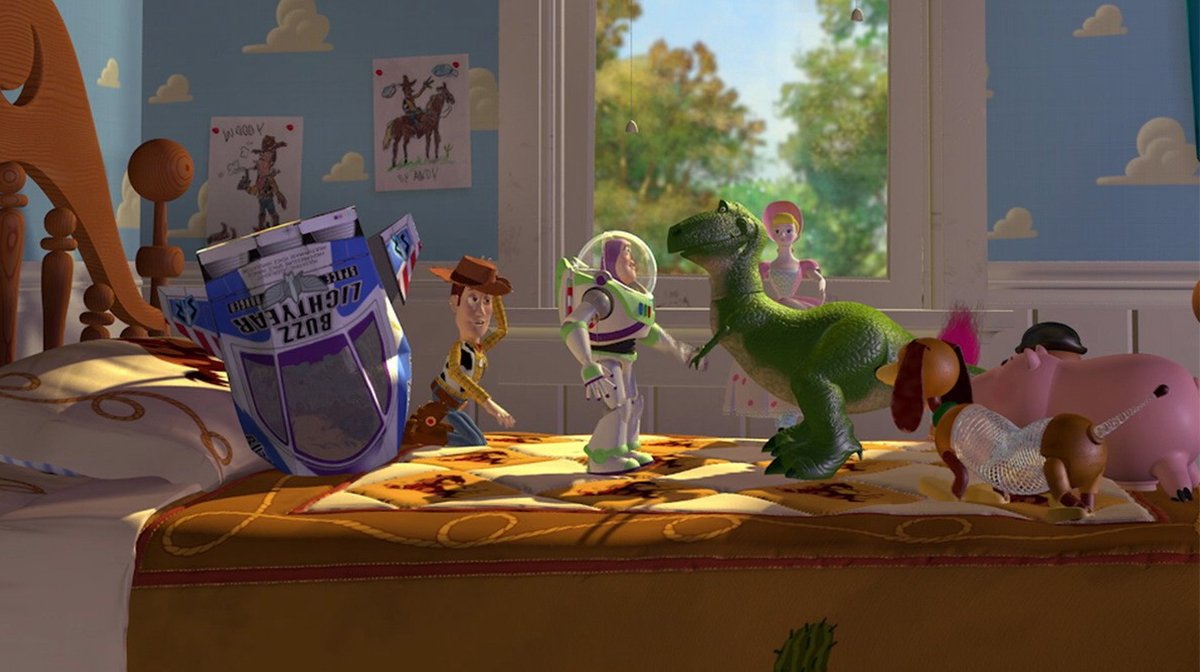 Toy Story really did have it all, being a remarkable technological achievement with an emotional, mature and also highly entertaining story to match. Cinema hadn’t seen anything like it before.

So it really is no wonder Pixar has become the powerhouse it is today, and whilst some of their later works may be better films than Toy Story (sequel Toy Story 2 and the wonderful Wall-E are some of my personal favourites), there is no doubting the 1995 masterpiece is their greatest achievement to date.

Even today there is nothing quite like a Pixar movie, the cinematic equivalent of a warm hug, with Pixar lovingly sticking to the philosophy they established with that very first feature.