Ever since Wonder Woman made a splash in 2017, all eyes have been on director Patty Jenkins and her team to see what they would do with the highly anticipated sequel.

Repeatedly delayed from earlier this year thanks to the pandemic, Wonder Woman 1984 has finally arrived!

It’s strange in a way because whilst the film was intended to be released this summer, it’s actually the movie we need right now. 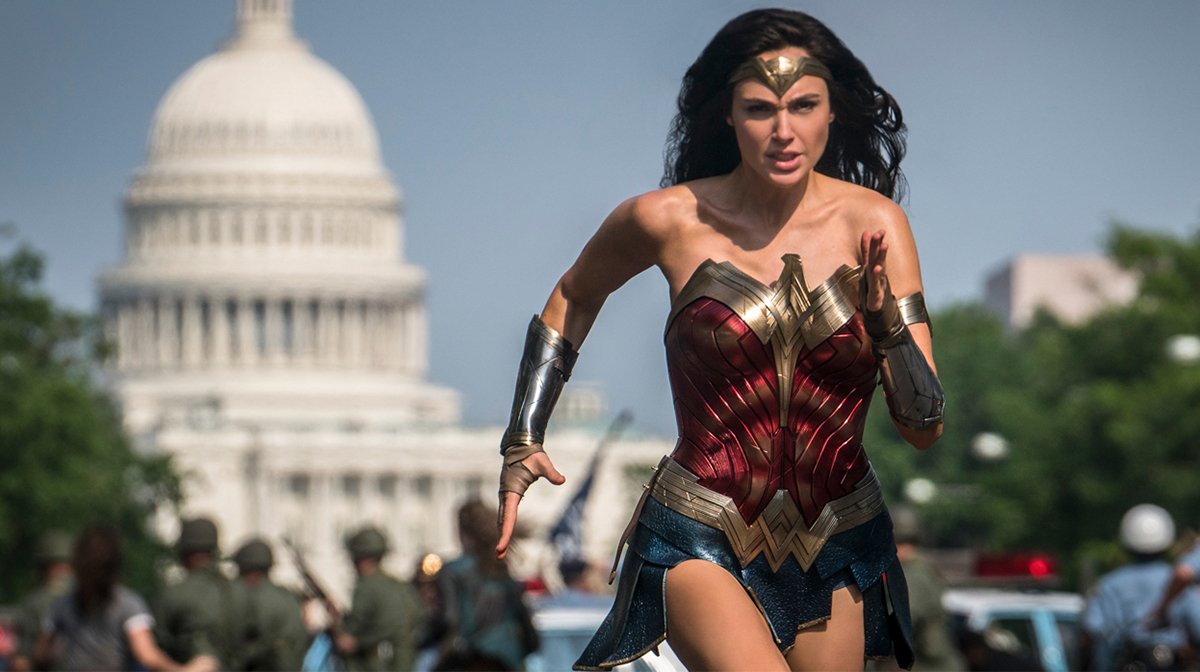 We all know that 2020 has been tough (gestures ferociously at the world) which makes the message at the centre of Wonder Woman 1984 even more impacting and resonant.

That’s because it is one of hope, something many of us have been needing and will welcome with open arms.

Whilst the first film had an earnest nature, director Jenkins increases this tenfold with the sequel, crafting a movie that is sincere, uncynical and so full of heart.

We see Diana Prince fight her biggest battle yet, and this isn’t about powerful bad guys, but instead emotional pain. She has to face the consequences of her actions, learn to make sacrifices and look at her morals, as the film exposes her vulnerabilities.

Diana is bruised and beaten, physically as well as emotionally. We see her bleeding, unguarded and raw – all of which makes the character feel more human.

She sees, understands and shares our pain. She cries tears with us through it.

This struggle not only makes her stronger, but it also leads to a triumphant climax which sees Diana realise she can’t save the world by herself. She has to place her faith in humanity and have hope, a comforting and affecting message for the film to conclude on. 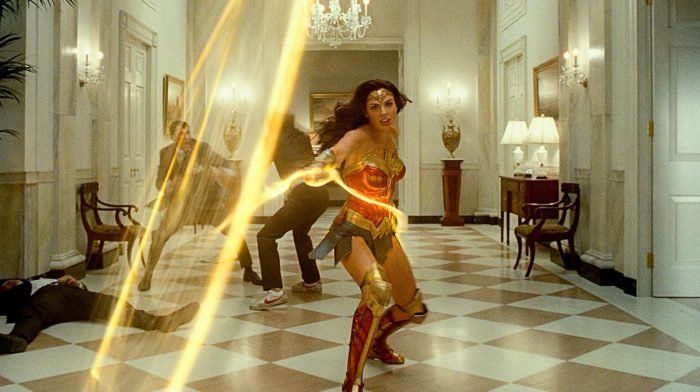 Whilst the film is thematically strong and consistent, admittedly narratively it is rather messy and sometimes convoluted, especially during the conclusion.

The pacing at times is off and the lengthy two and a half hours runtime is felt. There are scenes which could have either been trimmed or just left on the cutting room floor altogether.

Also with the movie featuring two major villains, it struggles to know how to balance them, or which one to focus on, with the result being somewhat all over the place.

Maybe it would have been better to have Maxwell Lord be the villain of this piece, building to a third film which sees Wonder Woman fight her nemesis the Cheetah. 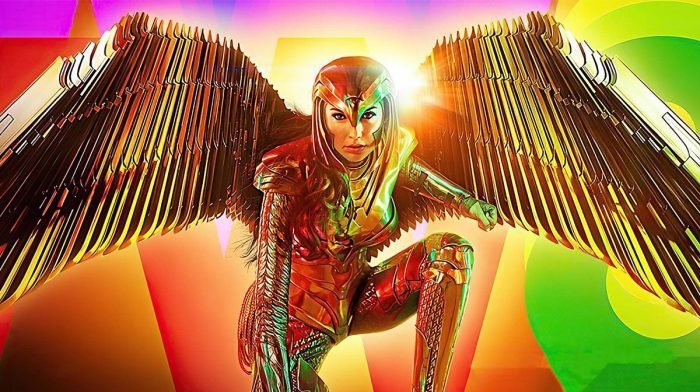 Talking of the villains, both Pedro Pascal’s Max Lord and Kristen Wiig’s Barbara (a.k.a. Cheetah) are highlights of the film.

Pascal is having the time of his life as the sensationally sleazy outrageous conman Lord, completely hamming it up with extravagant flair. As soon as his character comes swaggering in, all eyes are on him.

Crucially though Pascal also ensures Lord is a fully developed character, letting his guard down to allow us to properly engage with him. He may be a megalomaniac, but importantly he’s also a broken man. 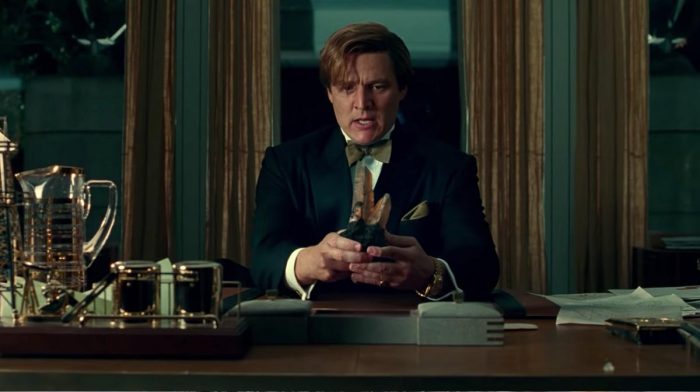 And the same can be said with Wiig’s Barbara as we see both her vulnerabilities and also the mean streak that has been growing within her out of frustration.

We are let into Barbara’s mindset so we understand her motivations – she is sick of continually being harassed by drunk men, and she’s tired of being ignored by the world.

Wiig ensures you feel affection for the character, which makes her nasty turn even more heartbreaking for both Wonder Woman and the audience.

As Diana utters with sorrow: “Barbara, what did you do?” 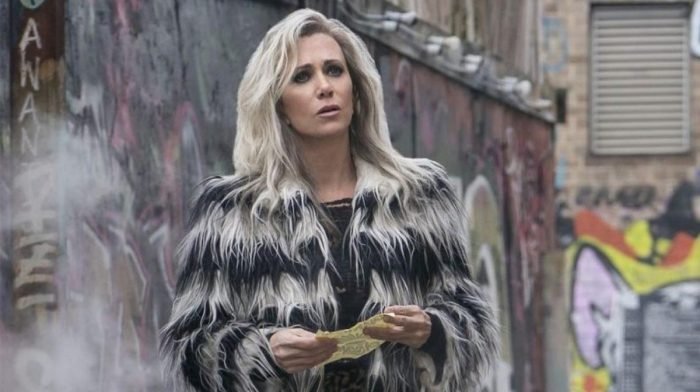 Although Pascal and Wiig arguably steal the show with their terrific performances, both Gal Gadot as Diana and Chris Pine as Steve are wonderful.

Gadot has never been better and it is clear how much she has grown in the role perfectly portraying everything we love about Diana – her strength, her beauty, her emotion, her naivety and her flaws.

Pine meanwhile is so charming as Steve, also relishing in the chance to act like a bewildered and excited puppy as he is thrust into a whole new world, gazing at it in wonder, providing plenty of humorous moments.

They have such electrifying chemistry the movie lights up when they are on screen together, with Diana and Steve’s relationship being something quite special. 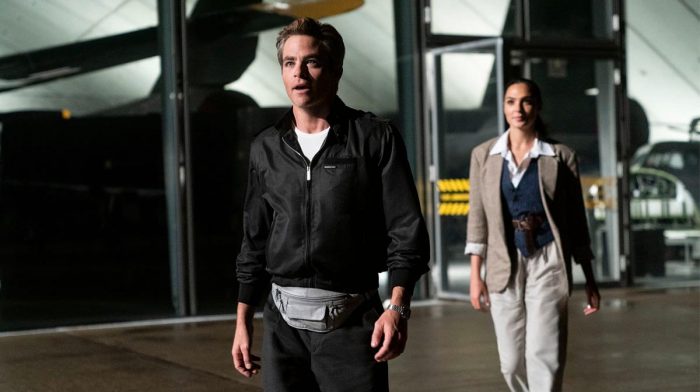 The energy pulsing from the screen during the movie is almost addictive, as Wonder Woman 1984 is just such a blast!

There’s plenty of excitement and action, particularly in a spectacular opening scene which will have you out of your seat cheering.

Hans Zimmer’s grand and thundering score also helps build the exhilaration, whilst suitably quietening down for the emotional parts making these scenes even more devastating to watch.

If you are able to, go see it on the big screen (ideally IMAX) as it is made for this experience, embracing the bright colours of the ‘80s era as well as the soaring energy of Wonder Woman’s movements during the action set pieces. It’s beautifully shot. 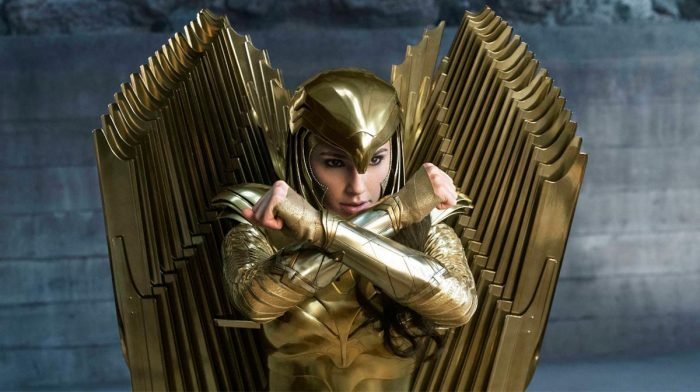 Yes, the narrative is at times messy, but there is so much to love about Wonder Woman 1984, which isn’t a surprise really considering how much heart director Jenkins, actor Gadot and the rest of the team pour into it.

The best DCEU movie to date, this heartfelt and entertaining adventure has everything you could want from it, with its message also being comforting during this troubled year.

Importantly though this isn’t just a film for today’s world, but one that will stay with you for a long time.