It’s time to take a look back at those marvellous Marvel mutants as the X-Men movie franchise is officially turning 20.

It’s hard to believe it’s been two decades since Patrick Stewart wheeled into our lives as Charles Xavier, a much younger Hugh Jackman popped on a pair of claws, and Halle Berry delivered some of the most iconic superhero movie dialogue of all time.

If you’re a true X-Men fan, “do you know what happens to a toad when it’s struck by lightning?” is probably still ringing in your ears. 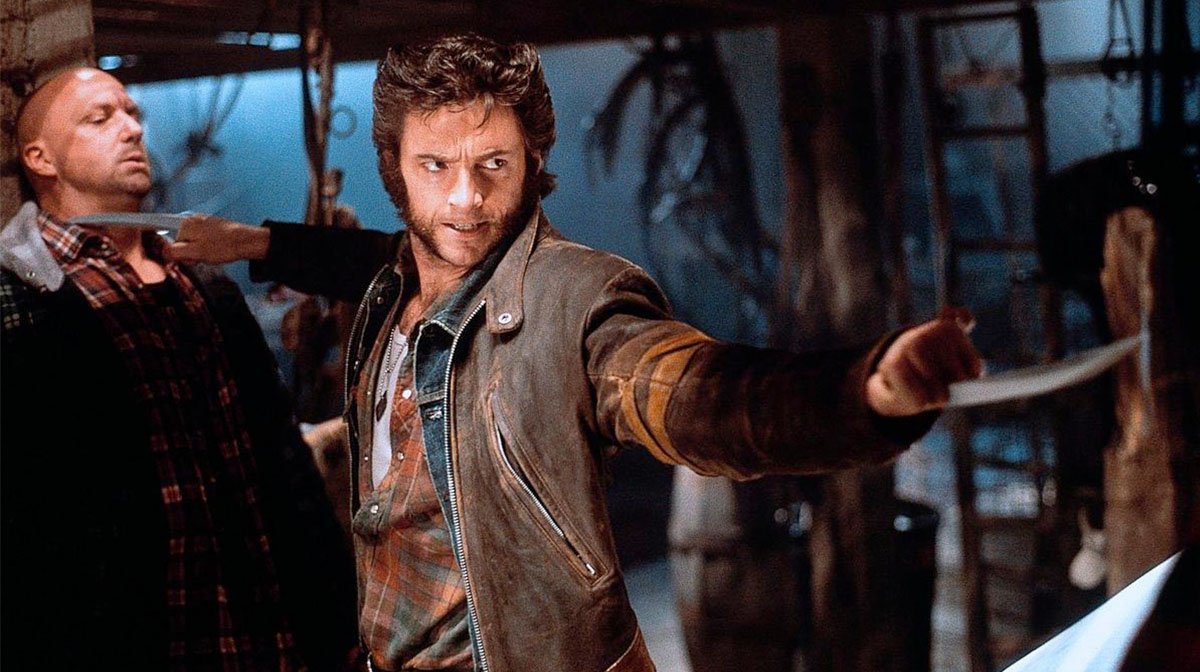 I still remember picking up that first VHS copy of X-Men and seeing the Hollywood megastars in all their live-action glory.

Despite having grown up with the spandex-clad team from X-Men: The Animated Series, this was clearly going to be a darker and more realistic take on the comic book stories.

From the heartbreaking Auschwitz opening, to that Liberty Island face-off, the 2000 movie was a wild ride without a classic X-Men costume in sight. 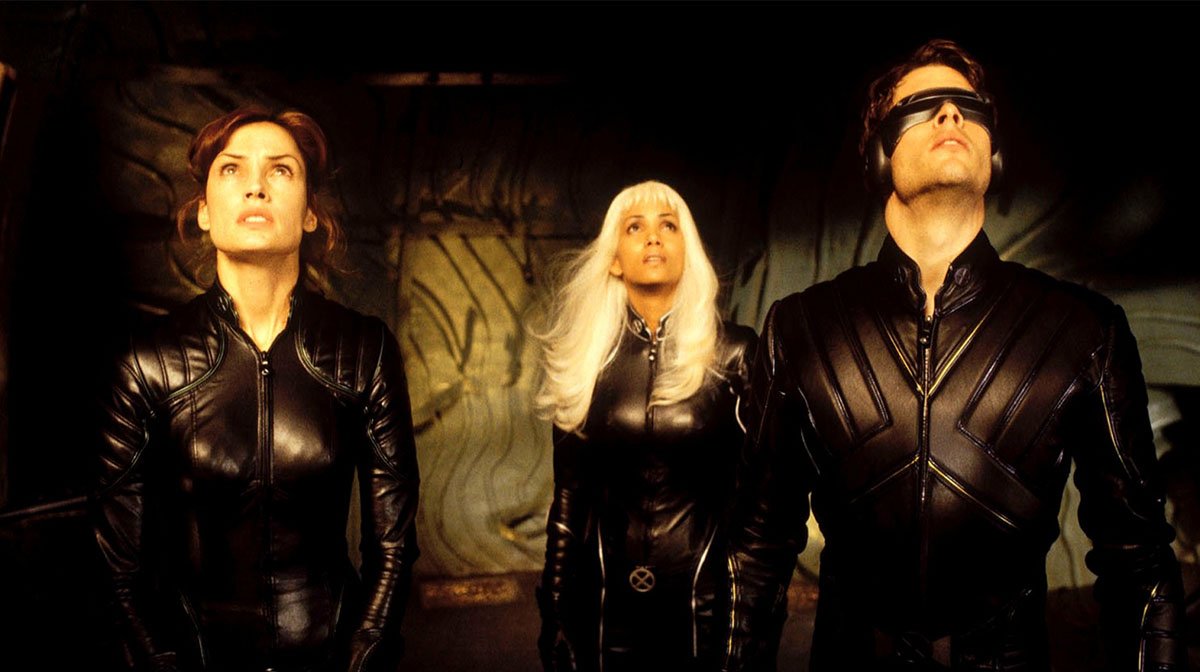 It’s still easy to trace back superhero ensembles like The Avengers movies to the humble roots of X-Men. Just like the Marvel Cinematic Universe (MCU) juggles the arcs of Avengers, Guardians Of The Galaxy, and all the rest, X-Men was doing this 20 years ago.

As well as storylines about the Mutant Registration Act, there was Anna Paquin’s Rogue coming to terms with her powers, the Wolverine/Jean/Cyclops love triangle, and the complicated war between Xavier’s gifted youngsters and Magneto’s Brotherhood of Mutants.

At its core, X-Men adapted the central message of the Marvel Comics, with mutants finding a place where they belong in a world filled with hatred. 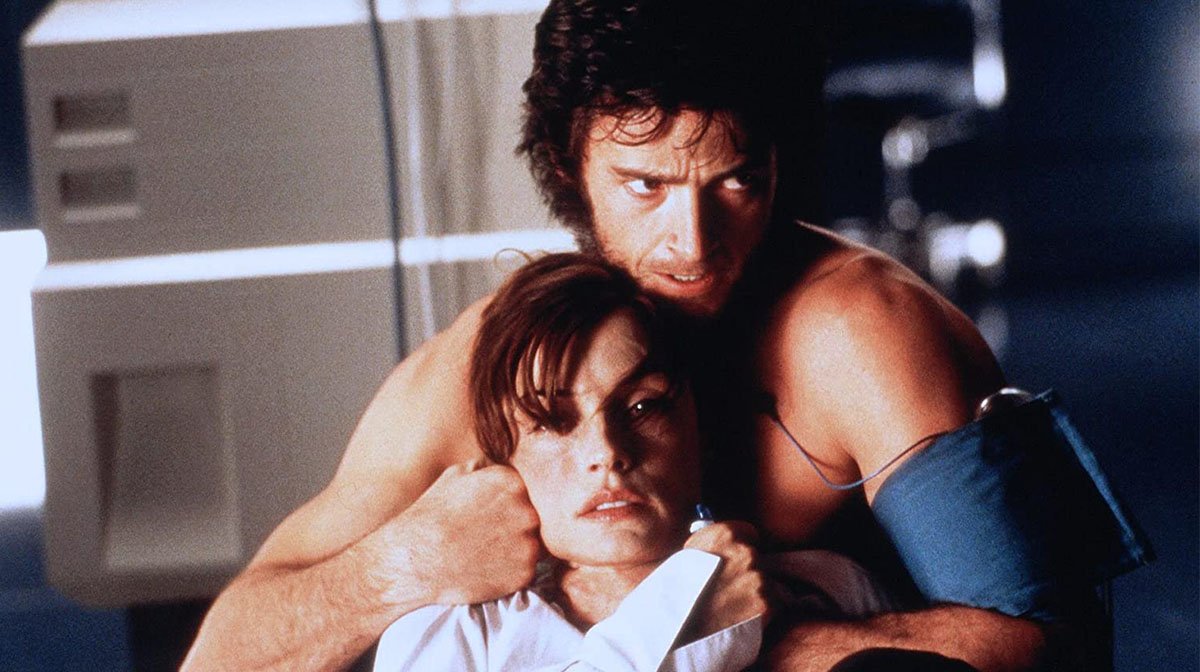 Development of a live-action X-Men movie came an age before 2000’s A-list ensemble. Although a screenplay was first written back in 1984, various studios never quite got things off the ground.

Early ideas were thrown around for a Magneto backstory that had him as the cause of the Chernobyl disaster, a romance between Wolverine and Storm, and the appearance of the X-Copter instead of the usual Blackbird X-Jet.

Then Buffy The Vampire Slayer’s Joss Whedon turned in a rewritten script that included the Brotherhood of Mutants taking over Manhattan – ironically, Sarah Michelle Gellar was linked to play Rogue.

But Whedon’s rewrites were thrown out for their “quick-witted pop culture-referencing tone”, meaning just two lines of dialogue remain in the final cut of X-Men. 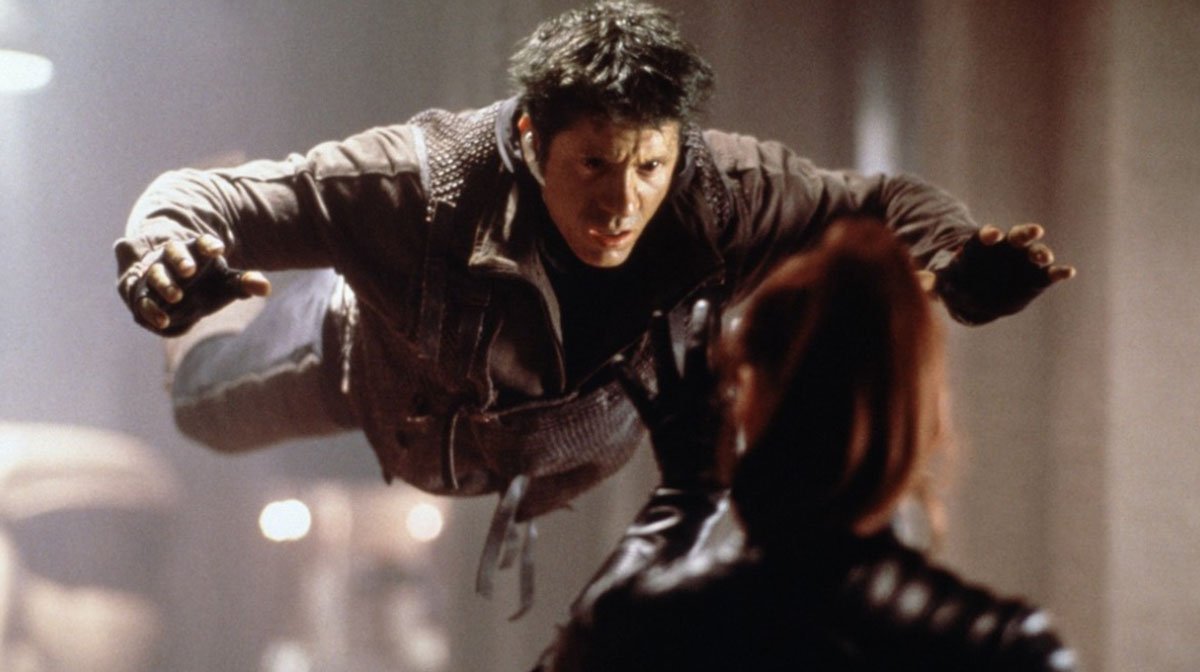 Lobbying for a part in X-Men came from some weird and wonderful places. Speaking to The Hollywood Reporter, writer David Hayter confirmed the long-running rumours Michael Jackson wanted to take the role of Charles Xavier.

Problems with Mission: Impossible 2 meant Scott had to step away, and Jackman was cast three weeks into filming. These days, it’s hard to imagine anyone other than Jackman playing the clawed Canadian. Would the gritty and noir Logan have worked the same with Scott as its lead? 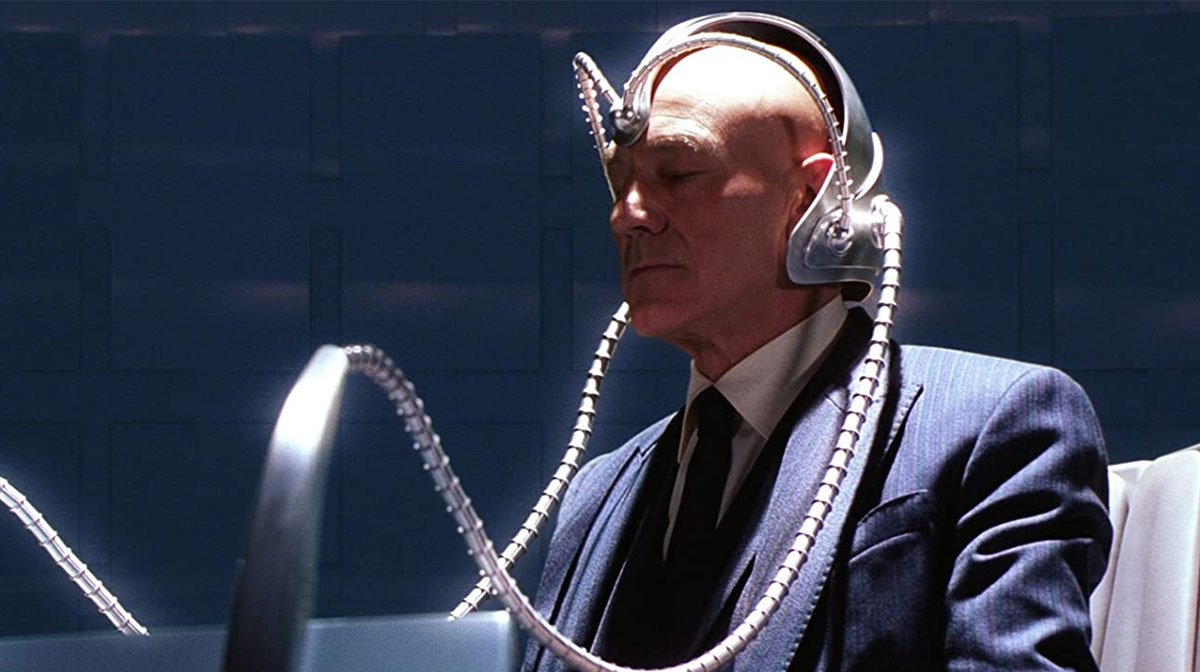 Alongside the Shakespearean might of Stewart and Ian McKellen, there was James Marsden’s stoic leadership as Cyclops, and Famke Janssen was a sultry Jean Grey that teased her eventual fate in 2006’s X-Men: The Last Stand.

Another star who can’t go without a mention is Rebecca Romijn’s turn as Mystique. Long before Jennifer Lawrence was slapping on the prosthetics, Romijn nailed the “mystique” of Mystique. 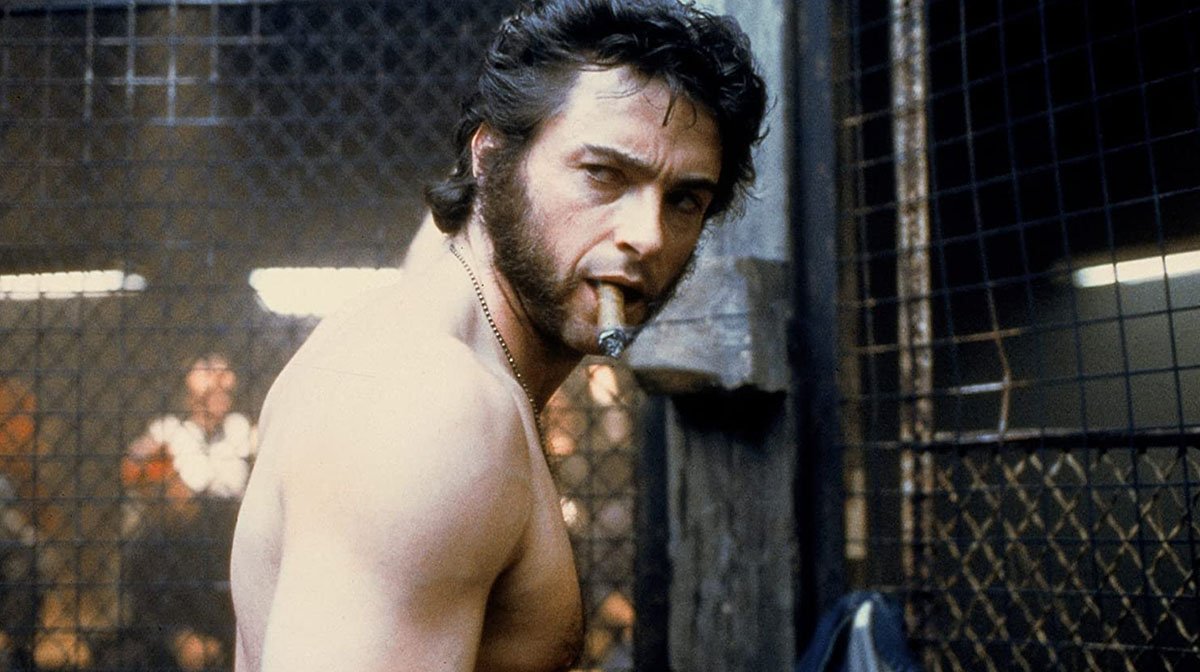 Sure, some of the dialogue was clunky, but the battle sequences and choreography (especially in the final act) were peak ’00s action.

Few movies boast a dramatic showdown on the Statue of Liberty. You could easily argue that only Ghostbusters has a more impressive use of it.

Of course, not everything was perfect when it comes to X-Men. As well as some questionable CGI that hasn’t aged particularly well, there was Tyler Mane’s brooding Sabretooth who never really had his story fleshed out, Paquin’s schtick as the naive Rogue wore a little thin, and let’s not talk about Jackman’s hair.

Looking back though, X-Men is about as solid as a first franchise entry gets. Also, who didn’t want their very own Bond-inspired Magneto lair of villainy? 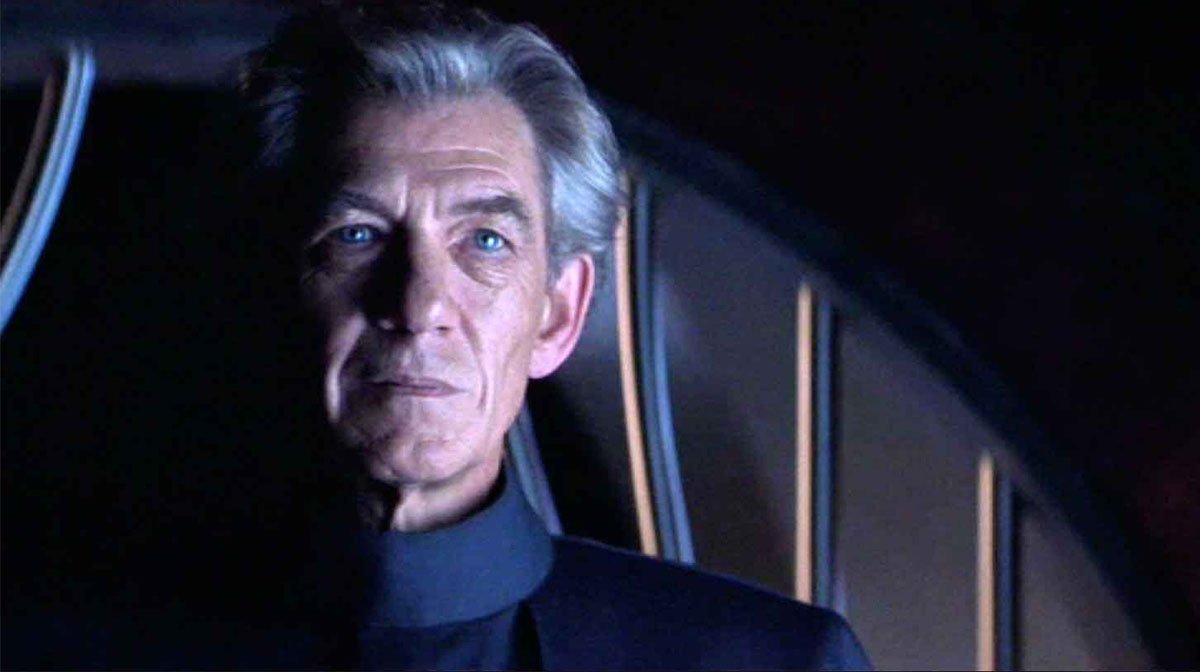 It’s important to remember that if it wasn’t for the success of X-Men, there wouldn’t have been the arguably superior X2.

Sadly, for every X-Men and X2, there’s The Last Stand, Apocalypse, and Dark Phoenix. But thankfully, the success of X-Men secured the cast a place at the centre of Fox’s mutant movies.

While Matthew Vaughn delivered a reboot with X-Men: First Class, the fan-favourite X-Men: Days Of Future Past brought back nearly the entire X-Men cast. Even these days, there are calls for the likes of Stewart and co. to reprise their role in the MCU.

So, why not go back to where it all started by coiffuring your best Wolverine hair, sticking some forks between your fingers, and chomping on a chocolate cigar while rewatching X-Men? What are you waiting for, bub?