It’s the hardest moment in the lifespan of any band: recording that difficult second album.

After the success of their debut album, a surprise UK top ten hit, Fisherman’s Friends were unsure with how to cope with their newfound success.

For writer/director duo Meg Leonard and Nick Moorcroft, there was a similar struggle – taking on directorial duties after scripting the first film in 2019, they were also left wondering whether lightning could possibly strike twice.

“The second album syndrome is real”, Moorcroft told Zavvi. “Following up anything that’s had any level of success is intimidating, especially when the hook isn’t quite as immediate as the first.

“But we quickly realised, if the first film was about their rise, this is about everything going wrong. Also, seeing these men singing sea shanties open for Beyoncé at Glastonbury, well, that’s an even better story than getting a million-pound record deal.”

“We actually went to Glastonbury with them in 2011”, Leonard added, “and the thrill of seeing them play that stage was worthy of dramatising.” 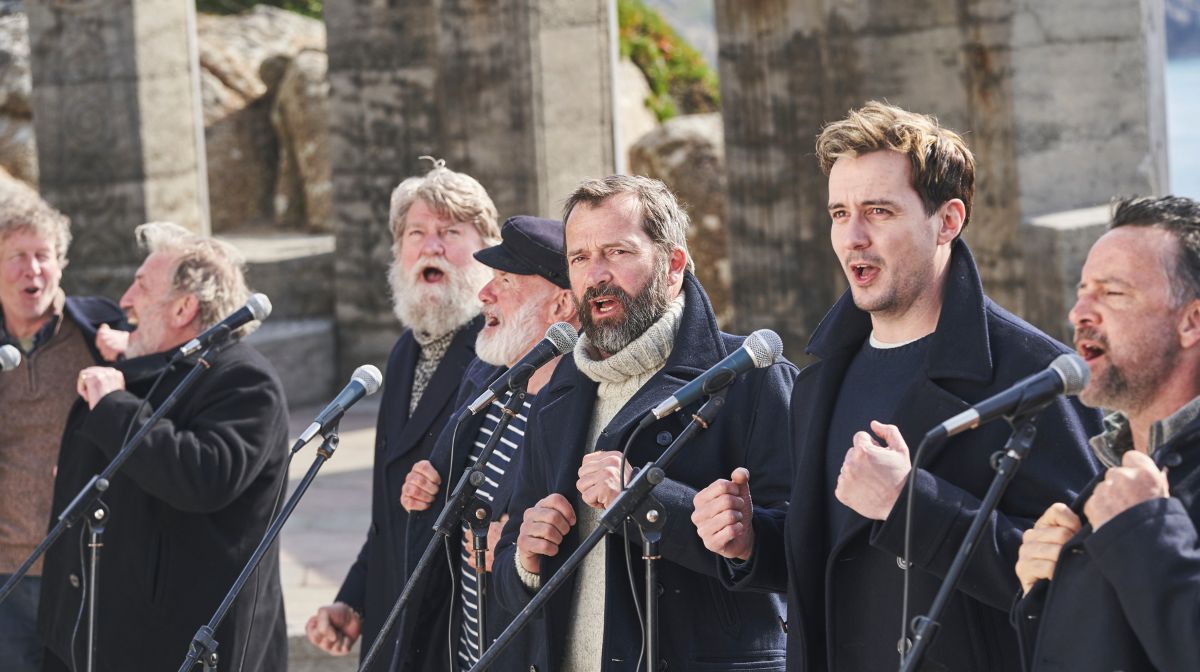 “But we never wanted to make this a classic rock and roll story – they’re ordinary people and we want to navigate how they would deal with this success.

“It’s more of a fish out of water story, or a fishermen out of water story, than it is a classic rock biopic: there are definitely more HR departments managing talent now, it’s not like when you read an autobiography of a rock icon and see how completely out of control they were!”

For the latest edition of our free digital magazine The Lowdown, we dived deep into the comedy sequel with the writer/director duo, also discussing why we need sea shanties more than ever.

Fisherman’s Friends: One And All is released in UK cinemas on 19th August.