It’s taken a long time for Clint Barton to enter the spotlight but finally, his moment has arrived.

The hero takes centre stage in the latest MCU TV show, Hawkeye, which debuts this week on streaming service Disney+ – just in time for the festive season.

The story picks up with the archer in a frosty New York, where he is attempting to spend time with his family for the “best Barton Christmas ever”. However, the city has other plans and Clint’s past soon starts to haunt him. 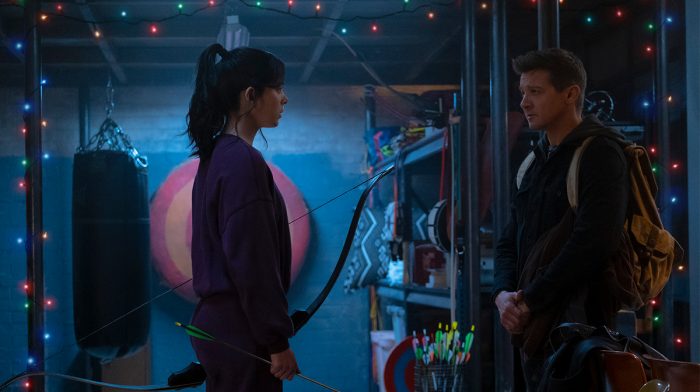 From the outset it’s clear that Hawkeye is unlike any of the other MCU shows we have had so far, with a more grounded feel and much lower stakes. But don’t worry, this doesn’t make the show any less exciting!

For executive producer Trinh Tran, this tone suits Hawkeye’s character, although she admits it took time for Marvel Studios to figure this out, hence why Clint is only now getting his own spin-off.

Speaking to us over Zoom, she explained: “We were trying to figure out how to make this one, and how to ensure it’s something different. We usually have these world-ending big stakes, but with this show it’s more personal, more heartfelt, and Clint seemed the most fitting for this type of story. He has a lot of emotional issues he’s dealing with, especially following Endgame.” 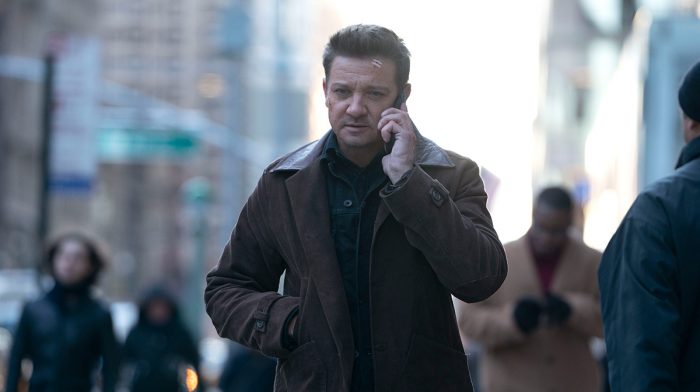 Taking place after that climatic movie, Hawkeye sees Clint coming to terms with the death of his friend Natasha, whilst also addressing the consequences of his stint as Ronin.

These more serious themes are neatly blended with the lighter, funnier tone that comes from the critically acclaimed comic book series written by Matt Fraction, which Hawkeye is heavily inspired by. It was this inspiration that drew in director Rhys Thomas, who helms the opening two episodes and the finale, and is also on board as executive producer.

Thomas says he feels the most connected to Clint, the everyman who is a superhero but without the superpowers, as he revealed to us: “I was invited to a meeting at Marvel where they wanted to know if there’s a character I’m particularly drawn to – I think I correctly answered Hawkeye.

“The appeal is that he’s a human character with physical and psychological vulnerabilities. And to take that as a jumping off point felt very exciting.” 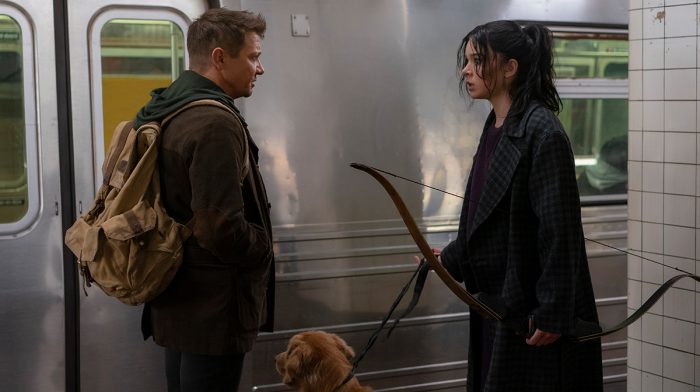 Adapting the Fraction run of comics meant that a new hero would be added to the MCU: skilled archer and Hawkeye’s biggest fan, Kate Bishop.

The young hero is another reason why Clint has now been thrust into the limelight, with Marvel seeing this as the best way to introduce the character.

And as Tran revealed, it was on the set of another MCU project where she realised this universe needed Kate: “Whilst shooting Avengers: Endgame, me and Kevin [Feige, head of Marvel Studios] were already talking about our next projects.

“On the day we were filming the women of Marvel moment, we realised Kate was missing from the line-up, so we went into the trailer and spoke about it. That was where it started.” 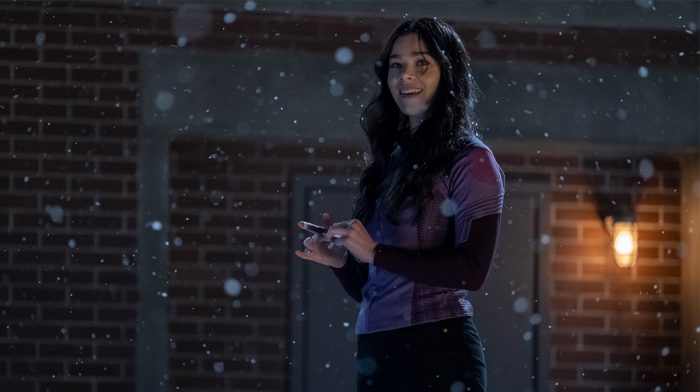 With the show due to see Clint pass on the Hawkeye mantle to Kate, she is key to unlocking the future of the MCU. It was crucial then that they nailed the casting, with Hailee Steinfeld (Bumblebee, Dickinson) securing the part.

For Tran, it was clear from her first meeting with the actress that she was their Kate: “When we start talking about who will be a great fit for these characters, we just throw out names and for Kate, Hailee was one of them.

“But ultimately when she came into that meeting, and Kevin and I sat down with her to have a chat about how great this character is, she just embodied it.

“We saw Kate come through from just that conversation we had with her, and at that moment Kevin said, ‘do you want to join the MCU’. We were just that confident.” 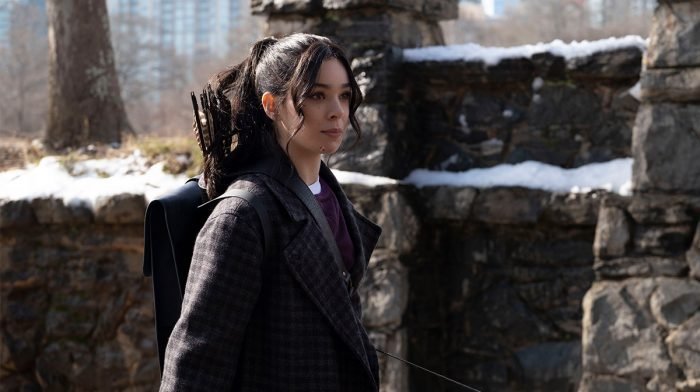 Kate is not an easy role though, despite how effortless Steinfeld’s brilliant performance makes it seem. Thomas explained:

“Kate is a difficult character in some ways. She’s naïve when you meet her, having this version of Hawkeye on a pedestal, believing she’s taught herself everything she thinks she needs to be that person, but not actually having an understanding of it.

“Part of the fun is matching that enthusiasm against Clint’s world weariness. It’s a difficult line to walk, but Hailee grounds that character.

“Also, I wanted to try blend the Fraction version of Kate who is quite mature, with the other iteration of Kate who is more enthusiastic and sassier. But it wasn’t until Hailee came in where it became clear we could do it, and we found Kate’s voice.” 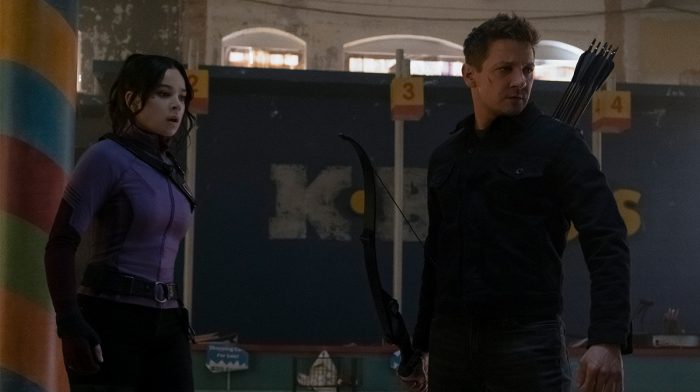 As Thomas teases there, the show thrives off the fun dynamic between Kate and Clint who are often playfully bickering. It feels natural, which didn’t surprise Tran who says Jeremy Renner and Steinfeld were like that on set too.

They took that chemistry to the screen, and the result feels rather special. Thomas adds though that it wasn’t just about the banter: “Jeremy took Hailee under his wing immediately as he understood what it meant to step into this world. He took care to help her with that, and that then translated into the relationship we see in the show.”

With Renner making his MCU debut in 2011’s Thor, he’s more than familiar with this universe. And the same can be said for his character of Clint – no one knows him better than Renner, who shared with Thomas his ideas for where Hawkeye could go. The director tells us it’s clear Renner has developed a deep connection with his character:

“What’s amazing is that when you speak to Jeremy about Clint, he really feels it when he’s talking about Natasha, or his family. It’s Jeremy speaking, not Clint. He brings this emotional depth. And some moments in the show, like the incident with the fan in the bathroom, come from Jeremy’s own experiences.” 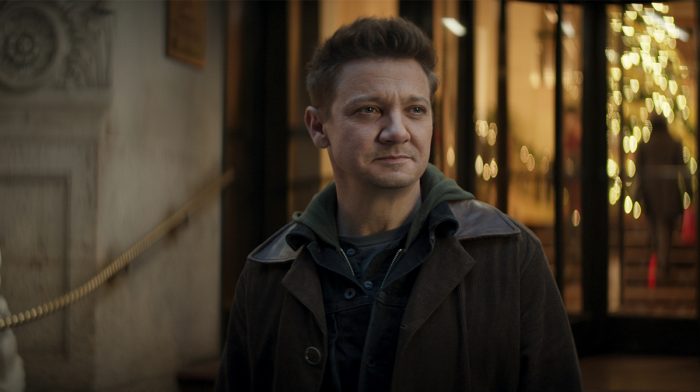 This is Clint like we have never seen him before, with the show exploring new aspects of the character. One of which is that he is p*ssed off – all Clint wants to do is enjoy a quiet Christmas with his family, but things just keep getting in the way.

Thomas admits it was fun thinking of ways to annoy Clint, with Broadway show Rogers: The Musical being the stand-out: “It came from a silly idea that I offhandedly mentioned to Kevin [Feige], which I immediately tried to backtrack on. But Kevin was really into it!

“Ultimately it came from my desire to figure out an annoying place to meet Clint, where would he be the most uncomfortable, and this made me laugh. So, we then had the reality of making it, with the challenge being trying to figure out how to make it not too good, but not too bad.”

We can promise you that they achieve just that, with the musical easily being an absolute scene-stealer. I’ll be singing I Can Do This All Day for the rest of the year now! 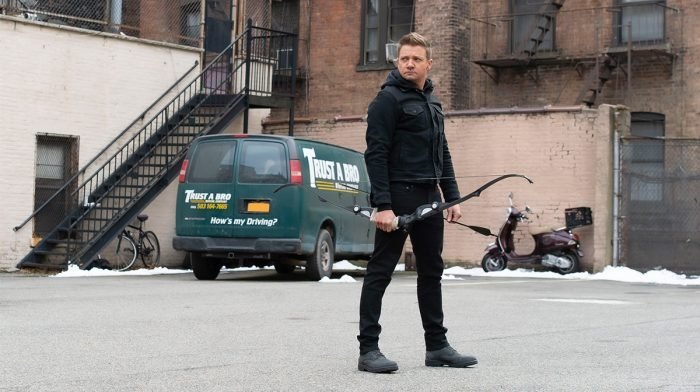 The two episodes that debut on Disney+ this week are just the start of this new adventure, with Thomas saying that the rest of the show features “plenty of fun” as well as “the usual Marvel surprises and other characters”.

Perhaps more excitingly though is that the addition of Kate might tell us where the future of the MCU is heading. In the comics Kate is a key member of superhero team The Young Avengers, as are several other characters who have recently made their MCU debuts, or will do in the near future.

This includes Ant-Man’s daughter Cassie Lang a.k.a. Stature (with Kathryn Newton taking over the role in the upcoming Ant-Man And The Wasp: Quantumania), Billy and Tommy Maximoff a.k.a. Wiccan and Speed (as introduced in WandaVision), America Chavez a.k.a. Miss America (making her debut in Doctor Strange In The Multiverse Of Madness), and many more. 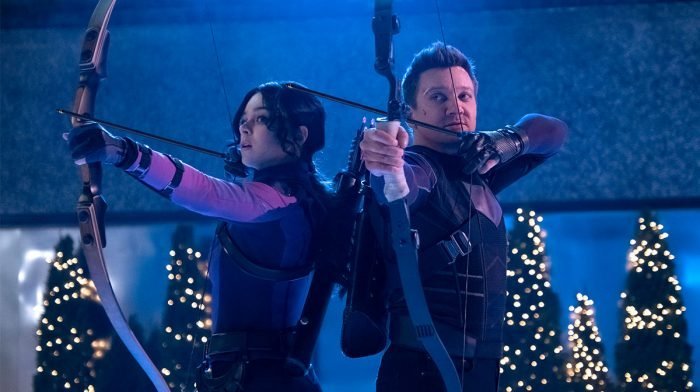 It seems that the superhero team will soon assemble in the MCU, which is something Tran couldn’t confirm or deny when we asked her. However, she did tease that it may be on the cards:

“I think it’d be amazing. I love these characters and if there’s room and an appetite for it, why not? Right now, we are focusing on each of the individual characters, and we want to make sure they are presented in the right way so audiences can grow with them. Then, we take it from there.”

Where “there” actually takes us, only time for tell. But for now Hawkeye is one not to miss!