Many of our favourite Christmas memories take place in front of the TV screen.

TV Christmas specials are as crucial to the season as a turkey dinner and a visit from Santa Claus. With dozens of seasonal specials hitting the airwaves every year, it’s time for us to look back at some of the best to have ever graced our screens.

Here are our picks for the top 10 best Christmas TV specials. 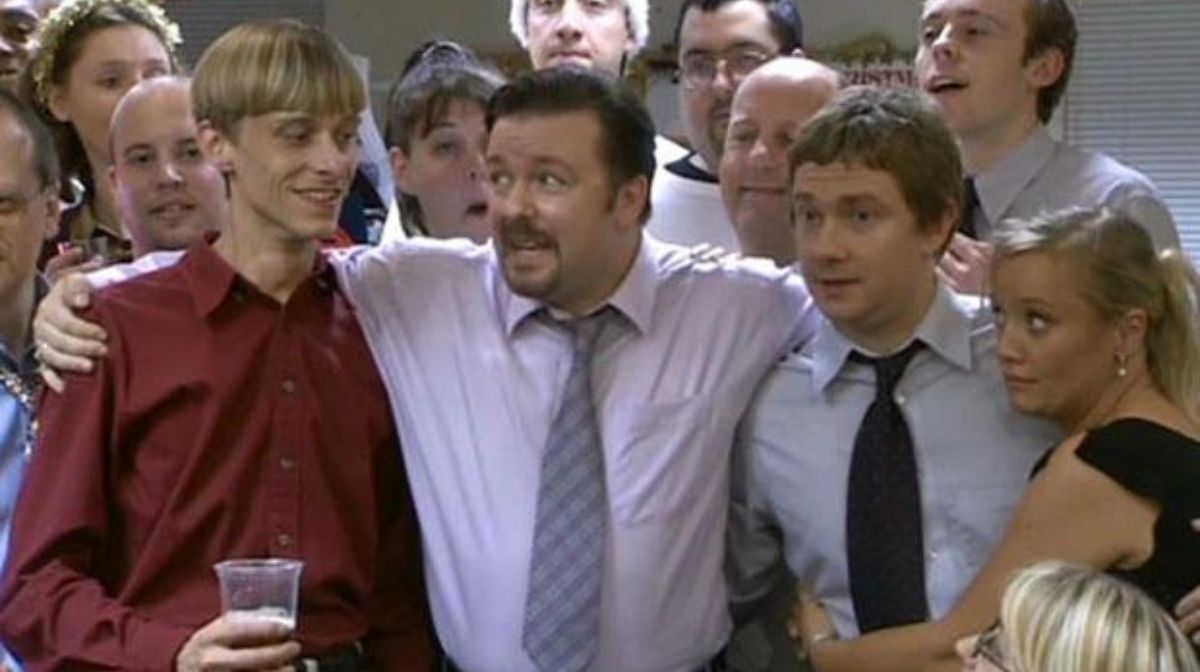 After the success of the second season of The Office, creators Ricky Gervais and Stephen Merchant announced that they wouldn’t be back with a third, instead wrapping the show up with a two-part Christmas special.

It was a fitting finale for the cringe inducing mockumentary, balancing the awkward comedy (David Brent’s continued attempts to maintain his minor celebrity status) with genuine heart, never becoming as overly sentimental as the diminishing returns in Gervais’ career since then. 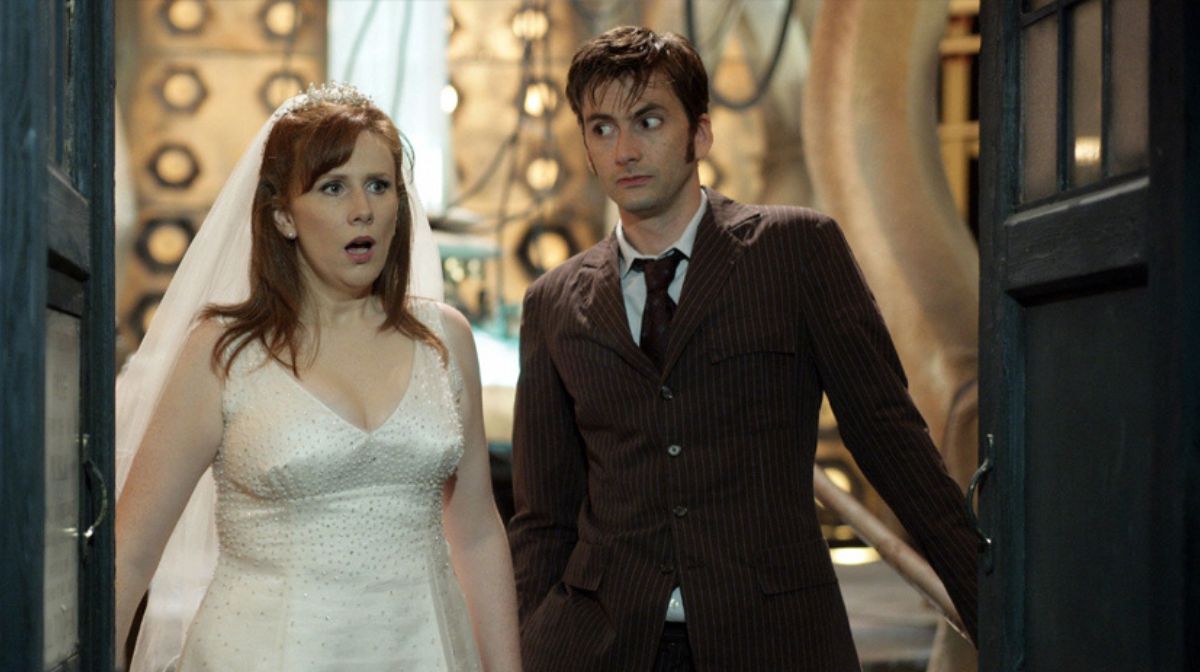 There are two types of Doctor Who Christmas specials. There are the ones which have to awkwardly wrap up one era of the show ahead of a regeneration while still being easy enough to follow for a casual Christmas Day audience, and then there are the sillier standalone adventures.

The Runaway Bride, the second festive special under the reigns of showrunner Russell T. Davies, is an example of the latter so effective it ended up shaping the direction of the show to come. On the one hand, it’s an adventure with Santa Claus robots and aliens living at the centre of the Earth but on the other, it gave us Catherine Tate’s Donna Noble.

What sounded like a comic relief character on paper proved to be very quickly beloved, and Tate became a full-time occupant of the T.A.R.D.I.S. in 2008. She’s now ranked as one of The Doctor’s best companions – something that would never have come to fruition if it weren’t for the success of her introductory outing. 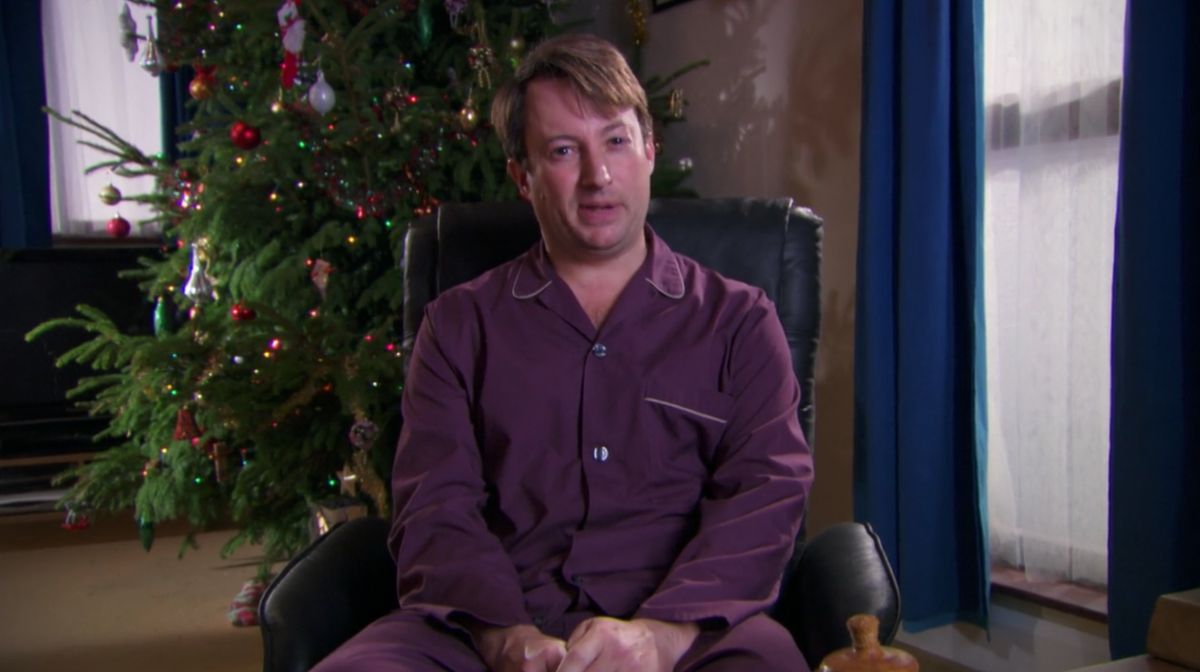 This is the sole festive special of the beloved cult sitcom. Mark is hosting his family Christmas dinner for the first time and it’s a miserable experience for everybody – not least for himself, getting into a stress rage after Jeremy jokes about not buying the turkey.

It’s classic Peep Show, albeit with an ending that’s as close to capturing the spirit of the festive season as you could possibly get from the most painful cringe comedy to have ever graved our screens. 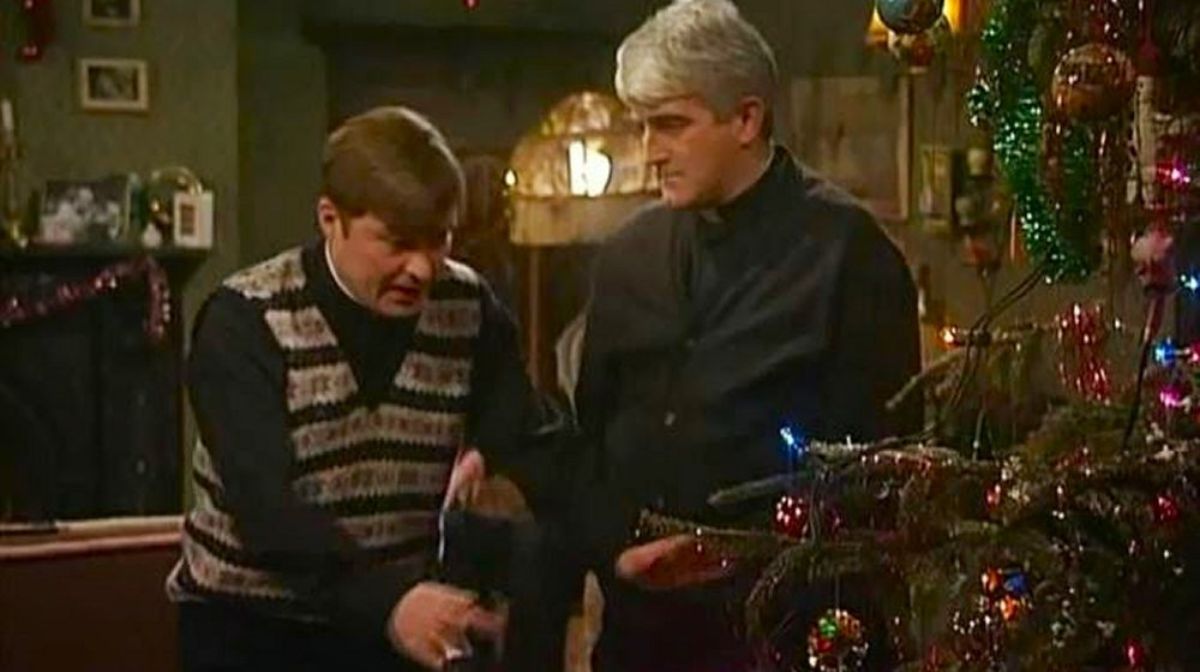 The last episode of the Channel 4 sitcom broadcast before the death of star Dermot Morgan – who passed away the day after shooting on the third and final season ended – is arguably the most enduring Christmas special on this list.

It’s managed to find a place in Channel 4’s festive schedule almost every year since it originally aired, a testament to the enduring hilarity of priests getting lost in the largest lingerie shop in Ireland. 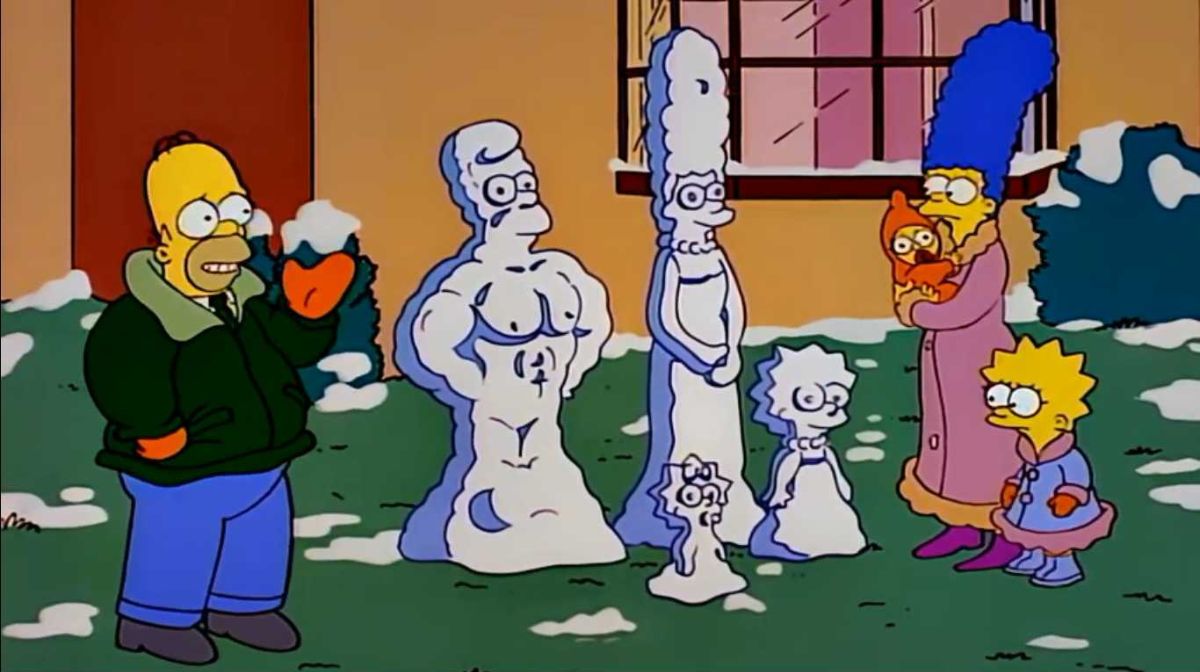 When Springfield’s favourite family made their series debut in 1989, it was via a Christmas special. 1989’s Simpsons Roasting On An Open Fire offered proof that Matt Groening’s creations could easily translate from sketches on Tracey Ullman’s Show, but nobody would argue that it was vintage Simpsons.

Instead, the festive outing that we’re picking as one of the top 10 best Christmas TV specials is season five’s Marge Be Not Proud, in which the mother-son relationship between Marge and Bart is put under the spotlight after he is caught shoplifting a video game.

Like the best golden age Simpsons, it marries a high gag count with well-earned sentimentality. It also introduced us to Lee Carvallo’s Putting Challenge, the most boring video game ever made that we nevertheless would still love to play. 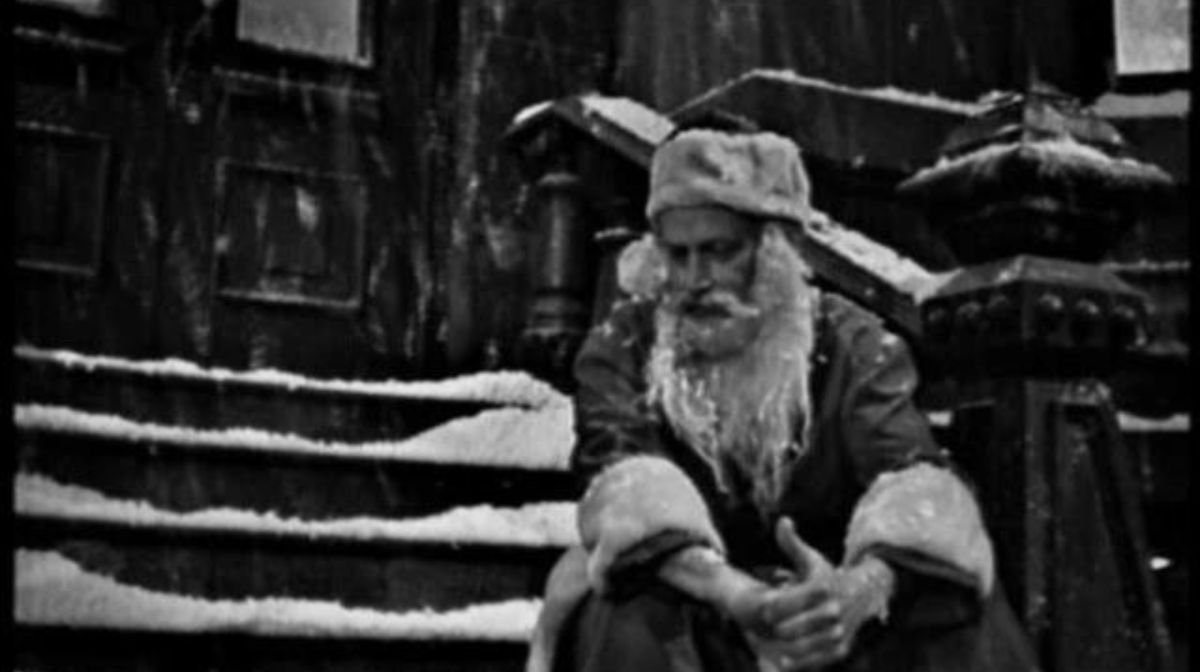 The typical Twilight Zone episode acts as a cautionary tale in some form – but this second season Christmas special deviated from the usual dark tales to offer some true festive spirit.

Here we learn the tale of department store Santa Claus Henry Corwin (Art Carney), a down-on-his luck man who experiences a life (and Christmas) affirming miracle in the evening he gets fired from his seasonal job.

Despite being one of the few Twilight Zone episodes shot on video rather than film to cut costs, giving it the visual feel of a filmed stage play, it’s managed to endure for more than 60 years. This is Miracle On 34th Street, Rod Serling-style. 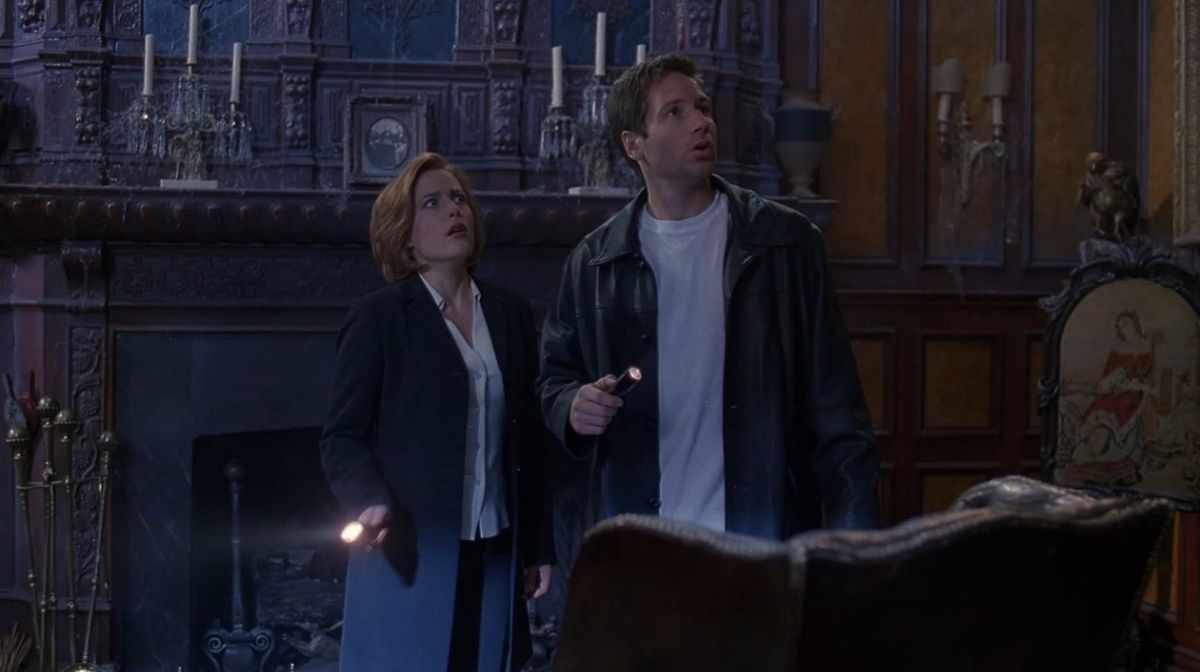 This sixth season bottle episode is the most stripped back tale of paranormal activity The X Files ever attempted. Here, Mulder and Scully are thrown together in a haunted house on Christmas Eve, tormented by two ghosts who aim to tear them apart.

With just one location and only four actors (Lily Tomlin and Ed Asner guest as the spectral couple tormenting Gillian Anderson and David Duchovny), this was by far the cheapest episode of the season, but the self-contained spookfest was effective in how it added new depth to a screen partnership several seasons deep and at risk of growing stale. 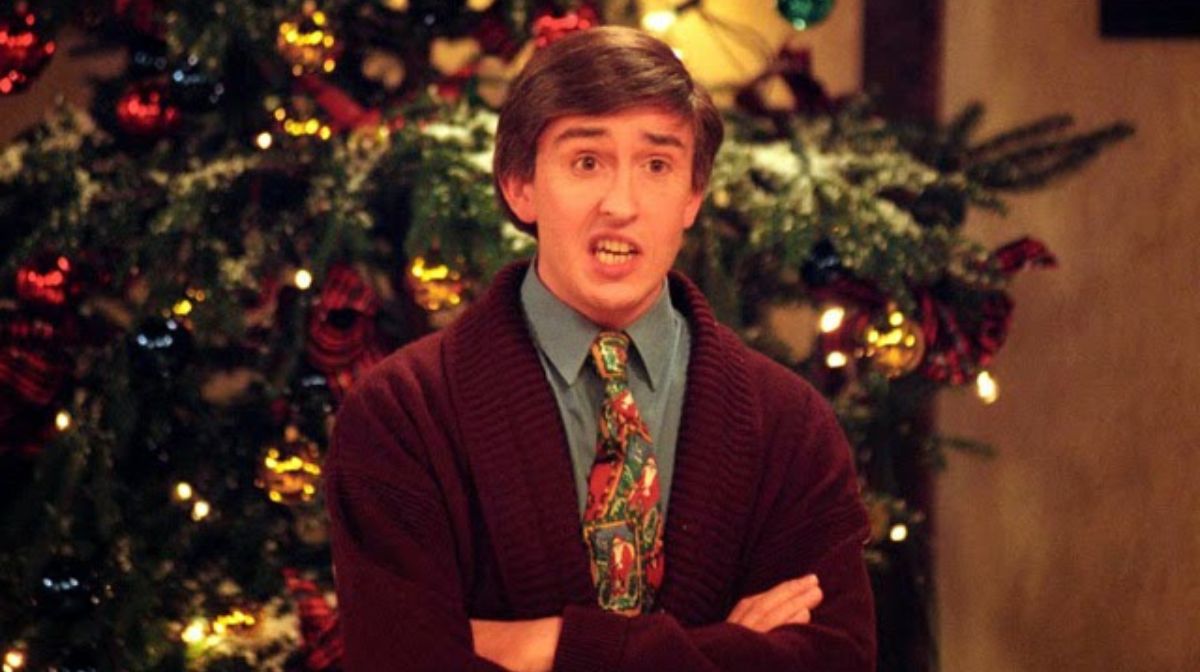 A Christmas special so effective we wouldn’t have the sitcom I’m Alan Partridge without it, this festive edition of Steve Coogan’s spoof chat show builds on Alan Partridge’s desperation to be recommissioned for a second series.

In typical Alan fashion, it all goes horribly wrong, and by the end of it he’s told he will never work in television again – we’re grateful that Coogan has kept his hapless character alive consistently since then. 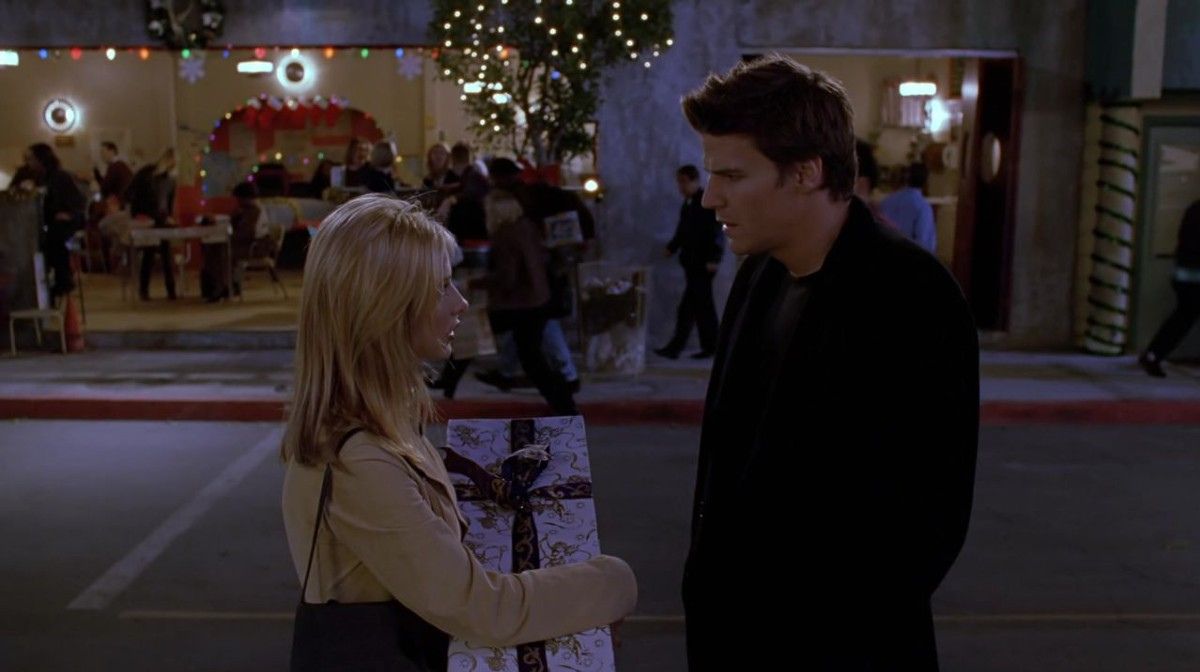 This third season episode puts a suitably Buffy twist on the idea of what constitutes a Christmas miracle, as Angel begins to lose grip on reality through a series of hallucinatory nightmares which Buffy is inevitably dragged into.

It’s exactly what you want from a Christmas in Sunnydale, which is a large part of why it’s one of the top 10 best Christmas TV specials. 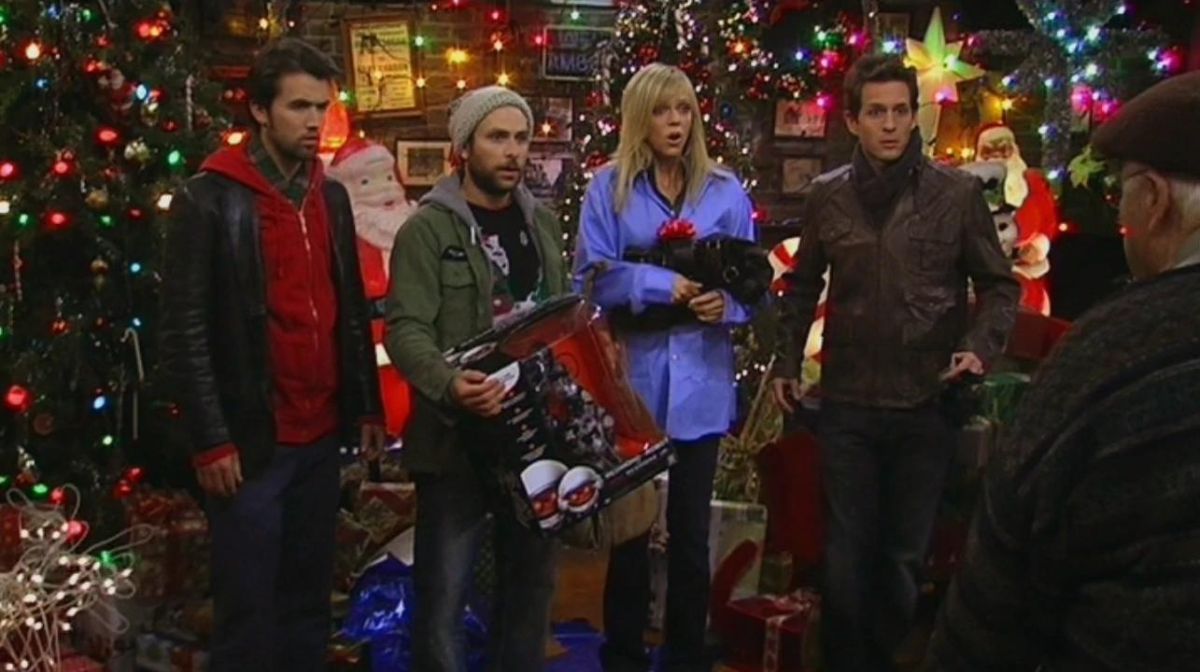 The tried-and-tested formula for a Christmas special is a Christmas Carol parody, but only one show was brave enough to have theirs feature a naked Danny DeVito emerging from inside a couch and a shopping mall Santa Claus get accused of shagging someone’s mum.

Originally released as a straight-to-DVD special, the gang’s typically mean-spirited festive adventure is one of the best recent Christmas episodes of a US sitcom.

Check out our Christmas shop here.