Nearly 30 years after their last adventure, our favourite slacker duo returned to cinema screens in 2020 for Bill & Ted Face The Music, which arrives on home entertainment Monday.

The stakes have never been higher for Bill (Alex Winter) and Ted (Keanu Reeves) who must write a song to unite humanity before time and space are destroyed.

We chatted to the film’s writer Chris Matheson, who also co-created the characters in the ‘80s with Ed Solomon, about all things Face The Music, why it took so long for this adventure to reach the screen, and how he would love to see the daughters have their own spin-off continuing the story.

Zavvi: Congratulations on the movie. It’s wonderful. How did it feel to return to these characters after such a long time?

Chris: It was interesting. We had taken a long break from them, the last time we would have wrote for them was for Bogus Journey in early 1991. We started talking about a third movie with Alex and Keanu in 2008, but Ed and I didn’t actually sit down and write until 2010.

We were both a little nervous about it, unsure what it was going to be like, but when we started the first thing we wrote was their toast at the wedding scene and it just flowed. We realised pretty quickly it’s like riding a bike, we still know Bill and Ted and they are great company. 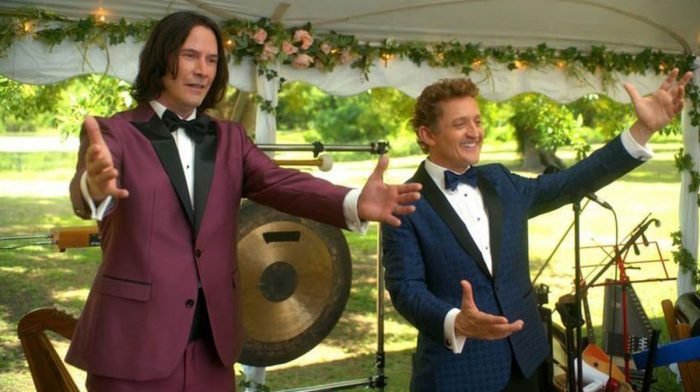 Chris: Well I imagine it was easy but they just wouldn’t do it. Me and Ed hoped that they would break into Bill and Ted, but they didn’t until we got onto set.

My understanding is the day before they said it’s time, and did it just between themselves to get it ready. I think they just wanted to preserve it, and not waste it in any way.

Film’s funny in that way, and you want the best stuff in the movie not in rehearsal. So they were right to do it, but for Ed and me it was like damn. For us it was like waiting for John [Lennon] and Paul [McCartney] to play again. 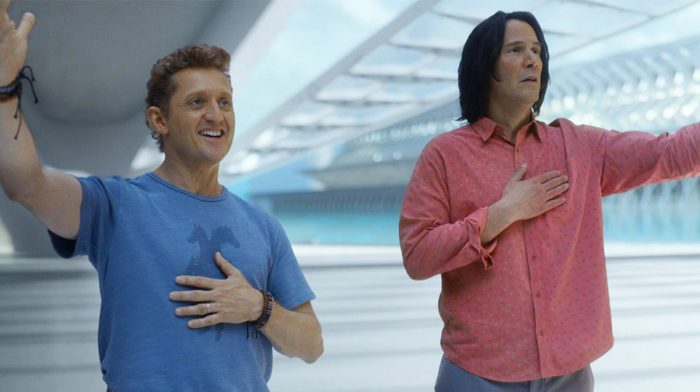 Zavvi: So it’s been in the pipeline for a while. Why was 2020 the time to release it?

Chris: Well no one wanted to finance it. We went out in 2011 all gung-ho but we just got gunned down, nobody wanted to do it and that was the case for years. I think John Wick had a pretty significant role in changing that.

But it all worked out and 2020 was a fortuitous time for it to come out in a way. There was a lot of pain, fear and loneliness, and Bill & Ted I’d like to think spoke to that a little bit, so it all worked out.

Zavvi: Yes, a lot of people said it was comforting during the pandemic, a much needed tonic. How do you feel about that?

Chris: I’m delighted, it’s really wonderful. Of course we couldn’t have planned for that and had no idea it would happen, but if it made anyone feel better, that’s great. 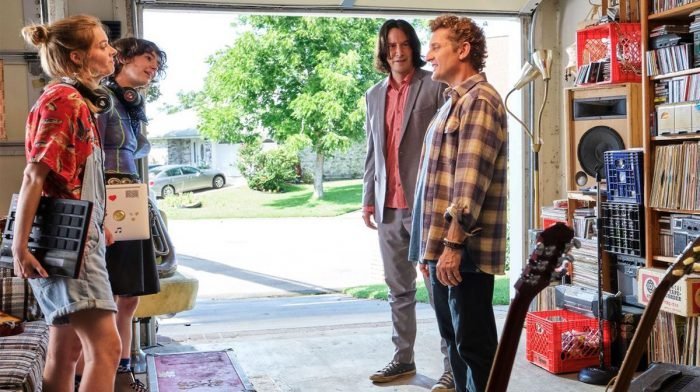 Zavvi: Were you nervous in any way about how these characters would work in today’s world?

Chris: Well we didn’t want to preserve them as teenage boys, we knew from the start they had to have grown-up, they had to be dads, husbands and failures. And by doing all of that, we thought we could access them as humans, they made sense to us, and it all came from a deeper place, some pain.

Zavvi: Yeah, there’s definitely a tinge of sadness and melancholy in this movie, the theme of failure is really present, which makes it different to the last two films.

Chris: Yeah although I’ve thought about this and in many ways there was pain in all of them. The first one is so buoyant you don’t really feel it, but the two boys are very unloved and they don’t have anybody except each other.

The second one is really steeped in self-hatred, so the seeds for this one being about failure was in the first two. 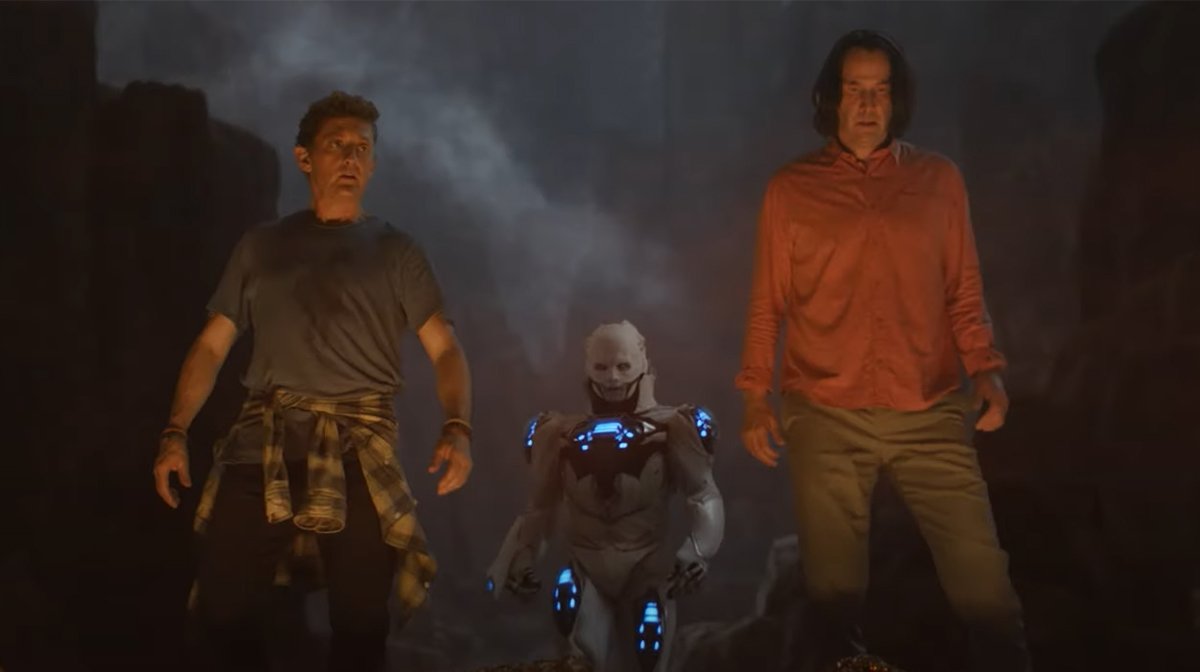 Zavvi: It isn’t just Bill and Ted who are failures, that is present in new character Dennis who is one of the best things in the film. Where did the idea of Dennis come from?

Chris: He was a late entrance into the story. There was kinda a bad guy chasing them, who was originally Kelly, but we didn’t end up sticking with that plan, but we did need a nemesis.

And since we wanted to revisit Death, we needed someone to kill everybody, so we ended up with this insecure killer robot who seemed really funny to us. And then Anthony Carrigan came in and did a great job playing him. 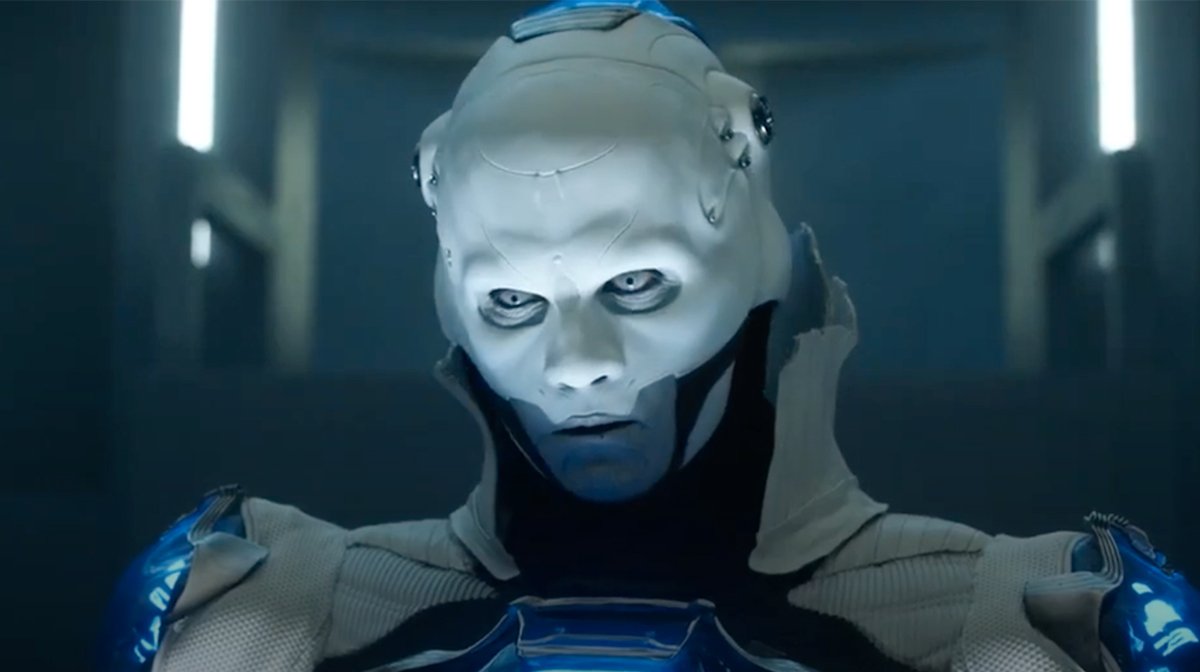 Zavvi: Talking of new characters, the daughters are brilliant. They are like their dads but have their own voices too. How important was it to you that they had this?

Chris: It was something we spent a good amount of energy on. For the first five years writing it we had two sons, but we never got any traction with that as they were either knock-offs of their dads which wasn’t interesting, or they were little cool guys which wasn’t funny.

So we thought there is an obvious move here. It will ruffle feathers in some communities of Bill & Ted fans, but we thought let’s make them daughters and instantly it got more interesting and complex. 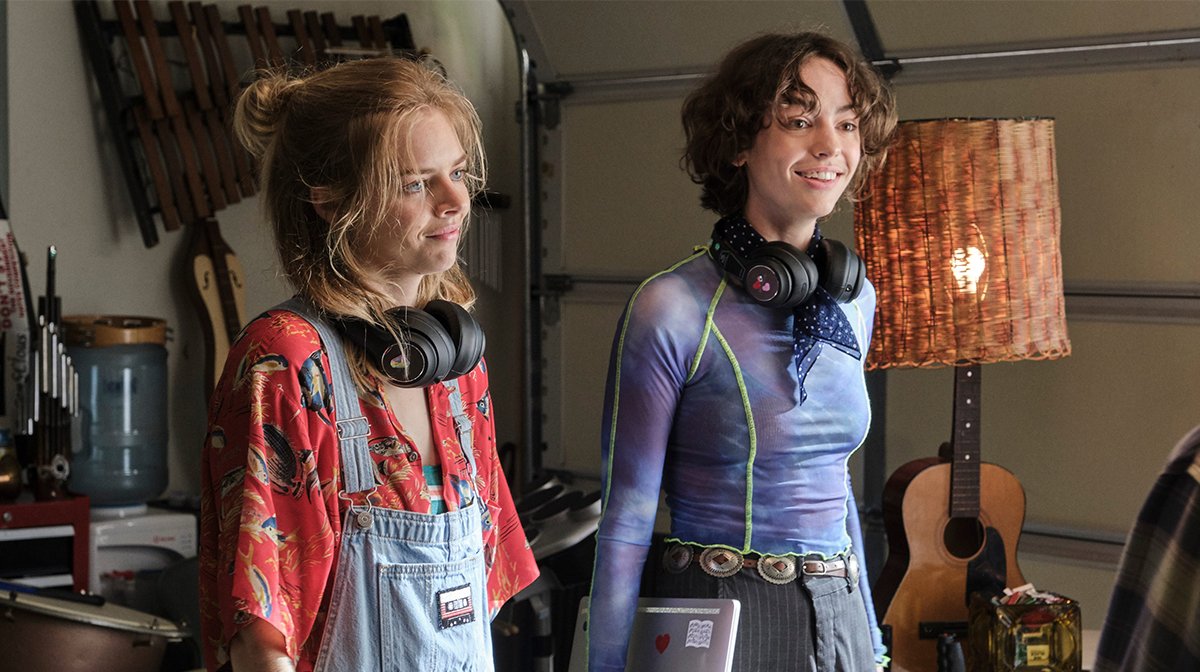 Zavvi: And finally, could you ever see a Bill & Ted 4 on the cards in the future?

Chris: I can’t, I think three is really the right number. I suppose maybe the daughters could have their own story, and if that were to happen, and I wouldn’t be opposed to it, I wouldn’t be the right writer for it. It would be great to have a really funny young woman write it.

I’m done with Bill & Ted, I think we have completed the story and I feel good about it. 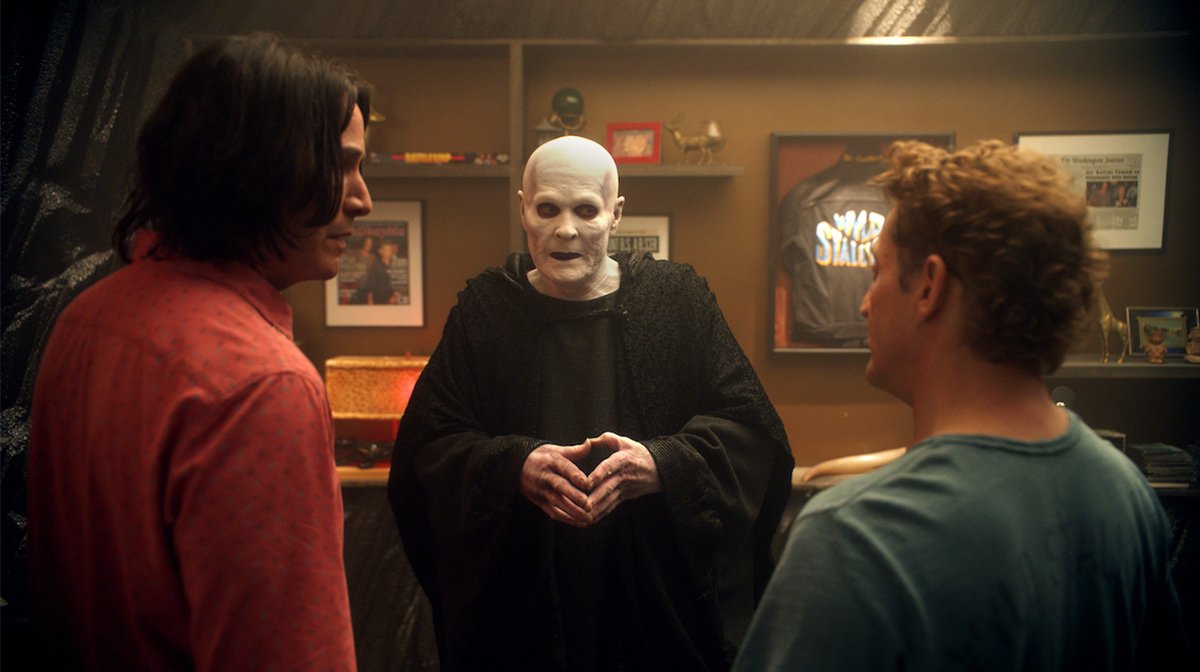 Zavvi: I love the daughter idea, would definitely like to see that. They are such fun characters.

Chris: I think it would be great and if it happens, I would give it my full blessing. I hope it does, but whether it will I have no idea.

Bill & Ted Face The Music is out on home entertainment on 25th January. Shop our full Bill & Ted range here.