Picture the scene: you’ve recently binged every Studio Ghibli film, and now love them to death. But the world of anime is large and confusing, and with hundreds of movies out there, its hard to know exactly where to turn to next.

Even though movies like Akira and Perfect Blue are absolute classics, if all you know of anime is the likes of Ponyo, you might want to ease yourself in with something a little more familiar.

So here are our recommendations for standalone anime movies to watch, if you are in need of another fix. 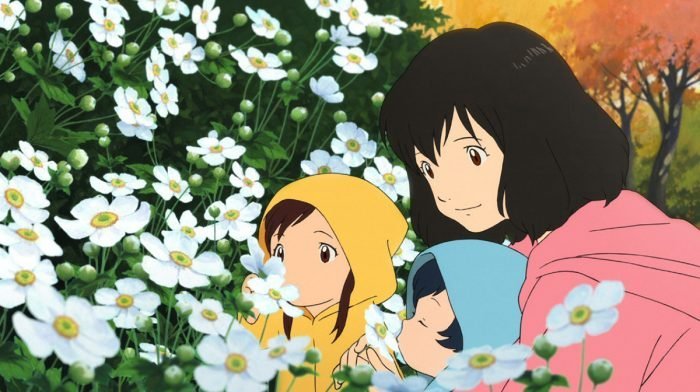 With its gorgeous fantasy visuals, immense creativity, and memorable central romance, Howl’s Moving Castle is a film to fall in love with.

Oozing with charm, it also encourages you to make deep connections with the colourful cast at the heart of its story, following emotion over logic to great effect.

Though Mamoru Hosoda’s masterpiece Wolf Children remains a little more down to Earth, the intensity of the relationship that kicks off the story reminds us of Sophie and Howl’s whirlwind romance.

Combined with unique fantasy elements and a similarly endearing cast of characters, this is a wonderful film for those who want to float away into another beautiful world. 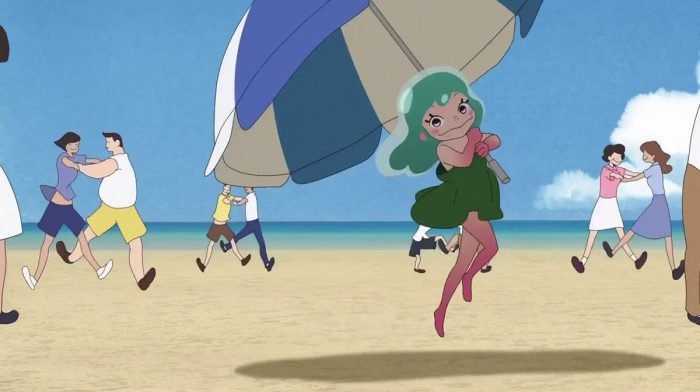 By far the two most similar movies on this list, both Ponyo and Lu Over The Wall feature a boy’s mundane life being changed by the sudden appearance of an eccentric mermaid based on Japanese folktales of ‘ningyo’ fish people.

It’s also easy to see echoes of one another in terms of aesthetic, with each film looking like the most intricate child’s crayon drawing you’ve ever seen.

But this isn’t to dismiss the brilliant Masaaki Yuasa’s Lu Over The Wall, which has original themes, terrific references to retro animations, and an unbearably catchy score. 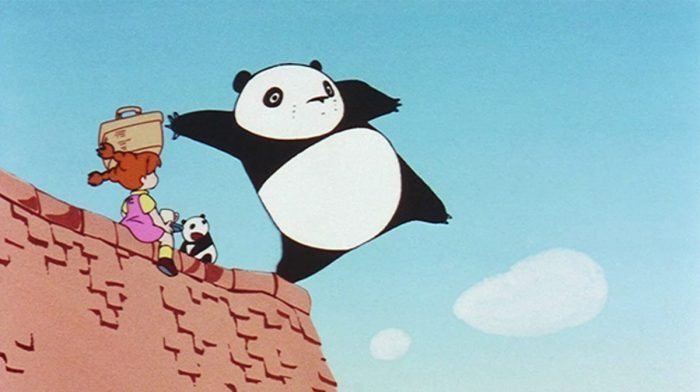 It’s easy to see why Totoro became Ghibli’s mascot. Huge, fluffy, and lovably strange, we can’t imagine the studio without this forest spirit introducing each animation.

But there was a time where founders Hayao Miyazaki and Isao Takahata worked on anime before the birth of Totoro, and the origins of the character can clearly be found in Takahata’s 1974 Panda! Go Panda! films.

Made up of two shorts that roughly match the runtime of a feature film, the story follows a young girl living alone who suddenly finds herself living with a papa panda and its cub who have run away from the zoo.

Though its undeniably for a young audience and a little rough around the edges, Panda! Go Panda! is a must watch for any Totoro fanatic. 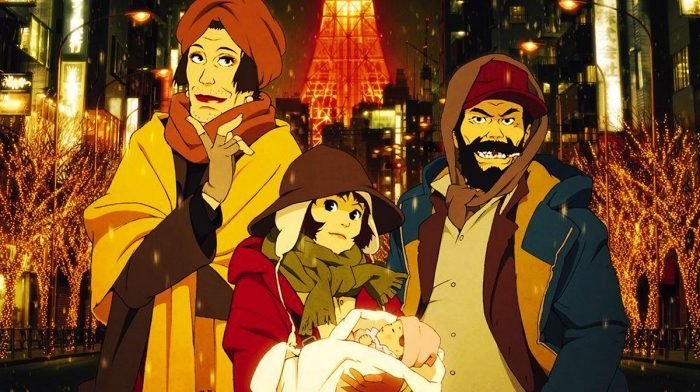 It may not be Ghibli’s most well known film, but My Neighbors The Yamadas is a hilarious and unique movie essential for any fan of the studio.

It’s hard to think of a true equivalent for this one-of‐a‐kind film, but we think the late Satoshi Kon’s Tokyo Godfathers captures something of its tongue in cheek spirit.

A look at the lives of three very different homeless people on Christmas Eve in Tokyo, Kon’s film is a surprisingly moving look at how families operate, and like the Yamada household, things don’t always run smoothly. 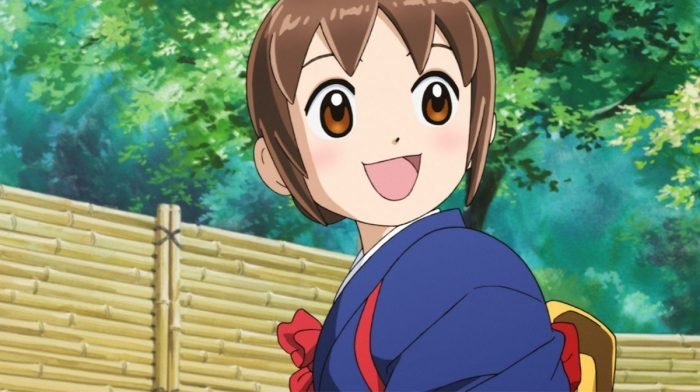 If you want another inspirational story of a young girl gaining independence and carving out her place in the world, then Okko’s Inn is for you.

After the death of her parents, Okko has to live with her grandmother, looking after the ryokan (hot springs inn) that has been a part of her family for generations.

Like Kiki’s Delivery Service, the film’s structure feels more episodic than linear, and although the entire film is essentially a coming of age story for Okko, different segments of her learning about life from a variety of characters reminded us of Kiki’s friendships with Osono the baker, and Ursula the painter.

Much like Wolf Children, it may have a more tragic start than its corresponding Ghibli film in this list, but it’s still an uplifting delight, centering around the ingenuity and compassion of its adorable protagonist.

Loved The Secret World of Arrietty? Watch Mary And The Witch’s Flower 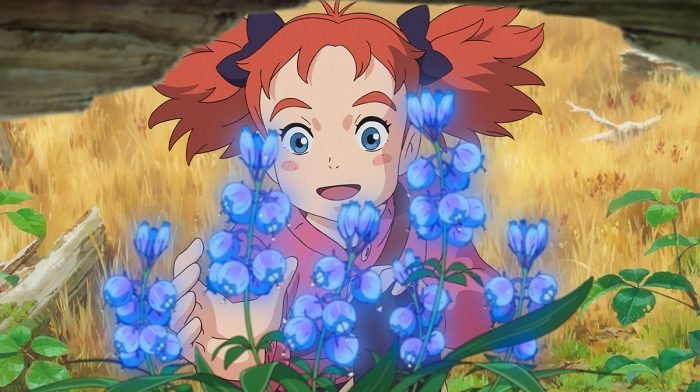 Like Panda! Go Panda!, this is another recommendation for a film made by a Ghibli alumnus, but this time we are looking to the future rather than the past.

As Isao Takahata sadly passed away several years ago, and Hayao Miyazaki will likely be retiring in the next few years, Studio Ghibli as we know it may be no more in a decade’s time.

However, filmmakers like Hiromasa Yonebayashi have been working for the studio in recent years, with this particular director becoming notable for his stunning adaptations of British children’s books – case in point, the gorgeous Arrietty, an interpretation of The Borrowers that abounds in meticulous detail.

Recently, he and other Ghibli animators have formed Studio Ponoc, intended as a new beginning for the Ghibli legacy, and if you’re interested, you should definitely check out Mary And The Witch’s Flower, another Yonebayashi adaptation as charming as its lovable hero. 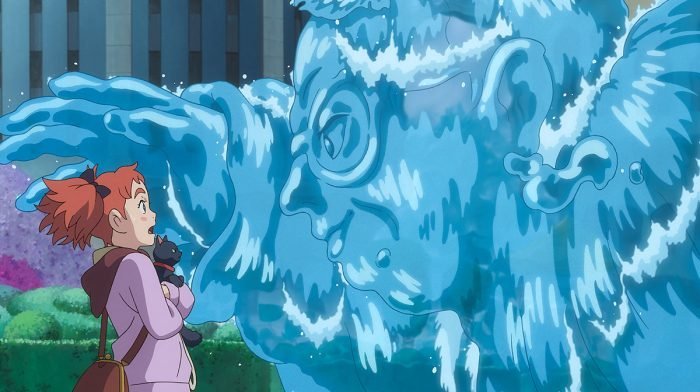 Of course, these are only recommendations, and there is a wealth of amazing anime films out there that are certainly worth your time.

Still, if you aren’t quite sure where to begin, all of these movies are an excellent jumping off point, and even if you didn’t think of yourself as an anime fan, we can’t recommend them highly enough.