The first trailer for long-awaited sequel Space Jam: A New Legacy has finally dropped ahead of the film’s release this summer.

Starring basketball champion LeBron James as himself, the NBA superstar must team up with the Looney Tunes squad to defeat the digitised team created by rogue algorithm AI-G Rhythm (Don Cheadle) on the court.

The nostalgia fuelled teaser gave us a glimpse at the action to expect, which included several unexpected cameos from other film and television properties owned by studio Warner Bros.

It looks like Space Jam: A New Legacy is going in a similar direction to movies like Ready Player One, Ralph Breaks The Internet and The Lego Movie, diving deep into the studio’s vault to bring the characters together.

Although we don’t quite know how this will play into the plot, given that the story sees James and his son trapped in a virtual space by AI-G, this makes way for the cameos.

With the cameo characters being mostly in the crowded background, they can be quite hard to spot. But don’t worry, we’ve scoured the trailer (as has Twitter) to try and distinguish the faces. 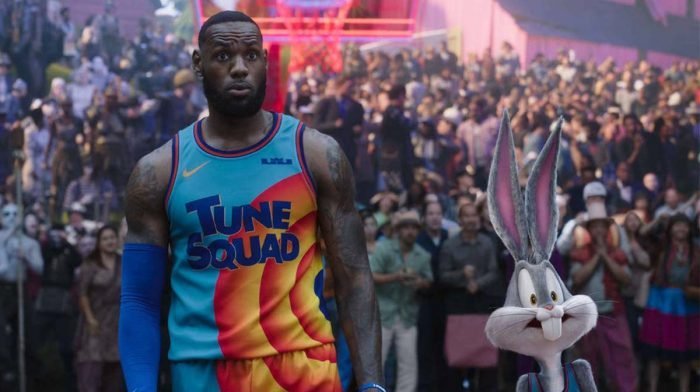 Here’s the ones spotted so far. Let us know if there’s any we missed in the comments!

That last cameo is particularly wild but hey, it has definitely got us intrigued!

It’s likely that the list above is only the start of the cameos we can expect from Space Jam: A New Legacy as surely the film is saving the best surprises for when it’s released!

Space Jam: A New Legacy will be released in cinemas on 16th July.