Charles Dickens’ work has been adapted and performed for audiences – even by Dickens himself – for about as long as the author’s work has been published.

Given Iannucci and Blackwell’s past projects have included shows like Veep and The Thick of It, the prospect of them working on an adaptation of a novel as free of cynicism and moral ambiguity as David Copperfield feels like quite a significant departure. 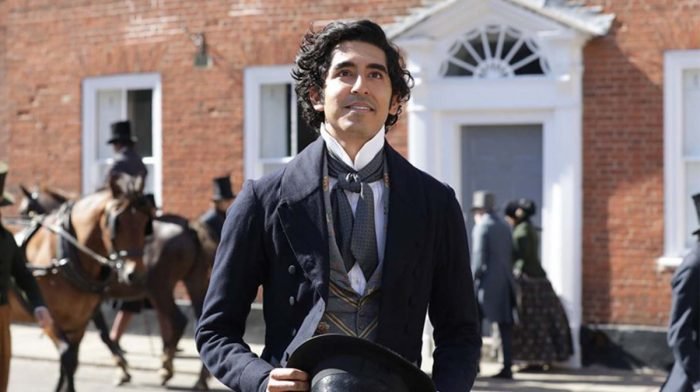 Just as in the original novel, the film is told from the point of view of David Copperfield, played by Dev Patel, as he recalls the most significant periods and people who have featured in a life which has taken him from the heights of Victorian English society, to its impoverished depths.

Iannucci and Blackwell faced a fair task adapting a 600-page novel into a two-hour film, but they manage to condense the story of Copperfield’s life experiences into a briskly paced feature which never gets bogged down in reverence for Dickens’ prose.

There is, in fact, very little in the way of dialogue lifted from the source material, instead the writers have written the characters to feel contemporary to today. Dickens’ writing was always full of wit and invention, and the decision to adapt the author’s work with a leaning towards more modern dialogue avoids the pitfall of this film becoming just another literary adaptation. 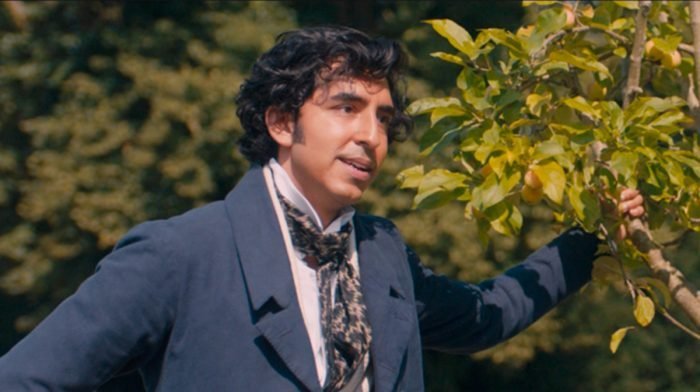 What else sets this version of David Copperfield apart from others is that it’s not afraid to sacrifice literary faithfulness in order to tap into the emotional aspects of Dickens’ writing.

Dickens’ body of work is filled with commentary on all manner of social issues, and it’ll come as no surprise that the film’s writers, who together have made arguably the greatest pieces of satire of the 21st century, ensure that the author’s political spirit is strong in this film.

As can be expected from two writers who have made a career from writing comedy, David Copperfield is full of laugh-out-loud moments. It helps that the film has Hugh Laurie and an on-form Tilda Swinton as Copperfield’s donkey-hating aunt Betsy Trotwood, but it’s a captivating performance from Patel which anchors Copperfield as the centre of this story, and prevents him from being lost in the film’s larger-than-life characters.

Patel cut his teeth as the comic relief role in Skins, and it’s no surprise that he sells the balance of light-heartedness and heartbreak of Copperfield’s life. Just as he has proven in past roles, Patel’s versatility as an actor shines here. 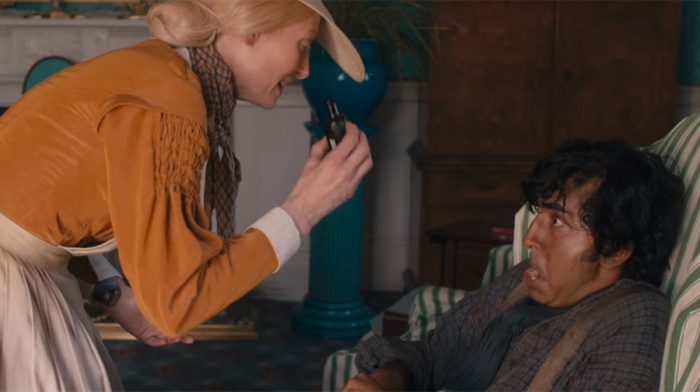 Where the film really stands out though, is in how it looks. Iannucci, whose work to date has mostly been for television, has dabbled in feature films before – most recently with The Death of Stalin – but David Copperfield is by far his most visually ambitious work to date.

The camera moves with a dynamism hitherto unseen in Iannucci’s work, and as the story progresses through time, the film flies from scene to scene with the fluidity of memories arising from the back of Copperfield’s mind – all with the help of some very clever camera trickery.

The Personal History of David Copperfield might just be Iannucci’s best work. It’s a beautiful, warm-hearted retelling of one of the greatest literary works ever written, and a breath of fresh air in contrast to the director’s less optimistic work. Whatever Iannucci and Blackwell write together next, they’ve given themselves a hard act to follow.

The Personal History Of David Copperfield will be released in UK cinemas 10th January 2020.