The past weeks have caught up with Alex Wolff. After launching M. Night Shyamalan’s Old last month, he’s slap bang in the middle of press interviews for his latest film Pig and his first cold in three years has struck.

In his own words, it’s “mad, it’s mean, and it’s got me real bad” and he “sounded like Louis Armstrong” but, gent that he is, he agreed to talk to Zavvi from his sick bed.

The actor, whose breakout role involved being on the end of Toni Collette’s famous wrath in Hereditary, co-stars alongside Nicolas Cage in this story of a reclusive truffle hunter who goes in search of his stolen priceless pig.

Wolff plays his only contact with the outside world, an ambitious truffle dealer who finds himself drawn into the hunt, something that turns out to be just as much a voyage into his own past as his client’s.

We talked to Alex about working with his now great friend Nicolas Cage, taking a deep dive into the truffle business, and the perils – as well as the pleasures – of working with a four-legged co-star!

Zavvi: You must be so busy at the moment. You’ve still got Old in cinemas and now you’ve got Pig coming out. How does it feel to have these two movies releasing around the same time?

Alex: Very overwhelming! It’s funny, because you think that people will be happy with that, but a lot are like “What’s next? What’s next?” and I’m thinking “Damn! I just gave you that! Is that ok? Gimme a second. I’m sick in bed!” 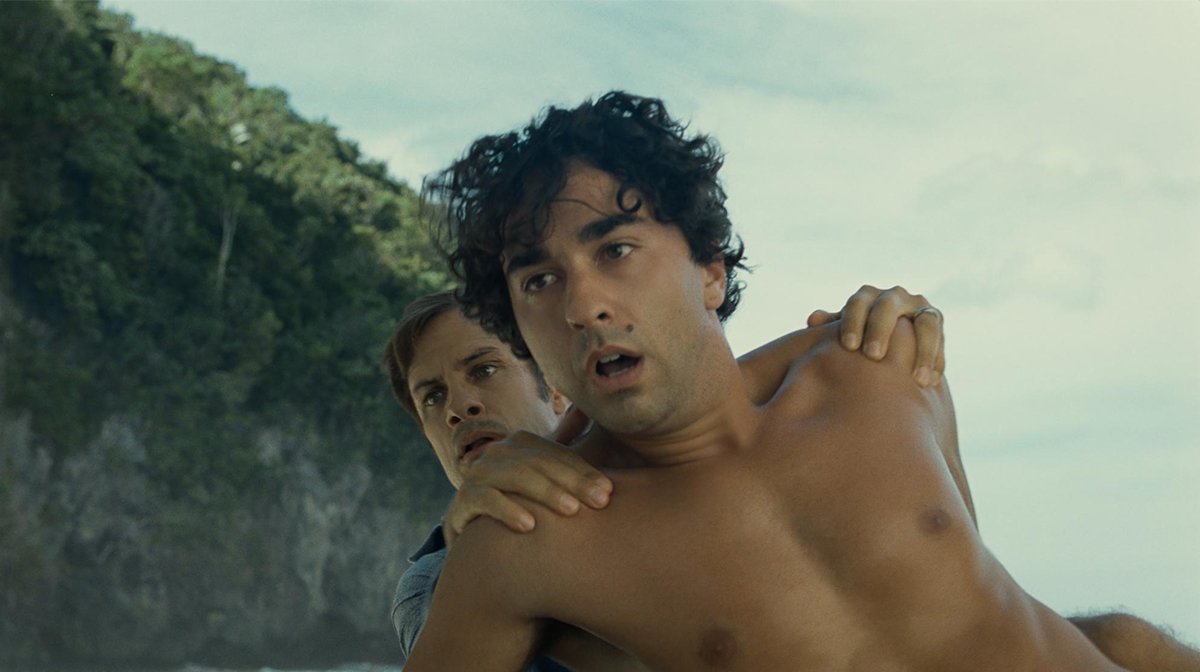 Zavvi: What attracted you to the film and to the role of Amir?

Alex: I was in love with it from the beginning. First I heard that Nic was playing the role of Rob, and I would do any movie with Nic Cage. That’s a fact. It doesn’t matter if the movie is good or bad or whatever it is, I want to work with Nic all the time. Not even because he’s now one of my best friends, but because I think he’s the best actor that we have. That was the main thing.

So I was signed on before I even read it, but I didn’t expect it to be such a heavy hitting buddy movie. I didn’t expect it to be a two hander that could be like All The President’s Men or like Butch Cassidy or Midnight Cowboy. It’s got these great textures and warmth, and it’s a true love story between these two unlikely souls, and I just fell in love with that. 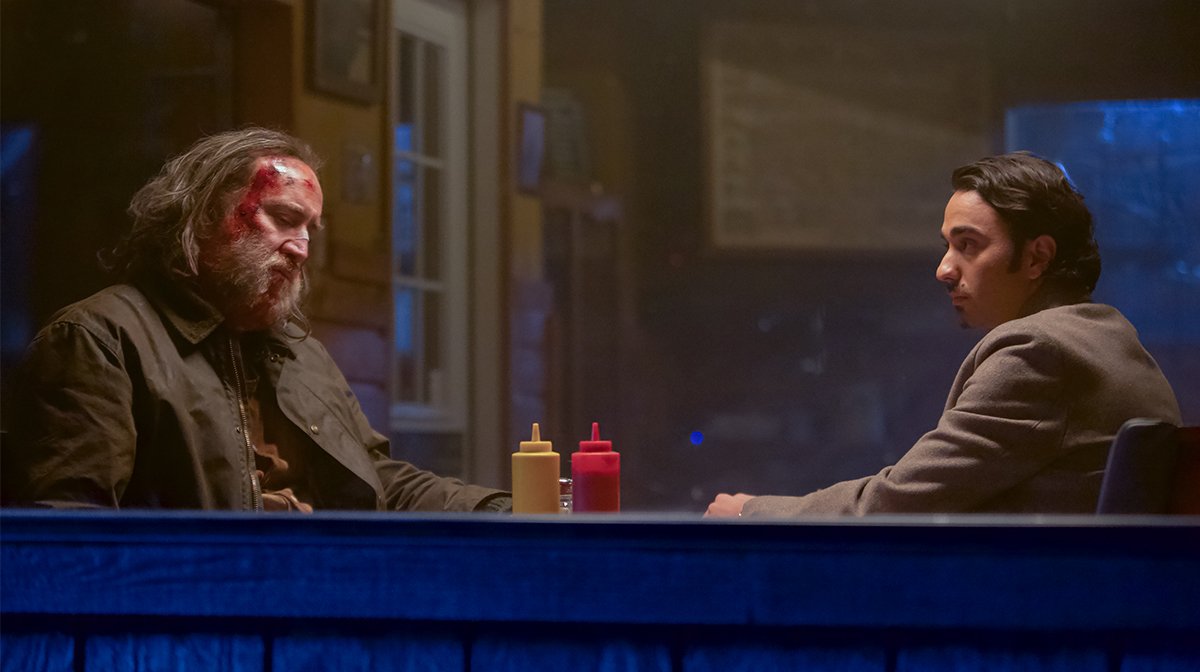 Zavvi: So how would you describe Amir? During the film we see the layers peel back on his character and his past, and actually the same happens with Nic Cage’s character, Rob.

Alex: I fell in love with all the things that made Amir difficult to like. I really felt for him from the first moment that he gets out of the car and he doesn’t want the pig to ruin his shoes. I thought he was a certain type of person, and all at once it jammed its way into my brain – all the colours of him – and I think that Amir is in all of us at different levels, more than we’re willing to admit.

We’ve all got a lot of Amir in us – I know I do, even though I’m a bit embarrassed by it. He represented all the parts of me that I’m ashamed of, and it was an amazing exorcism to get to work through those things.

Zavvi: It takes courage to put what you consider your weak points out in the public domain, on the big screen. 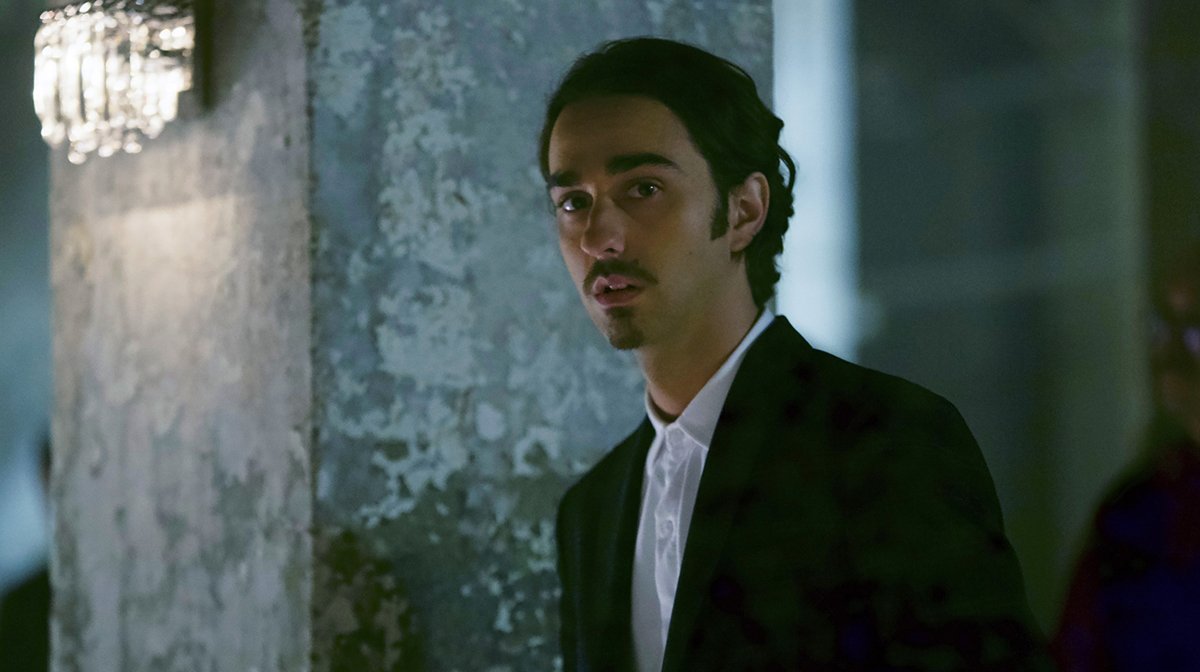 Alex: Yes, but it’s also a tremendous opportunity that I think most people would jump at.

Zavvi: It’s a heck of a challenge – and it would frighten a lot of people.

Alex: Oh, yeah, it frightened me a lot. You first think “I understand this character, because I’ve met this person” and then you wonder what you relate to, and start to dig deeper, and you realise it’s all coming a lot easier than you expected.

And then you realise we demand too much of ourselves and humanity. We demand so much of ourselves to be so much better than what we are and, being an actor, I’m really lucky because I get to let down the societal pressure to be a good person, and instead get to explore things that are more human and more universal. 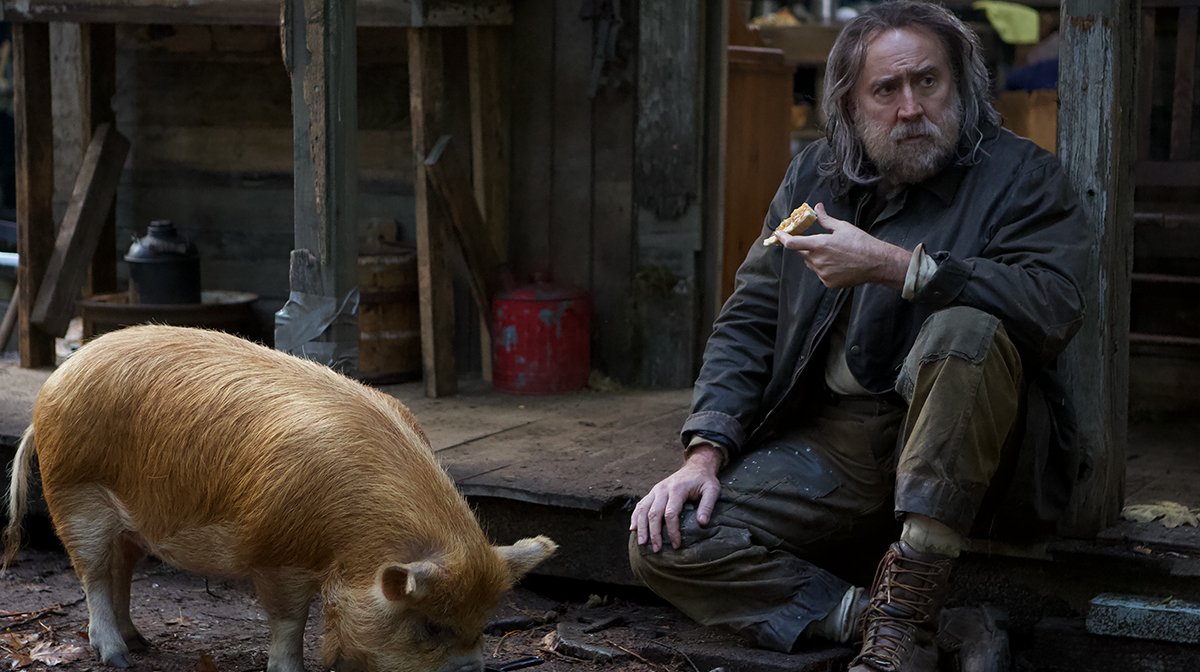 A lot of people think that being good is universal, but there’s a reason why, when you go to see certain Hollywood popcorn movies, they leave you feeling a little dry. I think it’s because their attempt to be universal is usually softening what connects all of us. And that’s imperfection. And that’s what Amir represents. Imperfection and an inability to face it.

Zavvi: Yes! Also, Amir works in the food trade, so what research did you do into that for the role?

Alex: You have no idea! I could go on Jeopardy for truffles, for mushrooms, for food in general! I went crazy and I found it really interesting because it’s a bloodbath in the truffle industry.

Luckily, it hasn’t totally invaded my life and I haven’t become a snob. I still eat all kinds of food. But, at the time, learning about more refined cuisine and truffles, I found myself hypnotised by that world. 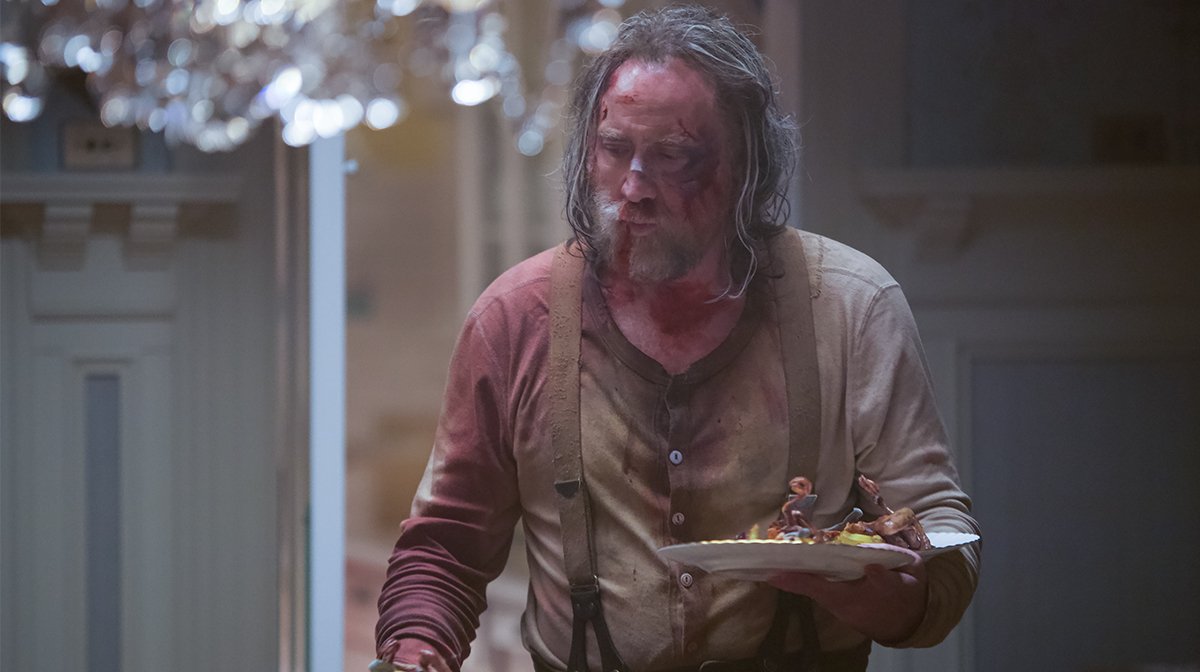 Zavvi: So that doesn’t mean that when you go out to dinner you’re a complete nightmare for the waiters, does it?

Alex: No way! The opposite! I’m allergic to a lot of things and, if they deliver stuff I’m allergic to, I just eat it! I’d rather go to the hospital than call the waiter over and order something else.

Zavvi: You’re a Brit on the quiet, aren’t you?! Because we don’t like to complain either! 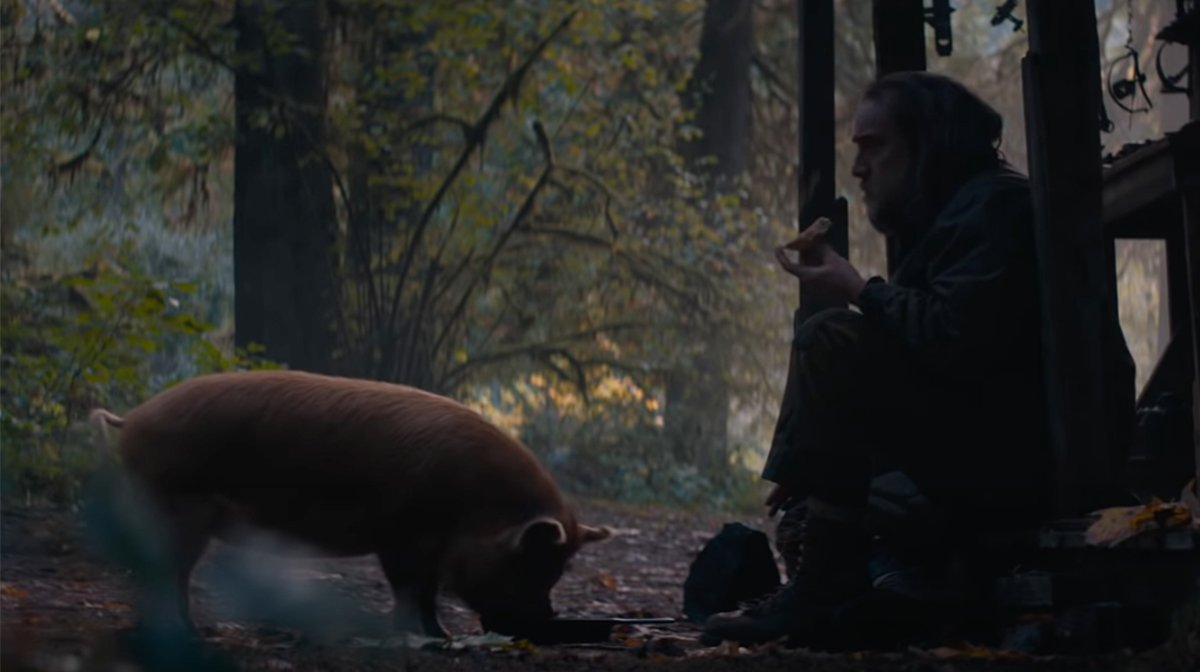 Zavvi: I’ve got to ask you about the pig. How did you get on with her? Because I heard that she bit Nic Cage a couple of times!

Alex: She bit me too! But I found out recently she’s passed away, and that made me pretty sad. She was definitely difficult and a diva, but she still had a lot of warmth. She would come over and eat out of the palm of my hand, and I have some great pictures of her and of us together.

So I’ll just spread love about her. I did love Brandy and she gives a marvellous performance in the movie. 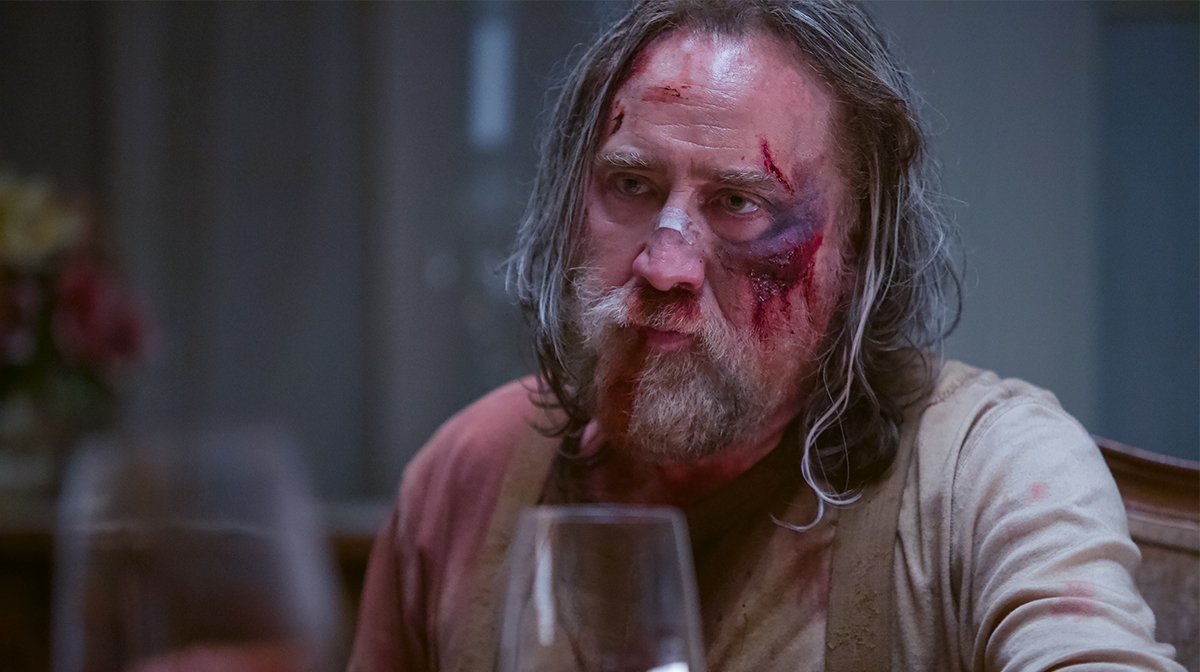 Zavvi: And you became very close friends with Nic Cage during the movie, and you still are. But if you put your friendship to one side, what was it like actually working with him? What did you take away from that experience?

Alex: It was like getting to see a magician do magic tricks in front of you, but you could not figure out how he did it. What he does is magic and I aspire to one day have a fraction of that ability, and that sort of spirit that pours out of him.

I just learned so much and I felt that I was the luckiest person in the world to get to see it up close. It was like sitting in the floor seats of an unbelievable basketball game with Michael Jordan or somebody like that.

Pig opens the Edinburgh International Film Festival on Wednesday 18th October and is in UK and Irish cinemas from 20th August. Watch it on Altitude and other digital platforms from 23rd August.