Would you hire an ex-offender? Whilst you may answer ‘yes’ unfortunately the majority disagree, with the numbers speaking for themselves.

Here in the UK only 25% of men leave prison and enter some form of employment, with that number being even lower for women standing at 20%.

It’s a huge concern, especially because employment is one of the most effective ways of preventing reoffending, something which is estimated to cost the nation a whopping £11 billion a year. 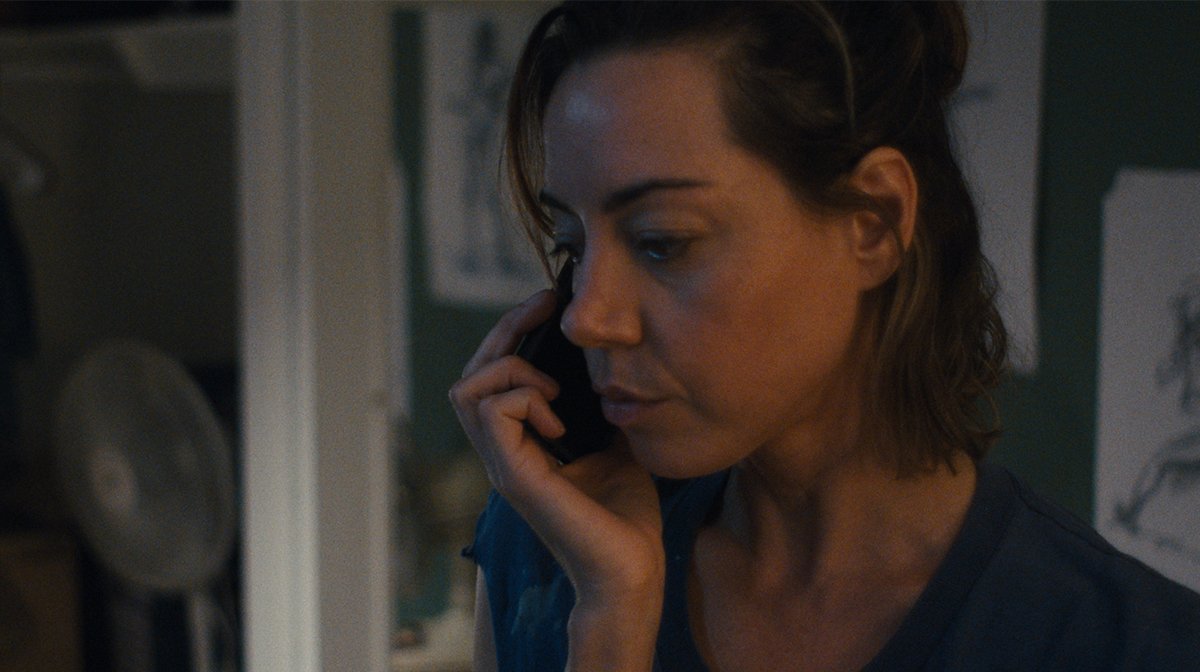 The situation is the same across the world, as reflected in the new American indie film Emily The Criminal which follows a young woman as she becomes involved with the criminal underworld of Los Angeles.

Why does Emily join a credit card fraud ring? She is saddled with student debt and unable to pay that off as she can’t find a decent-paying job thanks to her previous felony conviction.

For Emily her only choice is to pursue a life of crime which makes for a morally complex story – we know what she is doing is wrong, but how else will she get by? 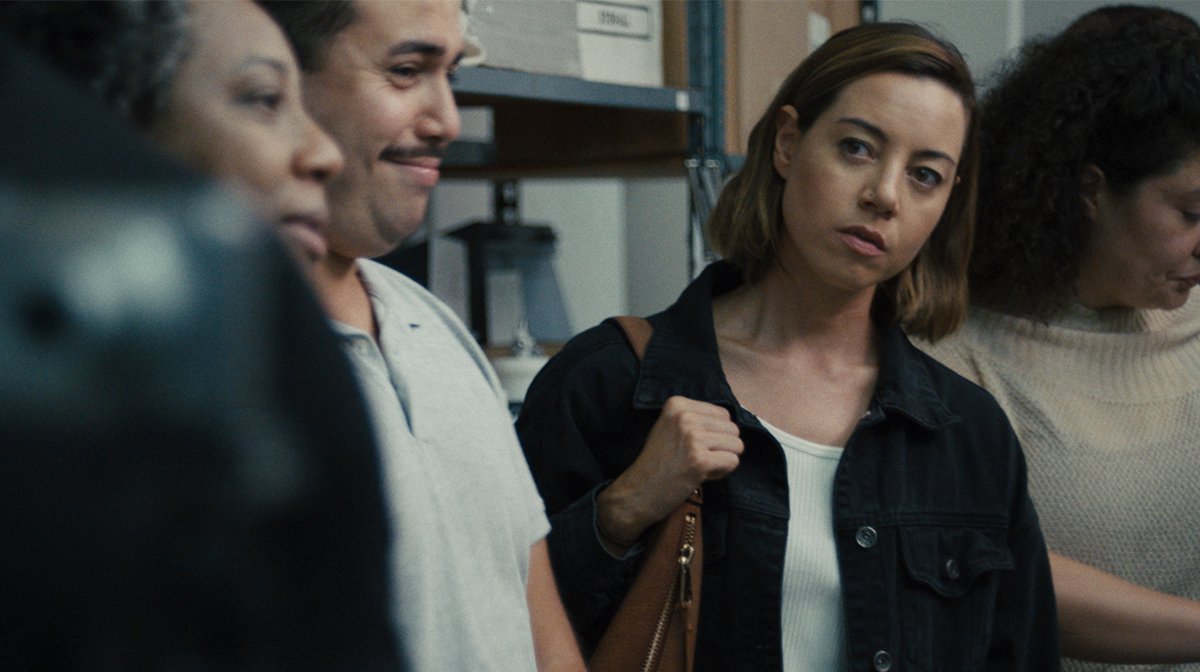 Actor Aubrey Plaza certainly doesn’t see her character as a bad person, telling Zavvi that the real villains of the story are elsewhere:

“She’s in a very broken system and so it never felt bad to me. The criminals are at the top in the world we are living in, those are the real bad guys. This is a story of survival and she’s just doing the best she can.

“Emily is representing an entire generation of young people who have the same issue – a tonne of debt with no way out. People really relate there but she’s also a fish out of water, an outsider – a lot of us can sympathise with that.

“I know I certainly felt that way when I first moved to L.A., so I drew upon those experiences.” 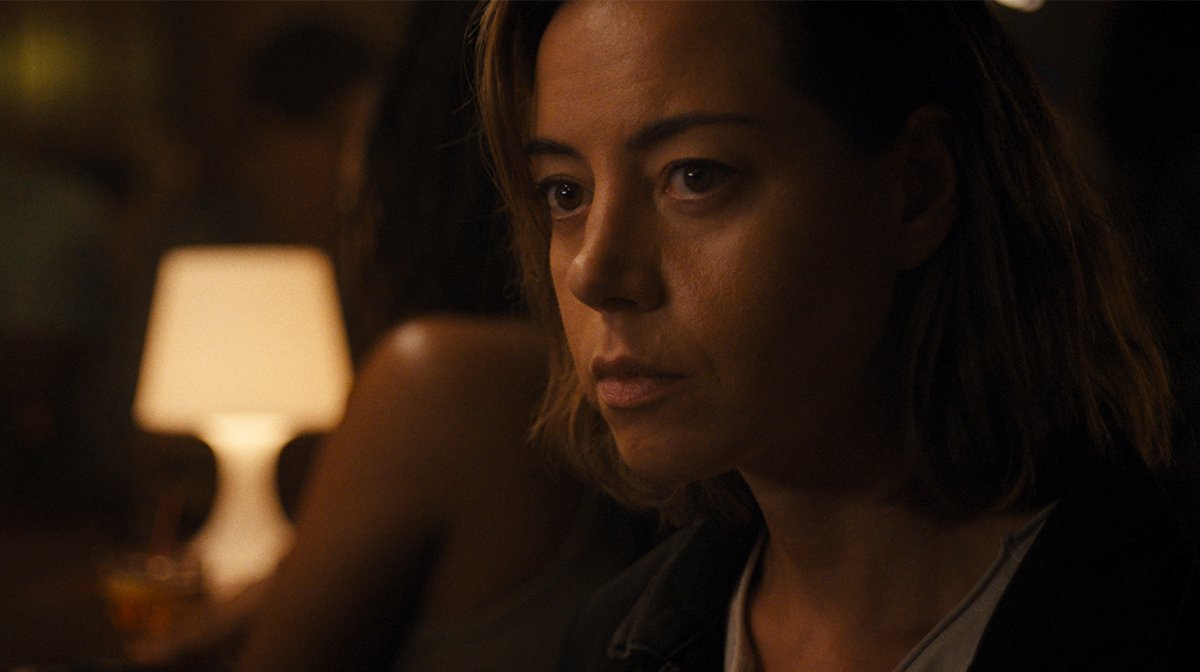 Writer/director John Patton Ford also took inspiration from his own life for this film, with the idea for it starting to form when he was struggling to pay off his student debt whilst working lousy catering jobs, like the one Emily has in the movie.

Although the filmmaker knew that he wanted to create a character who started in that world, he wasn’t sure where the story would go from there.

As he revealed to us, that changed when he stumbled upon a YouTube video: “It was a vlogger following someone who was committing credit card fraud. There was this moment where they follow them into a Best Buy and see that person try to purchase an iPad.

“It was suspenseful even though all they’ve done is a run a credit card – you are really nervous during it! Watching that I thought ‘that’s a great set piece’ – you can create a movie out of those and have the whole audience in suspense.” 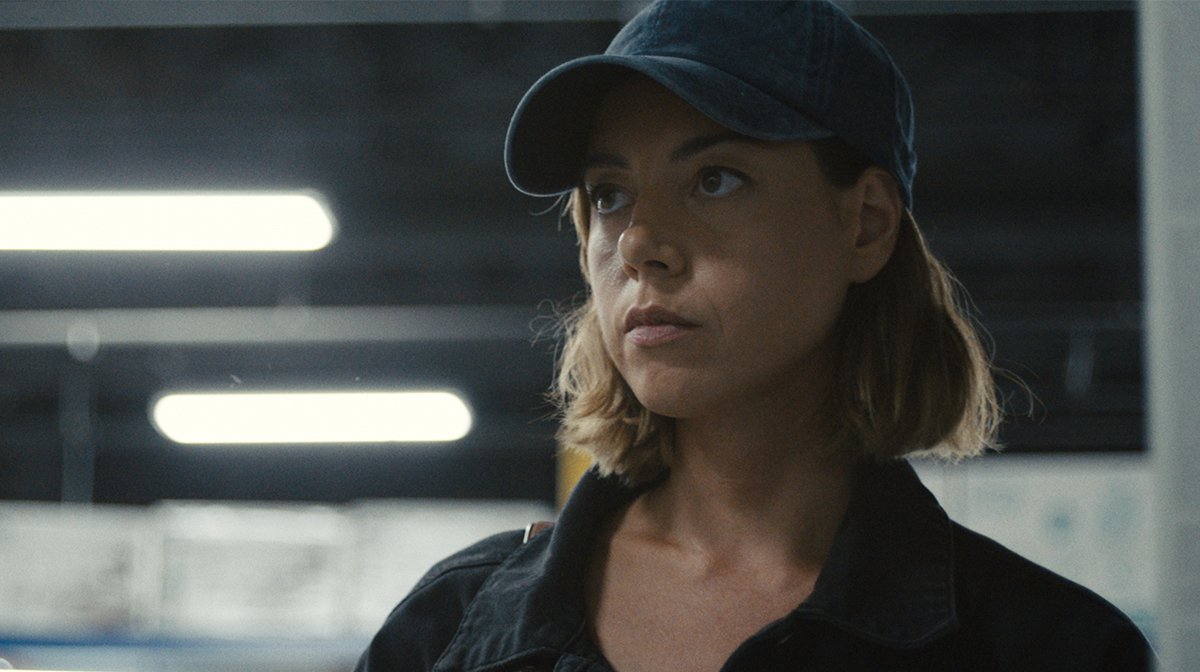 With the story now tackling the subject of crime as well as student debt, Patton Ford knew he had to undertake some research to ensure his film remained authentic.

He found accounts by ex-offenders online detailing their difficulties in finding employment and how the world treated them differently following their criminal convictions.

Whilst scouring Reddit boards Patton Ford also discovered people involved in credit card scams, encouraging some to open up about their experiences: “I spoke to someone on the phone and it was eye-opening. 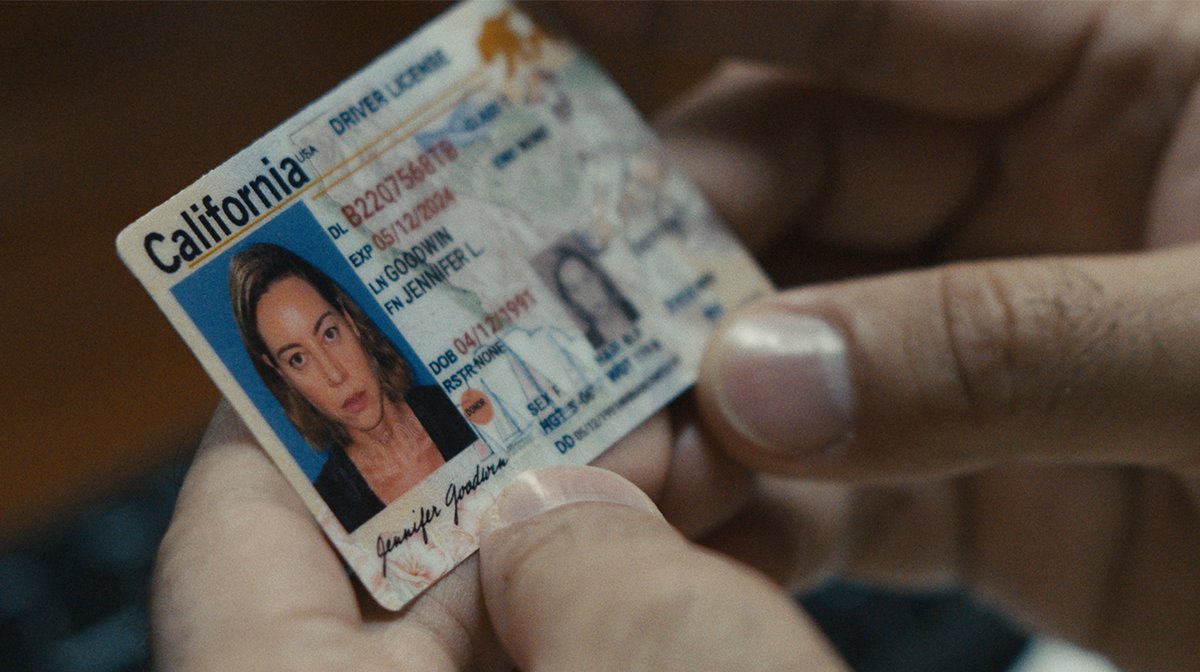 “One of the things I picked up on was that no one really enjoyed doing it. So often in films we have criminals who like being criminals, but I never met someone like that.

“Maybe they are out there somewhere but these people really didn’t want to do it. It was a means to an end, very nuts and bolts, and they were uncomfortable talking about it.”

This was how Emily also first saw it, “a means to an end”, leaving her able to finally start paying off those hefty student loans. However, it soon becomes something else as we see Emily grow to relish this life of crime, thriving off it. 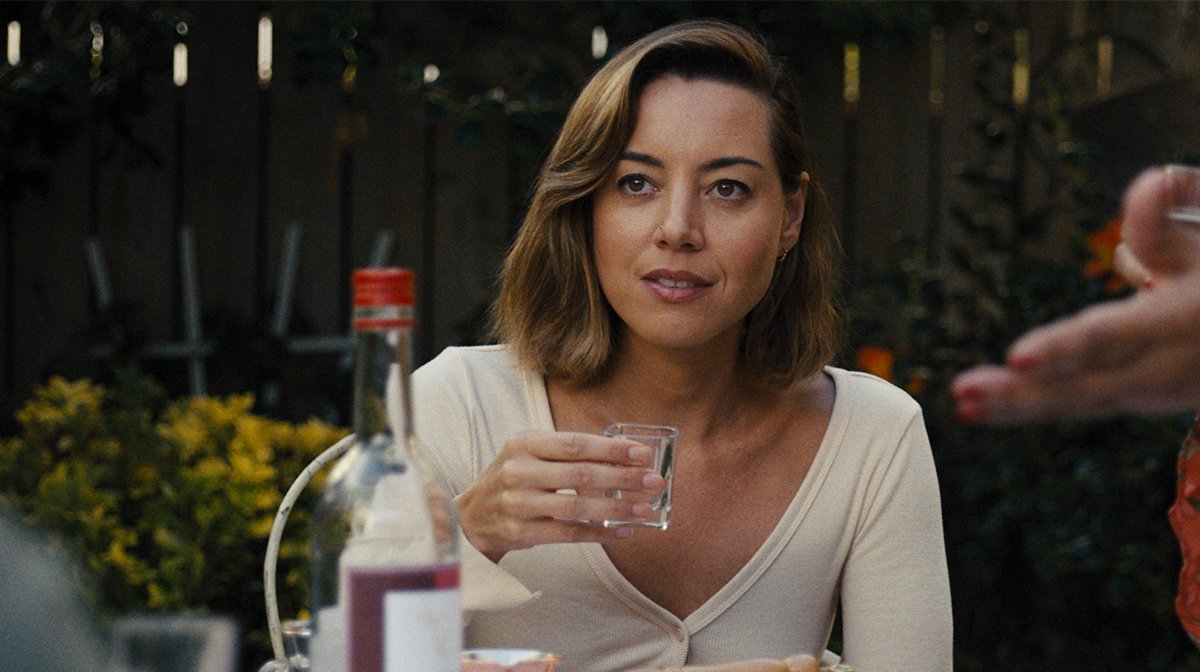 For Patton Ford this makes his film a “hopeful” one, despite the fact it deals with difficult and bleak social issues. He explained: “It’s a coming-of-age story about someone discovering what they are good at, what they enjoy, and then they commit to that, take it all the way.

“Let’s be honest, most of us are afraid to do what we really want to do with our lives so instead we do something safe or available out of fear of failure. But for Emily, she goes all in and cannonballs, so I see this as a success story.

“Within that hopelessness there’s always the hope of yourself, of becoming the best version of you inside of whatever system there is.” 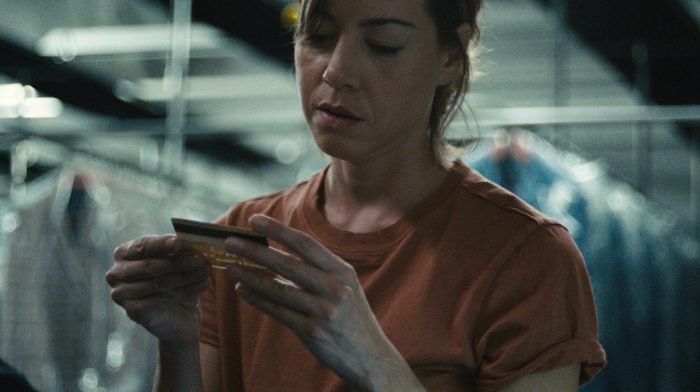 The fact she enjoys being part of this criminal underworld further complicates the morals of the movie – audiences may understand why Emily turns to crime being out of other options, but will her enjoyment of it leave some viewers unsympathetic?

Patton Ford hopes this won’t be the case: “I wasn’t worried about her likeability as I just needed her to feel like a fully fleshed out human being with weaknesses like everybody else.

“I have faith that if you create someone on-screen who seems like a real person, audiences will emphasise with them, and not because of some arbitrary likeability.” 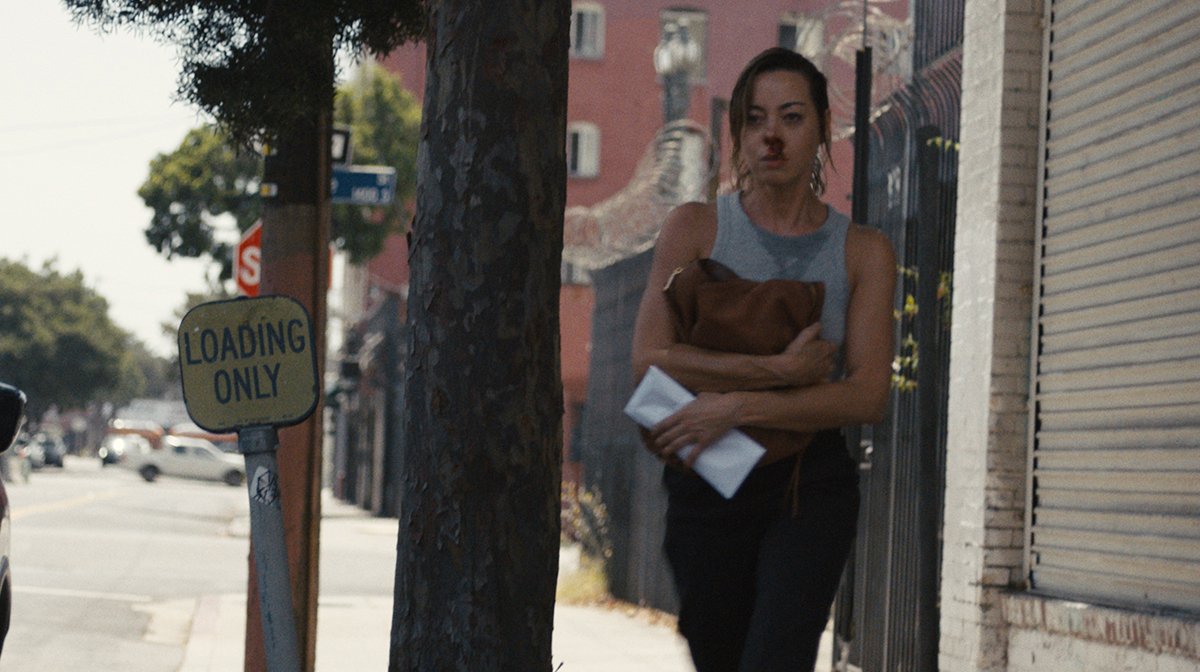 For Plaza it was “refreshing” to play a female character who the filmmakers weren’t concerned about making likeable, telling us this is rare within Hollywood:

“People are so worried about whether their characters are likeable or not, especially female ones, so it was really refreshing to read someone for whom that doesn’t matter. She’s flawed but we all are.

“It was fun playing someone who speaks out for themselves, doesn’t take anyone’s she*t, and takes matters into their own hands. There’s something really unapologetic about her.” 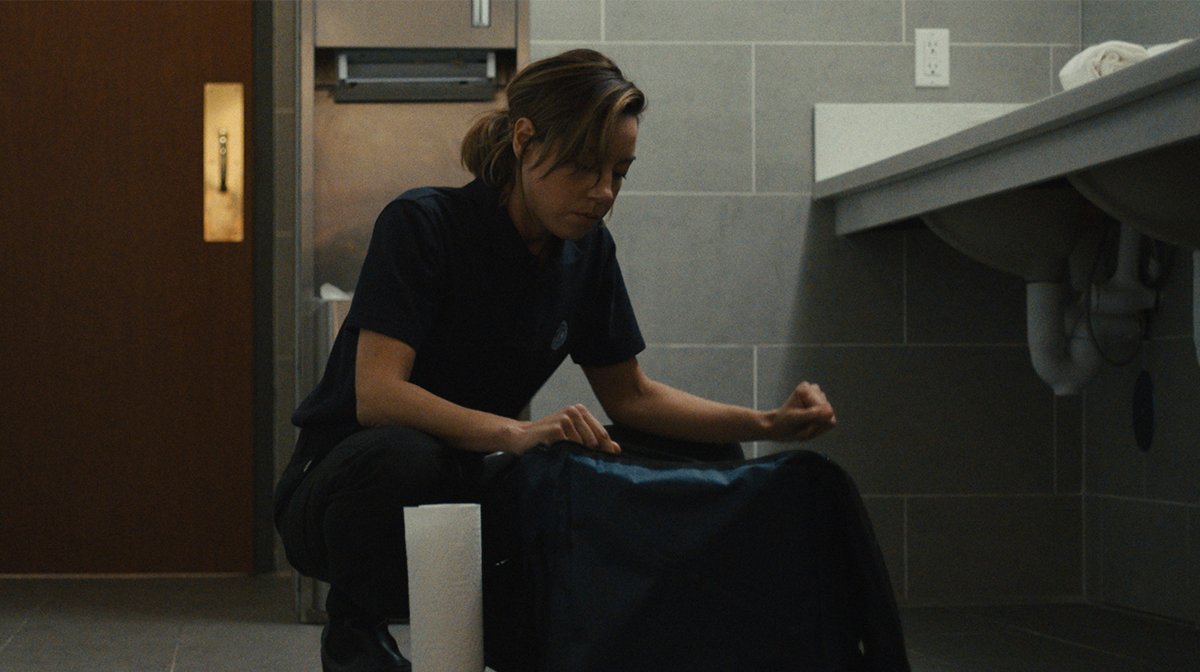 Whilst penning the screenplay Patton Ford was aware that we rarely see characters like Emily on-screen, admitting that the film wouldn’t have been as effective if he had stuck to his original plan:

“I initially tried writing it with a male lead and it just wasn’t very exciting. It felt familiar in a way that was negative and lowered the stakes.

“It’s not like I arbitrarily made it a woman, I just then had this idea of a specific character from a girl I lived with in college. It then became exciting as I hadn’t seen this person in a movie before.” 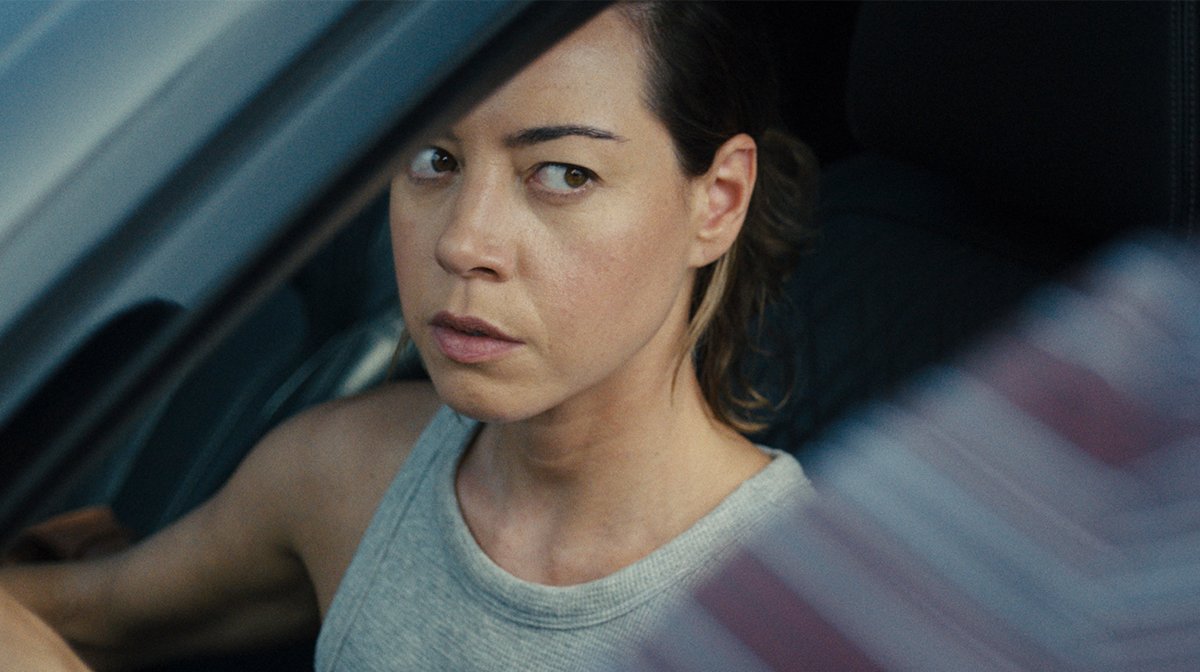 And this may not be the last we see of Emily, as Plaza tells us she would be up for revisiting the character in the future. The final scenes certainly leave things open, although we agree with Plaza that a sequel isn’t necessary.

Instead, it may be best to leave this saga ending on that hopeful note, as the star concludes: “If John wrote another script, I’d do anything with him, especially as I love the character, but I don’t think it needs it.

“For me, the best endings are beginnings, that’s just life. My favourite films have hopeful endings and even though our movie is kind of dark, there’s still that feeling of hope as she is starting her new life and is finally happy.”

Emily The Criminal is available to rent and own from 24th October.