If you go down to the woods today, you’re sure of a big surprise…

Inheriting a house in a seemingly tranquil village, the couple soon realise that it may not be the peaceful escape they were hoping for as the malevolent goblins who lurk in the ancient wood at the foot of their garden come out to play. 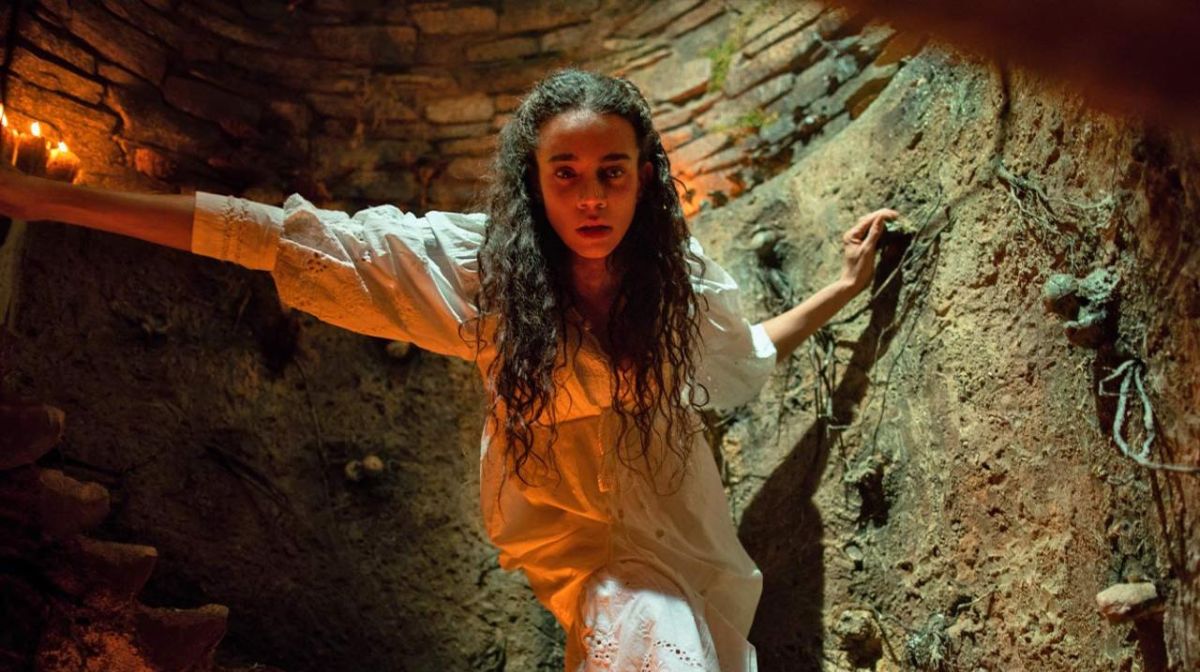 Upon discovering the murderous creatures, Maya and Jamie have very different reactions, which for director Jon Wright, is the crux of the movie.

Speaking to Zavvi, the filmmaker explained that for him the film is an exploration of the tension between pacificism and violence: “Me and my co-writer Mark [Stay] were talking about how we are both cowards, so terrified of physical violence we would avoid any fight.

“However, we both said if our children were threatened, we would become violent people and because we can’t handle ourselves in a fight, we’d pick up a weapon to get it over with as quick as possible. It’s an interesting paradox, pacifists being violent.

In the latest edition of our free digital magazine The Lowdown, Wright discussed exploring masculinity, testing boundaries of violence, and bringing goblins into this bonkers horror which really must be seen to be believed. Get your free copy here.

Unwelcome is released in UK cinemas on Friday 27th January.