Out now on home entertainment, Raya And The Last Dragon is the latest beautifully animated movie from Disney and features their very first Southeast Asian princess.

The story takes us to the fantasy land of Kumandra, where the young Raya (voiced by Kelly Marie Tran) sets out on a journey to find the last dragon in an attempt to restore the fractured land and unite its divided people.

We chatted to co-directors Don Hall and Carlos López Estrada about the central relationship between Raya and Namaari (voiced by Gemma Chan), the online reaction to ‘Raya’s hot dad’, and whether we could see more Kumandra set adventures in the future.

Zavvi: How did you both become attached to the project, and what drew you into it?

Don: It was probably a little over a year and a half ago. The project had been in development for a while, and we were asked to come on to take a look at it.

We were very excited by the world that had been created which had been inspired by the many different cultures of Southeast Asia, five different lands to explore which were culturally specific.

Also the fact it was an action-adventure film was incredibly exciting. It had a lot of great elements and for us, it was about pulling a story together around the theme of trust. 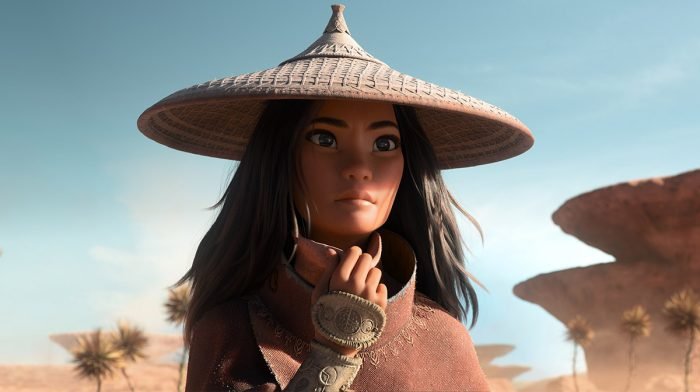 Zavvi: The relationship between Raya and Namaari really stood out to me, and I read that Kelly Marie Tran feels there are some romantic feelings there, which comes across. Was this something you had in mind whilst working on the story, or something you spoke to her about?

Don: I don’t recall any conversations and for us, we didn’t explore Raya’s sexuality in the film but if anybody has a connection or sees themselves in Raya, that’s always a good thing.

Carlos: I love the relationship and as we were developing it we knew that our ‘antagonist’ was just as cool, interesting and as compelling as our protagonist. And that’s the best case scenario.

We even had to pull back a few times in the movie thinking maybe some people are going to want Namaari to win rather than Raya to succeed, and that was something we were very conscious about.

But the fact people have embraced the pairing so profoundly, and Namaari has become a beloved character too is amazing. 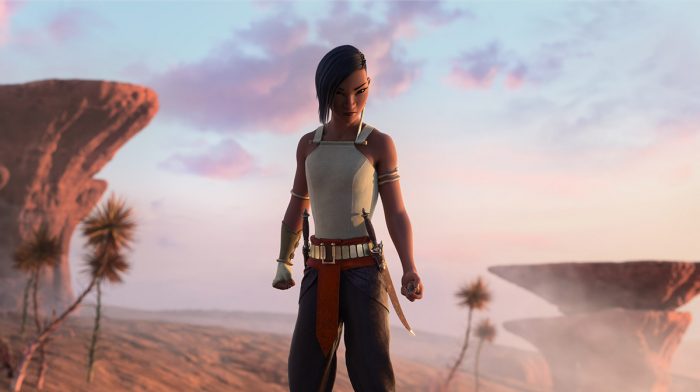 Zavvi: One thing I have loved in terms of the reaction to the film is in regards to Raya’s dad. I don’t know if you have seen The New York Times article about hot animated dads… I can see you have!

Carlos: We all did! It was a very unexpected surprise and just so you know, Don was the scratch voice of Benja. We can’t take any credit off Daniel Dae Kim, but I think Don also had something to do with Benja being such a figure.

Don: You know, a lot of it came from Daniel. Once we started working with him and hearing that voice, the physicality of Benja had to live up to Daniel. So we kept working on the model and characterisation of Benja to be worthy of that voice, he’s just an amazing human.

It’s cool and funny to get that kind of response about the ‘hot dad’, because what it tells us is that in limited screen time the character resonates, which was critical to the film because that relationship between Benja and Raya sets up the whole movie. It’s all about fulfilling Benja’s dreams, so when we get that feedback it tells us that on least on some level the character resonated. 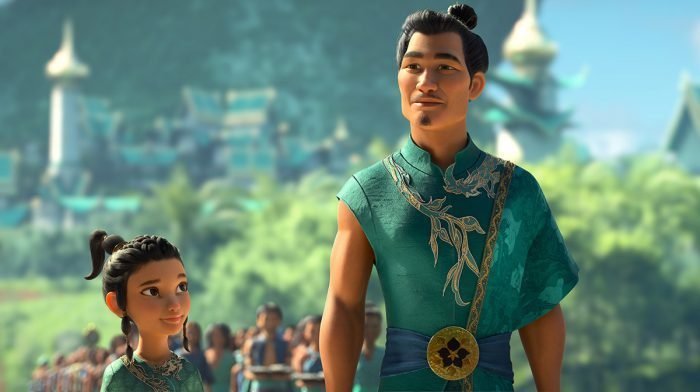 Zavvi: Could we see more Raya adventures in the future?

Don: We are currently both on our own projects, but the world of Kumandra is so vast we barely scratched the surface of it. It certainly could support more stories that is for sure.

We’ll see, there’s certainly nothing in talks right now, but who knows what the future may hold.

Carlos: With the growing landscape of Disney+ and digital series who knows, maybe there will be an opportunity sooner rather than later.

Raya And The Last Dragon is available now on DVD, 4K Ultra HD, Blu-ray and will be available to all Disney+ subscribers on 4th June for no additional cost.

Shop our range of Raya And The Last Dragon merchandise.