Getting comfy on the sofa, hot chocolate in hand, ready to watch Disney’s latest release was admittedly quite a surreal experience last week.

For a film journalist this is of course a regular activity, but this time it didn’t just feel special – it was a moment I had long dreamt of.

Of course, it could only have been Disenchanted, the sequel to the 2007 hit movie Enchanted, arriving on our screens 15 years after the original debuted.

Giselle’s magical adventure in New York has always been a favourite of mine, which is also the case for millions of others as Enchanted certainly has a dedicated fanbase, all of whom have been eagerly awaiting a follow-up film which has long been teased.

It’s no secret that the sequel spent a decade stuck in development hell, going through numerous rewrites before it was officially announced in December 2020.

But even then, given the long and difficult production history, many fans had one question on their lips – will it actually see the light of day?

That thought certainly crossed my mind but for producer Barry Josephson, who returns for Disenchanted, he always had faith, telling Zavvi: “Early on the studio wanted to have a sequel right away but time went by and some elements didn’t come together. 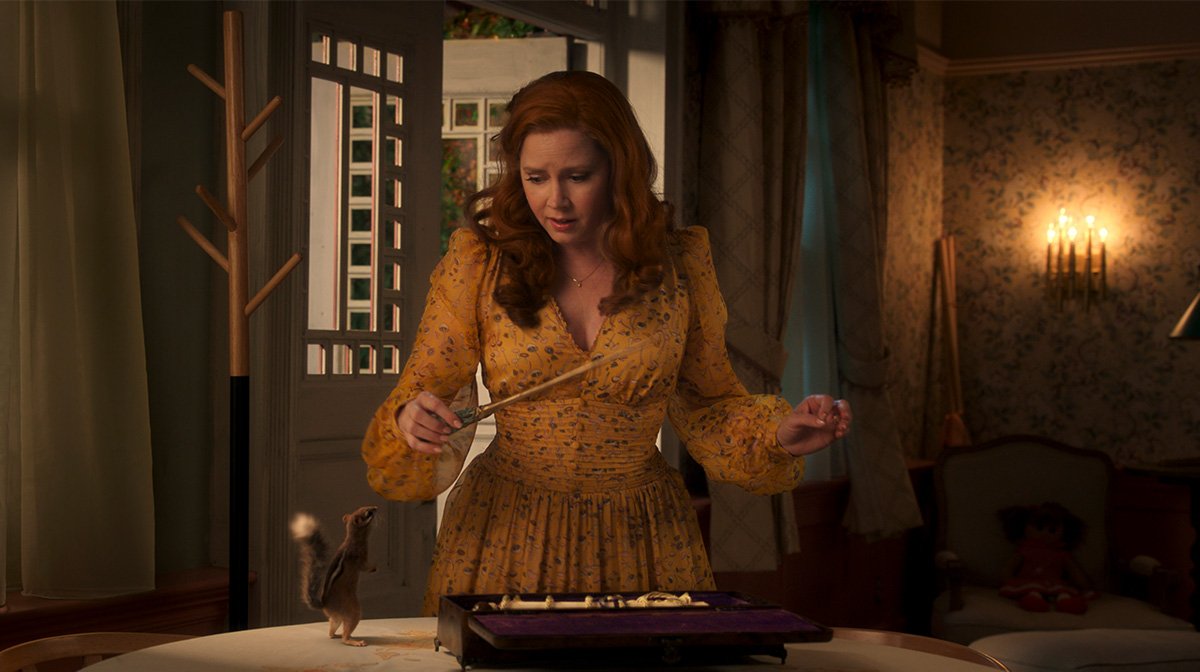 “Amy got very busy, the director had other work, and it got to the point where we just said ‘look, this won’t happen straight away’. But for me, it lived deep inside my heart and soul.

“I love that first movie so much and as the years went by, so many people would speak to me about it just as you are, saying how much they love it too. And when enough people tell you they love something, you just have to take it in.

“We realised it wasn’t a fluke, the movie was really great, and the entire cast was fabulous. So, we thought we have to try and make a sequel. That’s when Sean Bailey [president of Walt Disney Pictures] stepped in as he agreed, and off we went!” 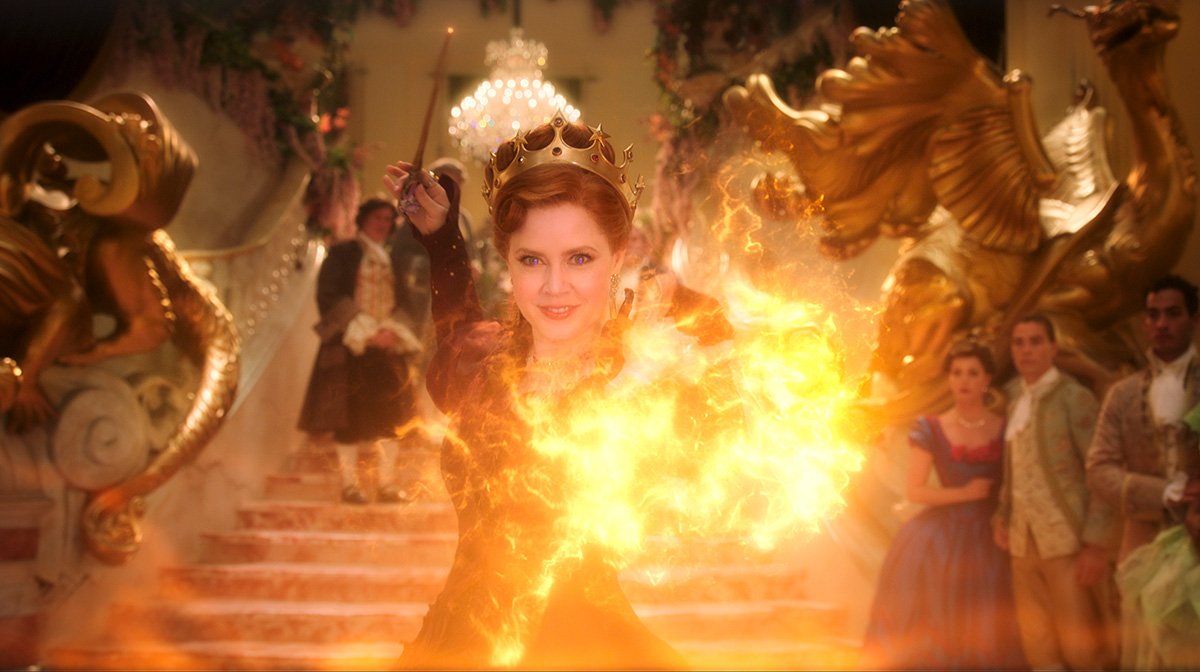 The team turned to director Adam Shankman to helm the project, being won over by his work bringing to life screen musicals such as Hairspray and Rock Of Ages. It so happened that the filmmaker already had an idea for where Giselle’s story could go next, a vision he was excited to explore further.

As the title of the movie suggests, our heroine has grown disillusioned with life in the city and so, the family move to the suburban town of Monroeville.

However, once there Giselle realises it’s not the fix she hoped for, with her search for the perfect happily ever after taking her down a dark path. 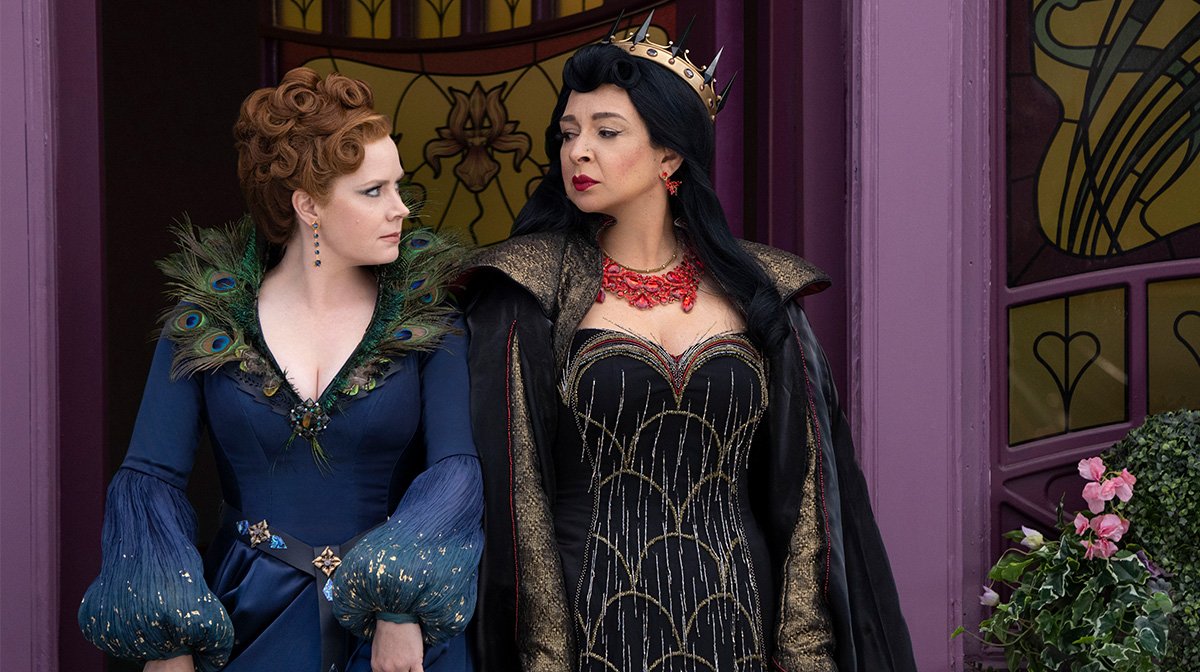 Disenchanted therefore has a more mature and bleaker story compared to the original, as Giselle struggles to keep her family together, learning that she has very little control in life – you can’t force a fairy tale into reality.

Shankman wasn’t concerned about bringing in this darker edge, which he saw as a natural evolution for both Giselle and the world of Enchanted. He explained: “For me, there was no other option as that’s where the story would evolve to.

“At the end of the day, the first film was really a romantic comedy with that comedy hinging on the fact that Giselle was a fish out of water. 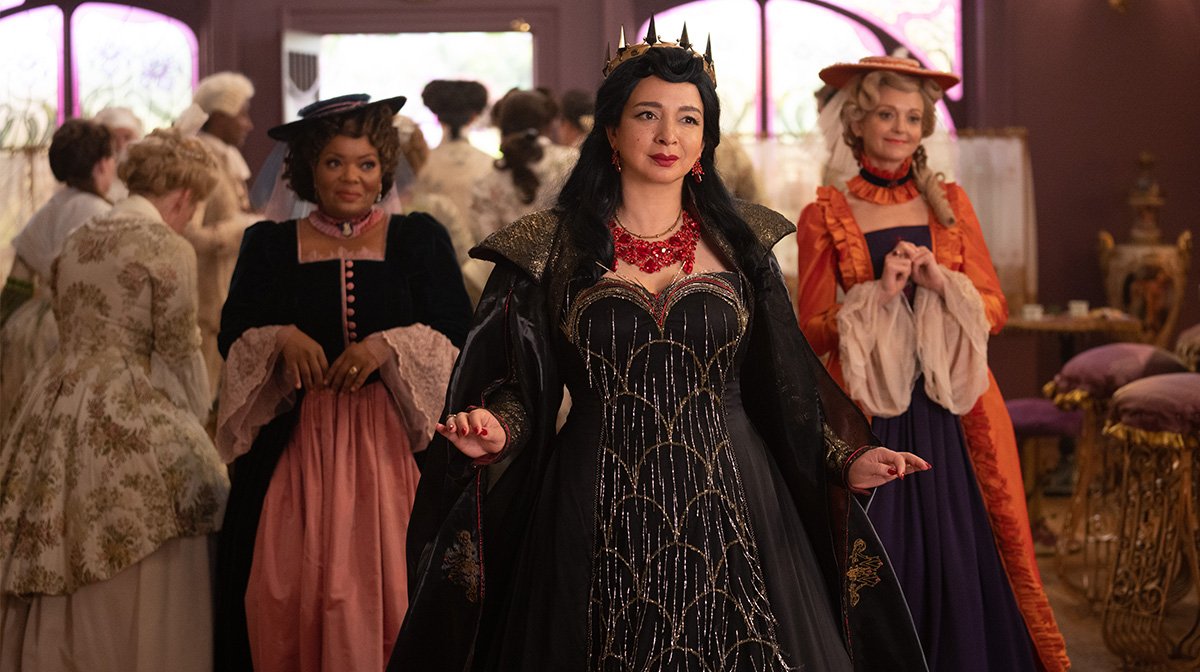 “None of that stuff was available to me but the character was still so rich and now that she’s been living in this world for ten years, I wanted to know what that would look like. It’s like a baby growing up.

“She would have naturally evolved so the question was how does she feel about that, the life that she has chosen for herself, especially since it’s more complicated than she thought?

“Just by the nature of exploring those ideas, which all come through her character, it’s more mature. There are elements which are more emotional and sophisticated, but that feels right for a person who is growing up. It just made sense.” 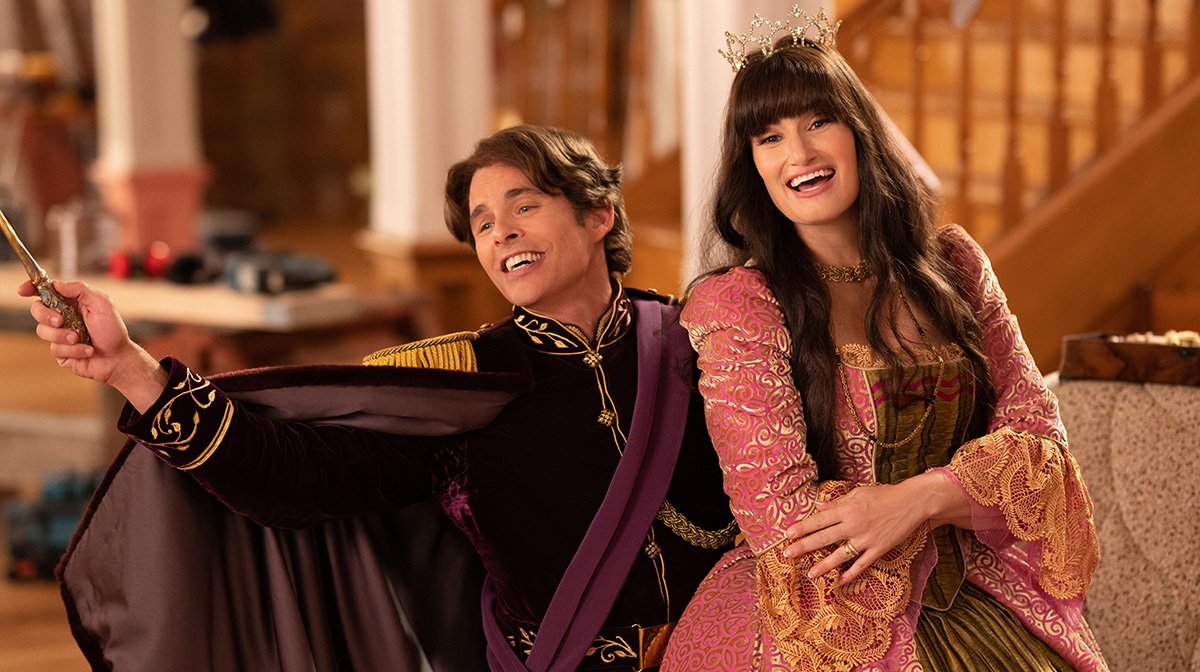 Giselle not only grows up in Disenchanted, she also lets her villainous side come out as the spell she puts on Monroeville turns the town into a fairy tale – and so, as stepmother to Morgan, our heroine becomes increasingly wicked.

It’s clear star Amy Adams had plenty of fun switching between the joyfully optimistic Giselle and the cruel stepmother caricature, with these turns sometimes happening within the same line of dialogue.

Shankman tells us it was “an absolute joy” seeing the actor bring this to life: “It was really interesting as she got it immediately. Amy knew exactly what she wanted to do, and she was going to commit – she just went for it!

“Also, she wasn’t a mother when she made the first one, so now having her own daughter, those experiences, those conflicting feelings, she explores all that. Also, that song with her and Maya [Rudolph], it’s just so bloody good!” 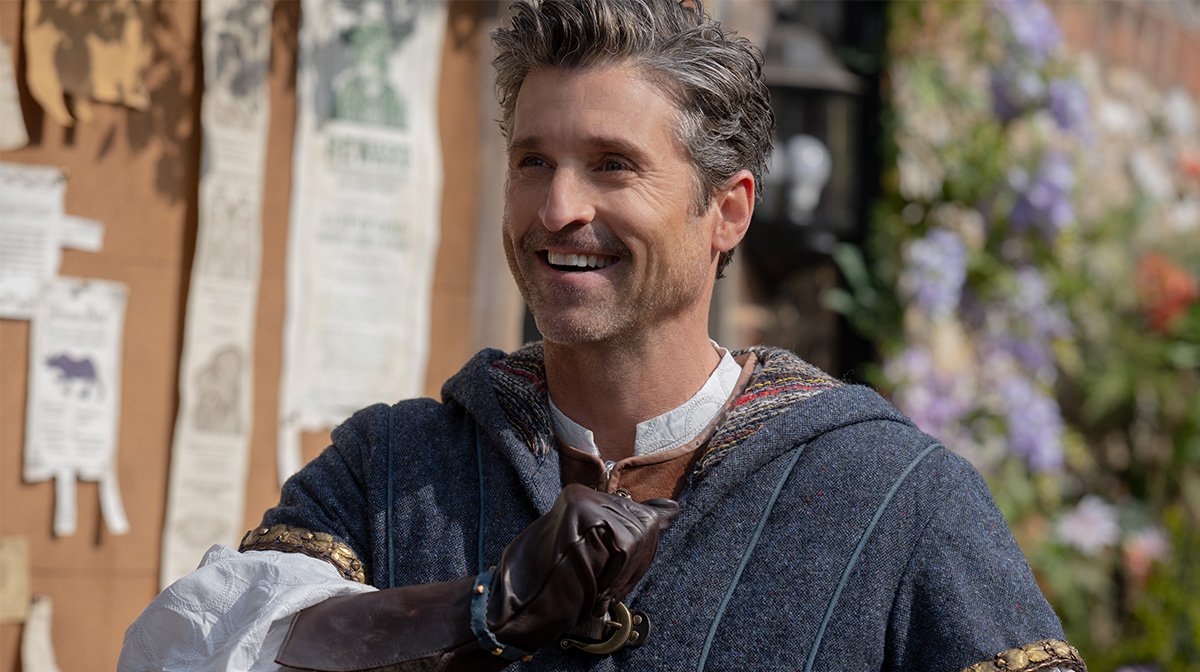 That song is Badder and it really is “bloody good” as we see the wicked Giselle face-off against her new adversary Malvina, the queen bee of Monroeville, played by a cackling Rudolph.

The riotous duet is one of the soundtrack’s many highlights, which is once again crafted by duo Alan Menken and Stephen Schwartz, both of whom are Disney legends.

Menken gleefully laughs when I tell him I’m already obsessed with Badder, being unable to get it out of my head. He explains that’s because it draws inspiration from one of the most iconic orchestral compositions of all-time: 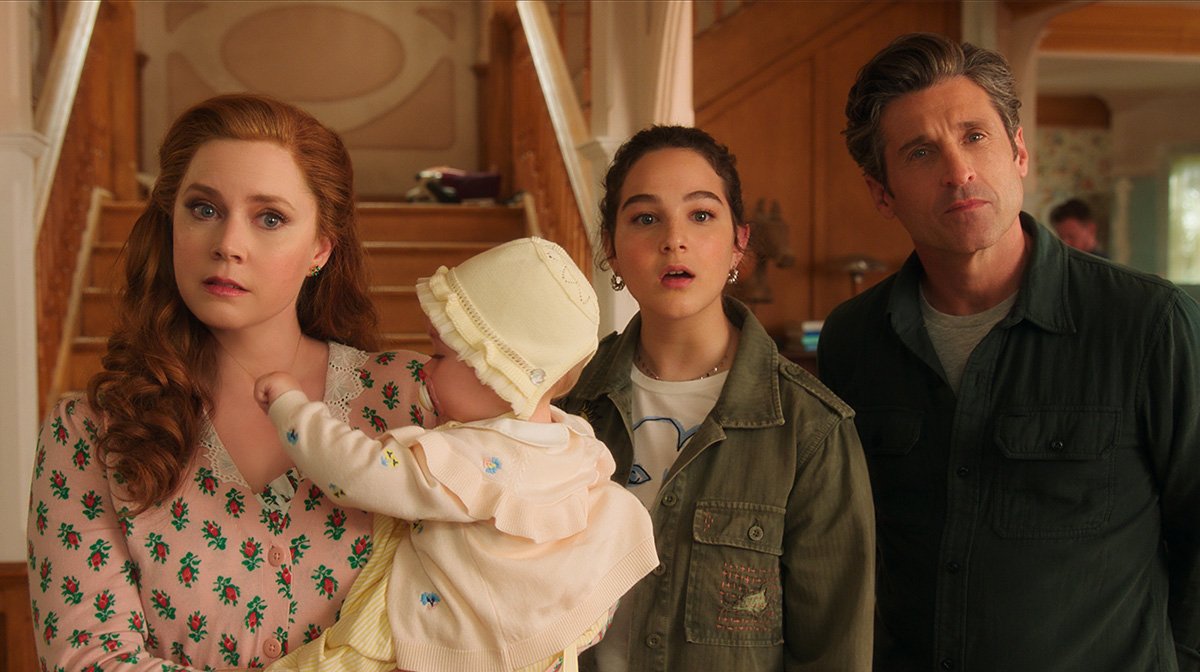 “We have two villains facing off in this song, so I wanted it to be really playful. I thought about Grieg’s In The Hall Of The Mountain King, that style, but then it evolved from there into a sexy rumba.

“I always try to go to some thread that pulls on people’s memories, so something from a classical place. It’s then almost choreographed which is really fun, as it’s like they are having a duel.”

Compared to the original, there’s more music in Disenchanted as Giselle turns Monroeville into an all-singing, all-dancing fairy tale land using the magic of Andalasia. 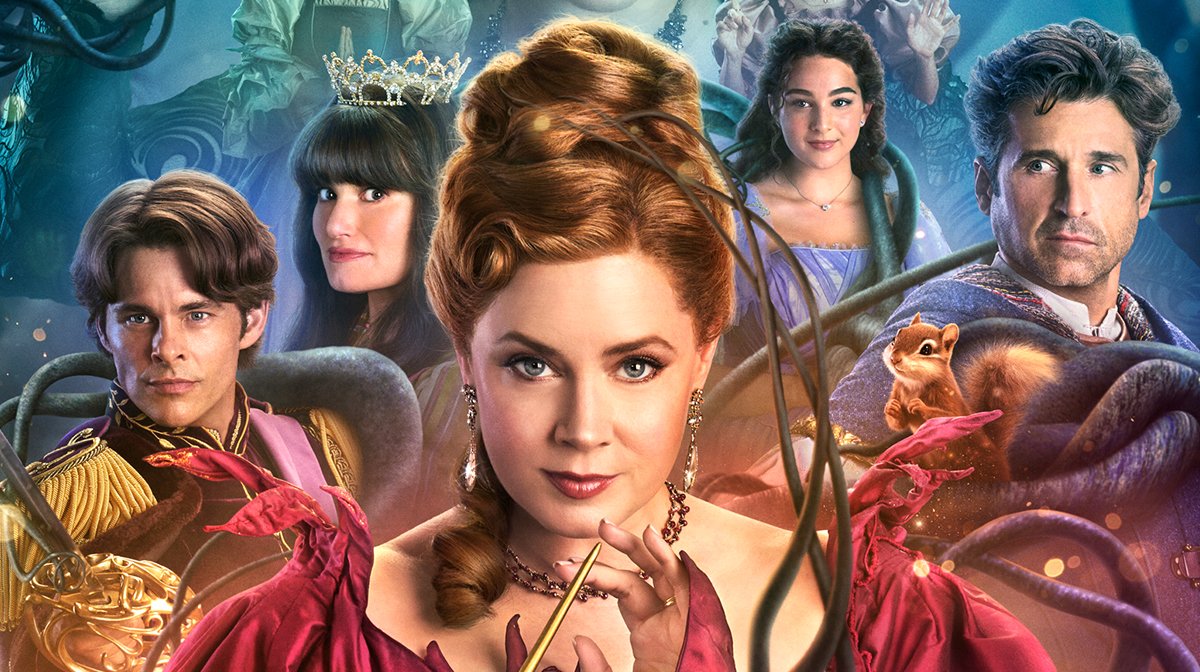 And yes, before you ask, Idina Menzel, who returns as Nancy, finally does get to sing after her tracks were left on the cutting room floor for the first film.

Producer Josephson tells us he ensured this was a priority admitting that was a mistake he made with Enchanted: “When I first talked to Amy and Adam about the sequel, I admitted I definitely made a mistake with the first film in not having Idina sing – we did try our best there, but it didn’t work out.

“In this movie it’s completely satisfied as she has Love Power, an incredible ballad that’s so meaningful within the film. Then her delivery of the wand song, I always find that so amusing!” 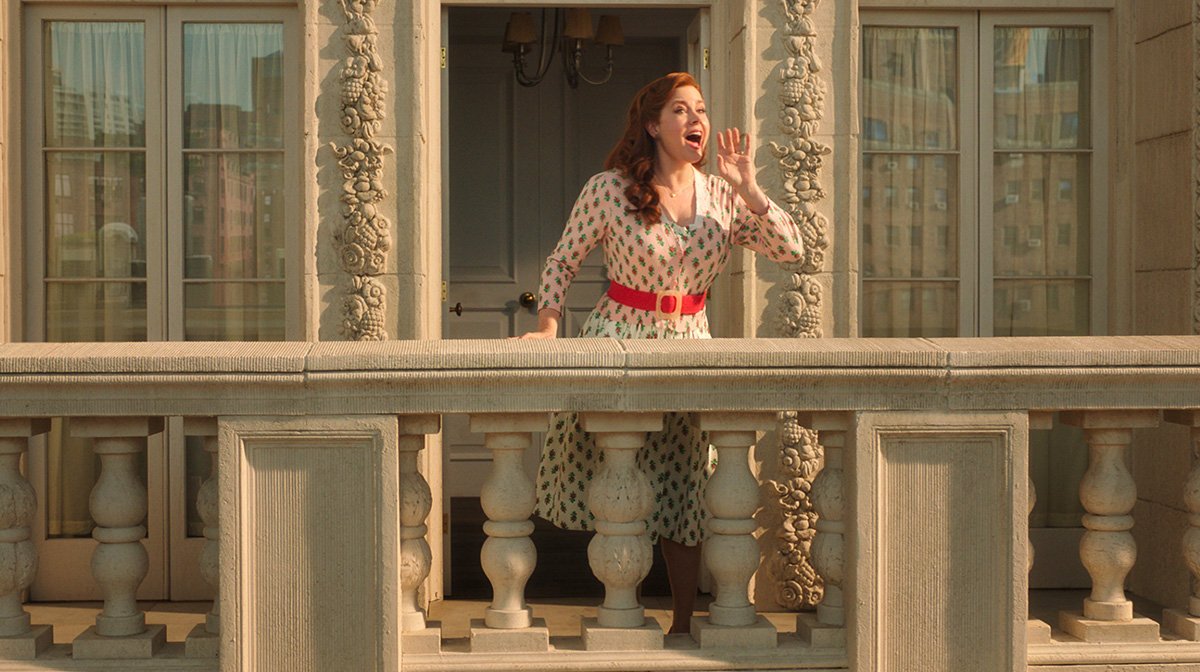 Menken was delighted that he could compose something for Menzel here, revealing that Love Power nods to two other iconic songs the actor has performed:

“Truth be told, I never write for a particular voice, I write for the character, but that said, we had a concept that winks at two very well-known songs. One was Let It Go from Frozen and the other was Defying Gravity from Wicked.

“At first it was an assignment where I was like ‘oh god’ as I’m drawing on contemporaries’ work too, but once I got into it, I very much made it my own and I was really happy with how it turned out.”

In addition to the villain duet and Menzel’s ballad, we also see Patrick Dempsey’s Robert have his own musical moment with Hard Time For Heroes whilst James Marsden’s endearing MVP Edward continues to have a song in his heart.

By far the biggest musical set piece is A Fairytale Life which involved over 250 extras, 17 horsemen, a dog, a cow, a pig, a gaggle of geese, a turtle, and finally two donkeys – yes, really.

However, Shankman teases that this wasn’t the most difficult number to film: “It was hard because of the sheer amount of people involved in it, but frankly there are numbers that we cut that were infinitely more challenging to me – but I absolutely loved them too.

“I hope one day we can share them through bonus content.” I’m sure if you ask to borrow Giselle’s Andalasian wishing wand you can ensure this happens Adam!

But for now, we have Disenchanted, a wickedly fun adventure which, as the closing song summarises, is Even More Enchanted.