For Jason Reitman, the director behind many beloved indie films including Juno and Up In The Air, Ghostbusters isn’t just a film franchise – it’s the family business.

That’s because his dad is none other than Ivan Reitman, the director behind the original movie and the 1989 cult favourite sequel Ghostbusters II.

Spending his childhood growing up on his dad’s film sets, even having a cameo as Brownstone Boy #2 in Ghostbusters II, it’s no surprise that Reitman followed in his father’s footsteps becoming a filmmaker himself.

But focusing on developing his own voice, the more intimate tone of Reitman’s films couldn’t be more different to the bonkers ‘80s comedies which made his dad famous. So despite Ghostbusters being in his blood, he kept his distance from the franchise, even stating in several interviews that there will be no busting! 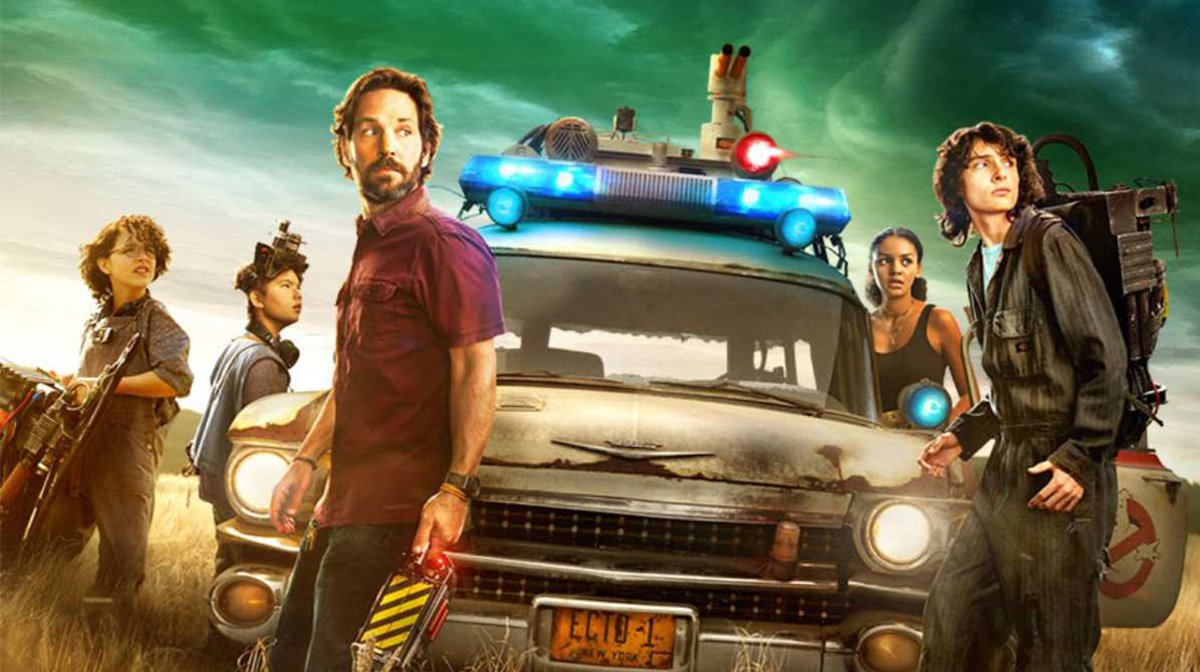 But ten years ago, something changed. Out of nowhere Reitman had a vision of a young girl holding a proton pack in a barn, an image that haunted the director like a spectre.

Unable to escape it, the vision soon found meaning when Harold Ramis passed away in 2014, with Reitman realising this girl was Egon Spengler’s granddaughter.

An idea started forming, one fuelled by this and Reitman’s own experience with the Ghostbusters universe, as he told Zavvi: “I needed to find my own way into this universe. I was clearly intimidated by the prospect of picking up my father’s greatest film, and eventually I found a story that mirrored my own.

“Someone who inherited the legacy of ghostbusting. What is it like to pick up a legacy? What does that mean? What courage does it take? How do you make it your own?” 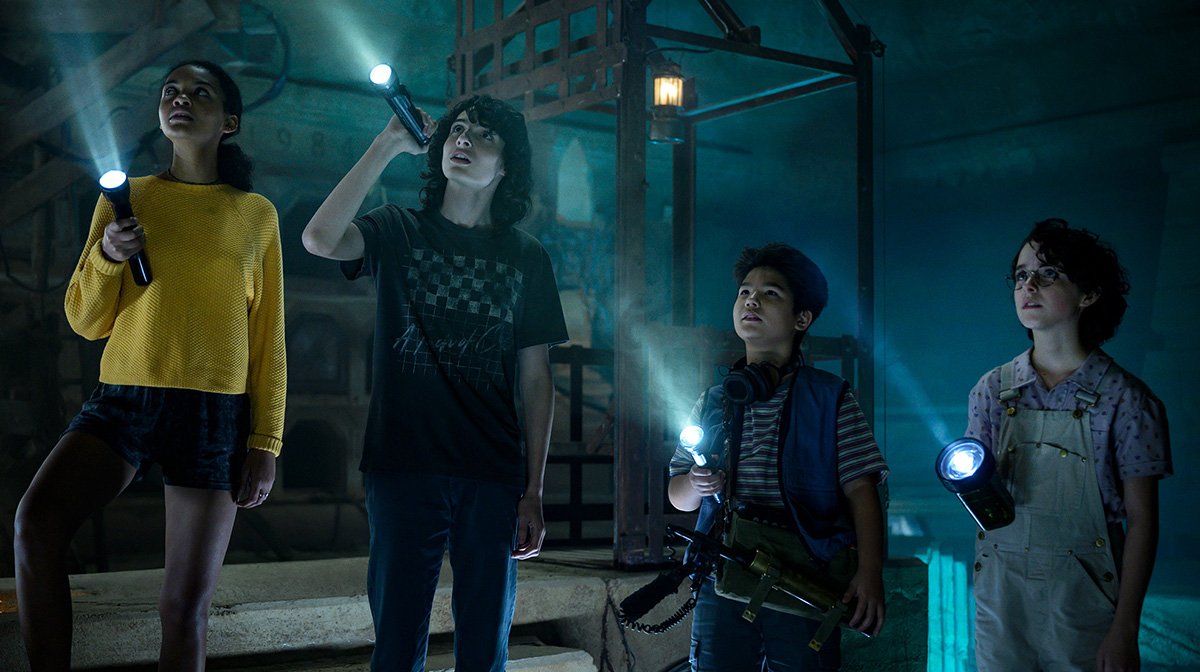 Reitman found a connection with the character of Phoebe Spengler, who would go on to be the hero of new movie Ghostbusters: Afterlife. Just like Reitman, Phoebe was also coming to terms with the ghostbusting family business, with the film following her journey of discovery as she uncovers her grandfather Egon’s history.

Now with a fully formed idea, the next step was nerve-wracking for Reitman – taking it to his father. Luckily his dad loved how his son honoured the original films, whilst also bringing his own heartfelt edge to it.

Reitman told us: “My father had made no secret about wanting me to direct a Ghostbusters film, so I think he was pretty happy that I came to him with an idea. But I don’t think he expected to be as moved as much as he was. 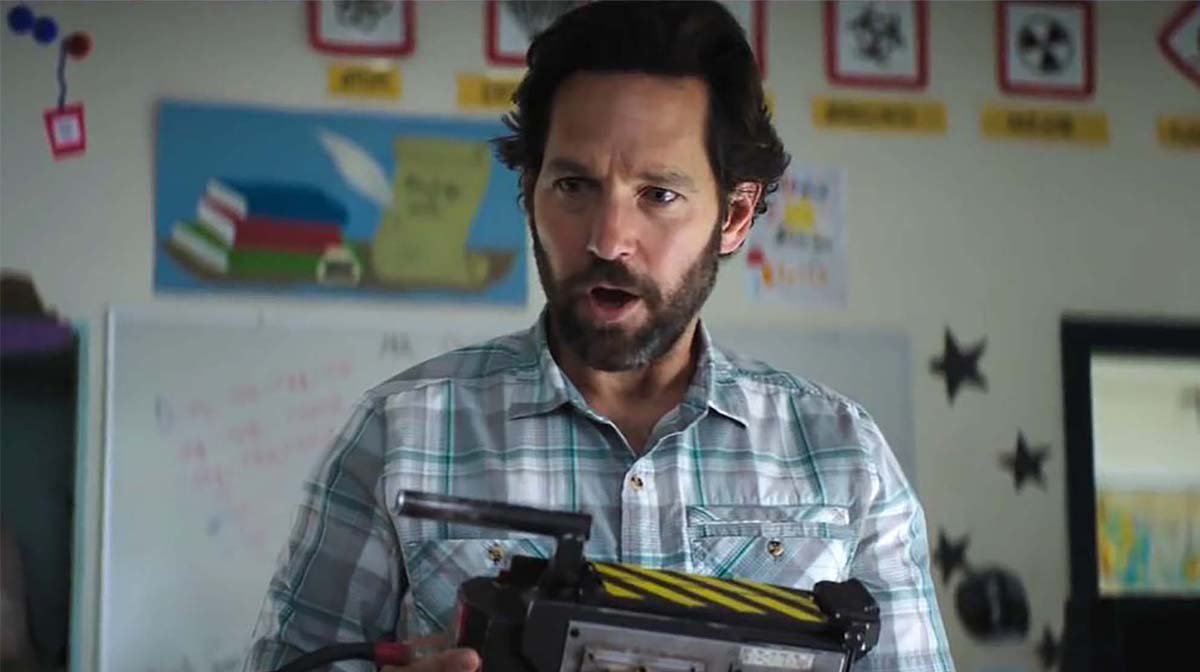 “The concept made him cry, the connection with Egon and Harold Ramis made him very emotional, so he encouraged me to write it as fast as humanly possible.”

Tasked with this mission, Reitman recruited screenwriter Gil Kenan, no stranger to the supernatural having directed Monster House and the Poltergeist remake. He also happens to be Reitman’s best friend, so who better to pen a screenplay with?

Once a script was ready, Reitman had to take what was for him the biggest step – delivering it to Dan Aykroyd: “It was so intimidating as he is the creator of the concept of ghostbusting! He has a brilliant mind and when you talk to him, it’s like talking to Ray Stantz! But he embraced the script and made me feel welcome inside his mythology.” 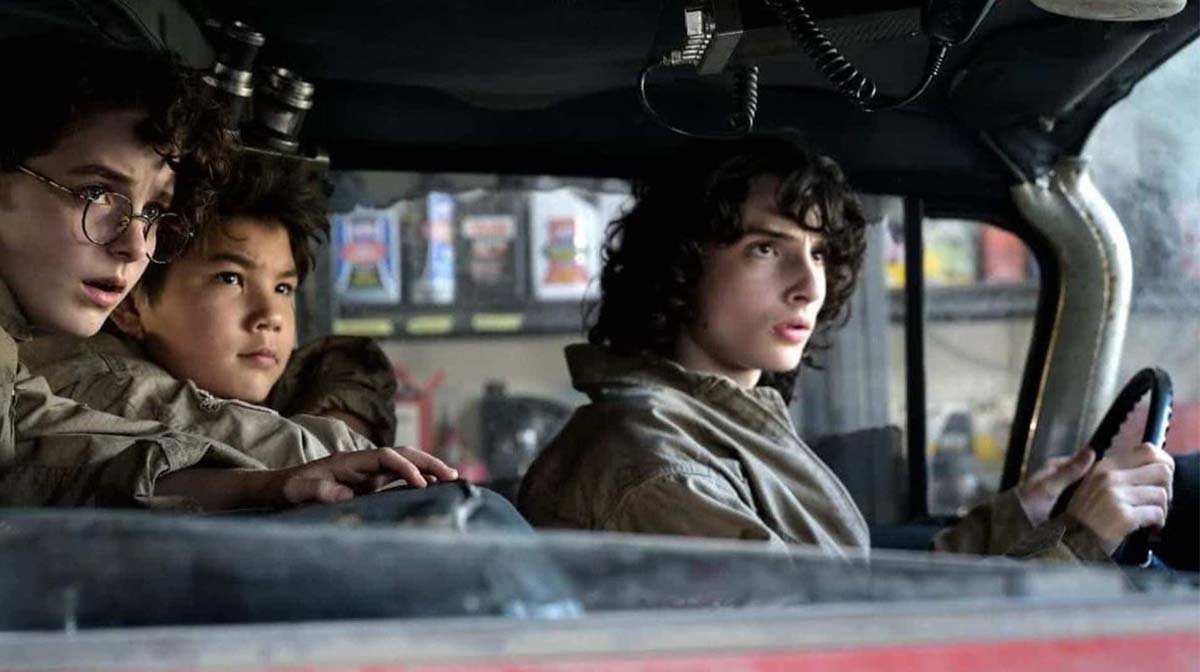 Although Reitman had the blessing of both his father and Aykroyd, it’s no secret that Ghostbusters fans are very protective of the franchise.

When the 2016 female Ghostbusters film was announced and then released, it received significant backlash, becoming a box office bomb losing $70 million.

None of this scared Reitman off though, and as a fan of the movie, he aimed to continue taking the franchise in that direction: “I think 2016’s film really broke the doors open for what a Ghostbusters movie could be, and I attribute that to Paul Feig and those brilliant actresses for broadening the idea of what Ghostbusters is.

“And it made my job easier as it made it possible for us to continue going in a new direction, to a new place, with a new story.” 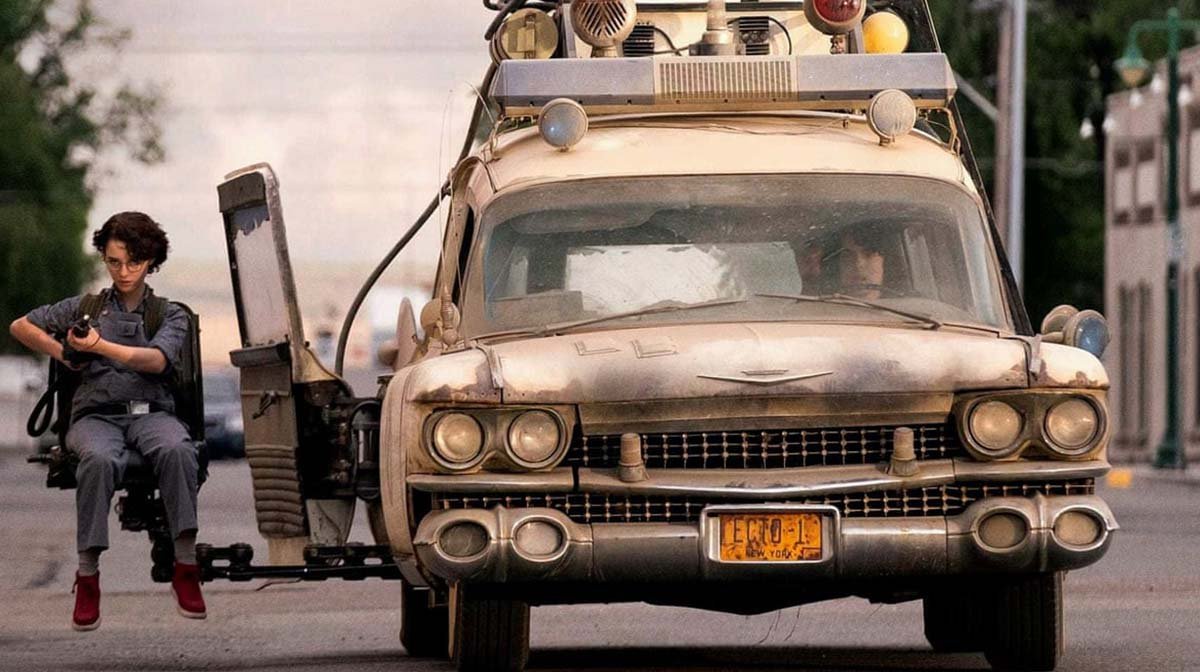 Ghostbusters: Afterlife presented Reitman with plenty of challenges, but the toughest one of all was balancing the old with the new. It had to be both a love letter to the ‘80s movies, whilst also having a fresh edge that will welcome newcomers.

So, although the original cast do return, the focus is firmly on the younger generation of Ghostbusters, led by the brilliant McKenna Grace as Phoebe, the hero of this story.

She is joined by Stranger Things’ Finn Wolfhard as brother Trevor, Celeste O’Connor as his love interest Lucky, and Logan Kim as quirky classmate Podcast.

It’s a great ensemble cast who are clearly passionate about all things ghostbusting, and if you look on Instagram, Grace even once dressed up as a Ghostbuster for Halloween prior to being cast in the movie. 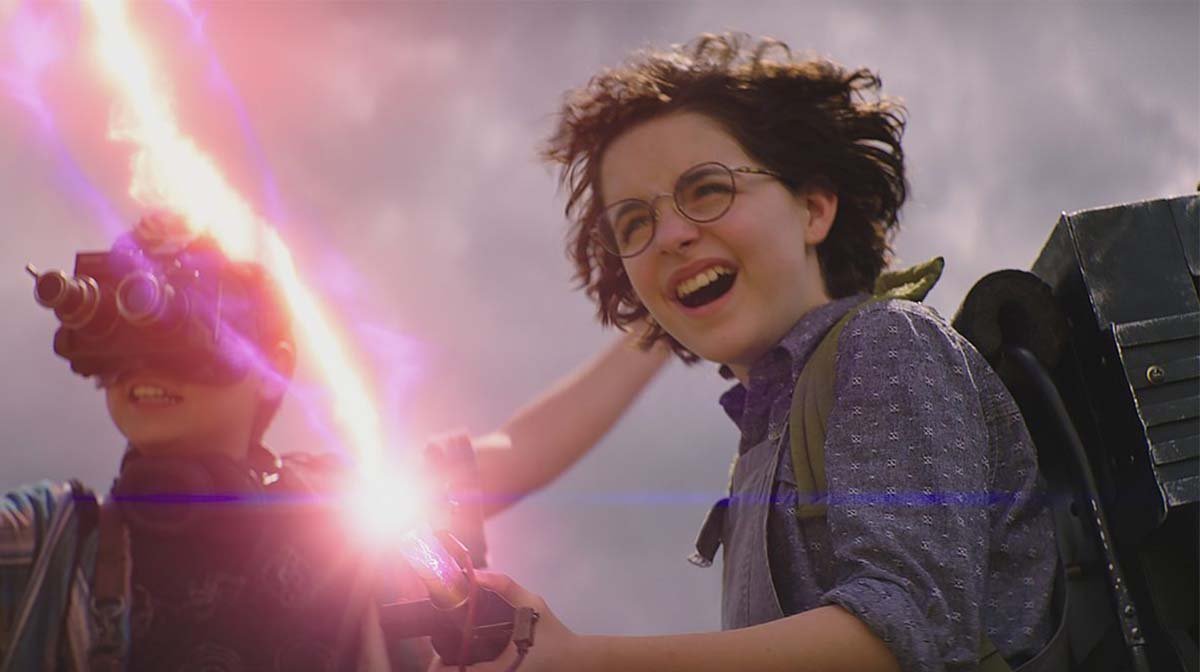 Of course, technology has drastically changed since the original films were made, but Reitman wanted to bring the energy of ‘80s filmmaking to Afterlife to ensure it “feels like a Ghostbusters film”.

He explained: “We went back to that original recipe which includes practical effects – so dry ice, wires, magnets, puppets and animatronics.

“It was a real thrill for me because it felt like I got to make a classic movie, but still had access to the latest cutting-edge CGI technology to do things like the third act set piece.” 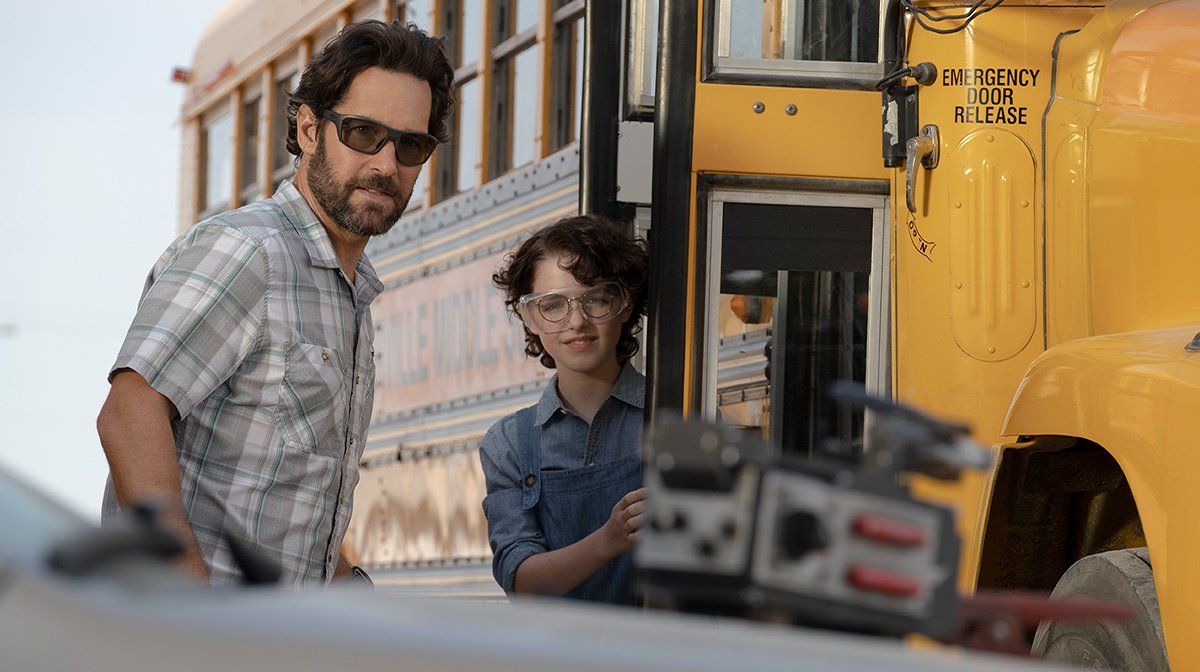 Another way Reitman’s film pays homage to the originals is through Easter eggs. Fan service is notoriously a difficult line to walk – too much can be off-putting for newbies, whilst too little may disappoint existing fans. Afterlife aims to hit the perfect balance, with references to uncover but not too many it’s overwhelming.

Reitman admits it was fun to hide these Easter eggs, and he wasn’t the only one doing so: “What’s fun is I keep on finding Easter eggs that I didn’t know about!

“Everyone who made this film from the props people to the set decorators, costume designers to visual effects artists, they are all Ghostbusters fans so were sneaking in references too! I continue to find ones to this day.” 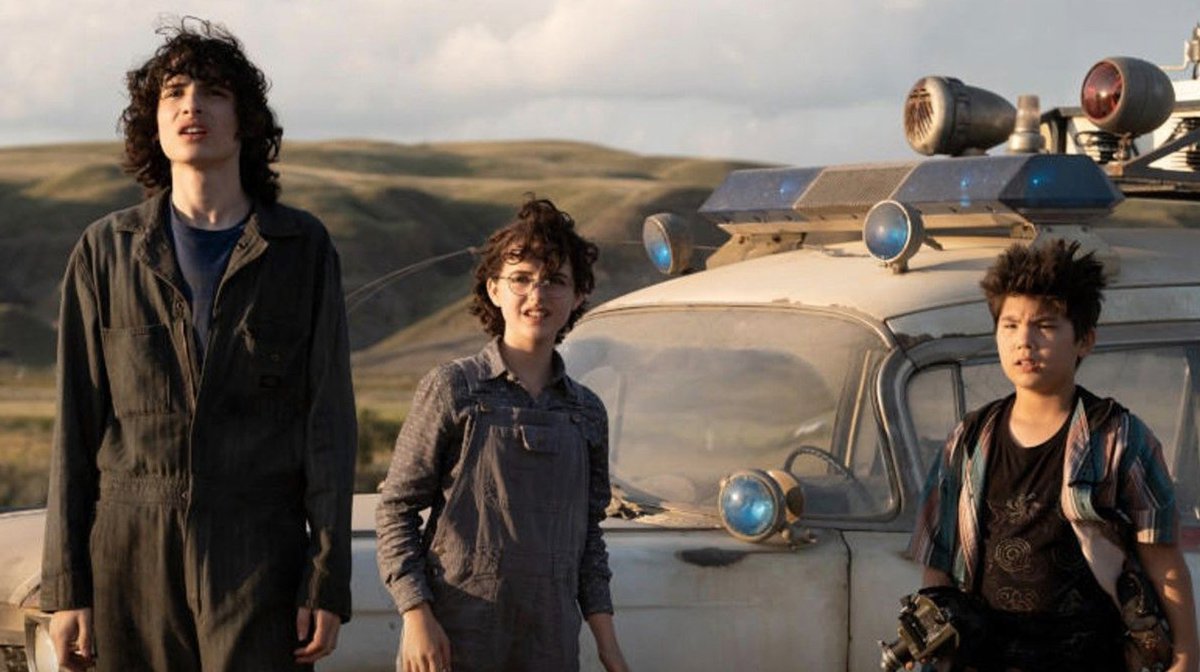 It’s quite clear that Afterlife hopes to relaunch the franchise for a new age, with the young Ghostbusters leading the way.

Of course, any hopes for a sequel are reliant on box office numbers, but Reitman remains positive: “I’m very excited about the future of the Ghostbusters universe.

“We have a lot of ideas, but firstly this movie has to come out, and I hope people embrace and love it the way we made it, and if they do, I’d be honoured to keep on telling stories in this universe.”

Ghostbusters: Afterlife will be exclusively in cinemas from Thursday 18th November.